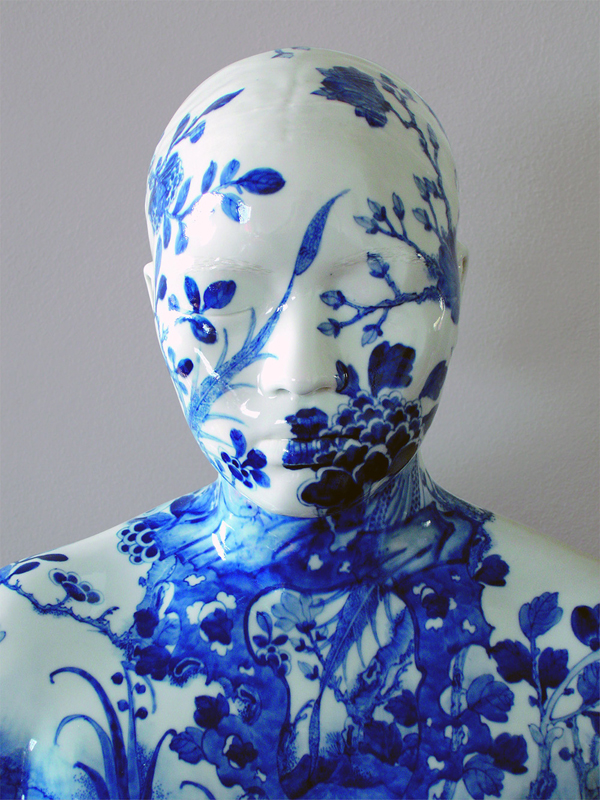 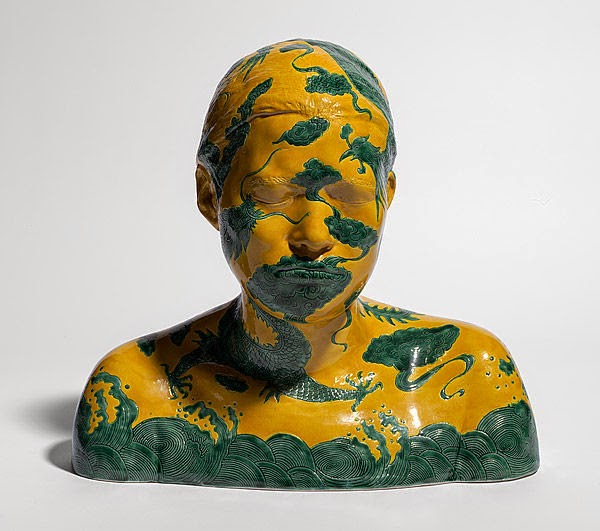 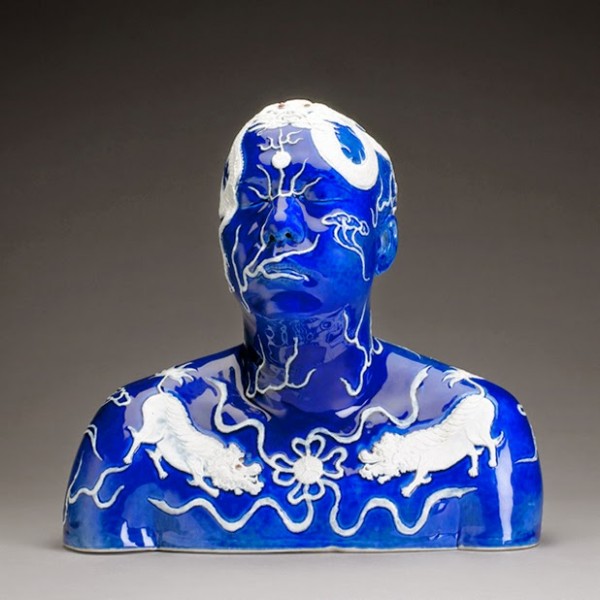 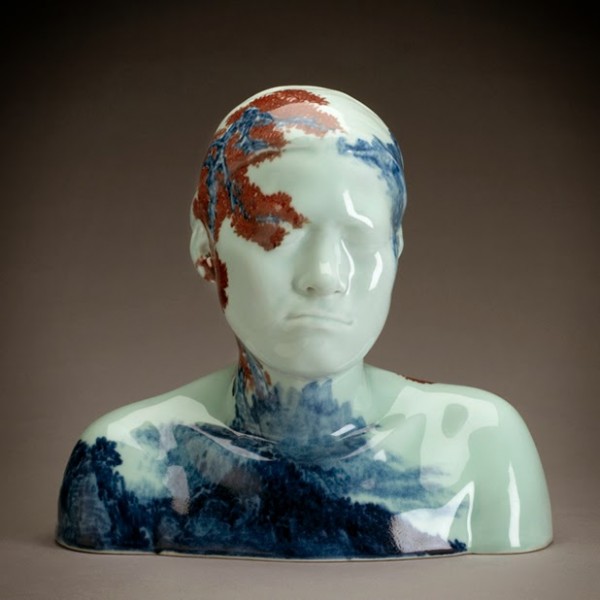 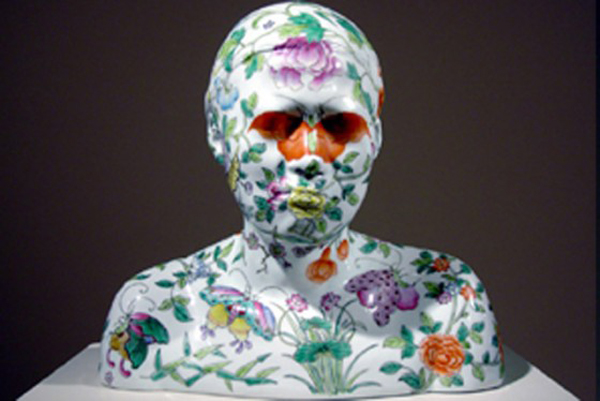 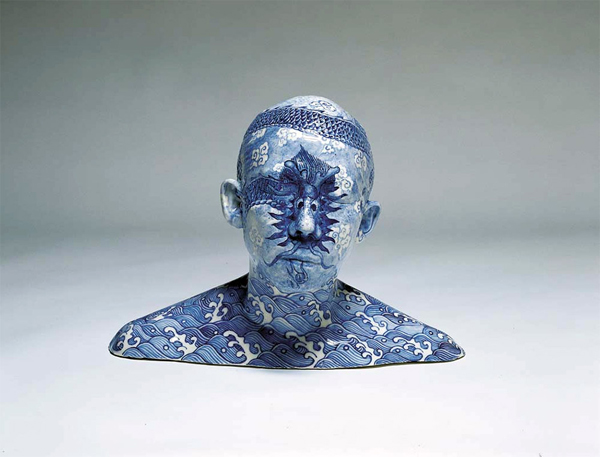 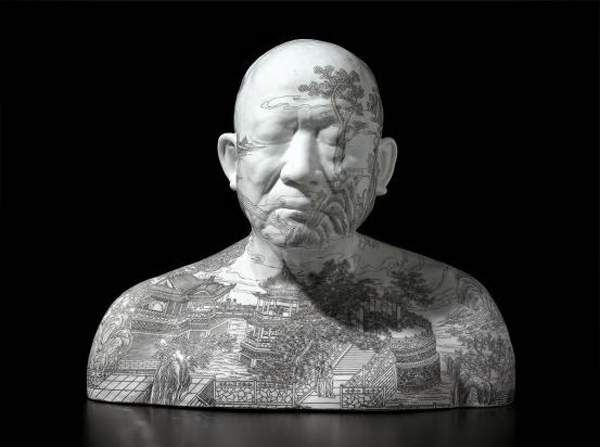 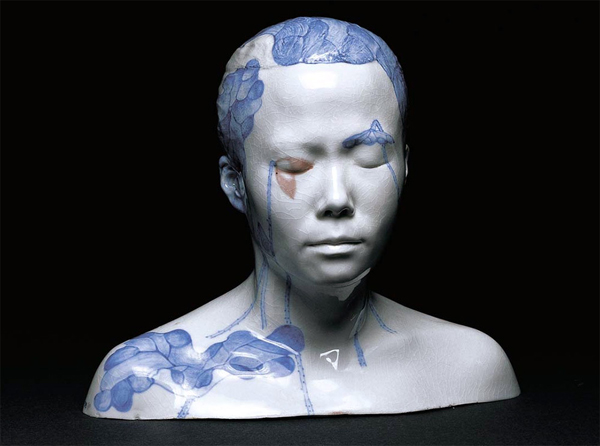 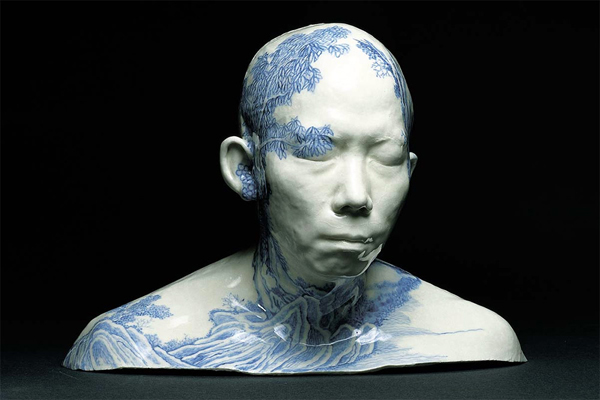 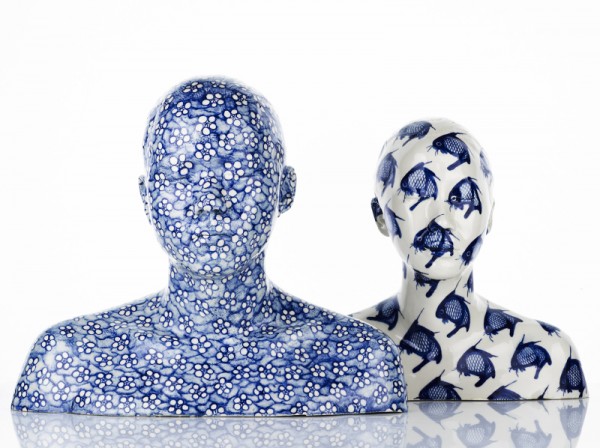 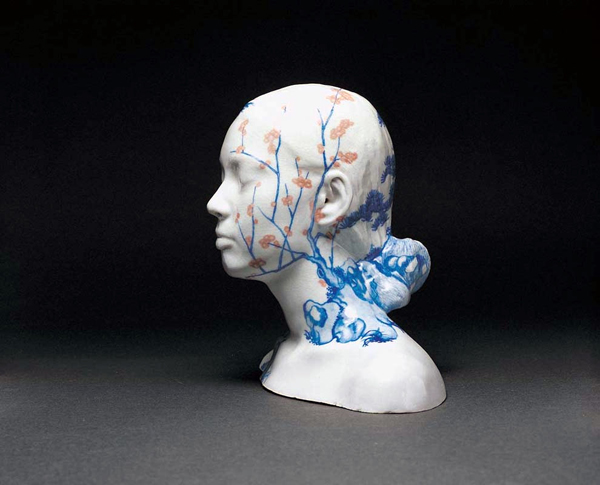 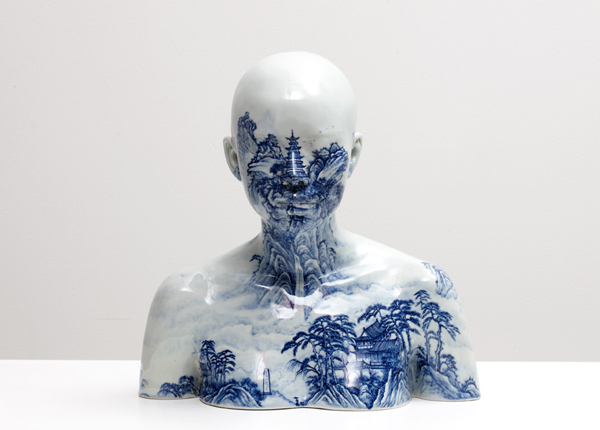 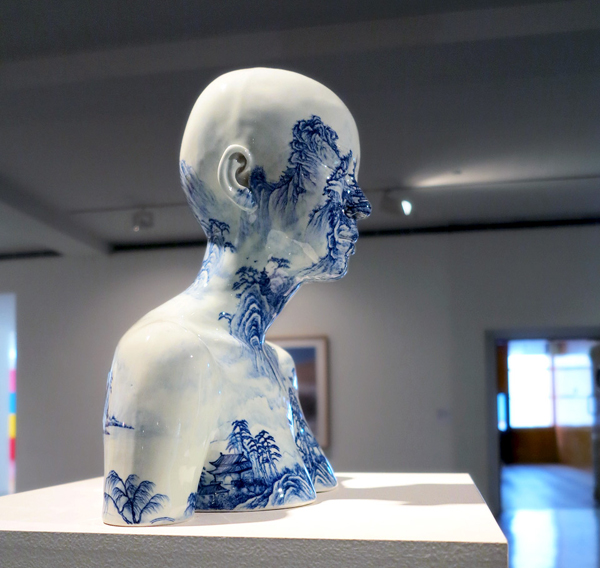 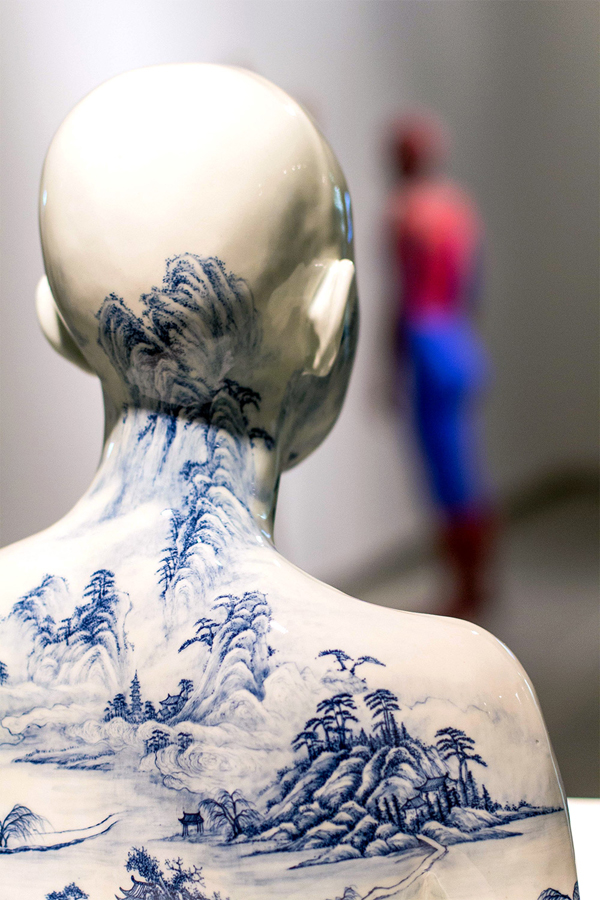 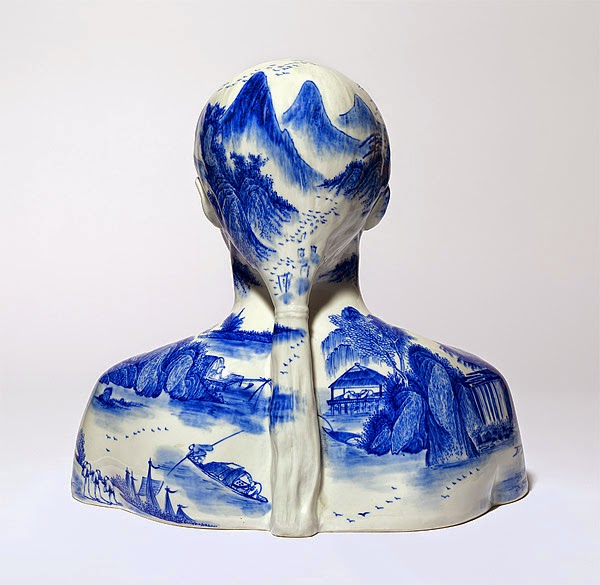 These sculptures by Ah Xian establish a series of multilayered oppositions. The most overt is the tension between the sculptural form of the bust and the painted surface designs, which the artist likens to the oppositions of West and East. The bust is part of a Western portraiture tradition dating back to the busts of ancient Roman times and the designs are derived from Chinese decorative traditions, unique to China and in some cases to the studio-kilns at Jingdezhen. Such an opposition can also be seen as the relationship between the personal (since many of the busts are of Ah Xian’s family, including his wife, brother, and father) and the political (a statement about the artist’s own Chinese heritage articulated outside China). – Asia Society