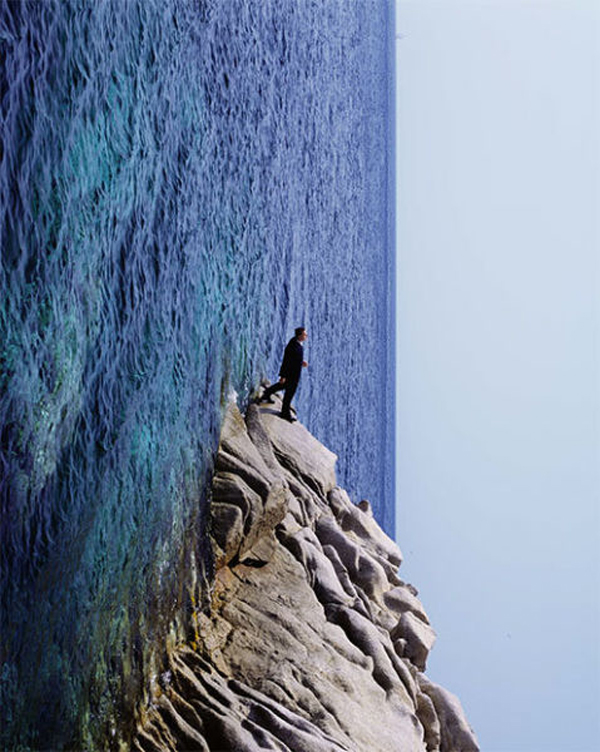 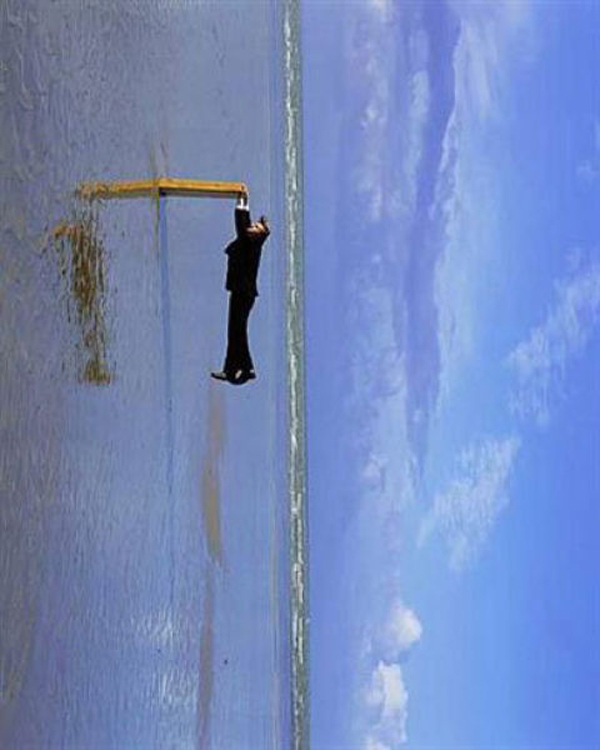 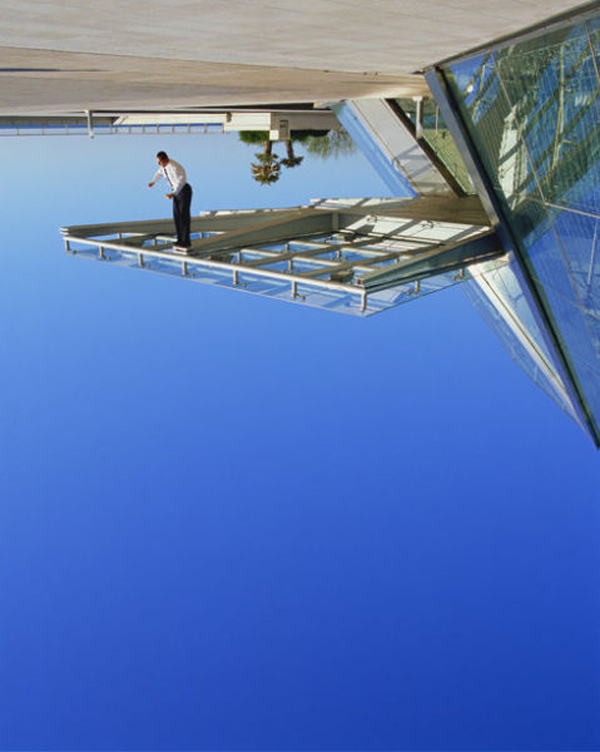 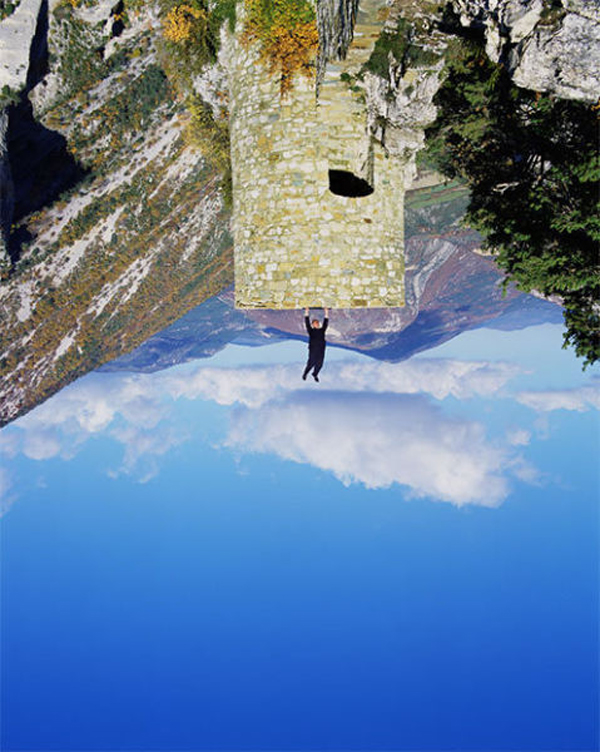 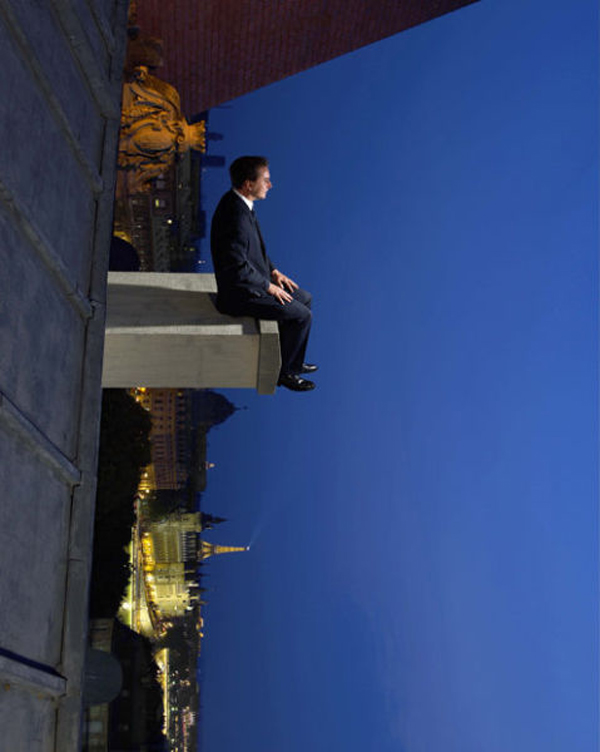 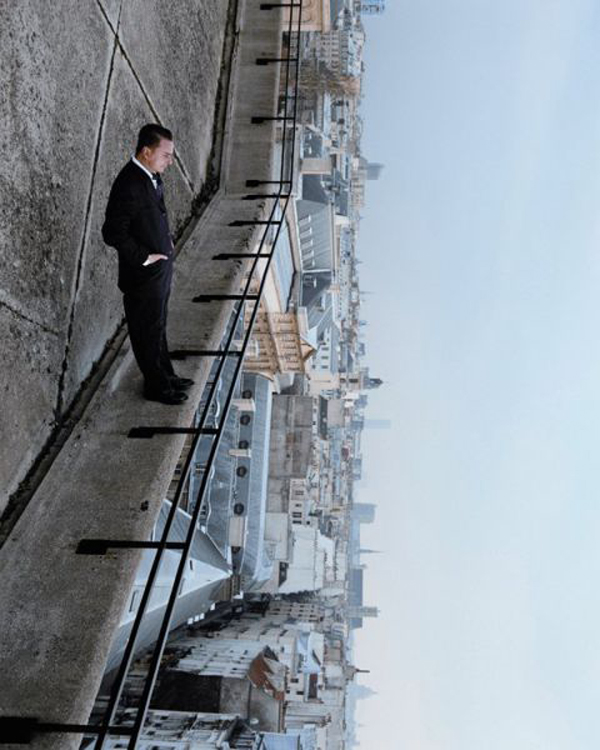 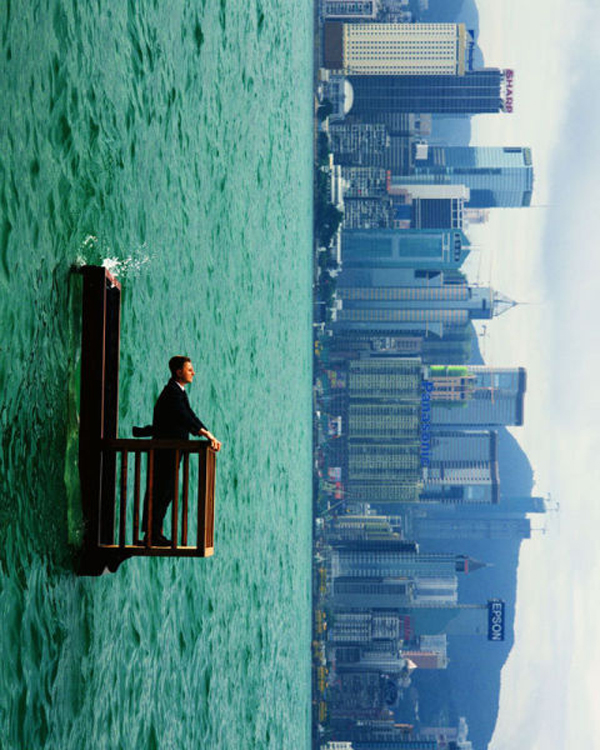 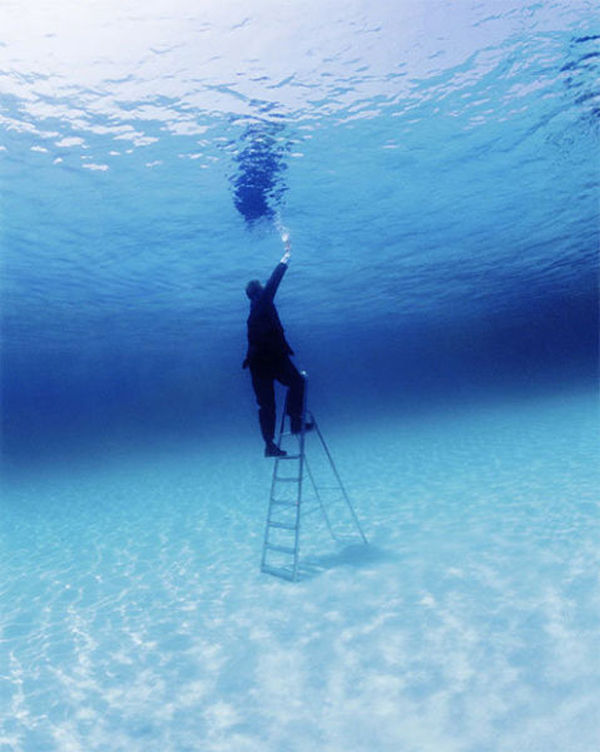 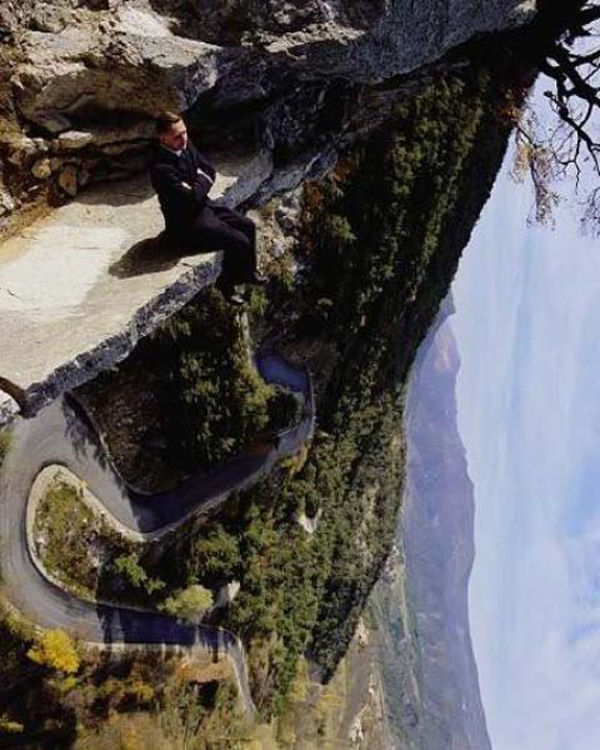 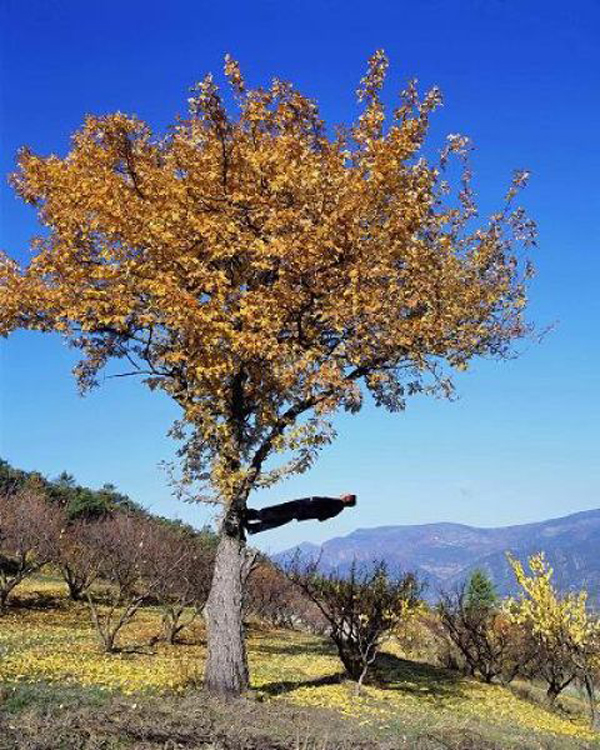 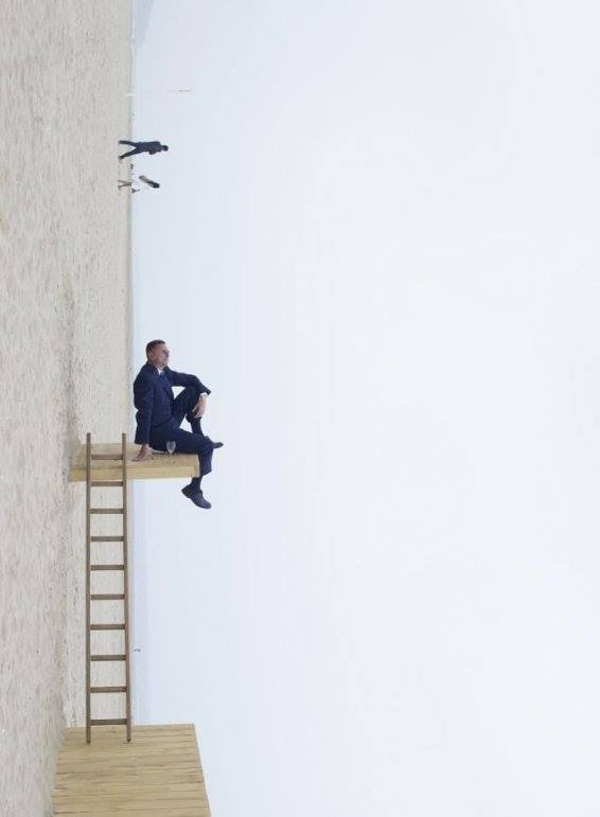 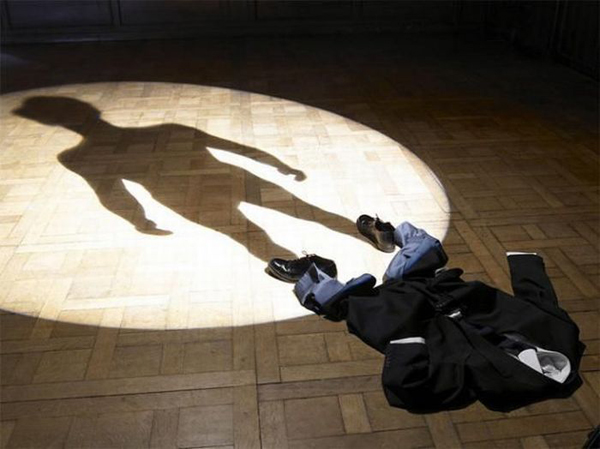 Surprisingly but none of these photos are photoshopped.
French artist Philippe Ramette loves to create such thought-provoking photos.

The French artist Philippe Ramette believes nothing should ever be faked. His improbable, gravity-defying poses might look like classic Photoshop, until you notice they are peppered with little incongruities. “You see a tension in my hands, my red face is far from serene as the blood rushes to it, my suit is ruffled.”

Ramette, who still sees himself a sculptor rather than photographer, goes to extraordinary lengths to create his implausible set-ups, building hidden metal supports that he calls “sculpture-structures”. Metal rings tether him by the ankles as he hangs motionless from the Grimaldi Forum building in Monaco, his trousers and tie strapped down and his hair gelled flat to give the impression of being upright. Above a winding road in southern France, a metal seat hidden by his suit juts out from a slab of rock, holding him up. Both photos are then turned on their heads. Every image is the exact reproduction of one of his drawings; sketches that he considers to be film storyboards, reconstructed by his faithful team while he directs the image. “I never question whether it’s going to be complicated,” he says.

Read more at theguardian.com
Via: acidcow.com