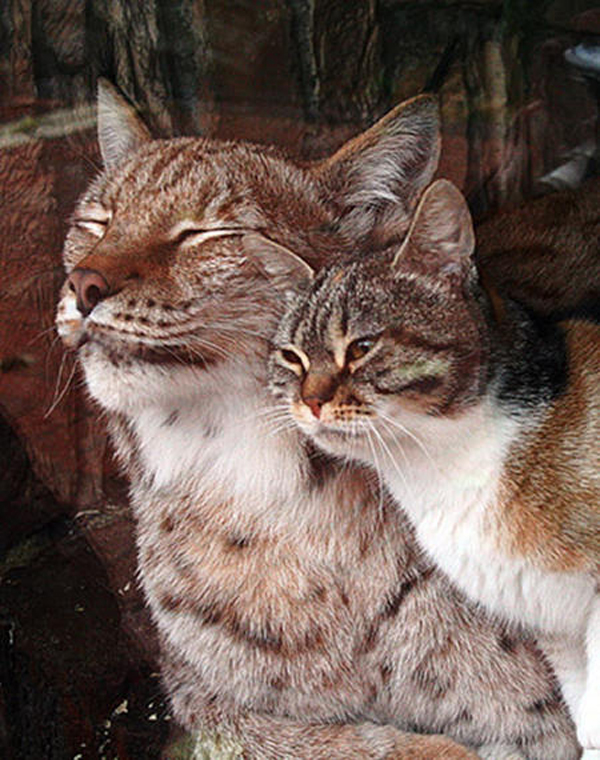 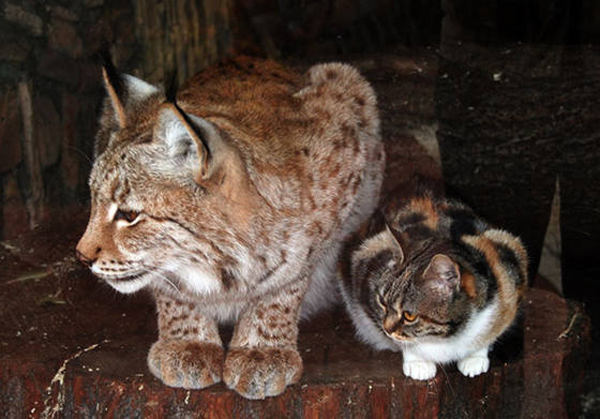 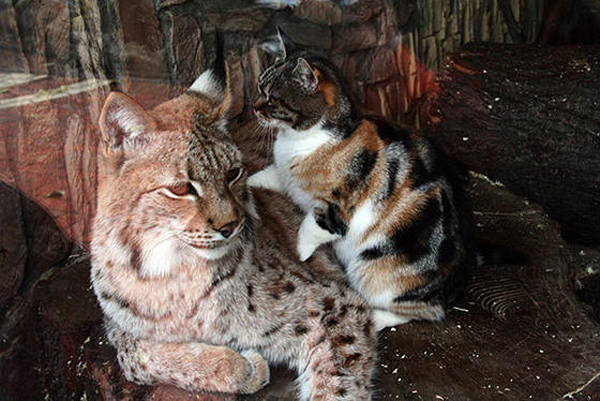 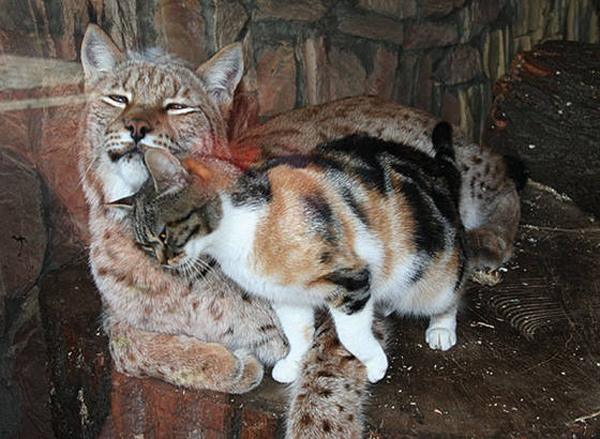 An European Lynx had a feline friend who came to visit her everyday at the Leningrad (St Petersburg) Zoo, the oldest zoo in Russia. The calico cat bonded with the Lynx on the first day they met. They have been inseparable since. Now they are living together at the Zoo.

According to the local people, the calico was homeless and happened to find food in the lynx’s enclosure. The lynx did not reject her, rather she became her best friend. It seems as if the cat needs the lynx as much as she needs her. The zoo adopted the cat so that she and her lynx friend could live together.