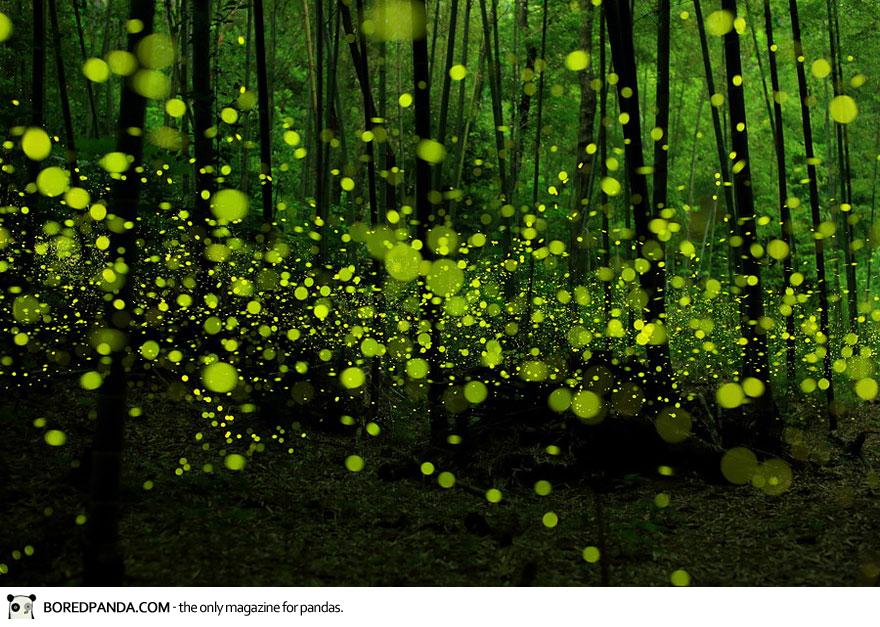 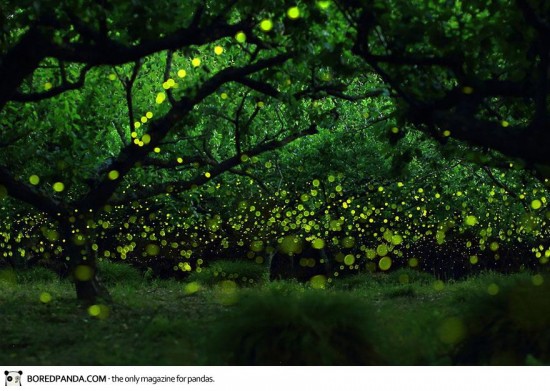 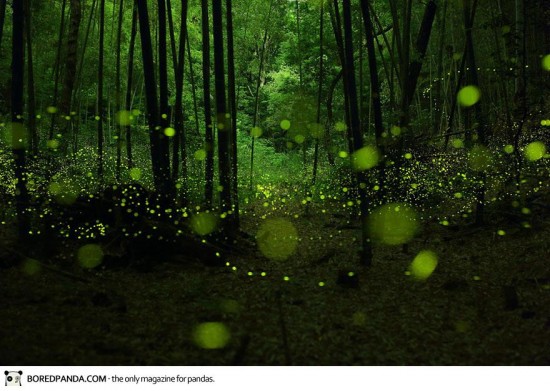 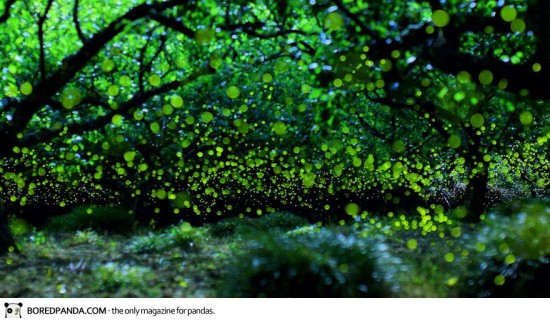 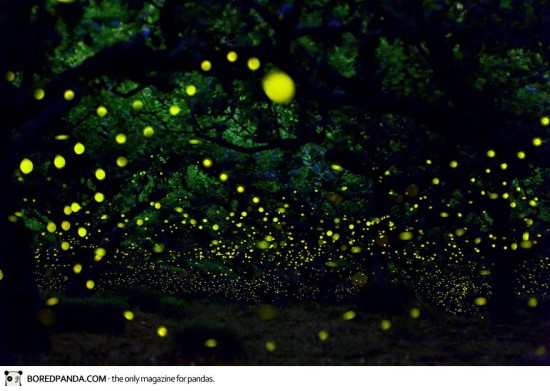 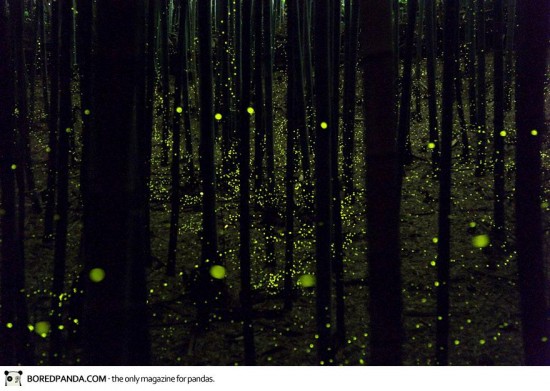 His long exposure shots (often 30 seconds at ISO 800) were taken with a Canon 5D Mark III and 50 mm lens. The aperture was set at f/2.8 – this made the closer fireflies look like out-of-focus circles of light. Finally the photos were combined together into composite shots.

According to Wikipedia, there are more than 2,000 species of fireflies, but despite their name, only some species produce adults that glow. These lightning bugs produce the most efficient light in the world – nearly 100 percent of the energy in the chemical reaction is emitted as light.