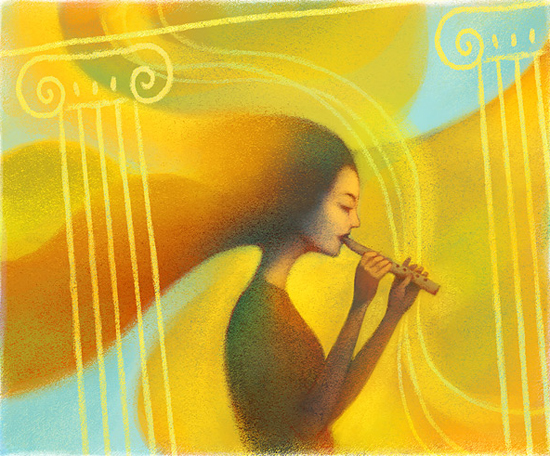 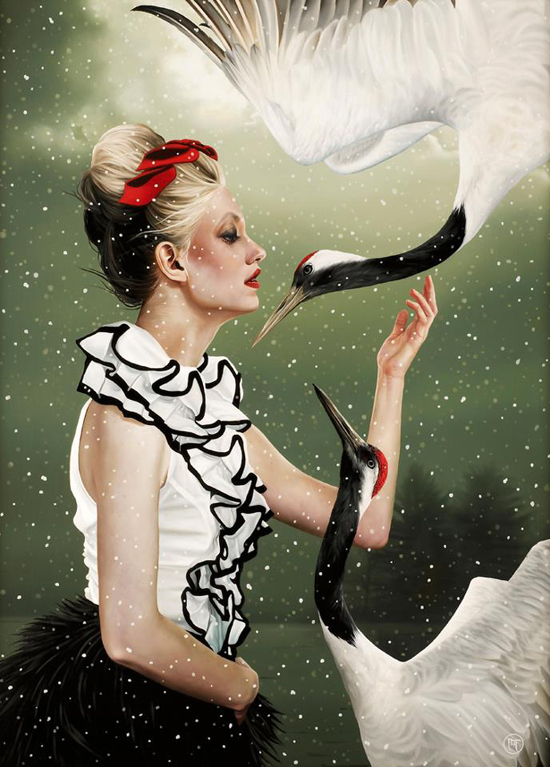 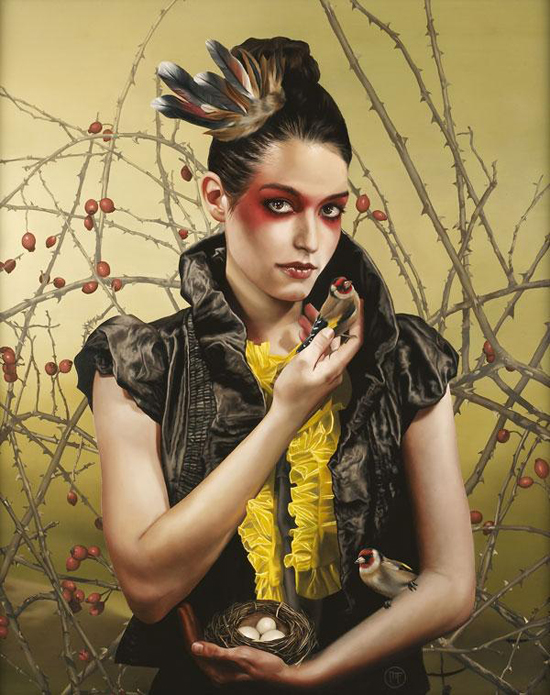 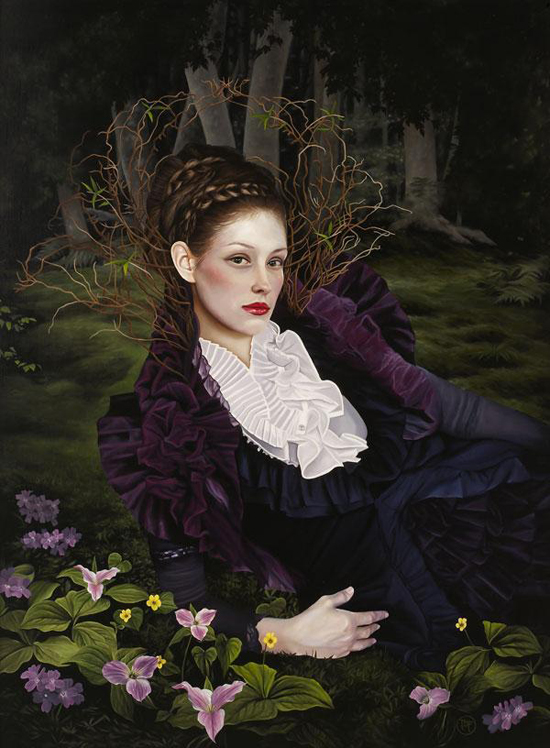 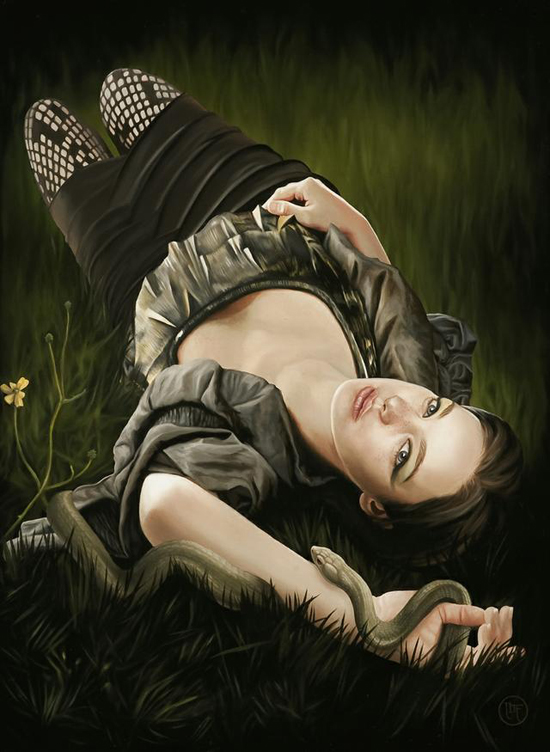 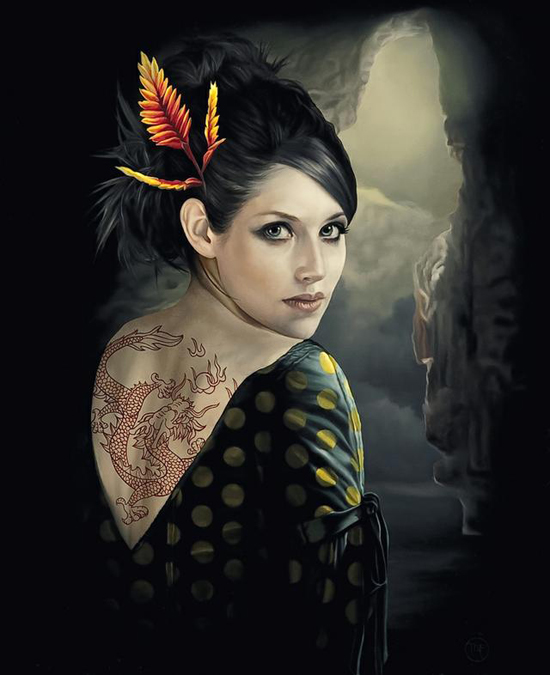 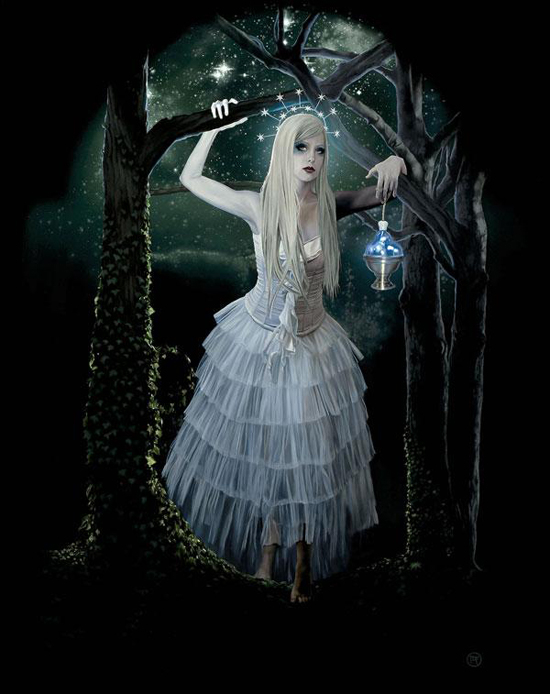 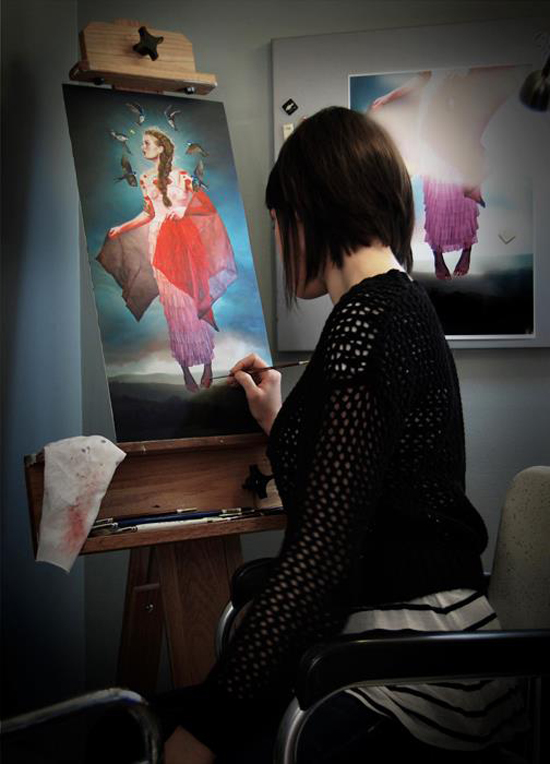 “Melissa Forman spends her time creating a richly visual world filled with characters created from an opulent, mysterious, and often eerie imagination. Her lovely, idealized figures seem lost in their own worlds, drifting between the 16th, 18th, 19th and 21st centuries. Created from a mix of appropriated imagery from times long past and modern photographs from her personal collection, her portraits draw from obvious traditions in the genre but take on a life of their own. Her figures are strangely perfect and almost frozen in their expressions and poses. They evoke a traditional sense of etiquette and grace while reaching outside of their image to provide a window into something deeper and far more human. While these mysterious, and sometimes withdrawn, figures were created from photos of friends and family of the artist, they are not meant to represent themselves, rather, they portray emotional states and aspects of the human psyche. Melissa has carefully calculated each one by changing colors and manipulating features to evoke a mysterious and sentimental mood. Alienated from their real world and time, these images become metaphors for emotional and psychological states. They exist as a product of Melissa’s pursuit to create beauty and recognize the elegance and sincerity of genuine human emotion.” – via Melissa Forman’s artist statement.