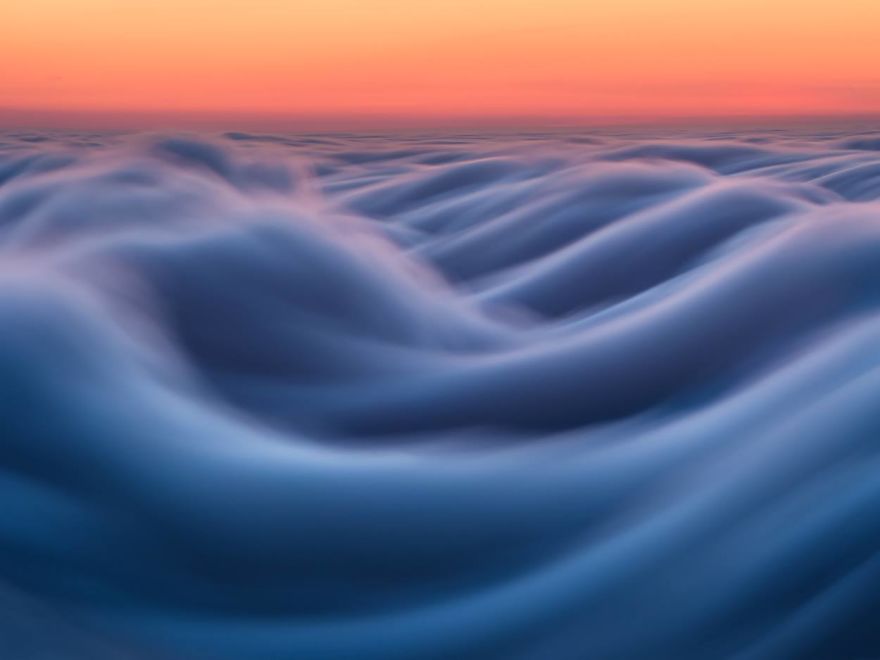 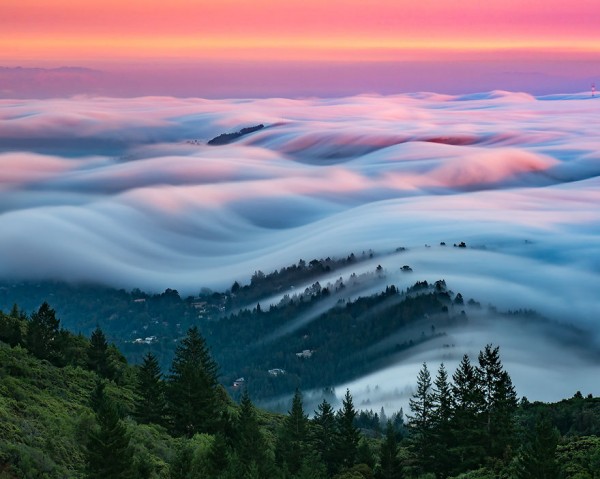 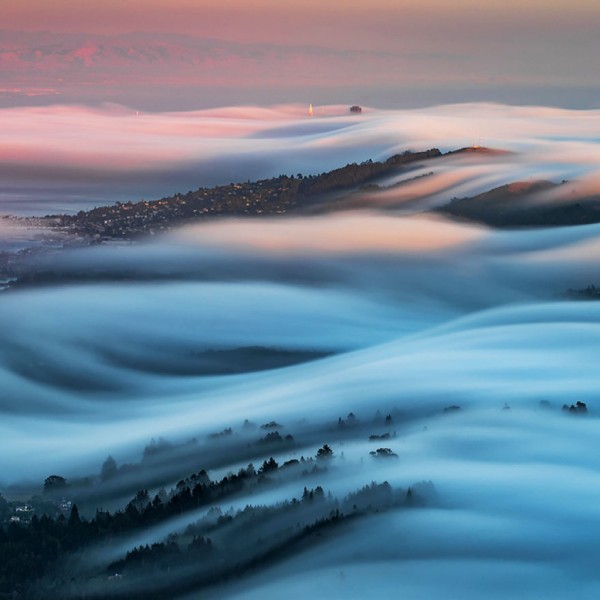 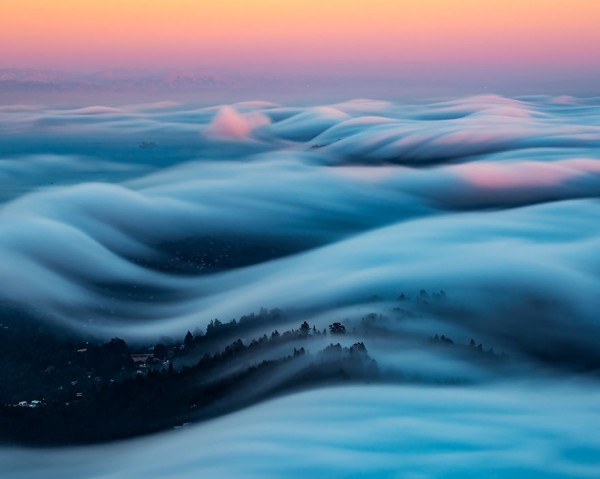 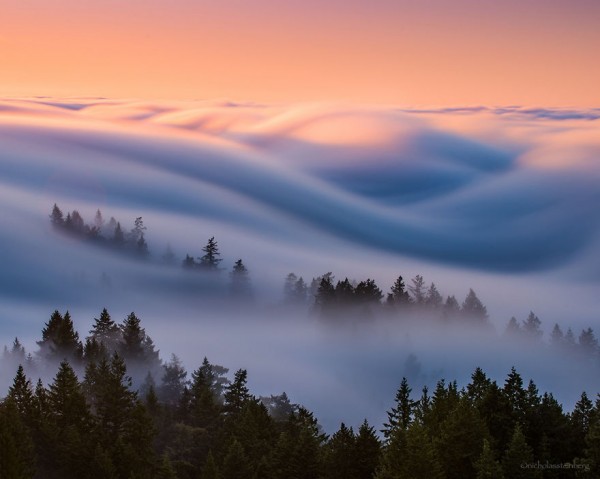 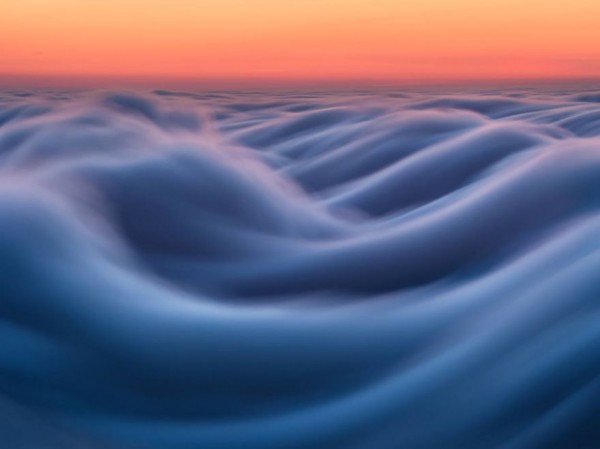 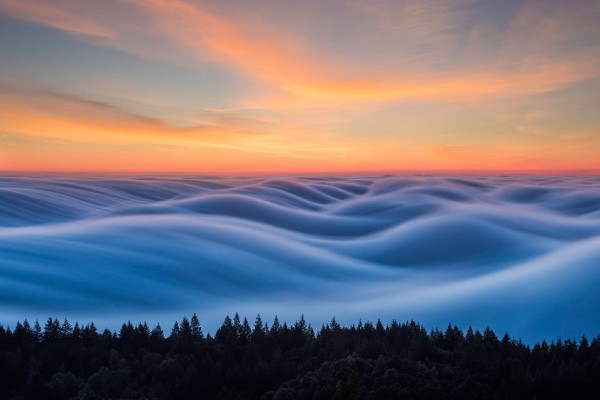 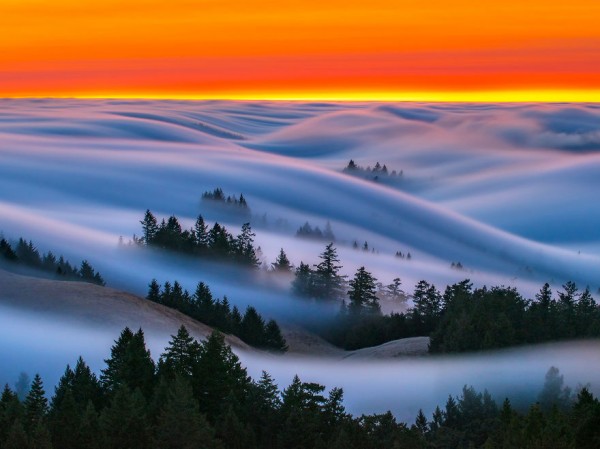 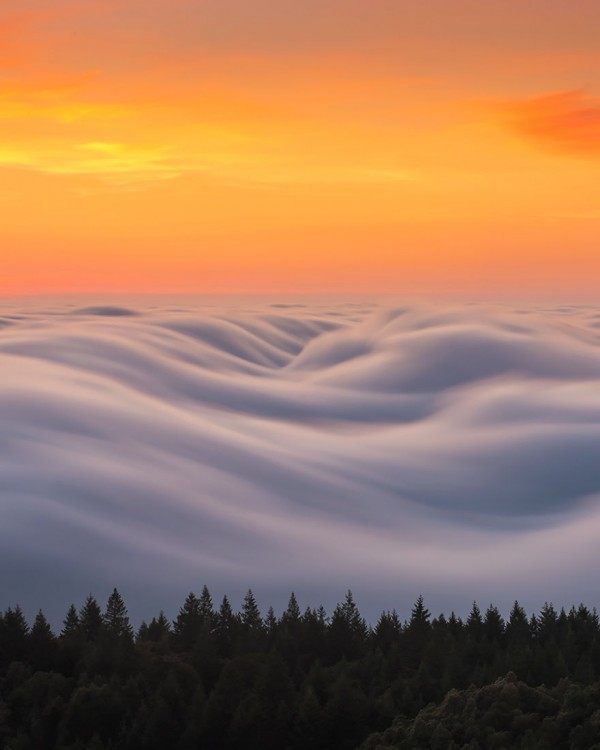 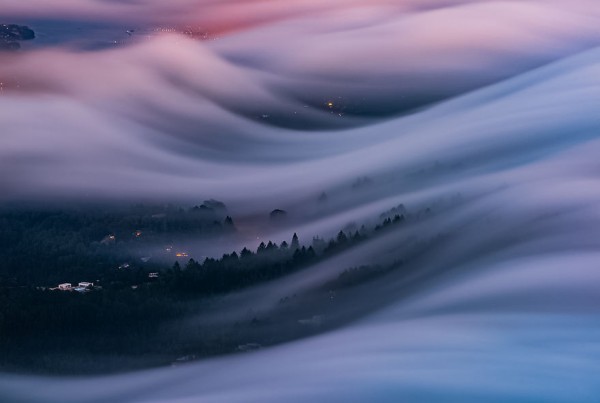 For the last 8 years I’ve been shooting in the San Francisco area I have been absolutely obsessed with the fog. Night and day it’s what I live for and what defines my photographic style. I check the cams, satellites, and other forecasts to always be able to just get up and go. We even have a small group of about 20 of us known as, “Fogaholics” where we keep each other updated all the time as soon as we see it roll in.

Recently in my studies of the area I have discovered something amazing! During the summer months, when the fog is created from high amounts of inland heat, it gets too high to shoot in the bay area (including the Golden Gate Bridge) as it is usually above 1,000′ and the bridge sits at 746′. In addition, since it is coming from the Pacific ocean, the coastline is pretty much unshootable. So the only option is to hit up the high vantage points, one of the best being Mt. Tamalpais, which sits at 2,572′. Mt. Tam allows you to get, “above it all” and is literally heaven on earth as you feel on top of the world or almost on an airplane looking down on clouds. What I discovered from hundreds of trips up there is, when the fog rolls through and is at the perfect height and density, it will create wave-like movements as it contours the land. This is where I coined the term “Fog Waves” as it literally looks like waves that resemble the ocean.

I found that when playing around and experimenting with different shutter speeds in my camera it would either freeze the movement or accentuate the flow and make it more buttery and smooth. This is all done “In camera” and not photoshopped. I do this by putting on dark filters known as ND or Neutral Density filters that trick the camera into thinking it’s night time forcing a longer shutter speed. Doing this is how I am able to get these smooth effects and sometimes I shoot up to 2 minutes depending on the flow. Too long and it can turn to mush and too short will be too textured. Shooting fog is a study and takes a lot of patience, preparation, and knowledge of the area to catch it as it is very elusive. In the end though, the chase is always worth it and the views on Mt. Tamalpais are literally something out of a dream! 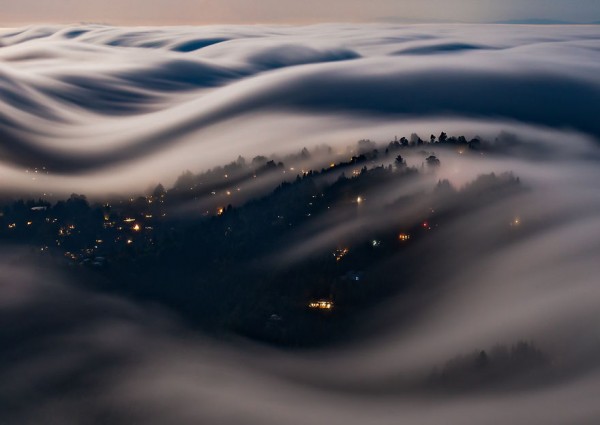 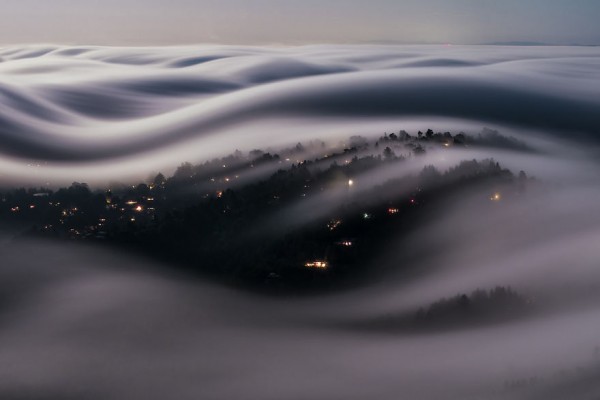 Italian photographer Lorenzo Montezemolo climbed Mt. Tamalpais to capture Marin County, California covered with a river of fog lit by a full moon. He later wrote that he had “compressed 186 seconds of moonlit fog into an instant.”