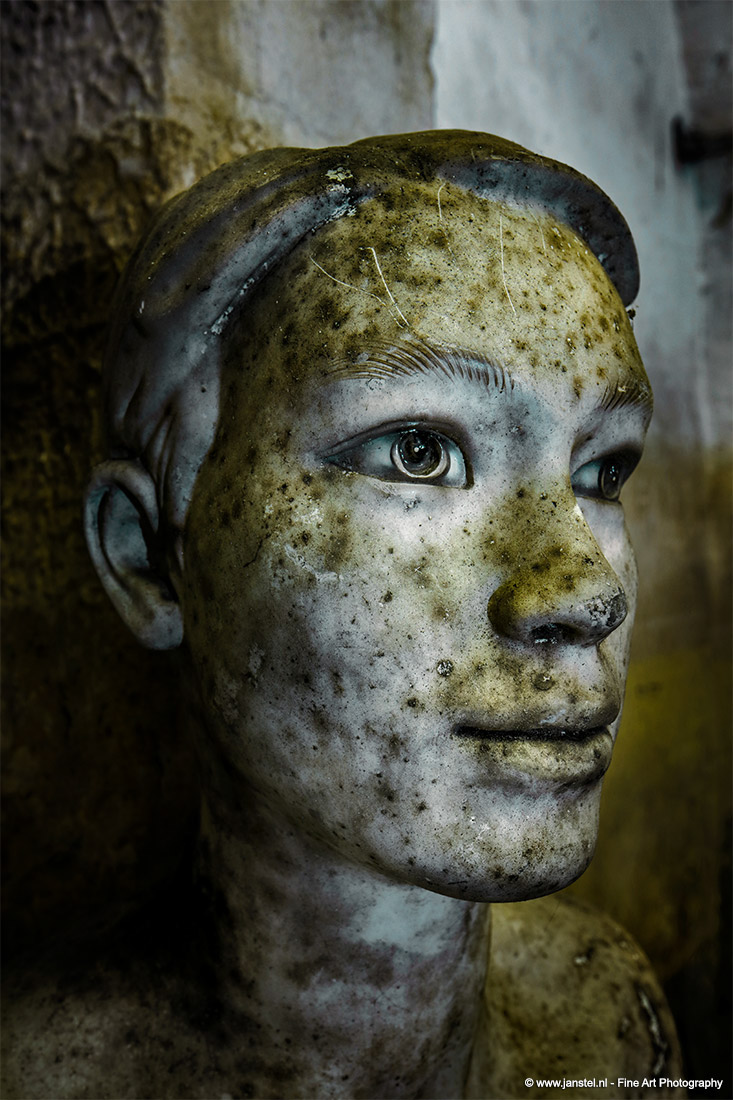 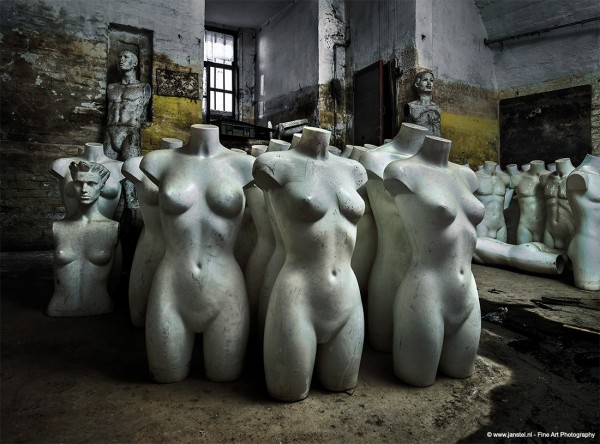 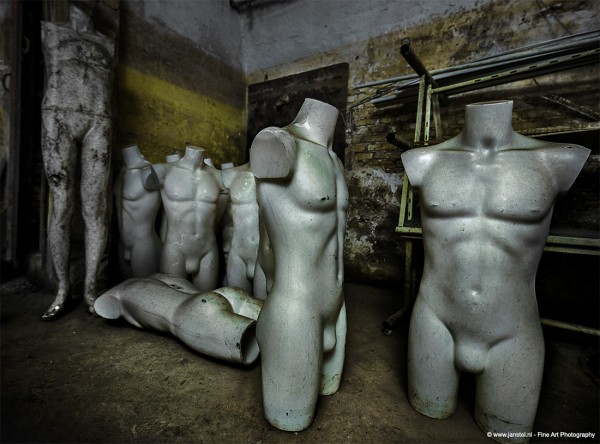 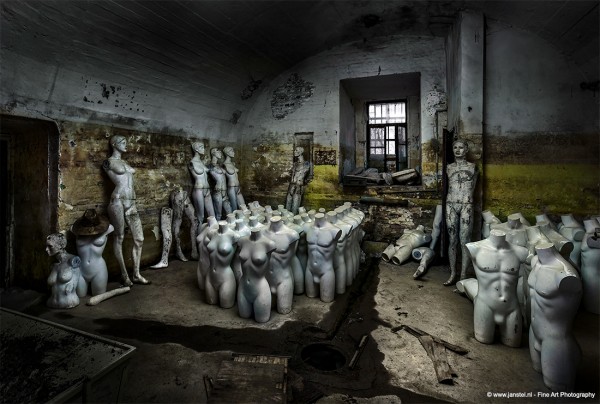 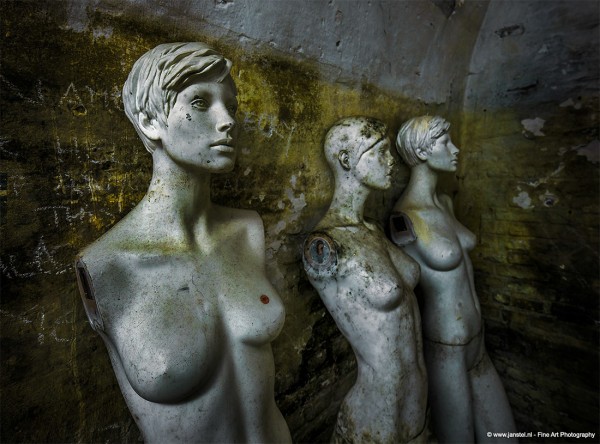 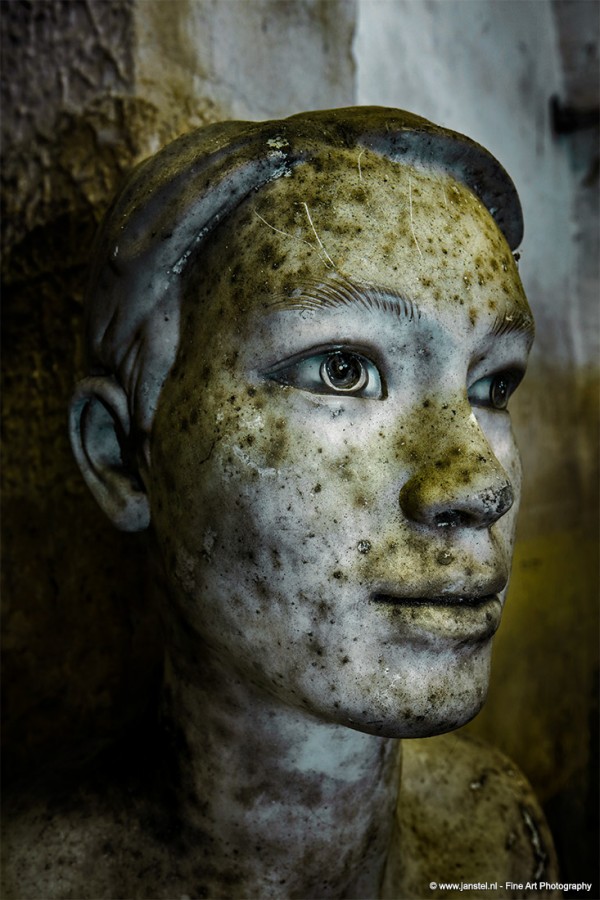 Sometimes abandoned places are housing strange unexpected things such as dozens of men and woman mannequins.
This old forgotten part in a still very active Eastern European prison is both intriguing and creepy as well.

“The human eye is far more sensitive than a camera lens and picks up minor as well as major differences in a scene. Because the photo camera is limited in its ability, I capture the image in multiple exposures. The scene my eye has seen and that which the camera is unable to pick up is what fascinate me. I want to reassert this sensitivity. I do this by brushing the photographed brackets into a sort of light painting, similar to what the dark room masters and painters of old used to do”.