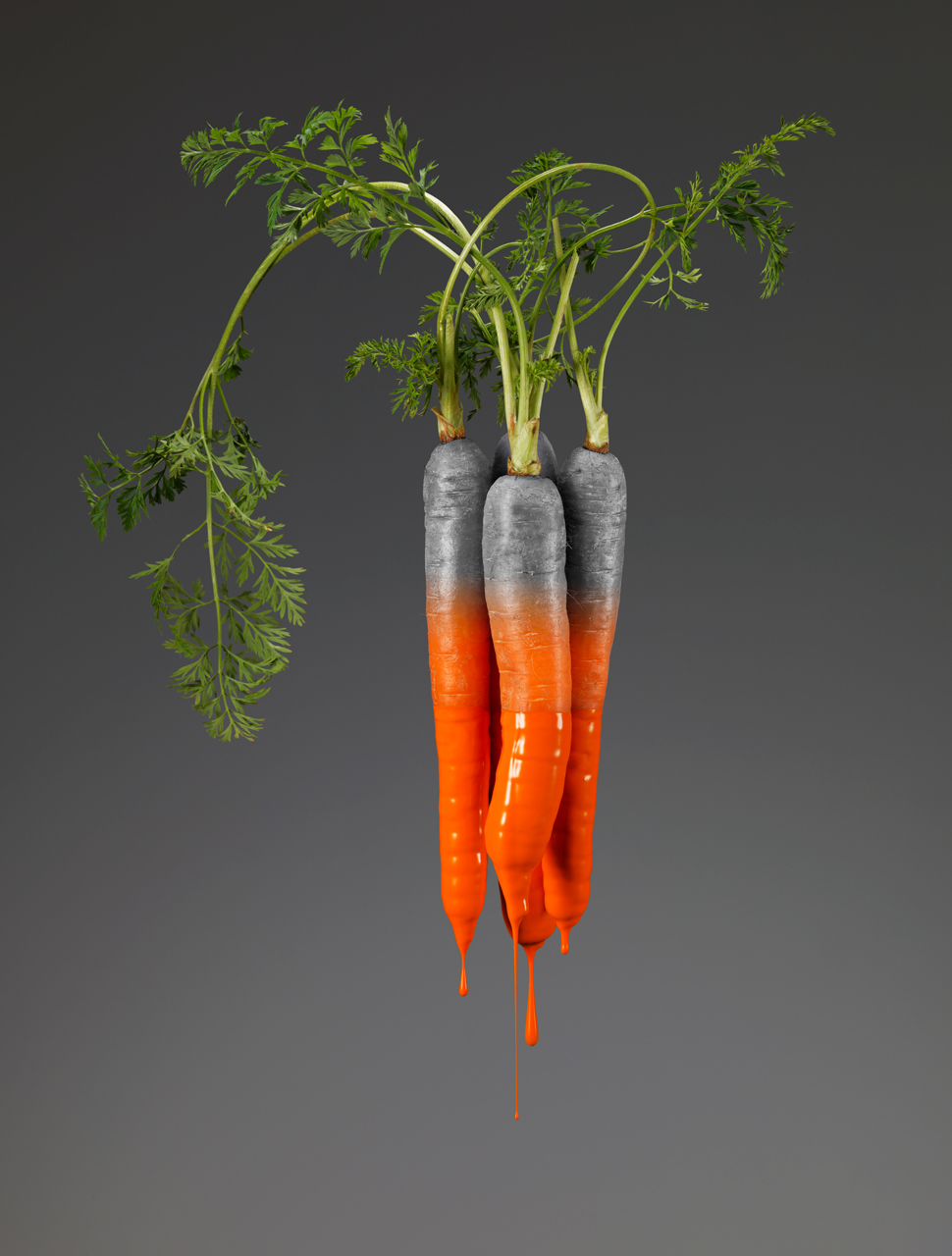 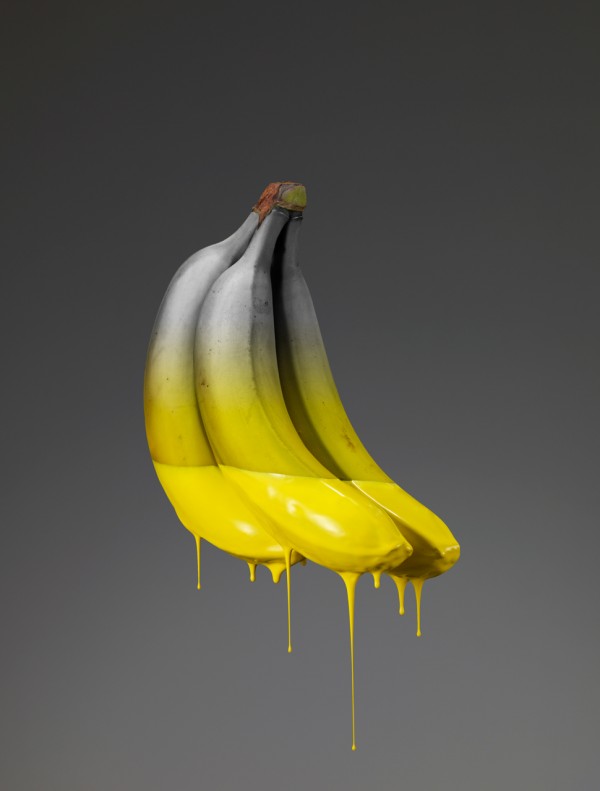 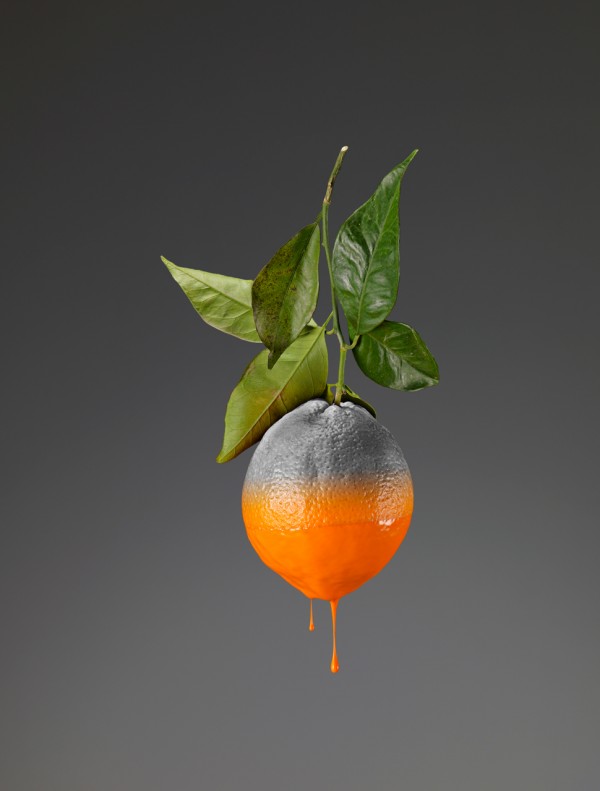 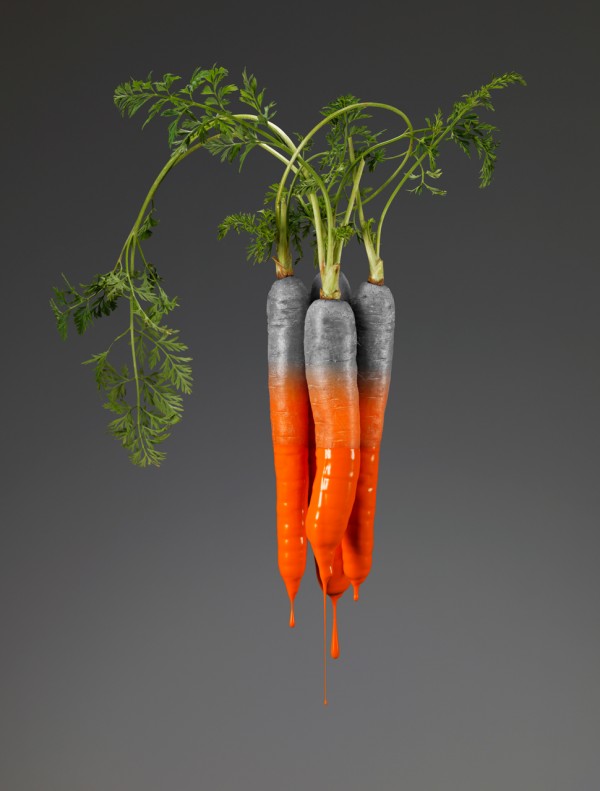 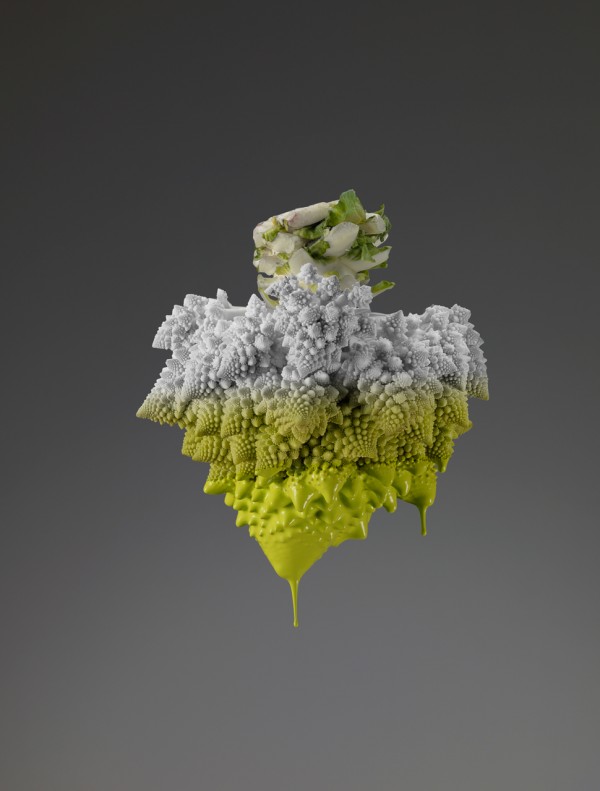 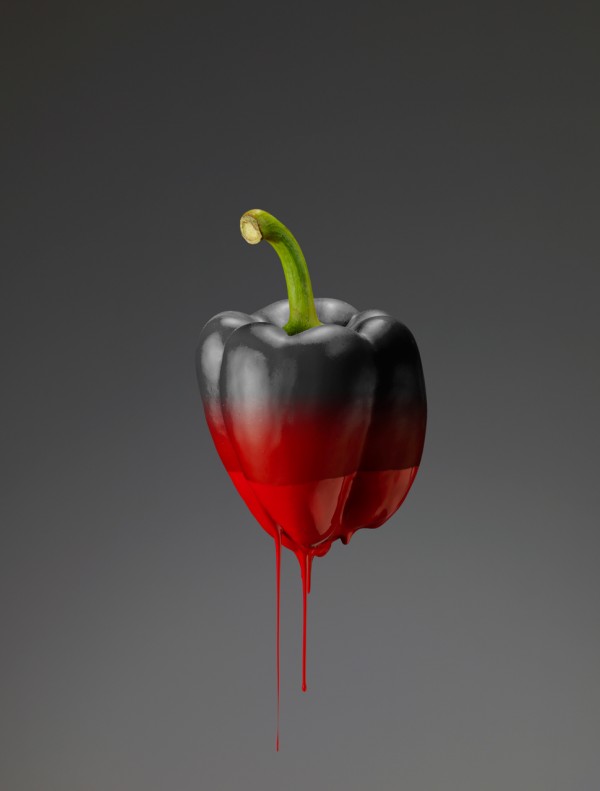 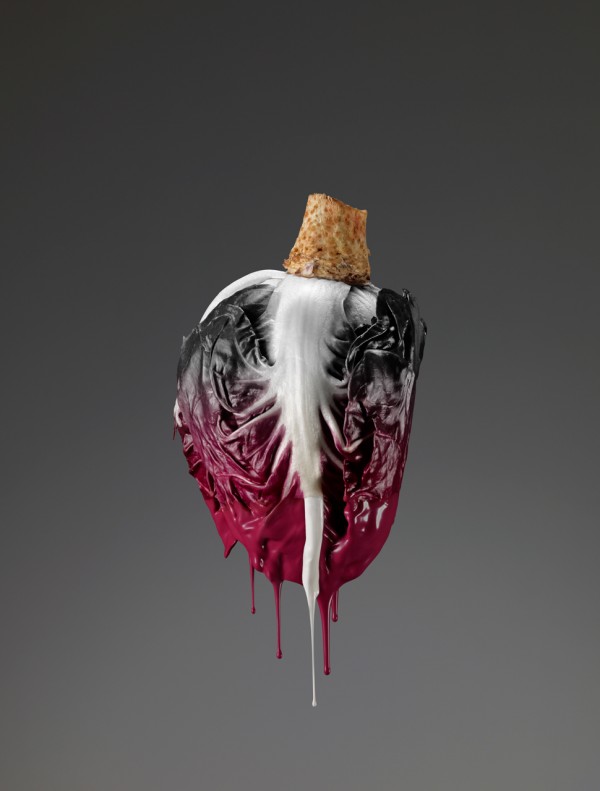 “Men are poison for the earth.
Behind this work there’s the story of what we are and of our arrogance when we think that we really count.
Nature will outlive us: in the fruit and toxic vegetables, where color slides away, there’s the upper part which firmly holds the color of life.
Do we really think that we can make a difference? Do we really think, in the age of technology, that we can lay down mankind’s law to the extent that we dominate the law of nature?
Nature defeats us in silence, or in any case, it will stay here for longer than us, it will be run-down, but it will still be there.
We fall ill and we die to create space for other man and to ensure the continuation of species. Nature doesn’t give a damn about our pain or our profit logic.
The blackened chicory, the abandoned carrots are the clear image that – ok – we needed a knife to tear the meat off our preys, therefore we are technical beings for survival, but Earth had also imposed on us to be humble, and we -in reply- became arrogant.
Nobody shall escape the retaliation for that arrogance, this is what the ancient Greeks tell us and they are a people of indescribable greatness, if nothing else because -before anyone else- they became aware of mortality and suffering and they wrote the greatest literary production of all the time on the topic.
Here, in that cabbage which was sadly left to its fate, lies all the tragic meaning of our smallness and of our short memory, because we should have stayed there, close and loyal to the Earth, we should have stayed humble.”

Giorgio Cravero was born in 1975 in Turin, where he lives and works. Graduated in Visual Communication at the European Institute of Design, he began his career working as architectural and still life photographer.
Moving between traditional photography, digital and new technologies, he often combines several techniques to emphasize and communicate his way of perceiving objects and space, using light to describe the shape and materials.