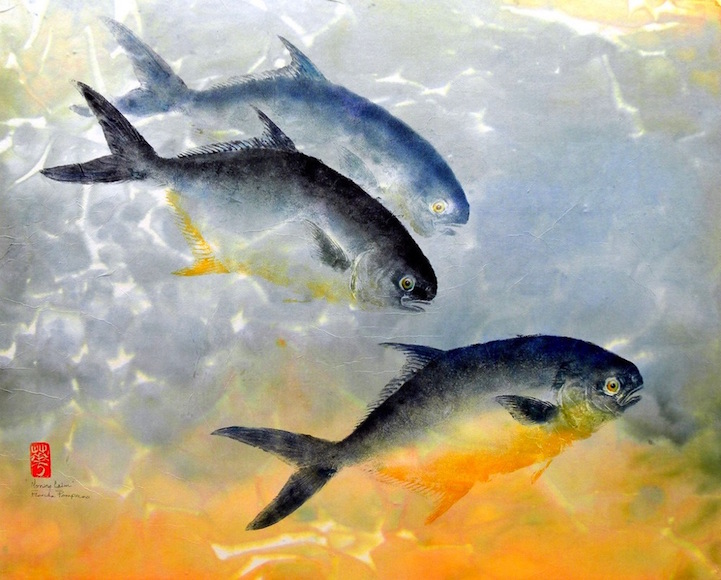 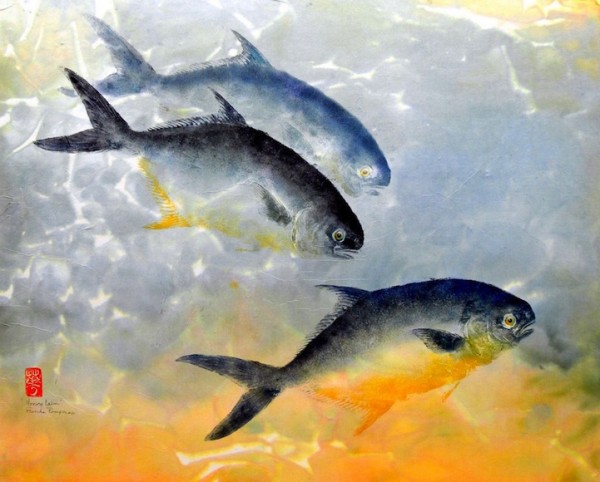 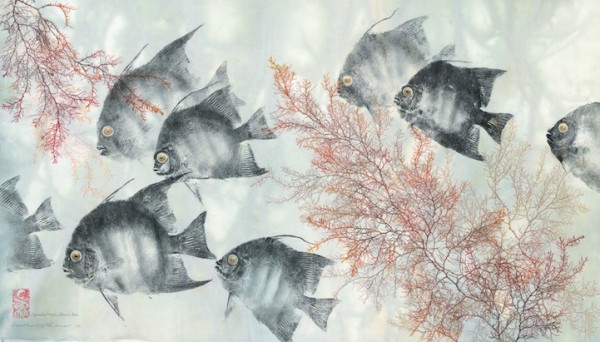 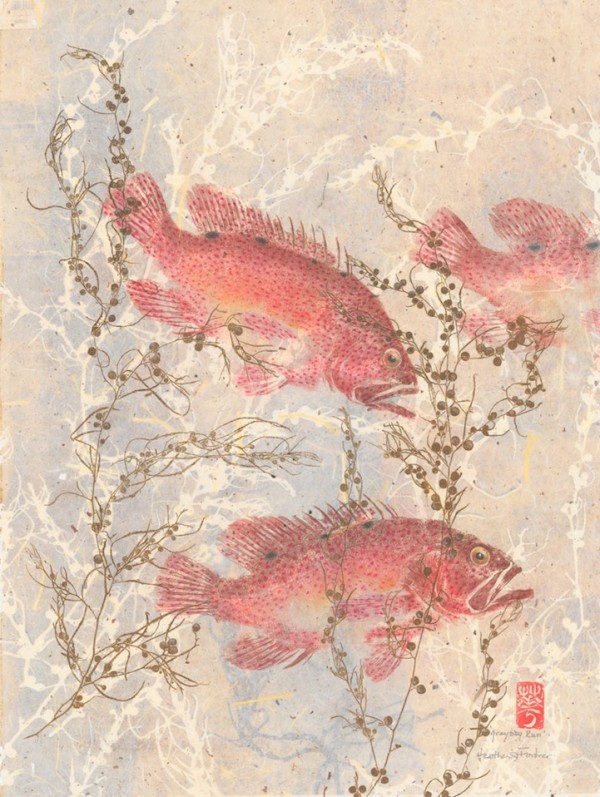 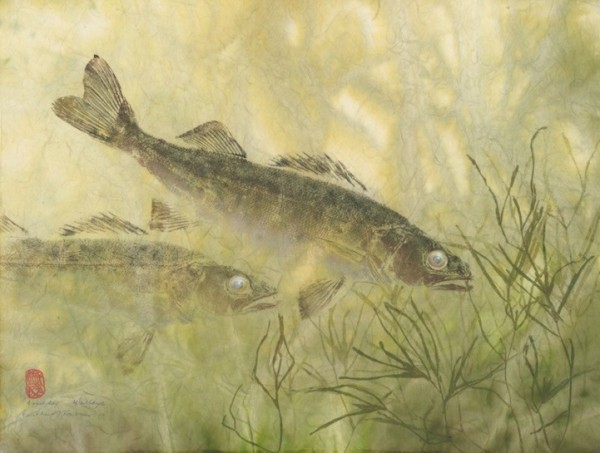 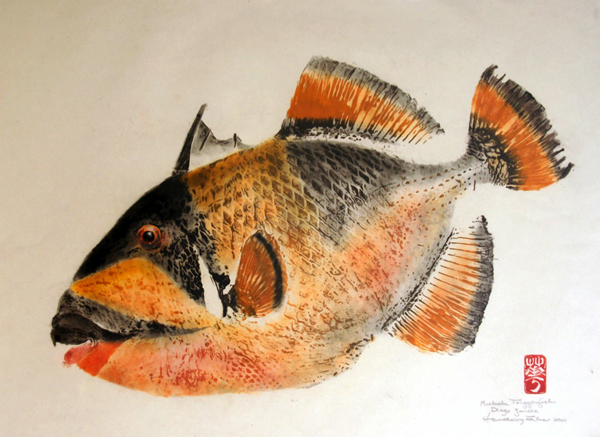 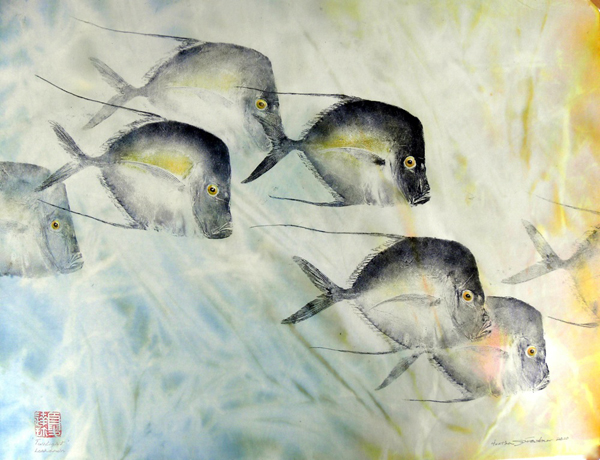 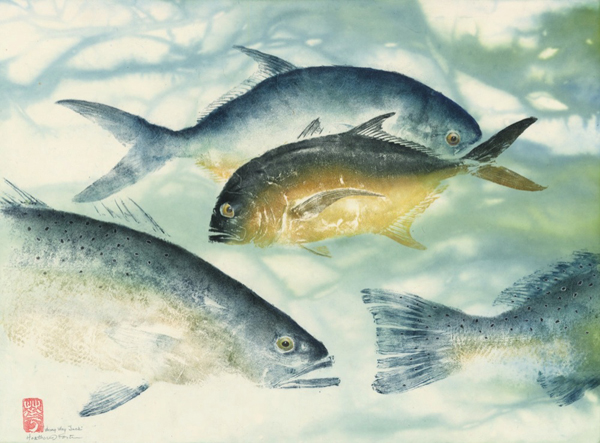 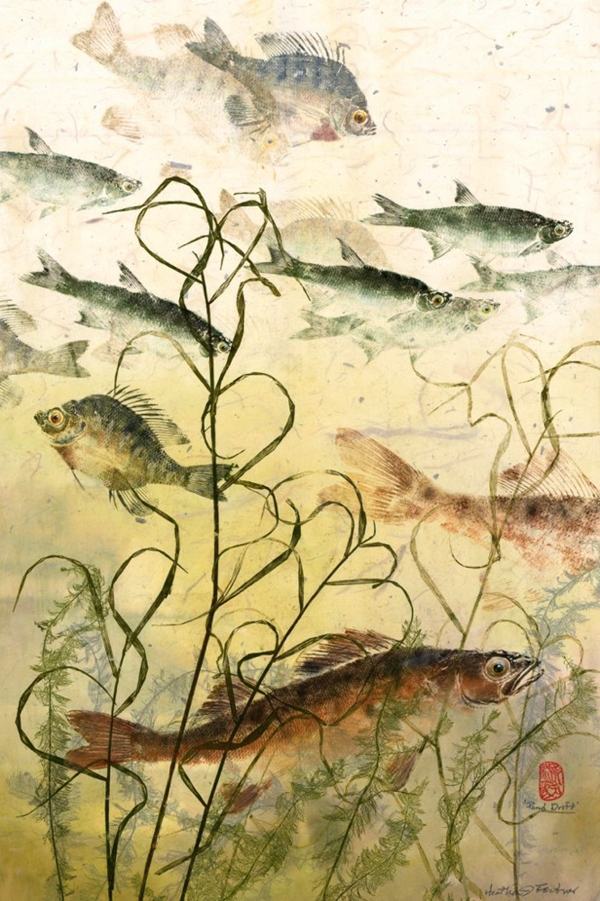 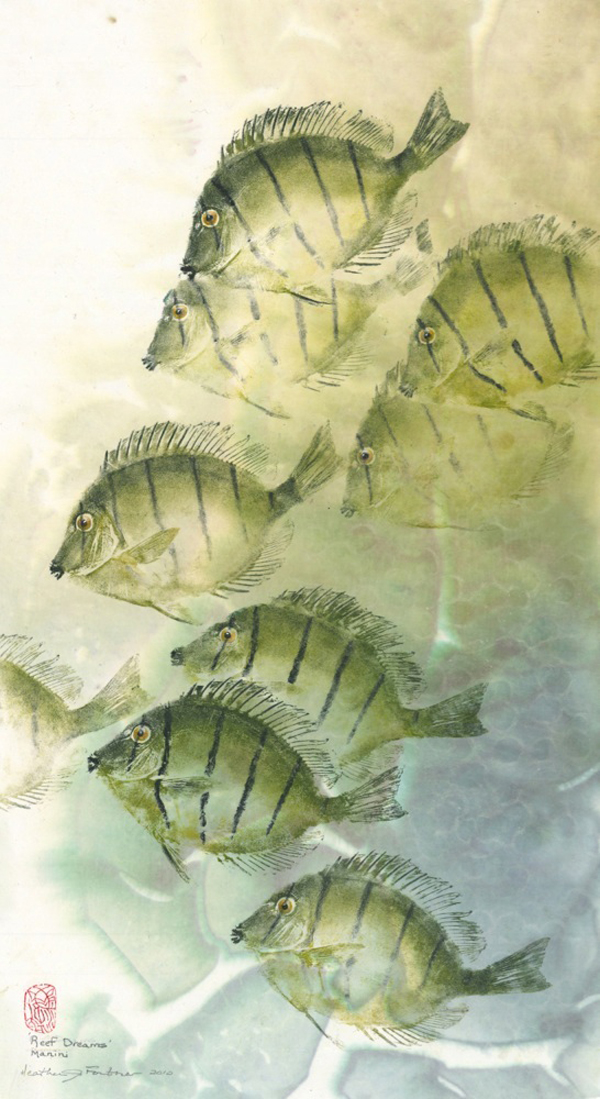 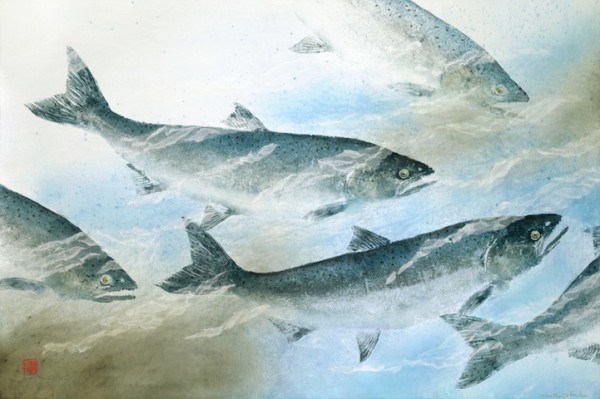 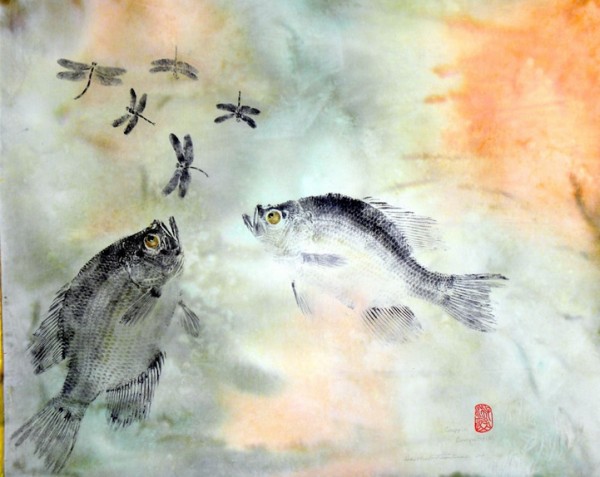 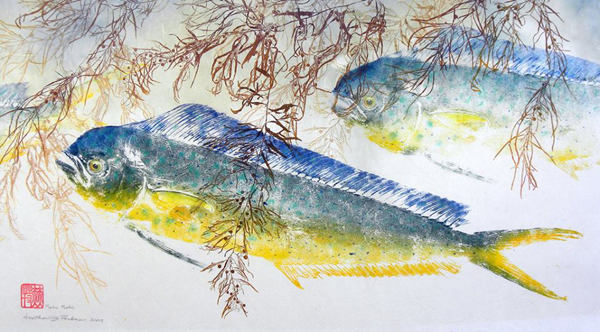 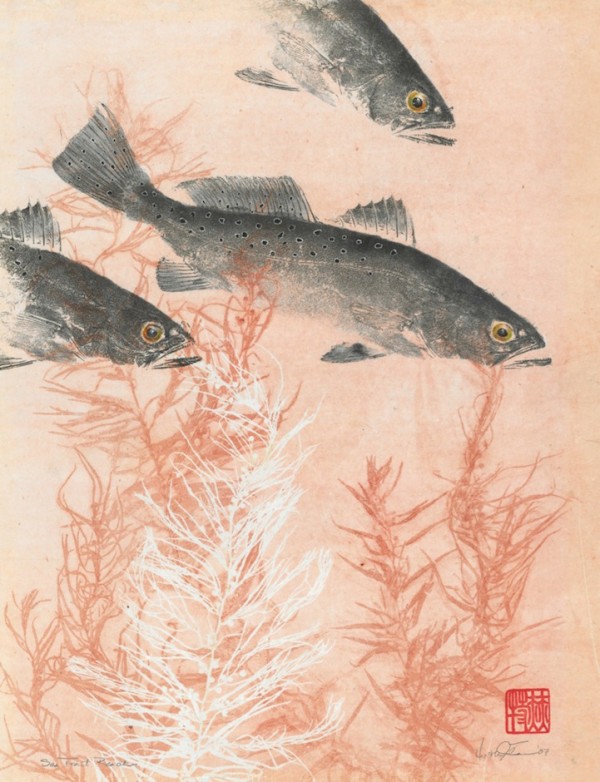 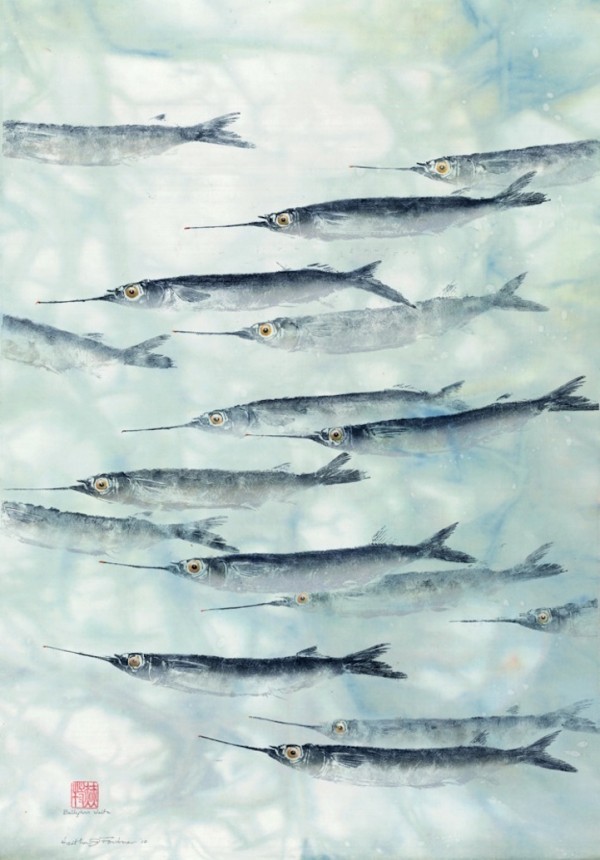 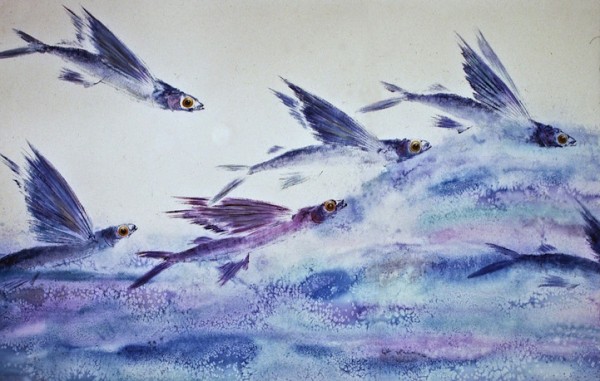 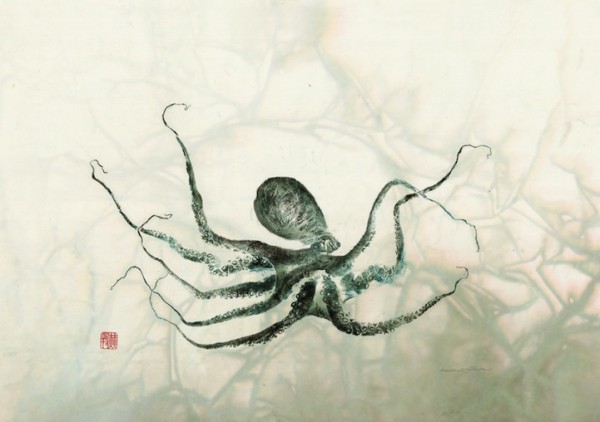 In her nature-inspired works of art, Heather Fortner not only depicts the forms of fish, but does so using the actual bodies of the fish. The technique is called gyotaku (魚 gyo “fish” + 拓 taku “rubbing”), a traditional Japanese method of fish printing that originated in the mid-19th century as a way for fishermen to record the size and characteristics of their daily catches. Anglers would keep a supply of rice paper, sumi ink, and brushes on their boats so that they could make ink etchings of their freshly caught fish; the prints were so accurate that they were often used to determine the winners of fishing contests in Japan.