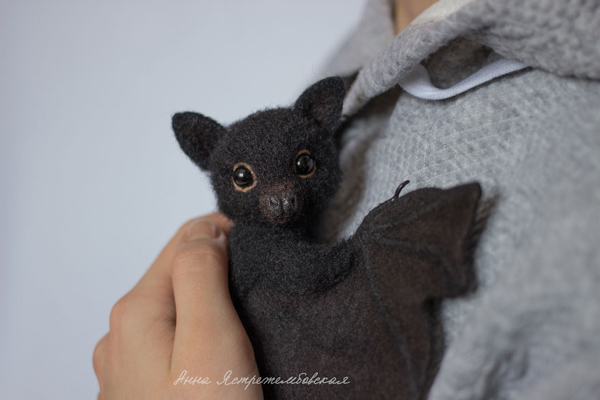 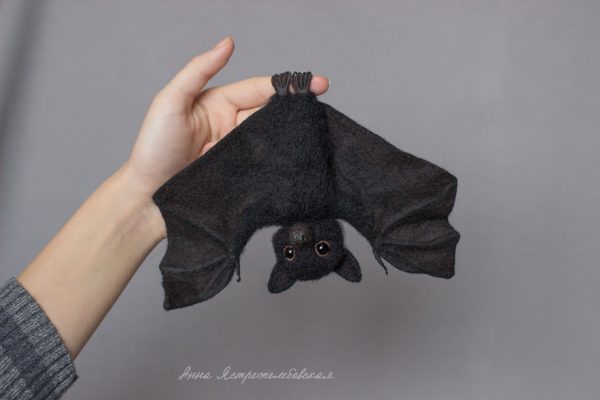 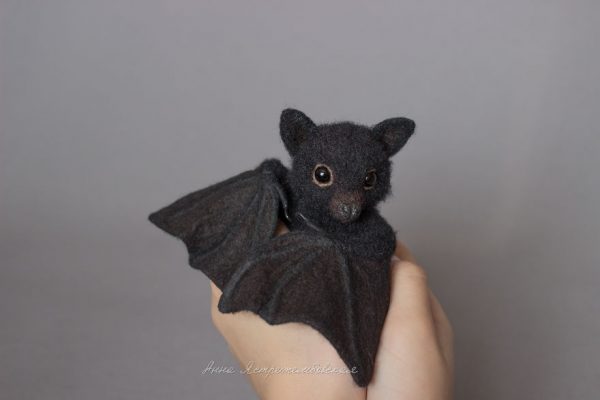 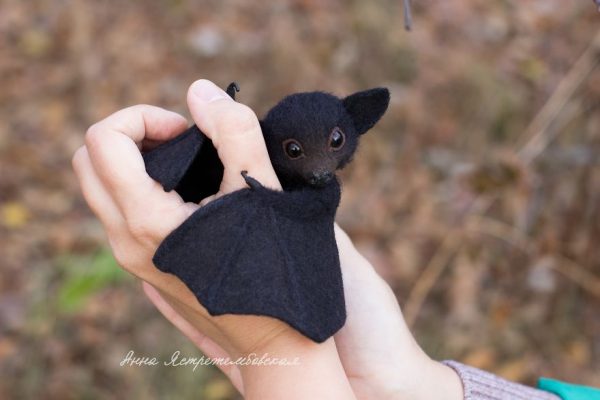 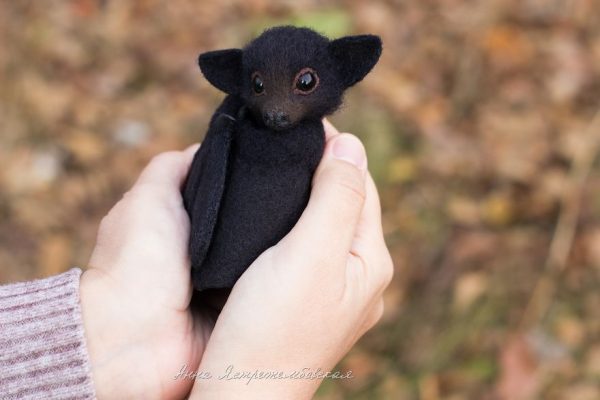 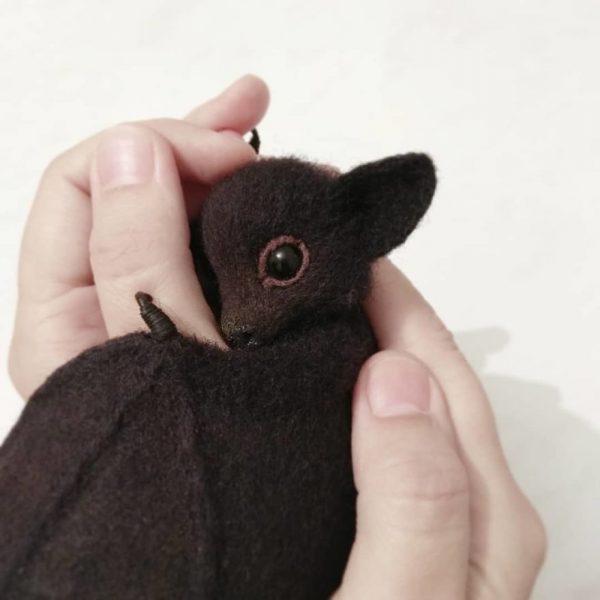 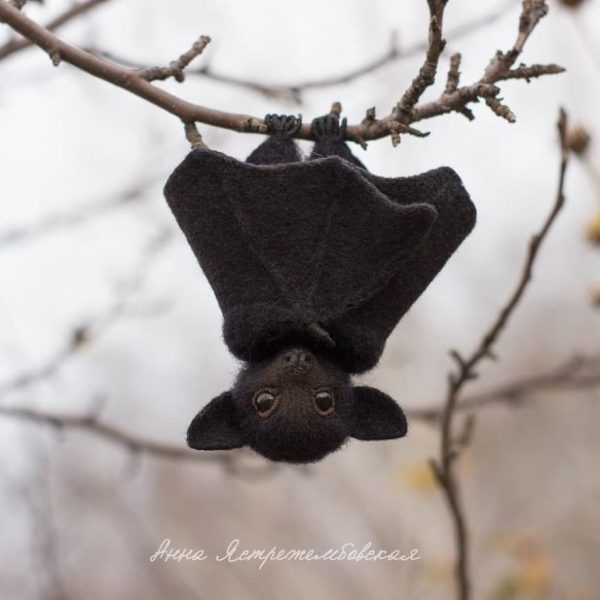 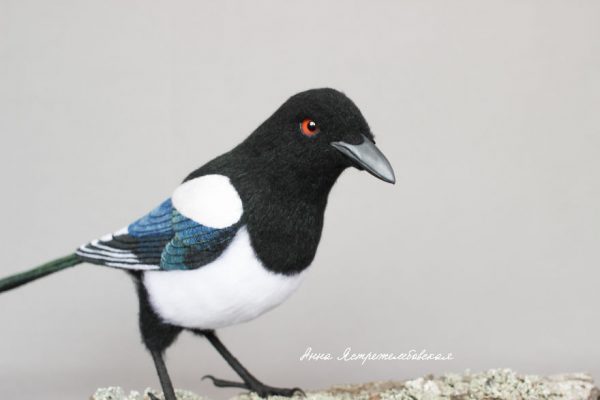 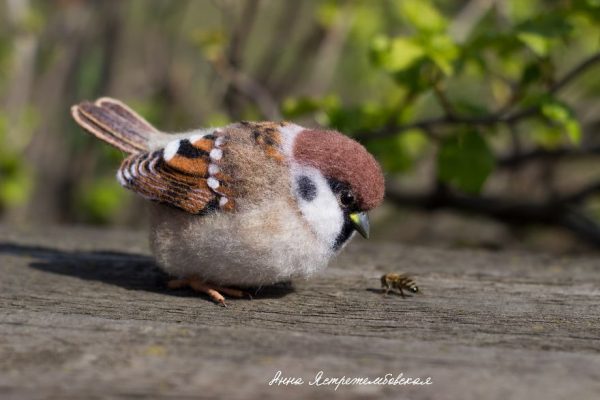 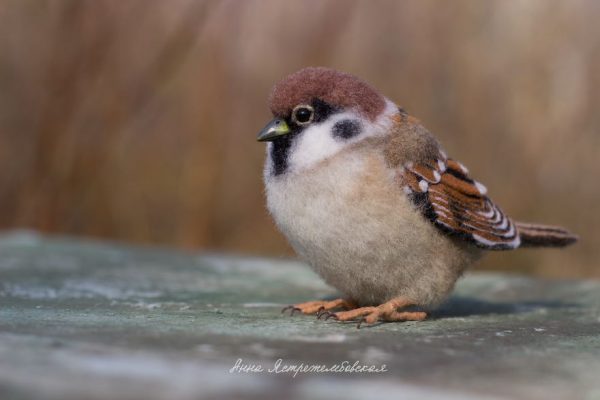 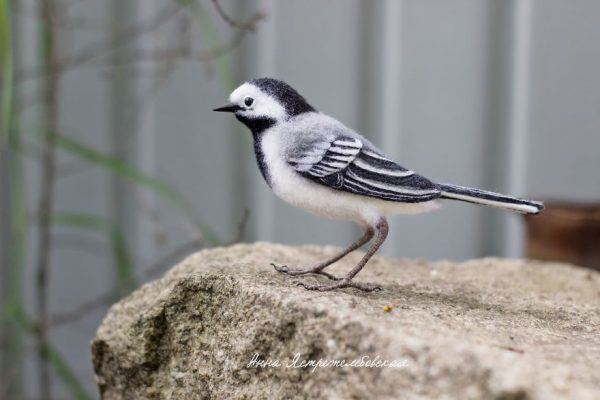 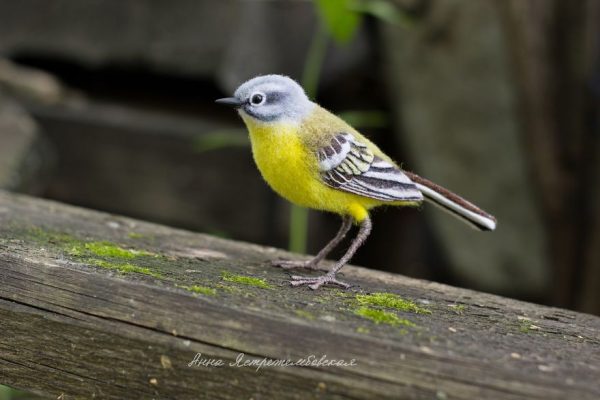 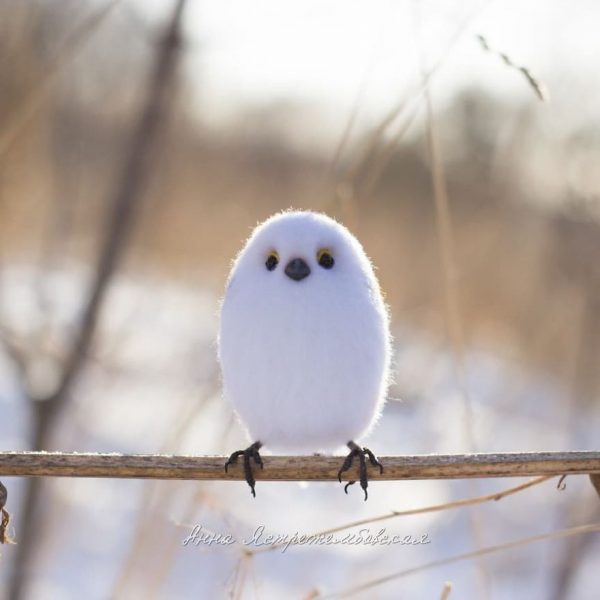 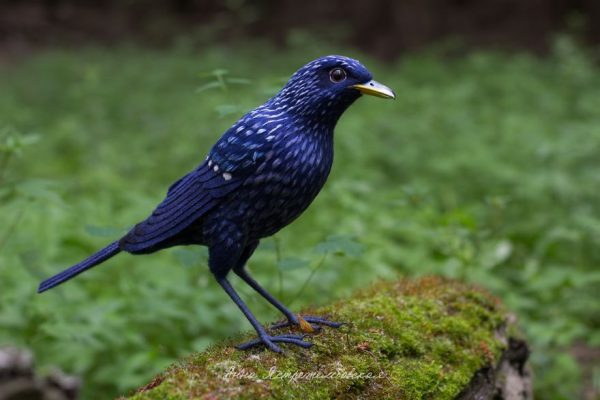 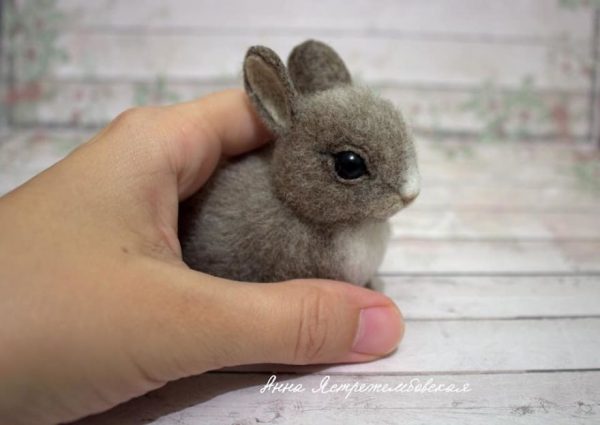 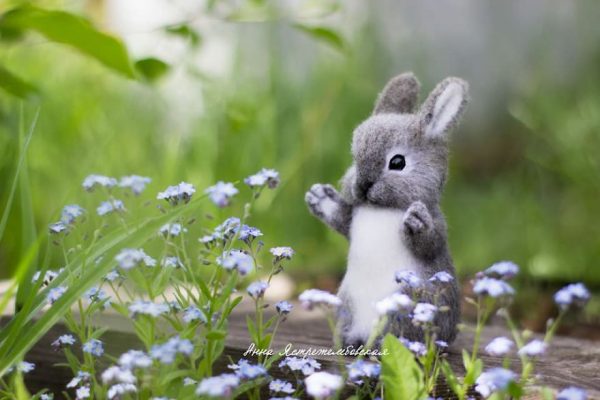 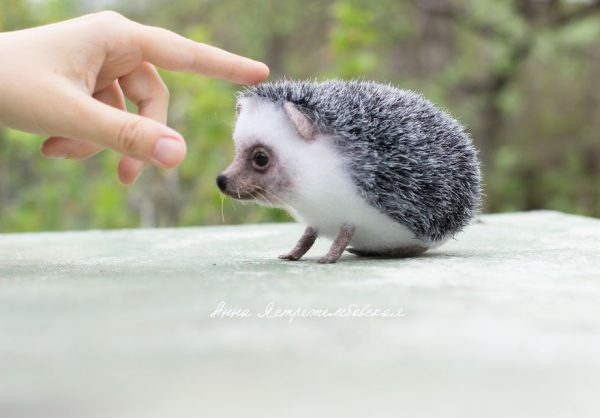 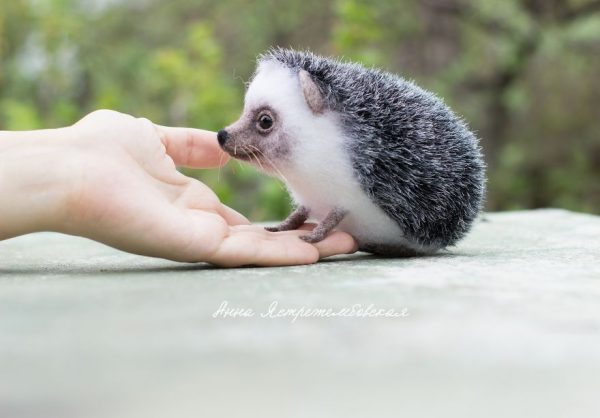 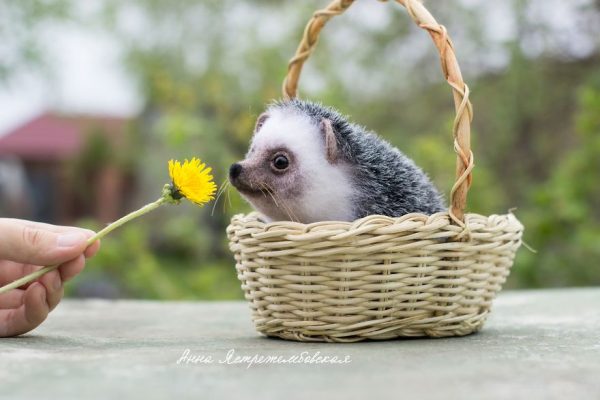 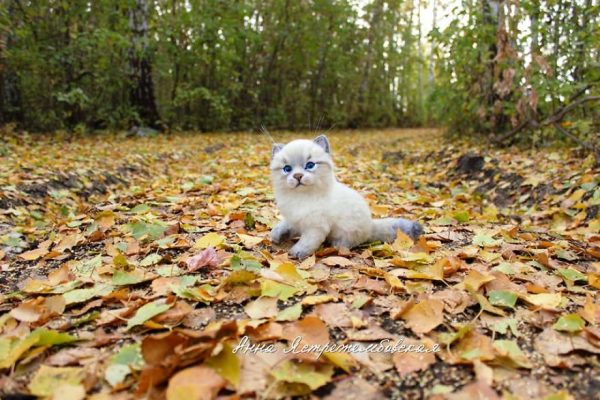 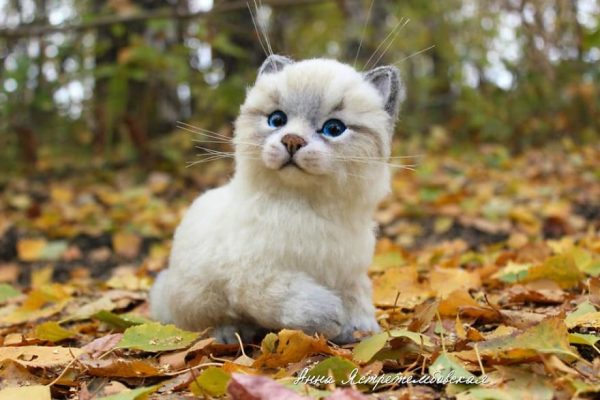 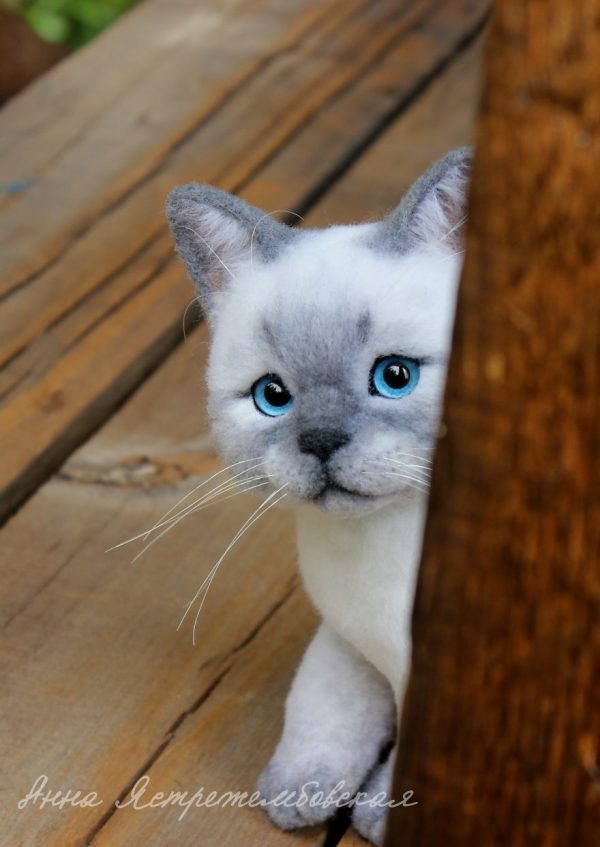 “My story began 3 years ago when I, a mother of two, saw wonderful toys made from an unknown material, which, as I later found out, was wool. I got really interested in this technique and decided to try making a toy myself. My first toy wasn’t nearly as pretty, it was rather funny, but I enjoyed the process so much that I kept trying. I was felting during my free time, even at night, and I got better with each toy I made.

Slowly I began receiving my first commissions. My felted birds got very popular and were flying off to different cities. I was excited about the recognition of my artwork and didn’t even think about the other side of this popularity.

A tiny bat appeared in my collection quite by accident. My daughter Masha asked me to make her a bat brooch, which in the making turned out to be too big for the accessory, so we decided to turn it into a little bat-toy. We photographed Masha (my daughter often helps with photographing my artwork, and sometimes models in the shot herself) holding the bat and posted it on social media with a caption: “Not for sale!” I was planning on making more bats in the future but at that moment I had too many commissions, so I put it aside for later.

A few weeks ago, my inbox on Instagram filled up with messages from people who supposedly bought my toys from online shops and never received their order after completing the payment. I was shocked.

I have to admit that I didn’t expect such a huge interest in my little bat. Moreover, I didn’t expect it to be “sold” in significant quantities for a ridiculous price of just $19.99. As a result, hundreds of scammed people wrote to me in hope of receiving their bats.

I am flattered that my bats won the hearts of so many people, but the amount of orders I got was terrifying. It takes 10 days, working 12-14 hours a day, to make one bat-toy. I don’t really know what should I do, tell everyone to forget about their bats? Or try to fulfill a promise I never made?

Of course, I will keep felting as many bats as I can, but I want people to understand that these toys are fully handmade, so it’s a fairly lengthy process. Furthermore, there are so many interesting birds I would like to recreate in wool as well…

So this is my story. Currently, I spend most of my time doing original artwork for existing customers, so no time is left for replying to all the messages and comments. This is why I asked my sister Ksenya to help me out and respond to your comments. Thank you all for your understanding and support.”