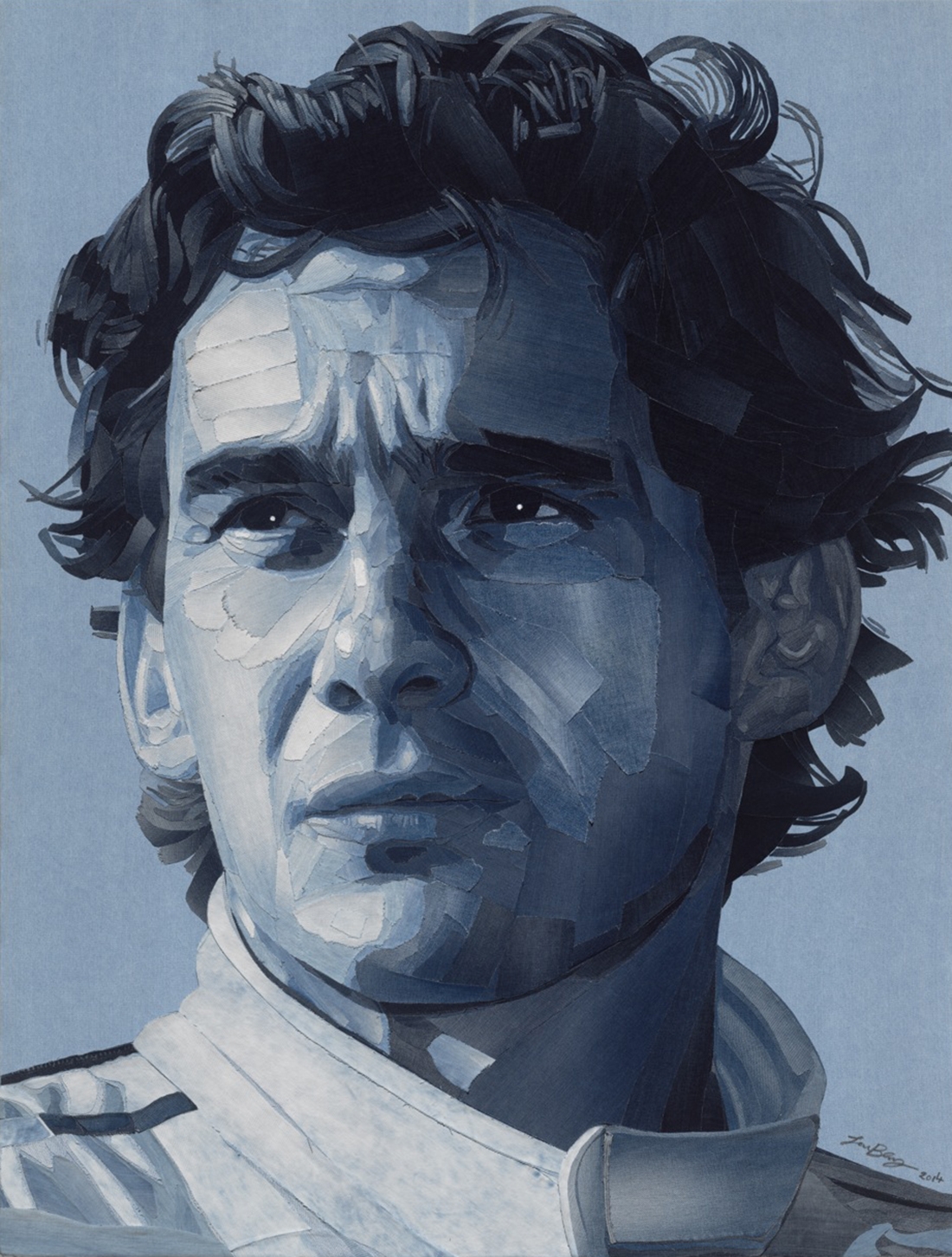 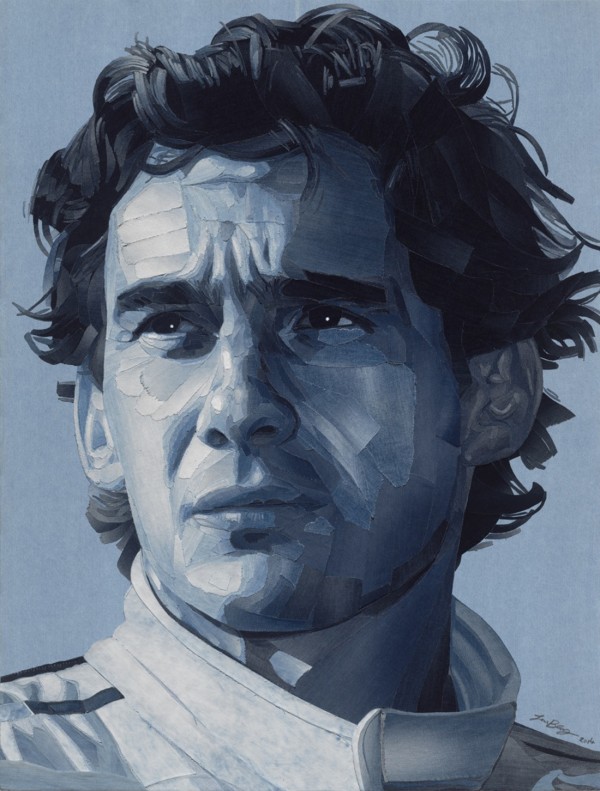 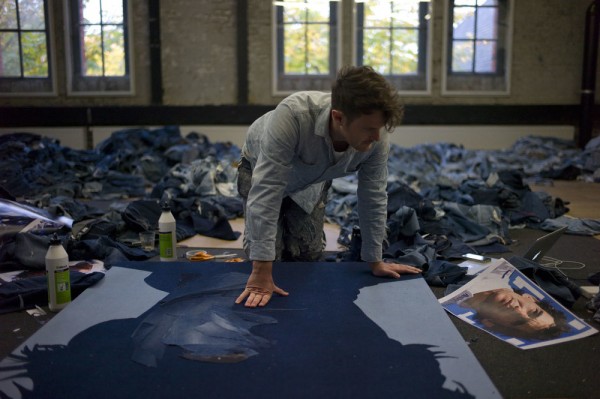 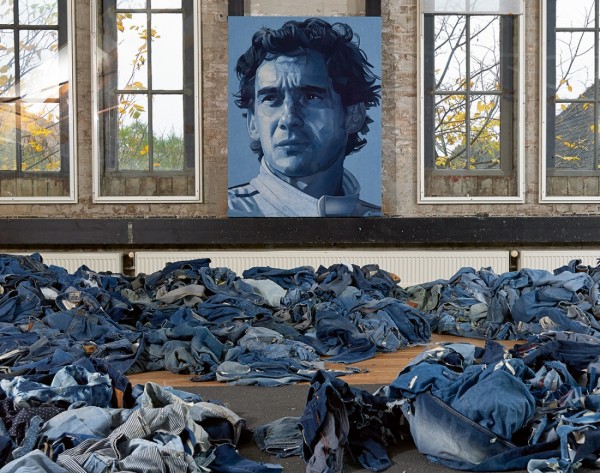 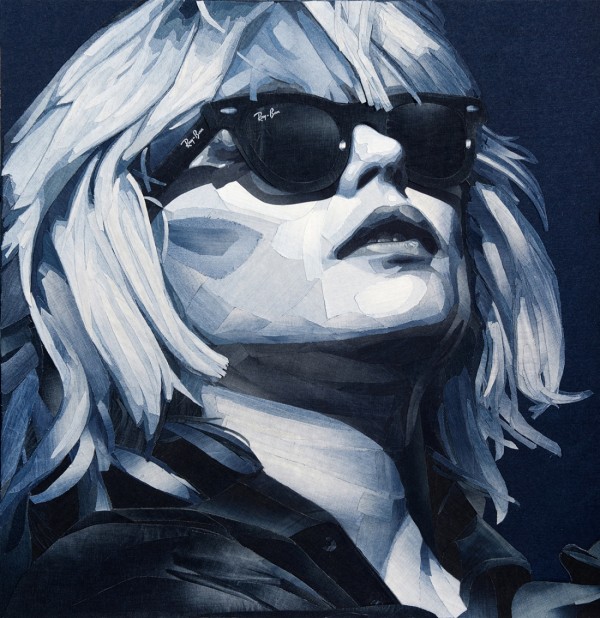 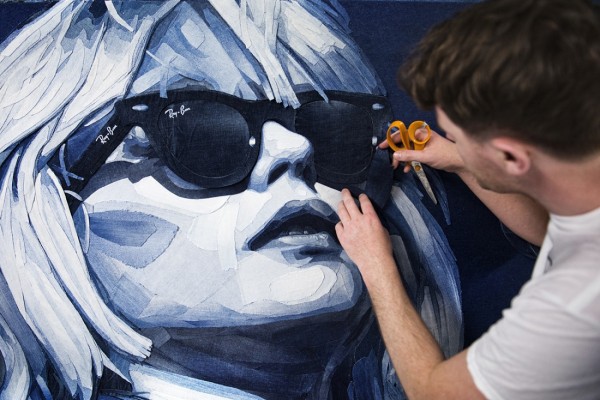 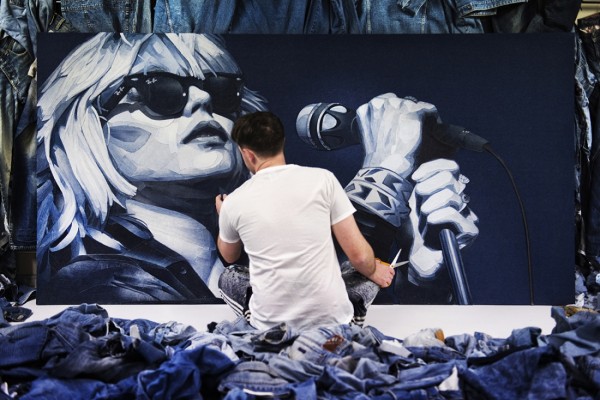 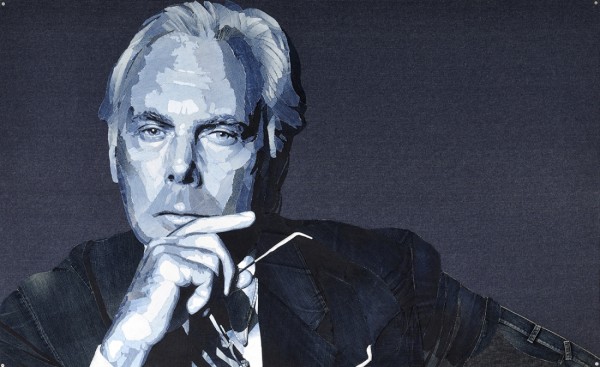 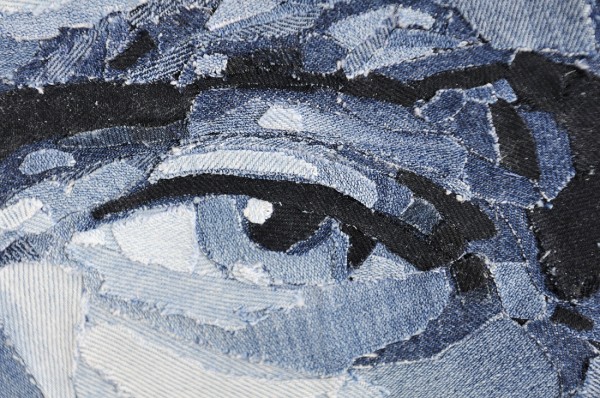 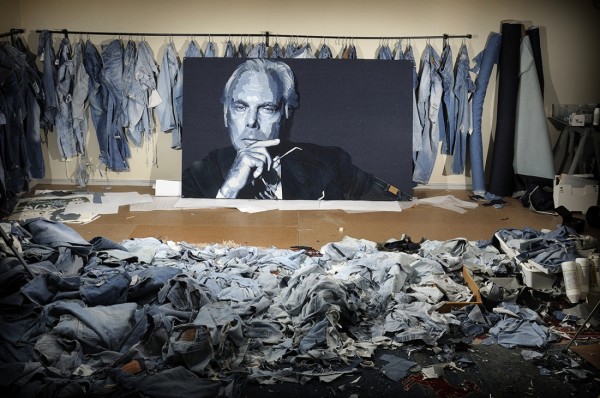 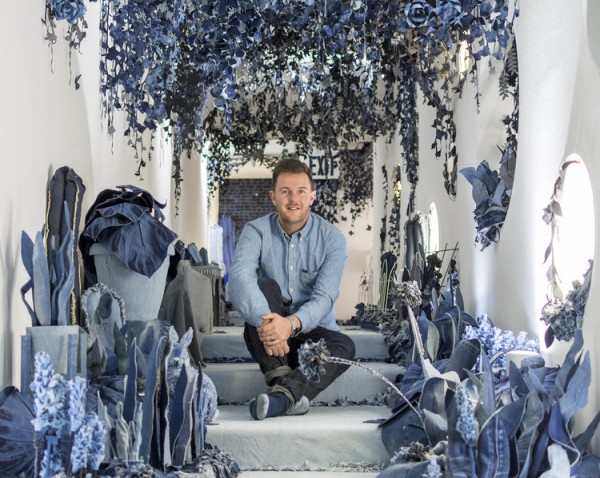 At first glance, many believe that Ian Berry’s work are blue toned photographs or indigo coloured oil paintings. This is not only when viewed online or in print, when much of the depth and detail is lost, but even up close. Even at touching distance, many viewers don’t realise that they are looking at many layers, and shades, of denim jeans.

But of course it is testament to his work that it is not all about it being made in old jeans that makes it special. It is simply his medium for seeing the world, his paint, and what a material to use in this modern world; with all its symbols and dualities, as well as being such a common item of clothing that unites many around the globe.

To see them up close, you become aware of the depth and texture and see how each small piece of denim has been considered and crafted out of jeans with washes, and fades, which help create that painterly tone.

To create a shiny metallic surface or a polished bar top out of denim, it is staggering to see. He creates melancholic urban scenes, often depicting a lonely or less glamorous side of city living. He says denim is now such an urban fabric, after having such rural origins. What better way to capture everyday urban life. This is no gimmick.

It is hard to believe that this all started by one simple observation. Noticing a pile of old jeans and noticing the contrasting shades of blue. Some scissors and glue later he soon became one of the most talked about young artists. While he acknowledges that it started out as an experiment, while working with denim he started to realise his own connection with jeans – and especially other people’s. A material that we feel so comfortable with. He had found his way to communicate and then soon became written about as a leading top 30 artist under 30 in the world.