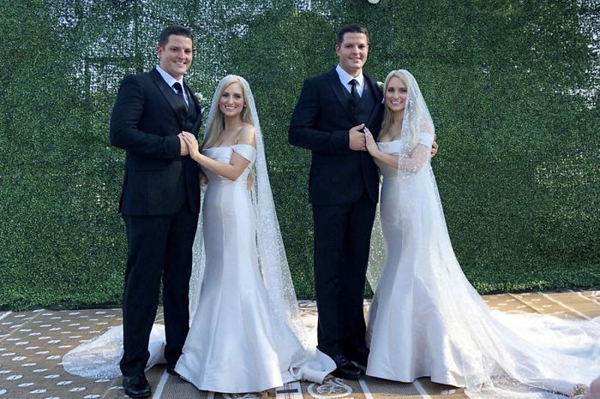 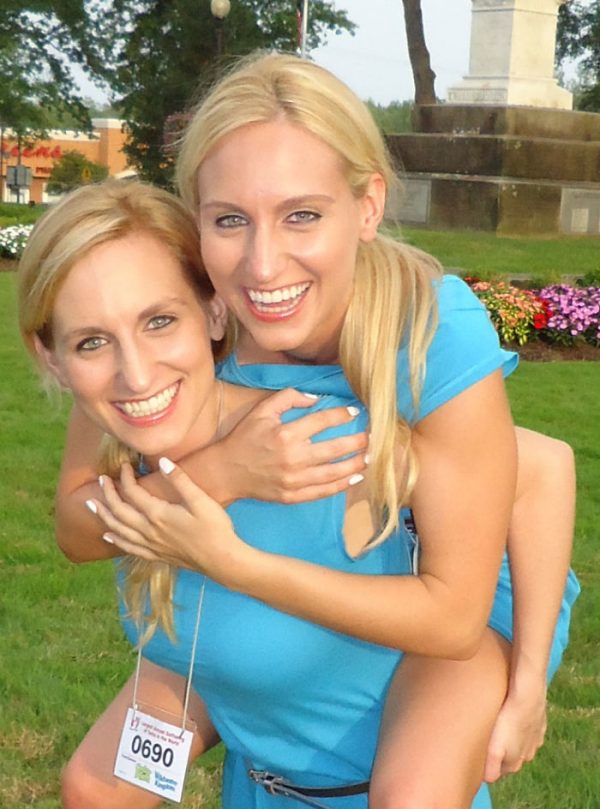 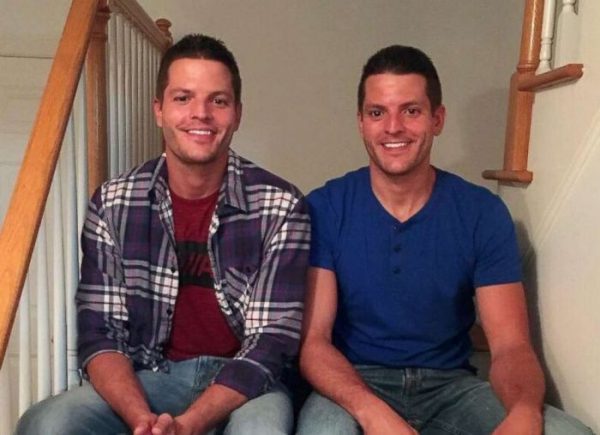 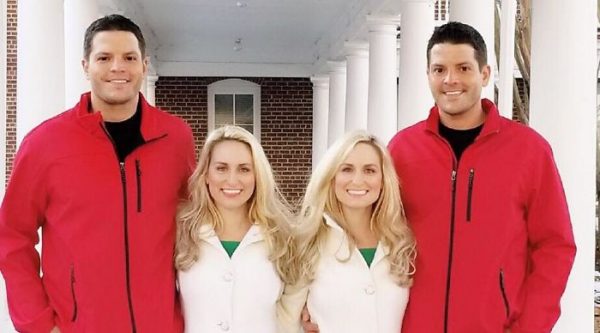 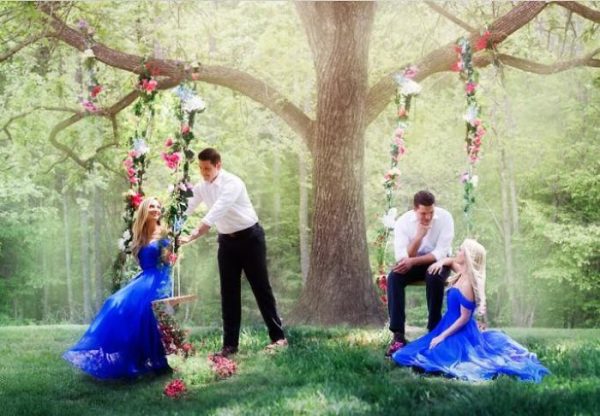 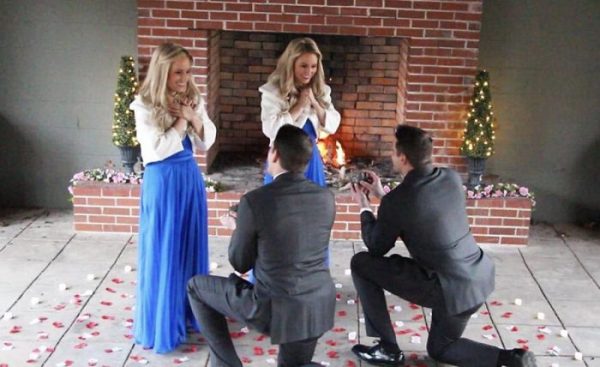 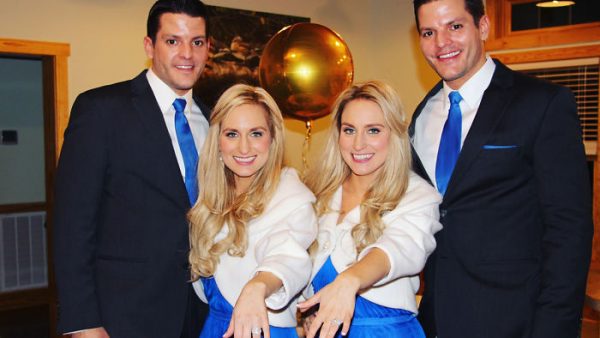 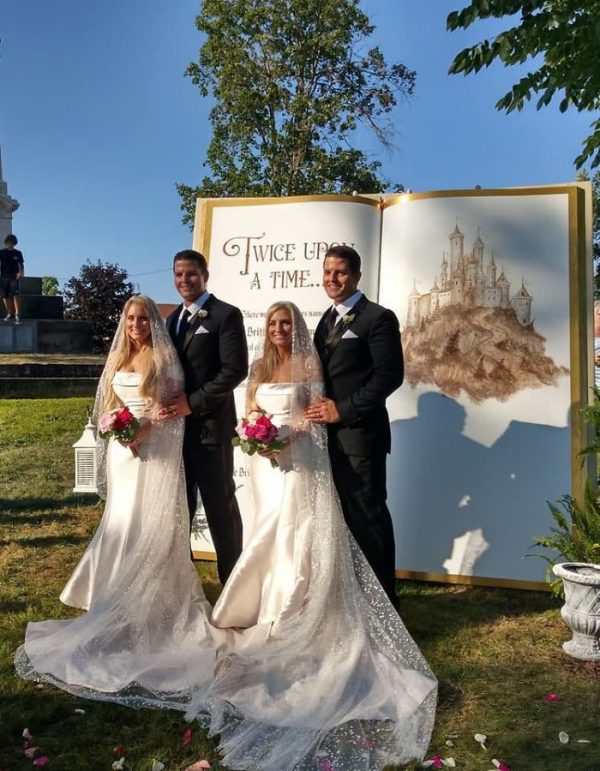 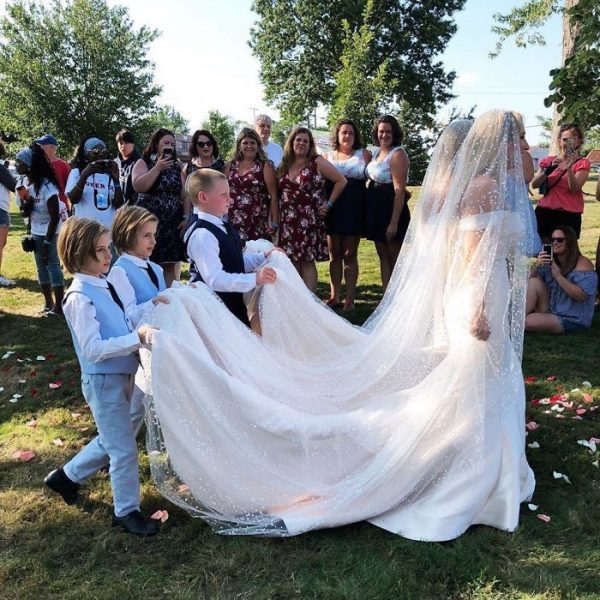 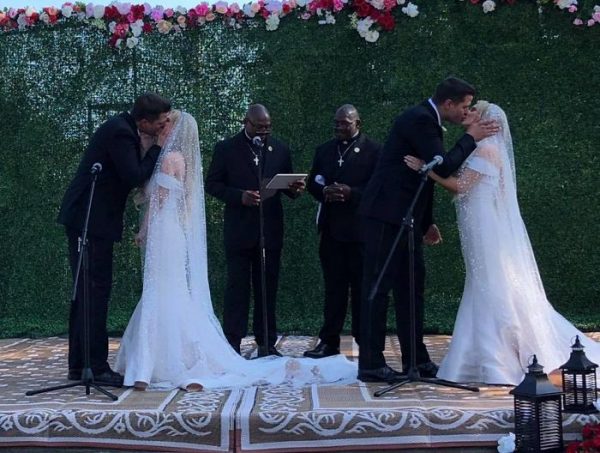 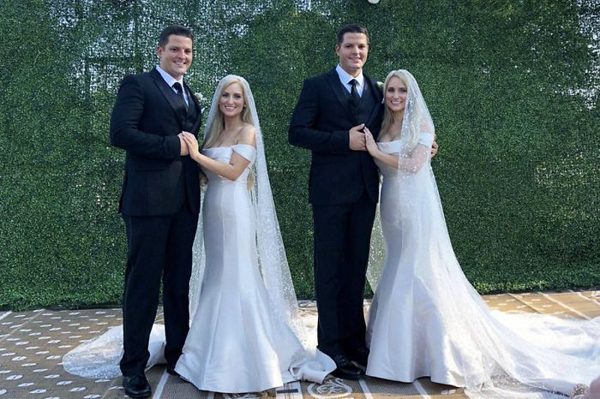 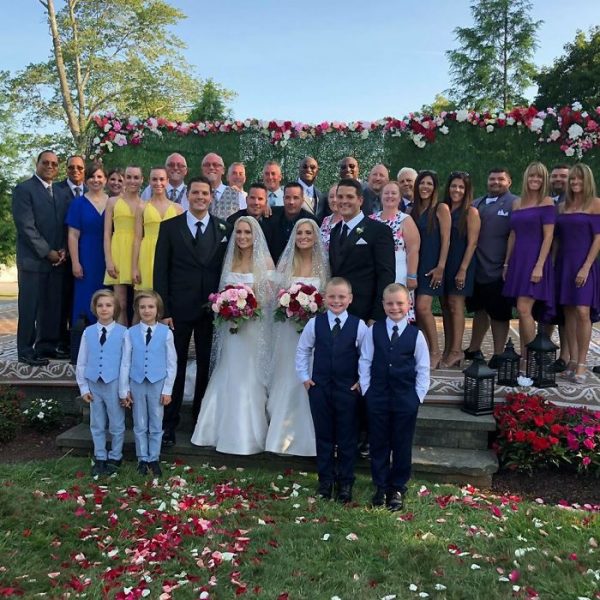 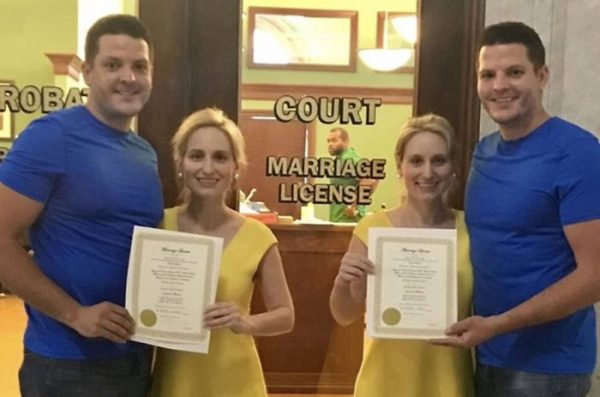 Identical twin brothers Josh and Jeremy Salyers proposed to identical twin sisters Brittany and Briana Deane on the 2nd of February (or 2-2), and the couple of couples have just gotten married in a joint ceremony at the 2018 Twins Days Festival in Twinsburg, Ohio. The ceremony was themed “Twice Upon a Time,” with identical twin ministers leading the way.

“It’s really been a fairy tale come true. Marrying twins is something that’s very important to us,” Briana (who married Jeremy) told PEOPLE. She even called the ceremony a ‘double fairy tale.’ “Even when we were little girls I can remember being in kindergarten, knowing that that is what we saw for ourselves.”

Brittany added: “We knew that the chances were incredibly scarce. The stars had to align for our dreams to come true. I get to marry the man of my dreams and at the same time I get to look over next to me and see my twin sister marrying the man of her dreams.”

The brides wore matching dresses while the grooms rocked identical tuxedos. The foursome first met last year at the same festival. Brittany and Briana had been attending it for years, and met Josh and Jeremy on the final day of the 2017 twin gathering. It was their first one.

“I remember vividly the first time Brittany and I saw Josh, and Jeremy at the twins festival,” Briana said. “I also remember the first time we all spoke the last night of the festival. It’s sort of like everything was in slow motion.”

“If they couldn’t find identical twin girls that matched up well with them, they were never getting married,” Brittany said. “I think that they experienced a lot of the same challenges dating what we call singletons, that means non-twins. It’s hard when you’re dating someone and they don’t understand the twin bond.”

If that’s not enough, the gang also plan to all live in the same house where they would raise their children together.