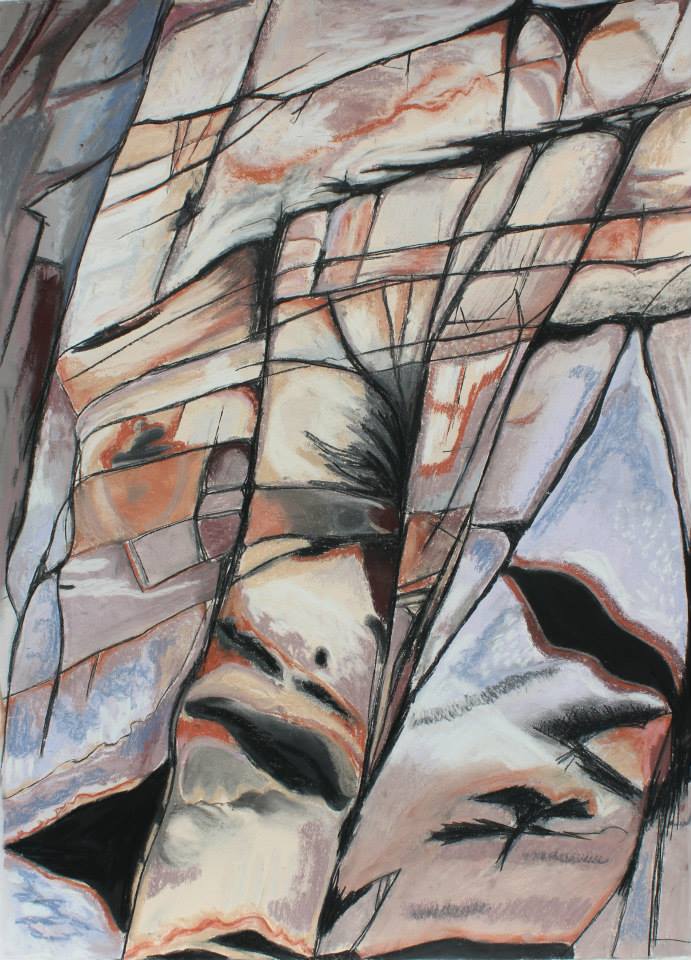 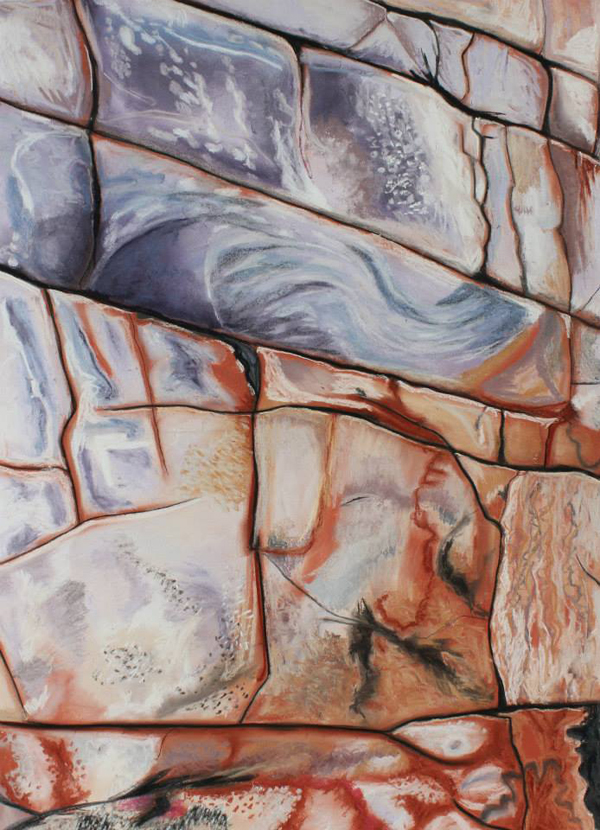 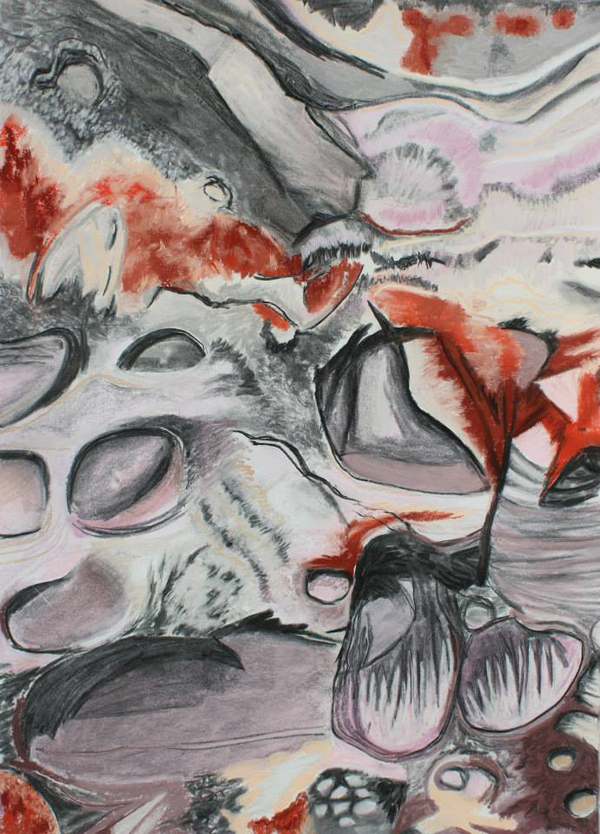 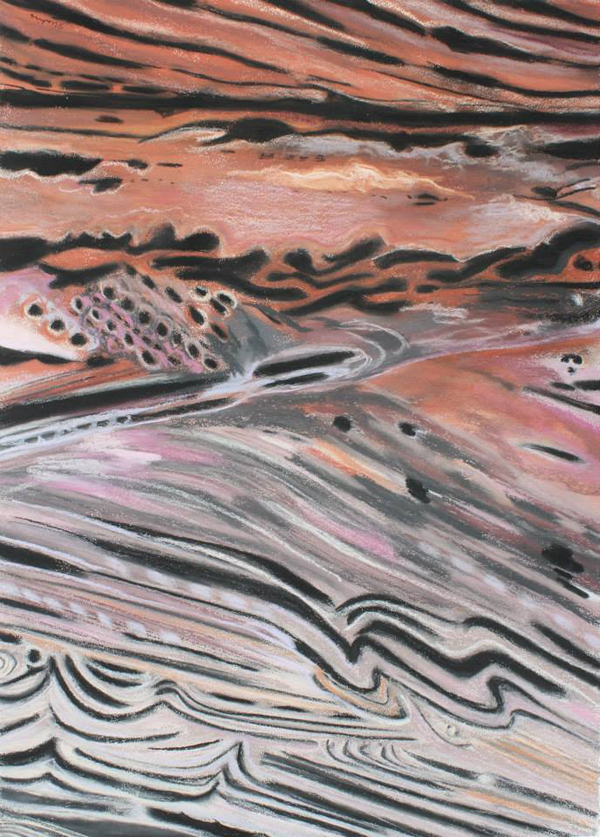 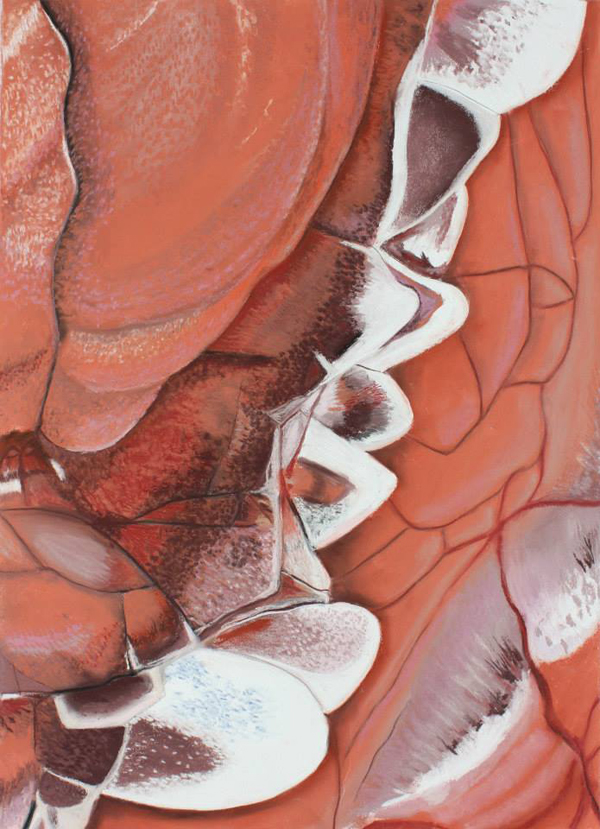 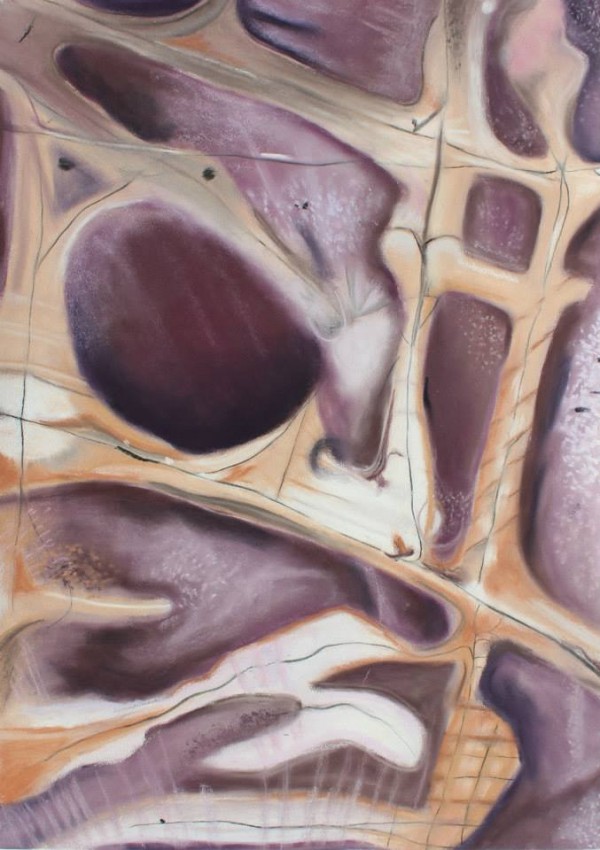 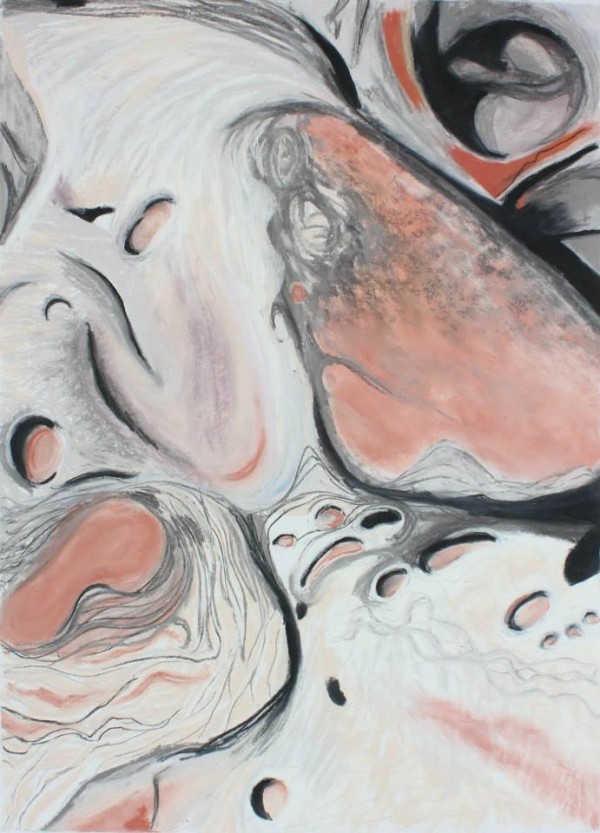 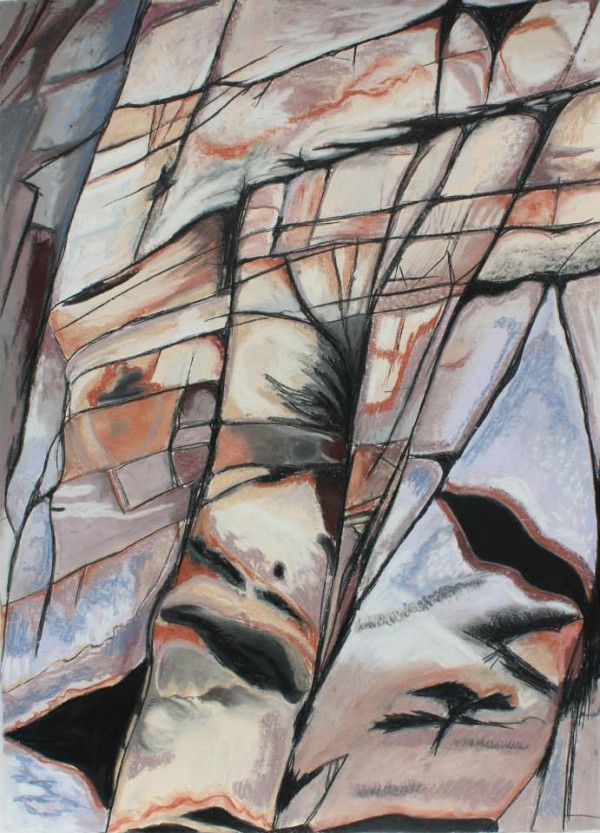 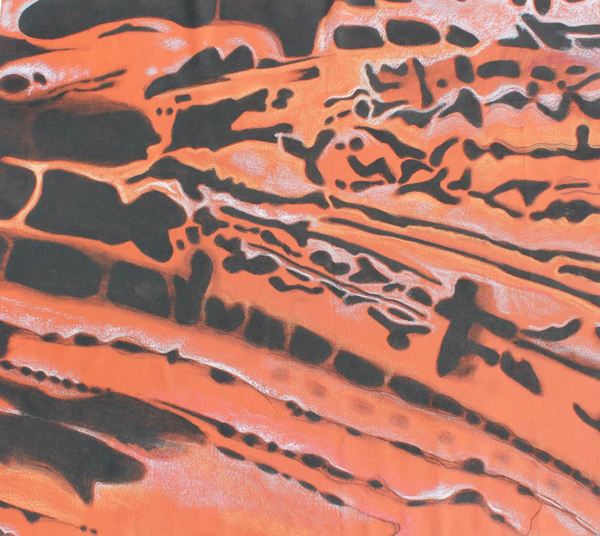 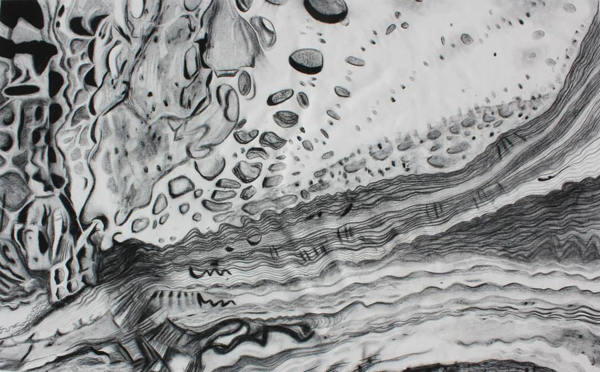 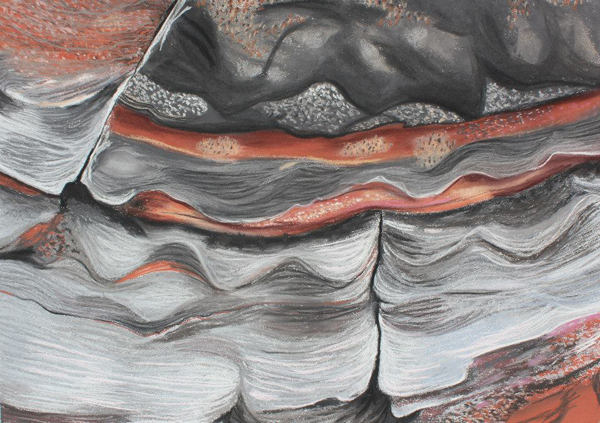 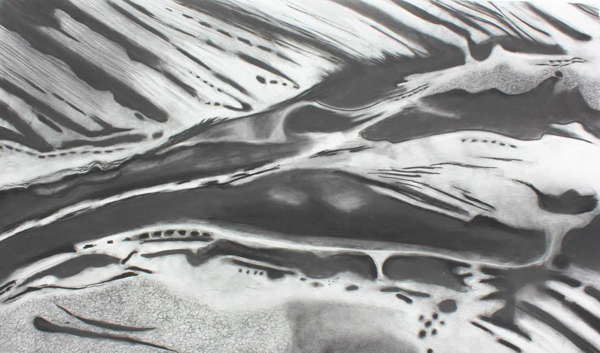 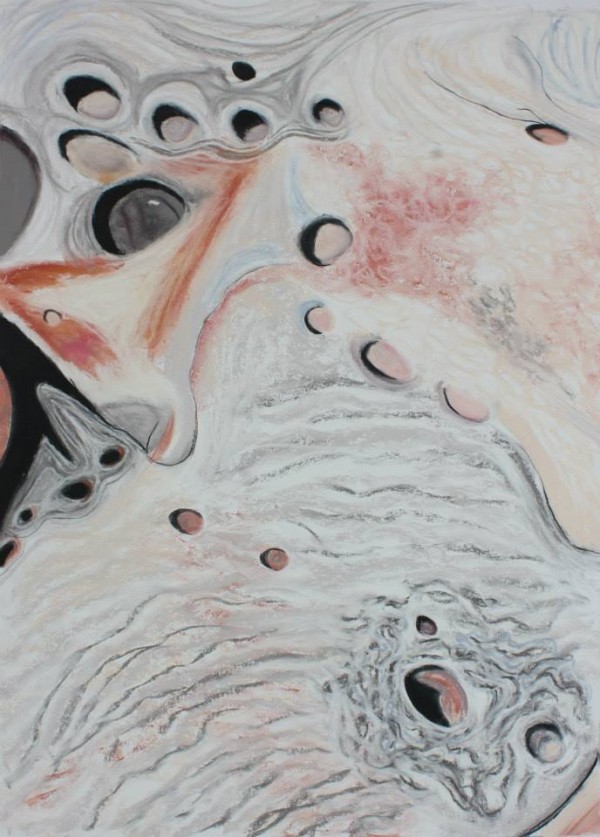 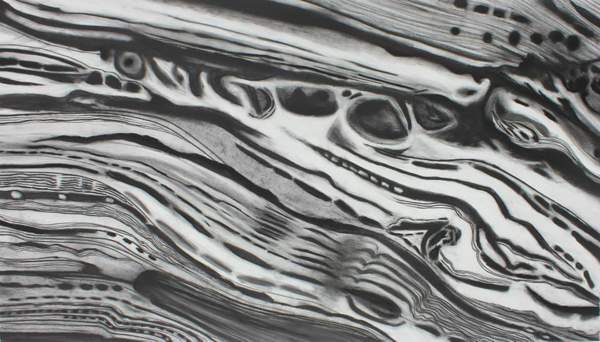 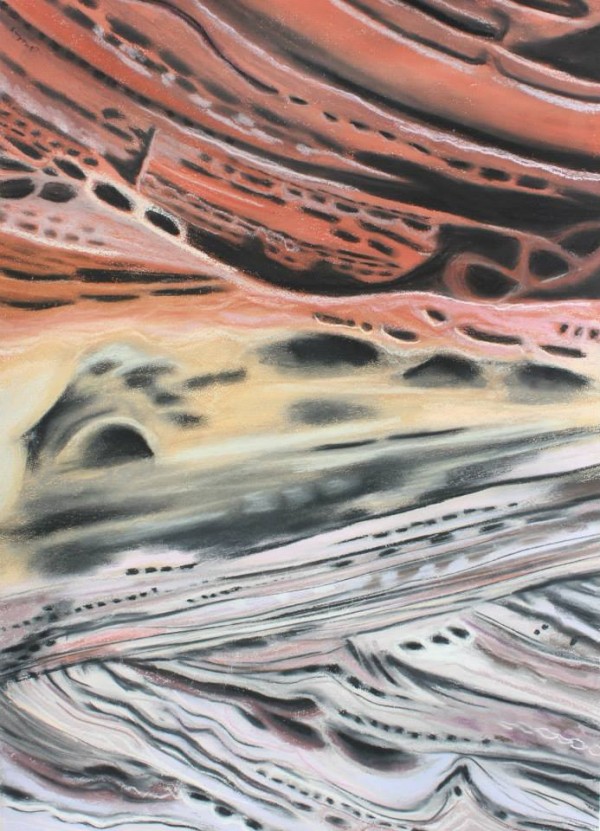 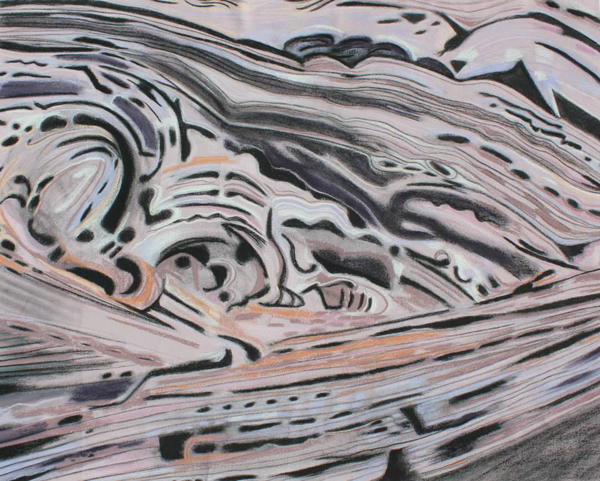 “In 2012 I spent a few weeks in the Kimberley region of WA. I loitered at the Broome Bird Observatory on Roebuck Bay, went on a sailing and bushwalking trip up through the Buccaneer Archipelago and went walking and camping in the Bungle Bungle.

Like most tourists, I was there in the dry season, but flowing and lapping water was written into the landscape all around me. The wind too had left its mark in the crenellations and crevices of the rock. It was like the eons of weather had been fossilised, petrified into the geology.

I have worked in both two and three dimensions to explore these patterns and surfaces. While I regard my work in all media as part of the same practice, it has been interesting moving my head and hands backward and forward between the relative softness and delicacy of pastels and charcoal and the gritty substance of clay. It has been a pleasure working with the predictable touch and colour of the charcoal and pastels to describe the true and subtle colours of these places. The ceramic work has instead offered the risk and surprises of a process not entirely under my control and much more geological in nature. But still I hope some of the softness of the old and worn bones of the earth has come through in the dolomite glaze.”

Jacqui Malins is a visual artist based in Canberra. Jacqui makes large-format drawings in charcoal and pastel and sculptural works in clay.