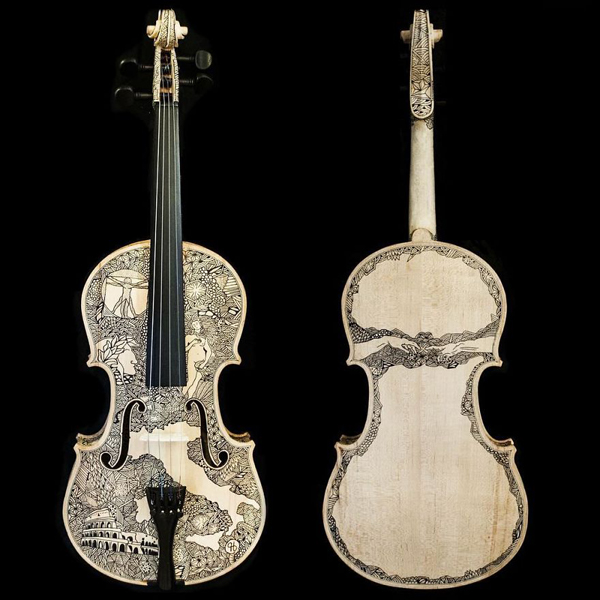 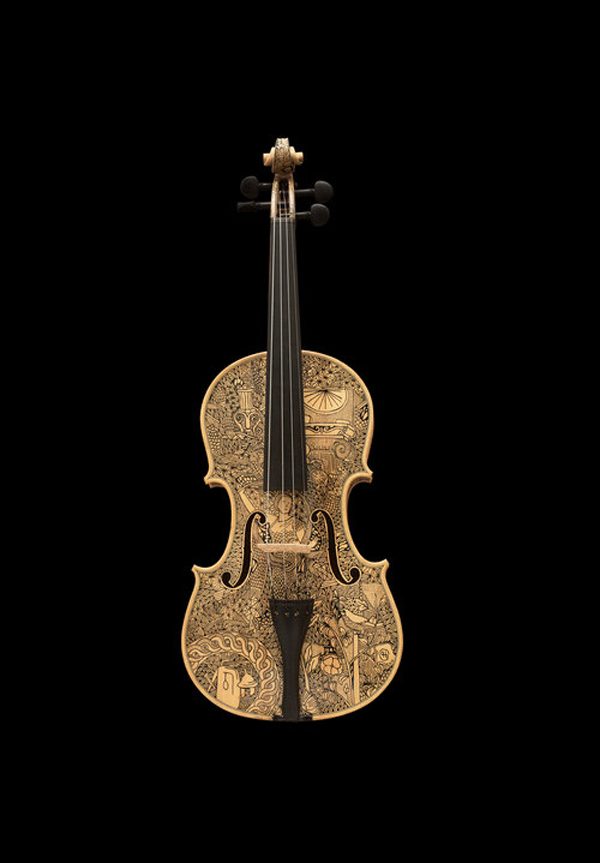 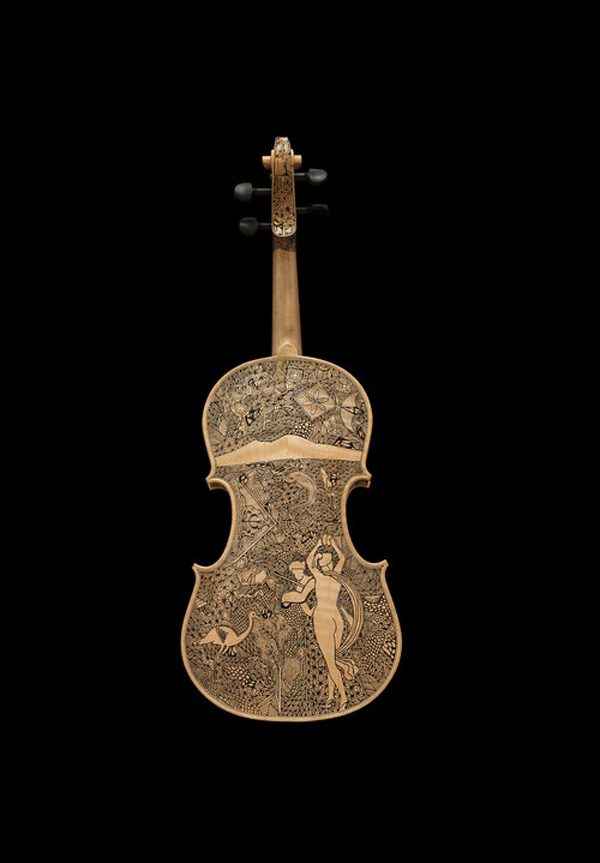 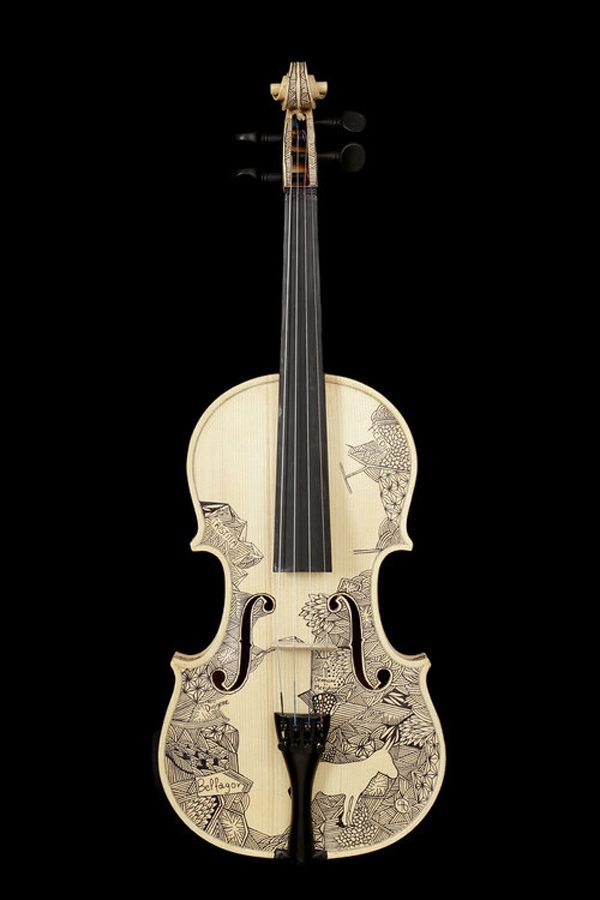 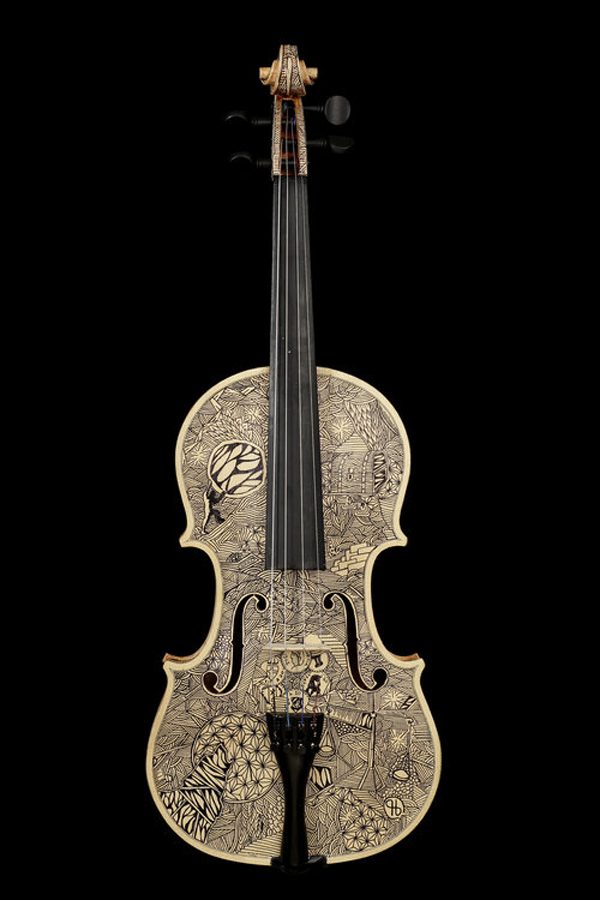 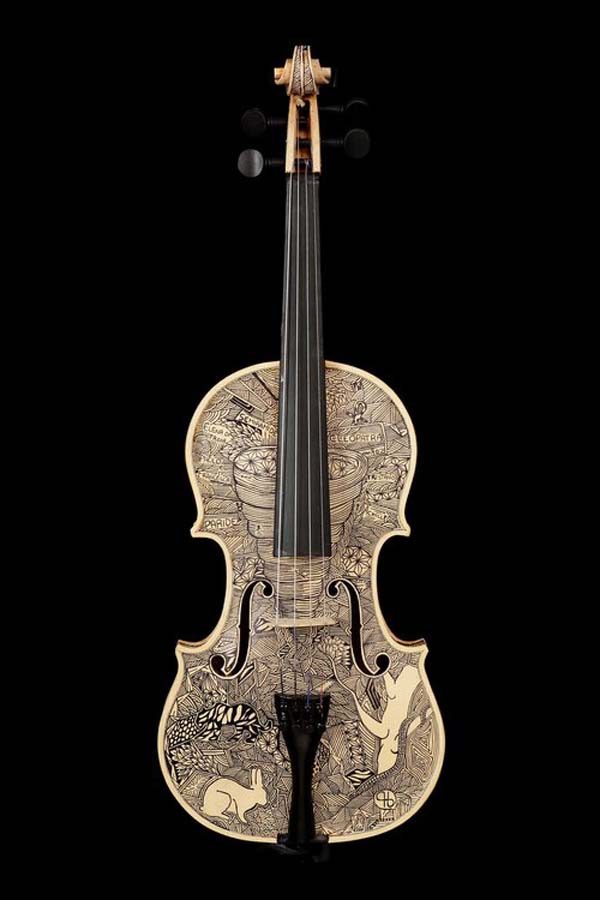 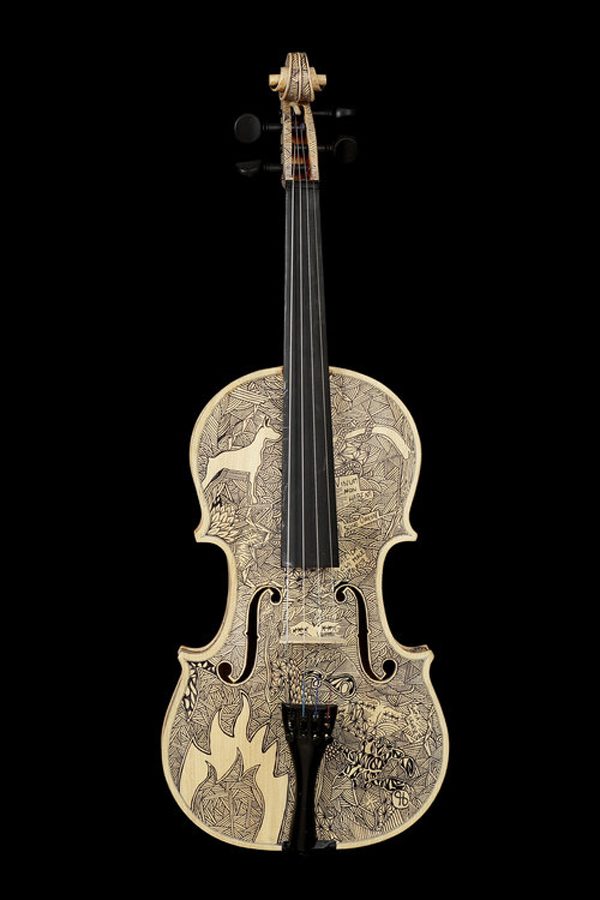 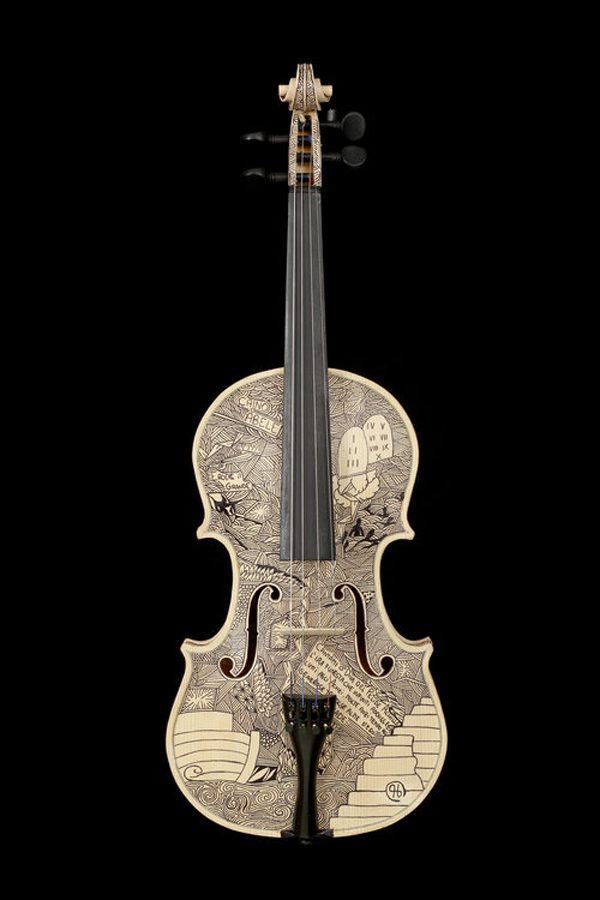 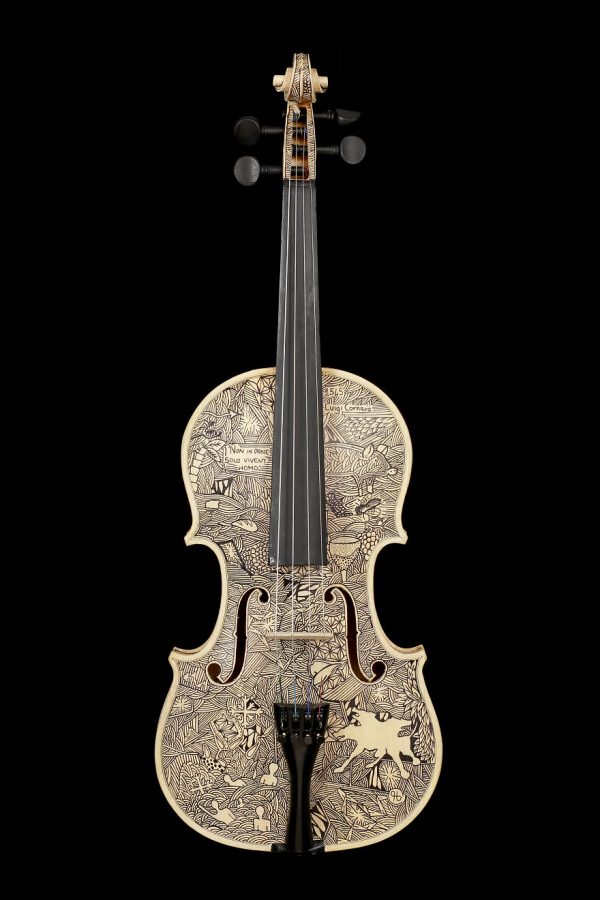 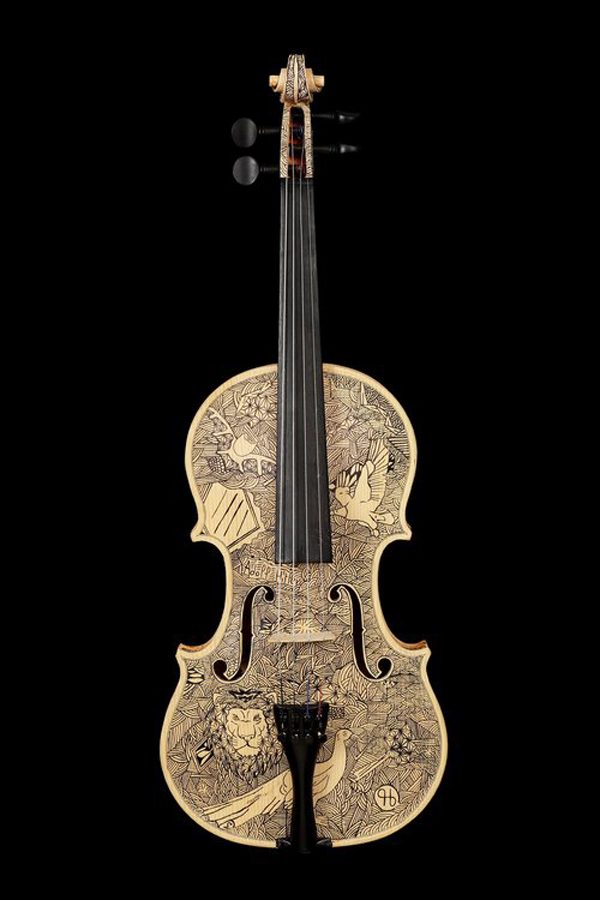 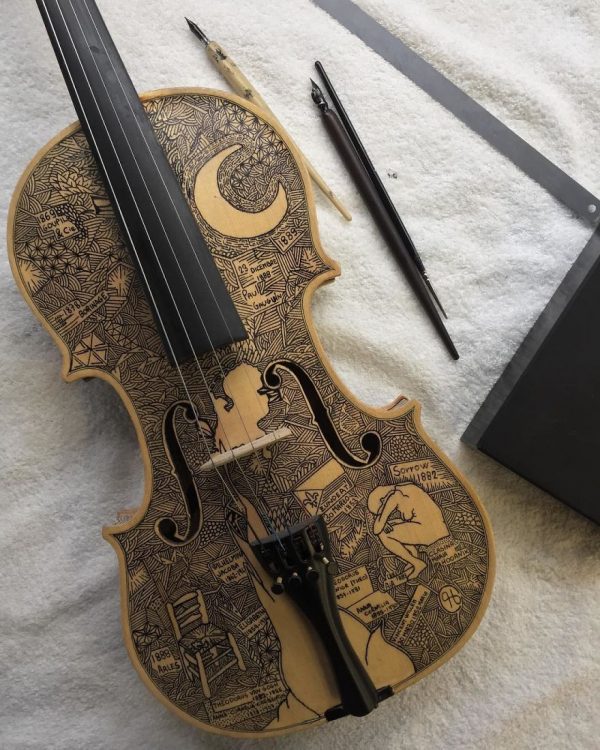 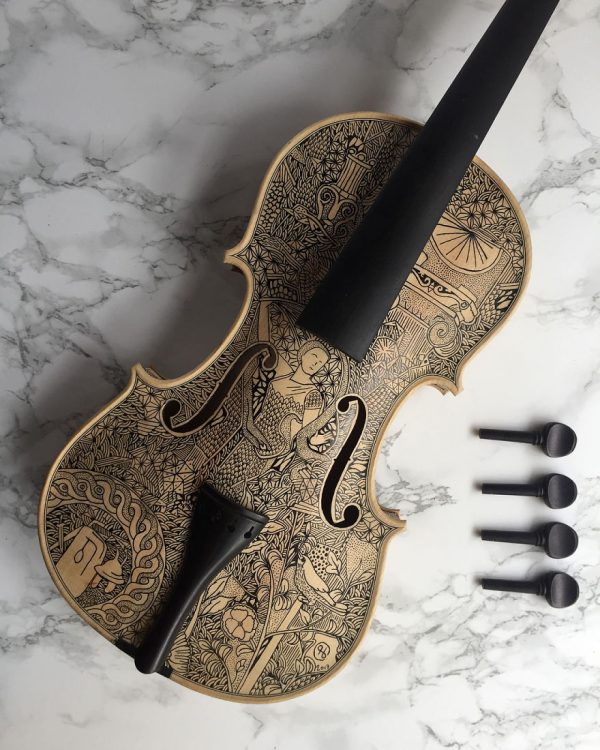 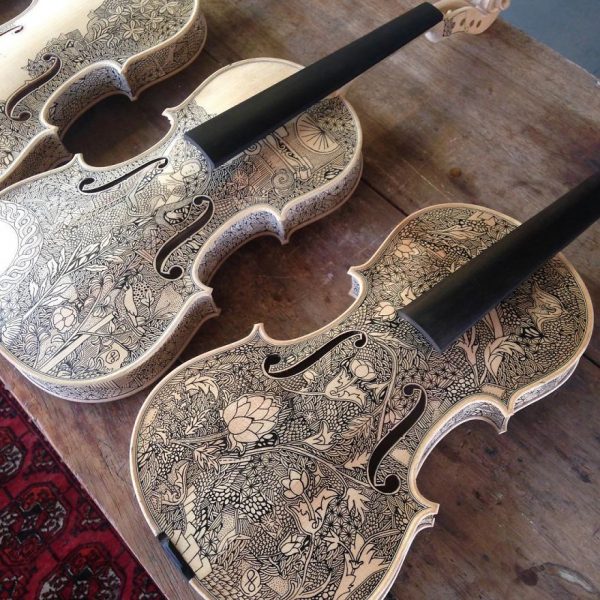 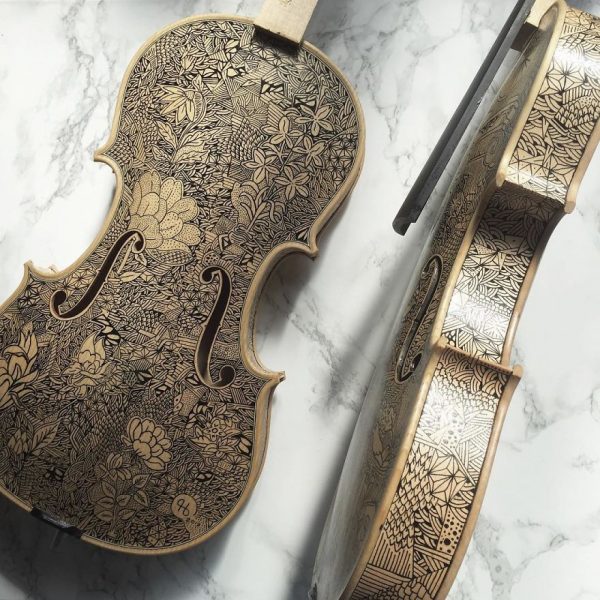 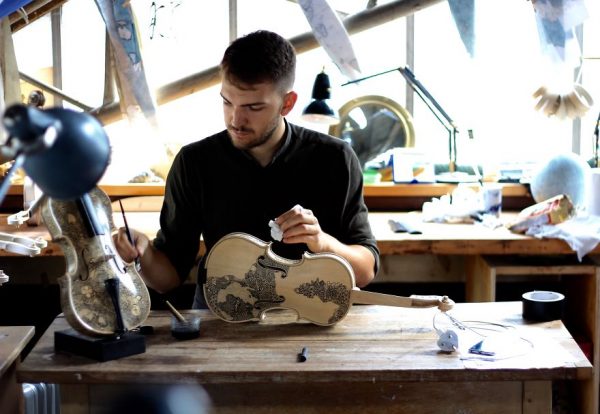 Each violin is a unique piece, hand-painted and personalised.

Leonardo Frigo is a London-based artist and violinist whose passion, innovation, and innate creative talent have all earned him the reputation as a celebrated visionary within the United Kingdom’s thriving art community. Over the course of nearly a decade, he has been actively painting string instruments. For five of those years, he meticulously studied the violin. Moreover, he obtained a degree in Art Restoration from UIA (Univeristà Internazionale dell Arte) in Venice, Italy.

Leonardo creates this unique art form with the premise that his instruments can not only be listened to while played or merely visually appreciated in their original form, but read like storybooks. Through striking symbols, vivid patterns, and strategically placed embedded text, his work welcomes his audience to engage with instruments in a new, one-of-kind way, instilling them with a newfound perspective.

Best-known for the “Seven Deadly Sins” and the “Four Seasons,” these distinct projects have had successful exhibitions across Europe and beyond, including Italy, South Korea, France, and England. In general, his biographical illustrations have garnered worldwide acclaim.

Today, Leonardo is in the midst of working on a venture that pays homage to Dante Alighieri’s masterwork, “Inferno,” featuring one cello and 33 violins for each chapter.

When he doesn’t have a paintbrush in hand, you can find Leonardo at a classical concert or museum. He is also a voracious reader.