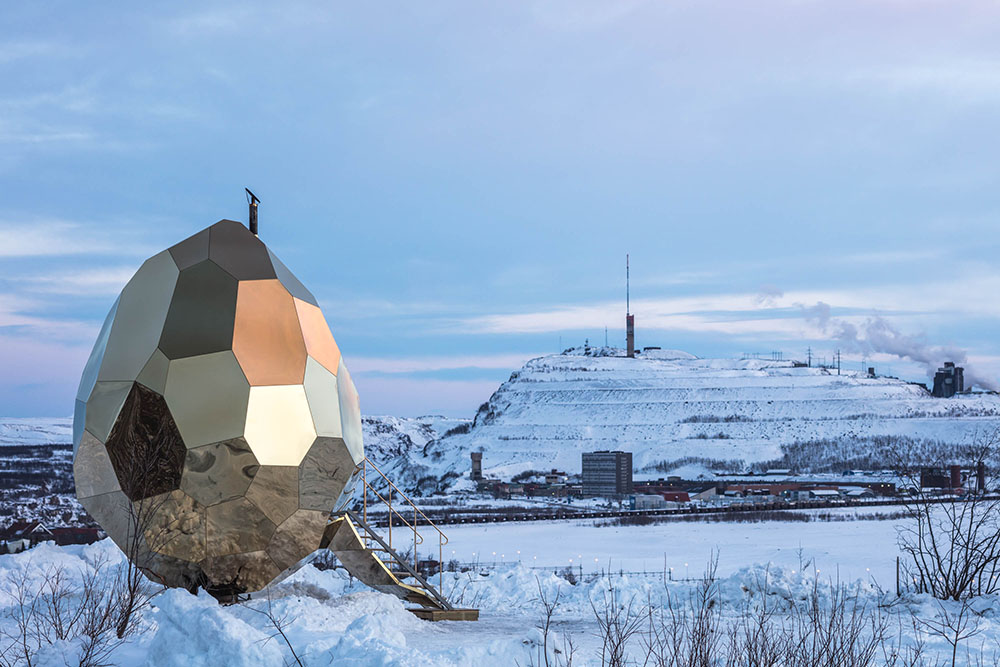 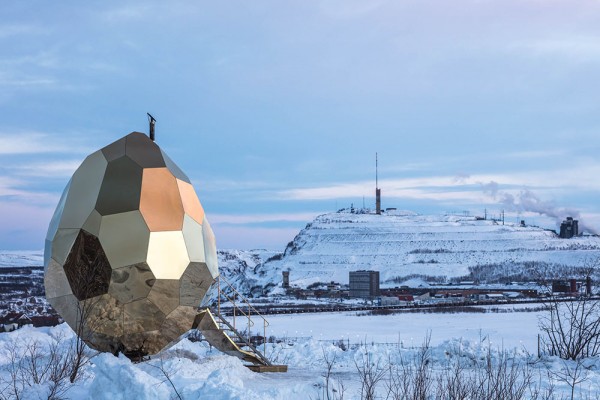 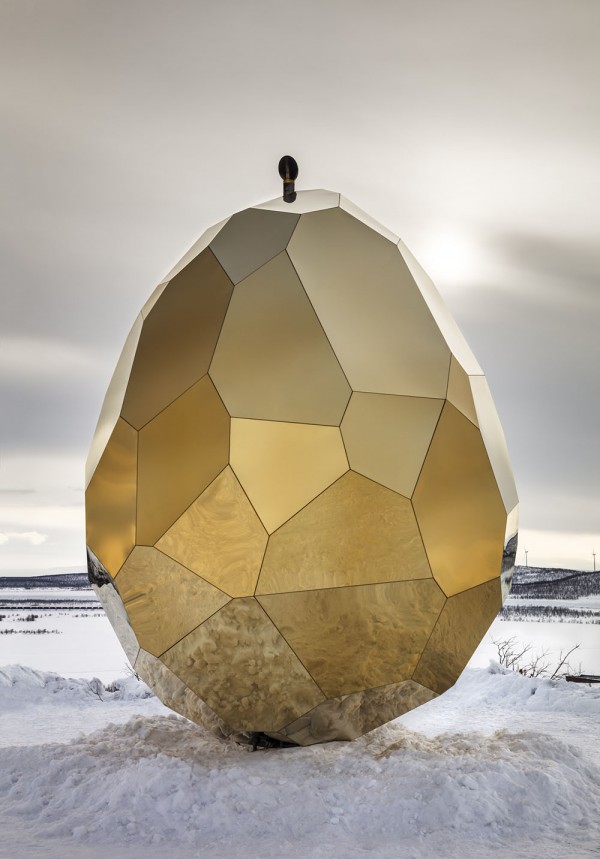 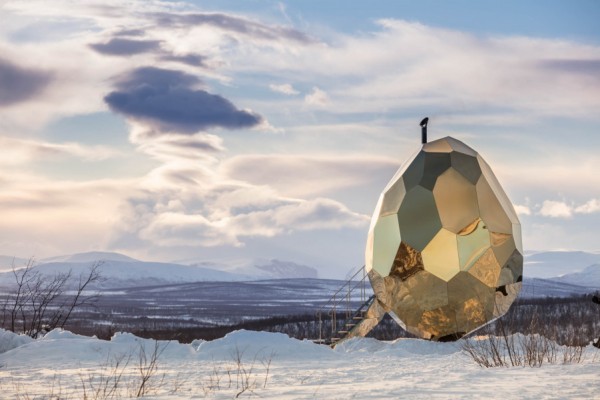 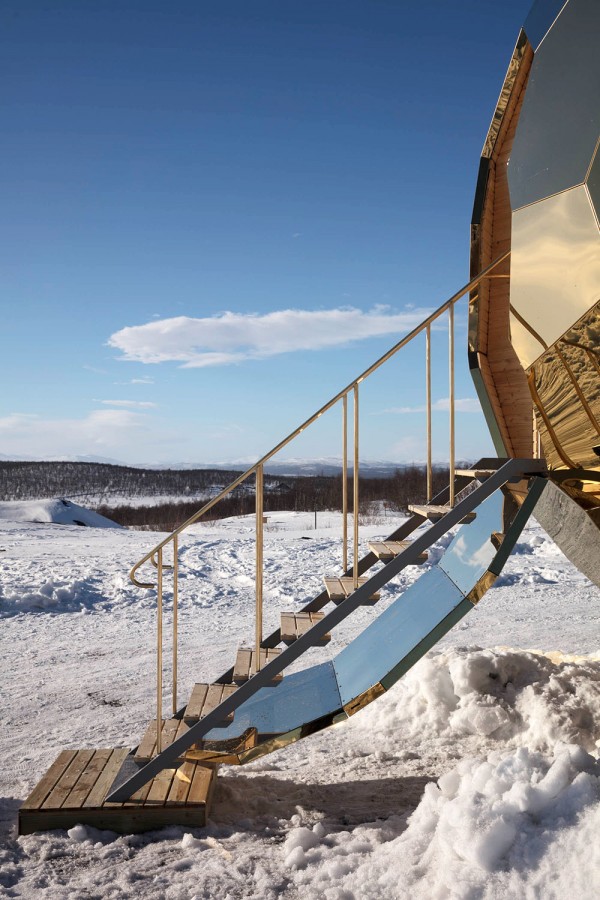 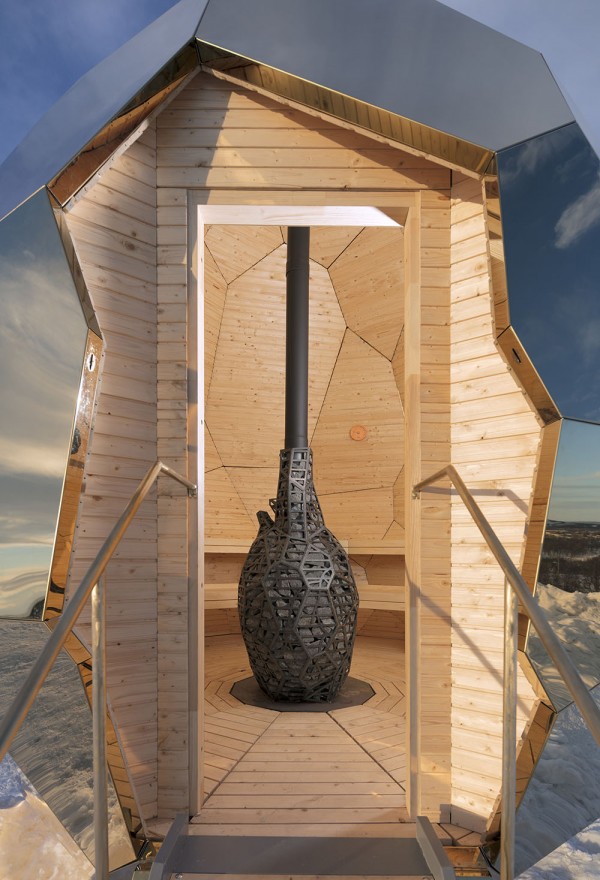 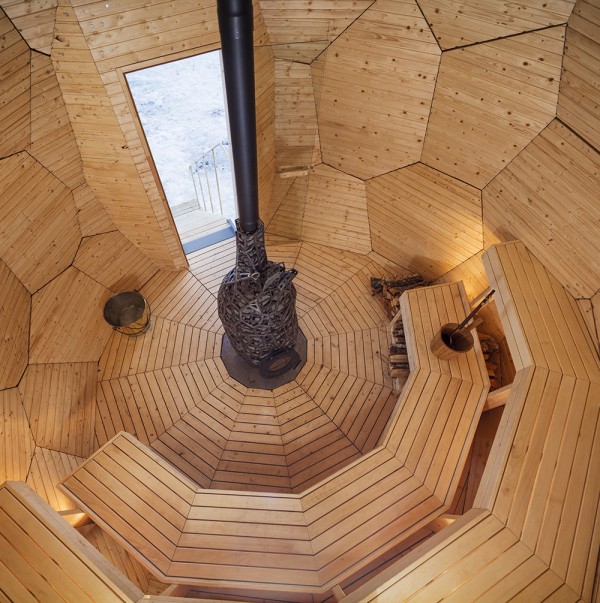 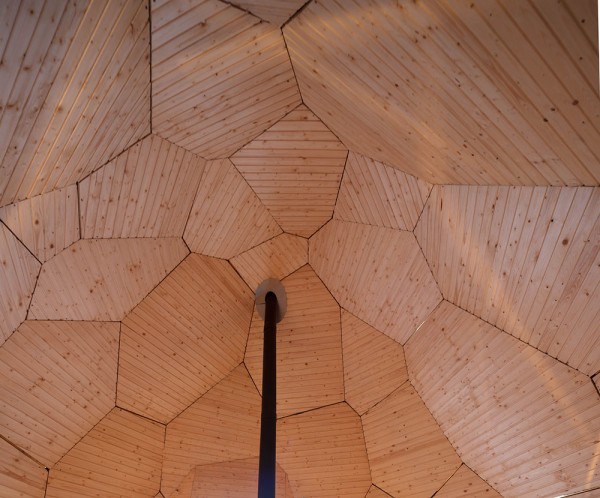 Architects Bigert & Bergstrom recently unveiled Solar Egg, an egg-shaped wood-burning sauna that can seat up to 8 people. The project is part of an urban redevelopment effort lead by developer Riksbyggen in the northernmost city in Sweden called Kiruna. Standing 16 feet (5m) tall, the eye-catching egg is comprised of a pine wood interior and highly reflective gold plated steel panels that reflect the environment surrounding the sauna. In the center rests a heart-shaped sauna stove cast from iron. From Bigert & Bergstrom:

In the arctic climate of Lapland the sauna occupies a key position, as a room for warmth and reflection. B&B have taken up this tradition and developed a sculptural symbol that prompts thoughts of rebirth and an incubator that nurtures conversation and exchanges of ideas. The project is a continuation of the artist’s strategy to incorporate the climate into the experience of the artwork which was initiated with the Climate Chambers in 1994.

When not in use, Solar Egg can be broken down into 69 separate components which can be reassembled elsewhere, rendering the entire sauna completely mobile. You can learn more about Solar Egg here.