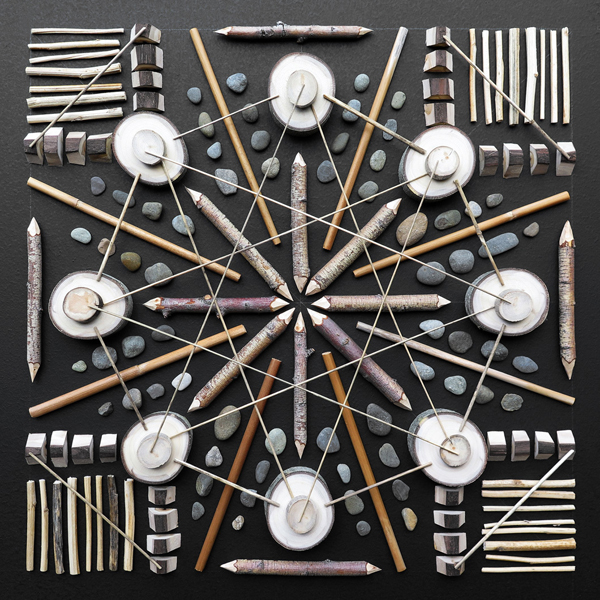 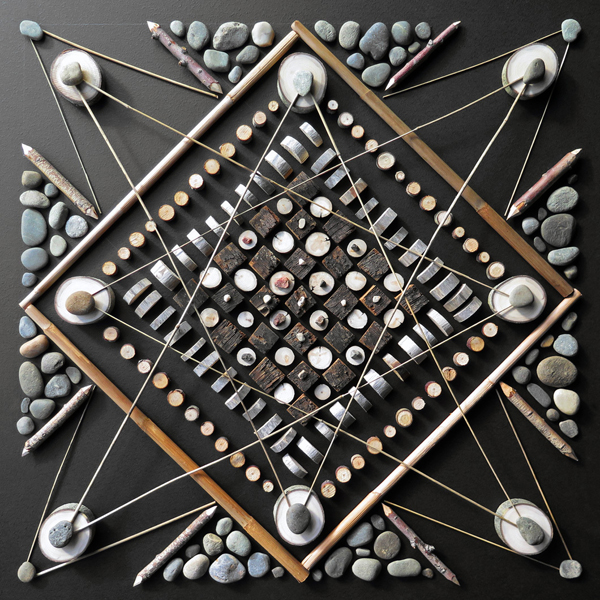 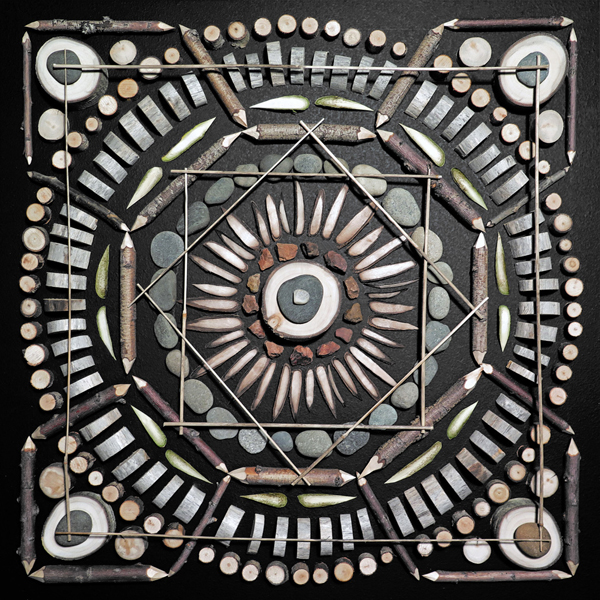 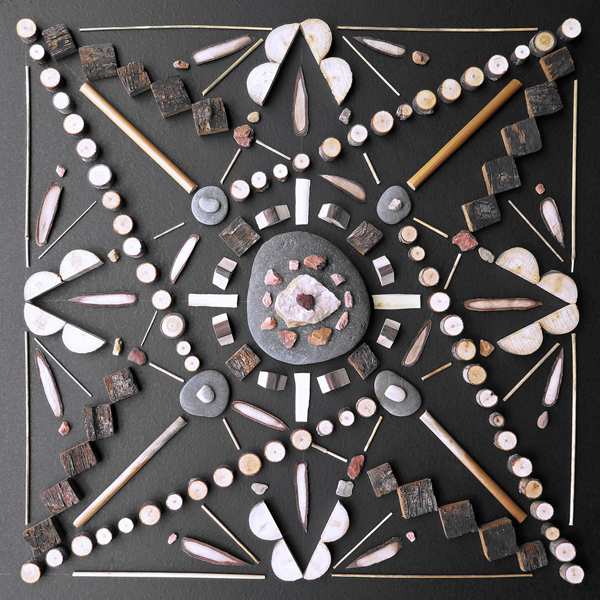 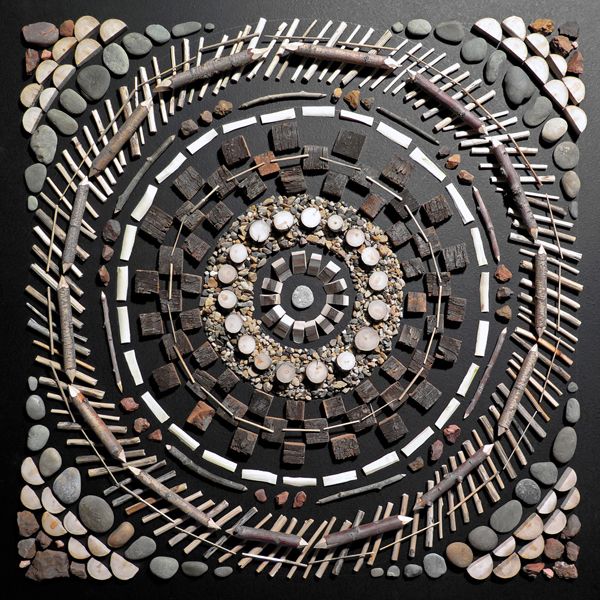 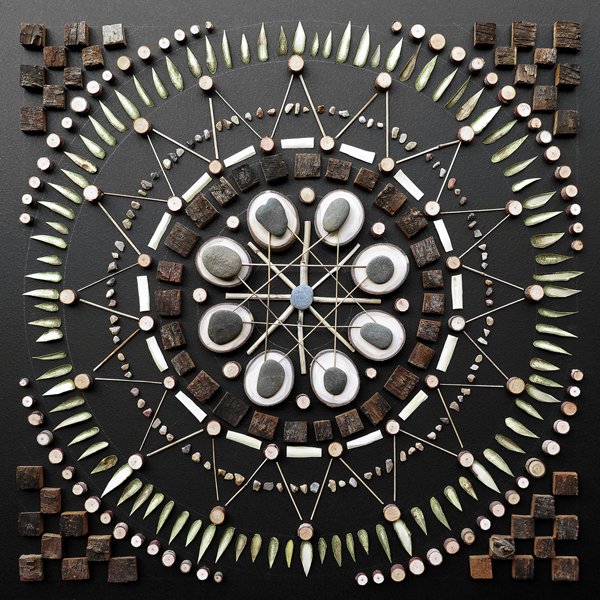 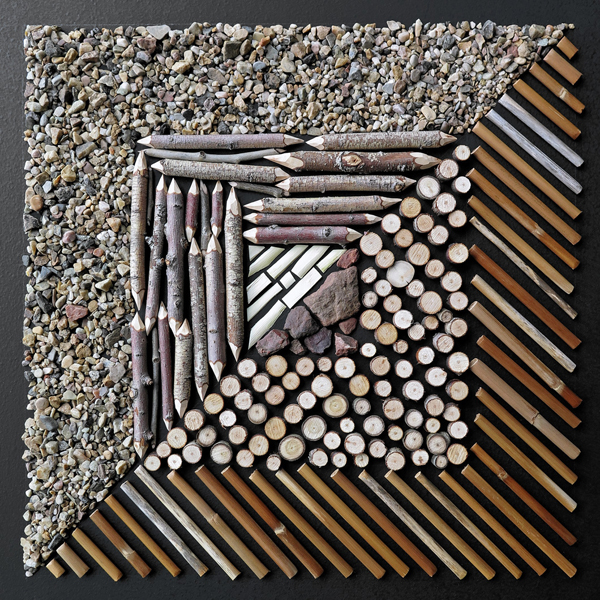 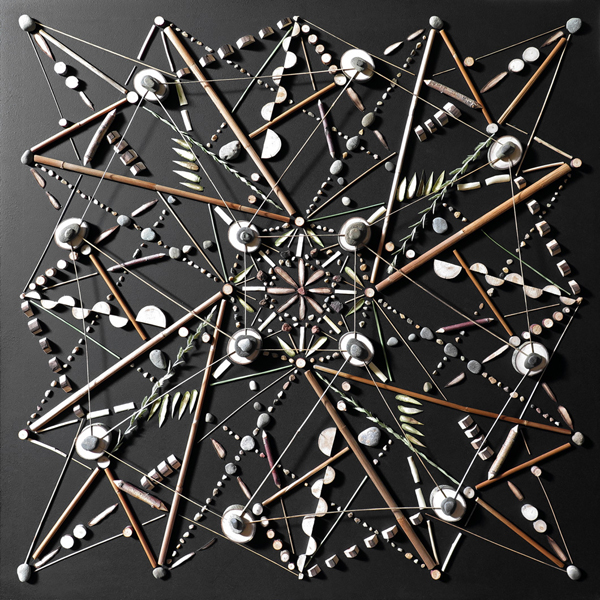 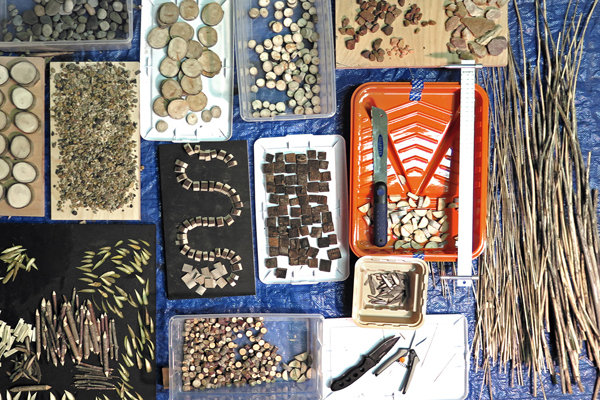 “In June 2014 I had the great pleasure of traveling to Eden, Utah for an artist residency with the good folks at SUMMIT on Powder Mountain. During the weeks leading up to the project I brainstormed many different ideas of what I could create, how, and why. Having spent most of my recent years in cities, and many of my recent months indoors during the wintertime painting on canvas and paper, I decided it was a good play to take full advantage of the sunshine and wilderness and develop a series that would allow me to explore the beauty of Utah, create work with my hands, and celebrate the native color palette of the landscape.

This series of mosaic mandalas was created entirely with elements foraged on the mountain and in the valley: River pebbles and stones, shale, red rocks from the high elevations, dead branches from aspen trees, bark from evergreens, cattails from the lake’s edge, dried wild grasses from yesteryear, and cut dead branches exposing the rings of the tree’s life. Everything was right there for me, all I had to do was notice it’s potential. Over the years I have always been drawn to the infinite possibilities of geometric mandala grids. I have painted dozens of them on Canvases and Walls, designed them with colorful Vectors, and even collaborated with a friend on a Robot Rendered Series on paper. A new approach to a timeless concept.

Going into this project felt like a very natural evolution. The geometric, concentric vocabulary was already front of mind for me, the exciting part was to translate the ideas into this new organic medium. At first it felt like playing caveman Tetris, somewhat of a flashback to building block castles I made as a child, but as the configurations evolved to be more complex I very much felt like a graphic artist or bricklayer, every measurement had to be dialed and every pebble or twig needed to be carefully placed. By the end of the series it no longer felt like assemblage art, instead it was more of a painterly process, with the palette to my left and my paintbrush replaced with elemental expressions and flourishes. Kinda like painting with mother nature’s paintbrush.”