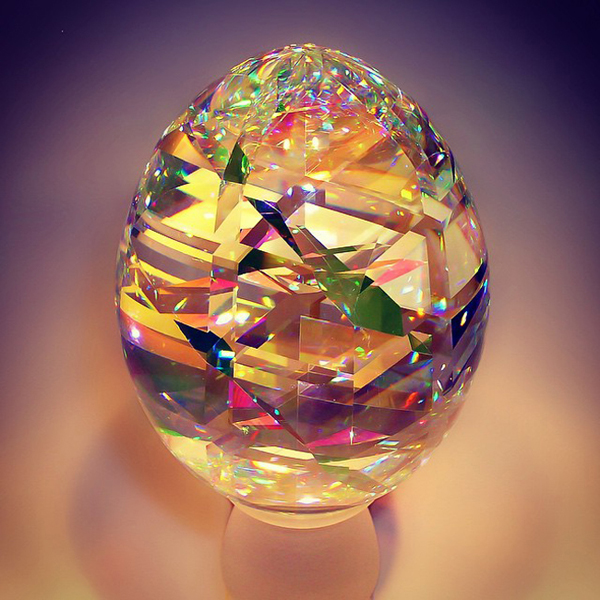 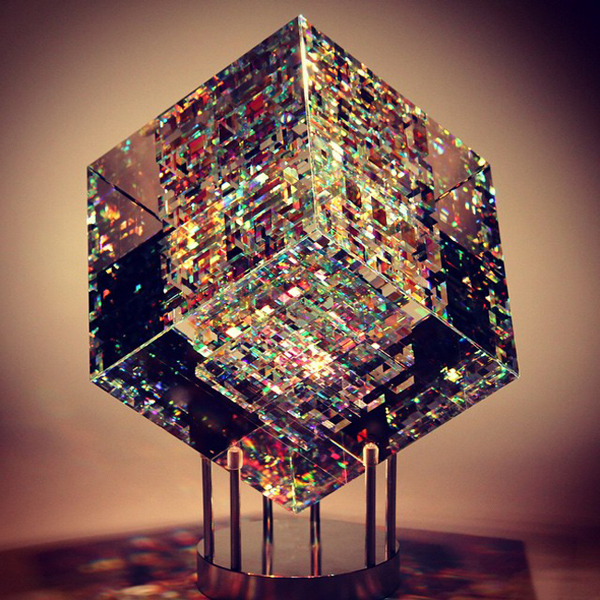 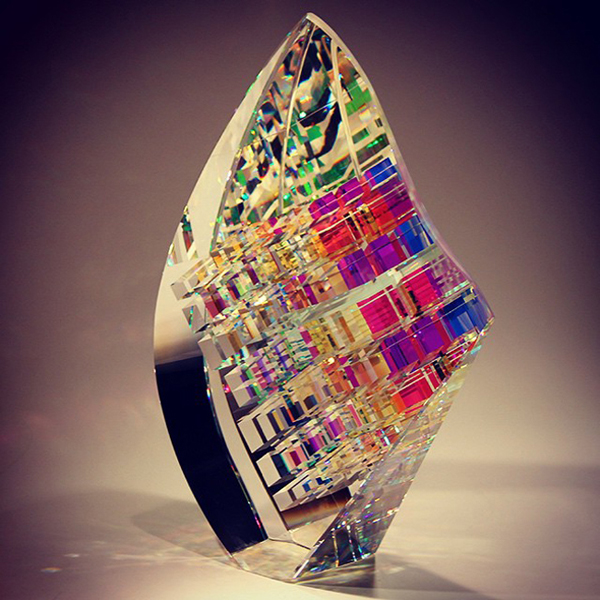 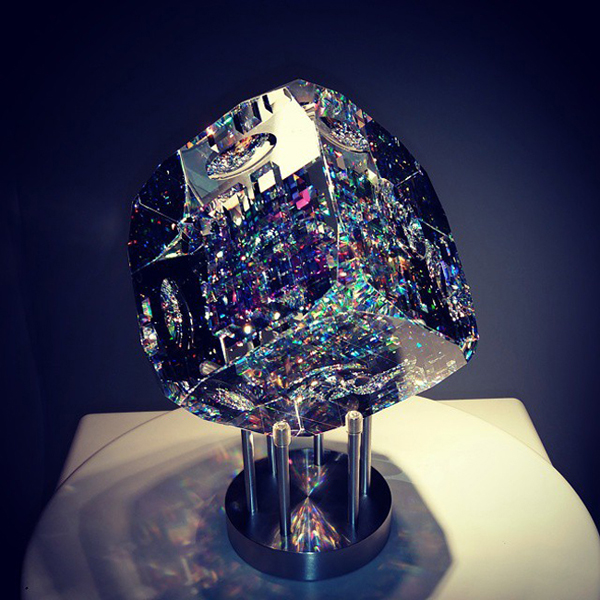 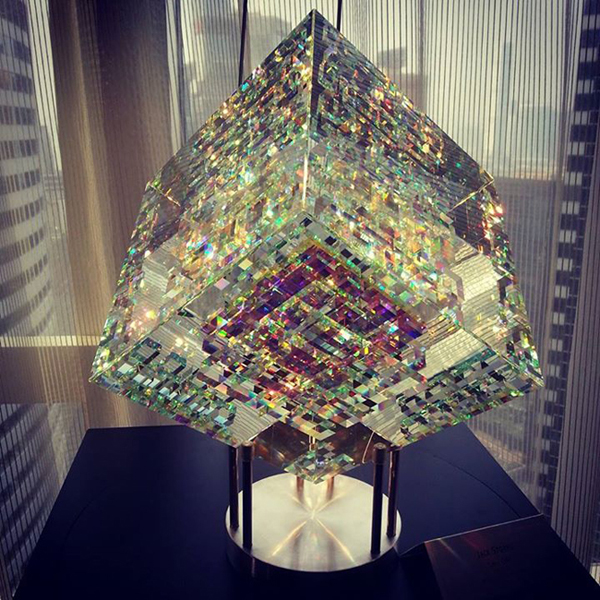 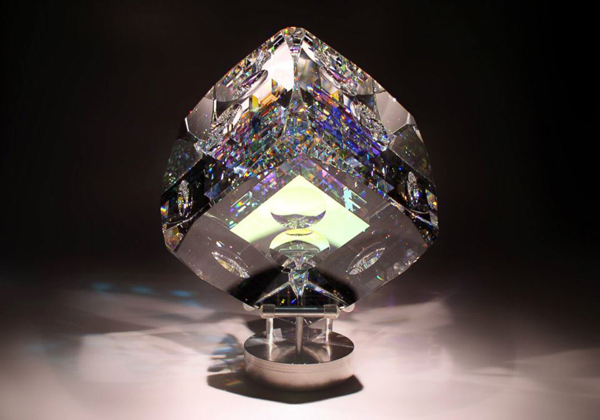 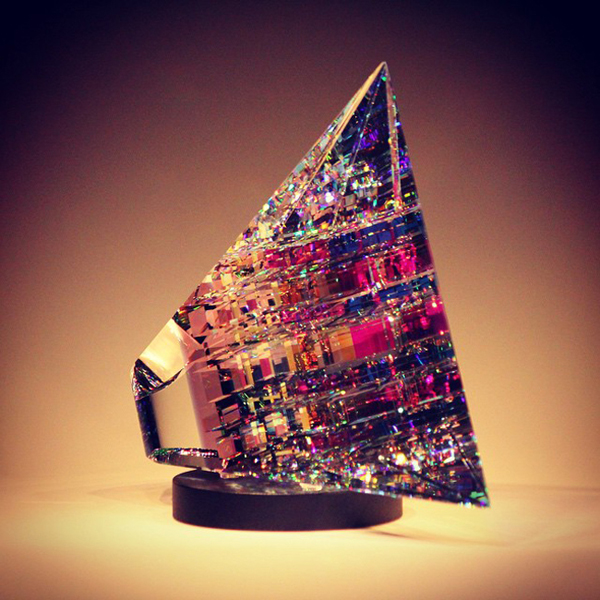 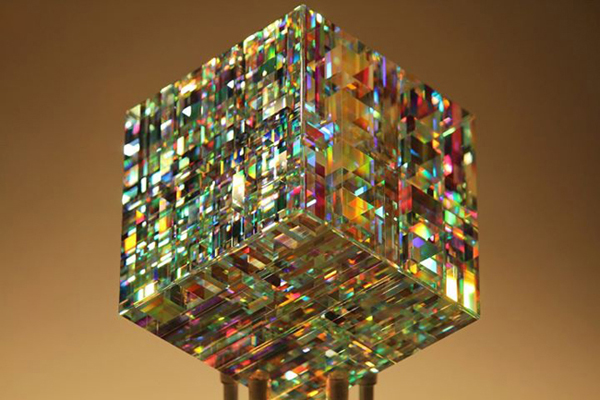 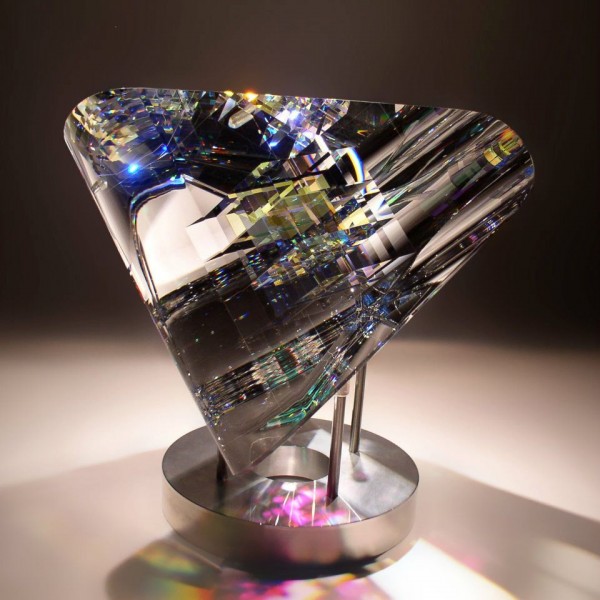 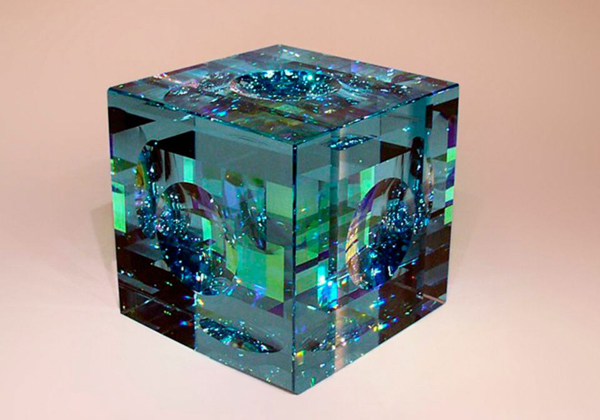 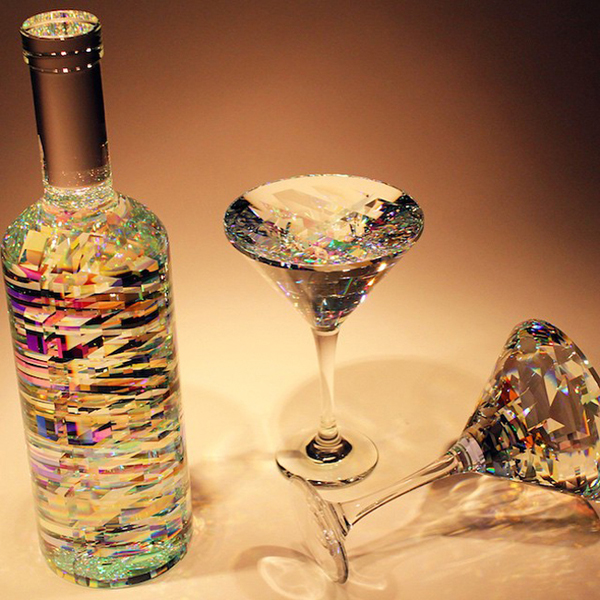 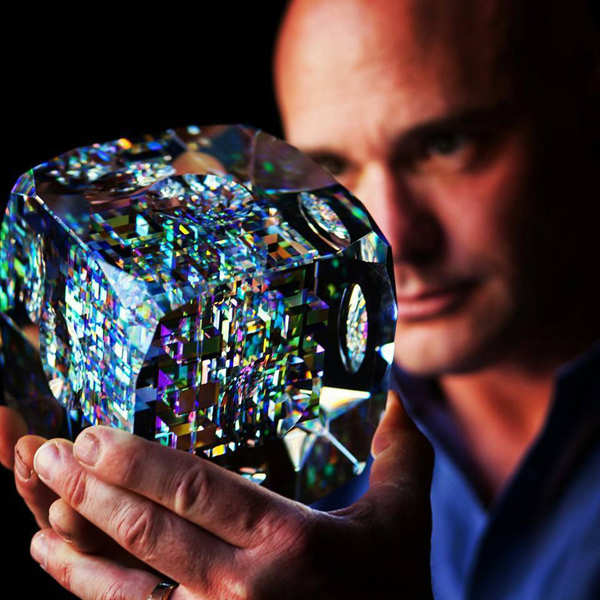 Incredibly talented and skilled beyond all reason, Jack Storms was destined to be someone really amazing. Both a tremendous athlete and a motivated student growing up in New Hampshire, it wasn’t until later in life that Jack discovered his passions in contemporary art and graduated at age 30 from Plymouth State University with a BA in Art focusing primarily on studio production. It was during his junior year there that he happened upon what would eventually become an entryway to his legacy, the studio of a glass artist that was close to his school where he was producing a phenomenally rare style of glass art work combining lead crystal and dichroic glass using a cold-glass process. The process itself which required weeks and weeks to produce even one completed glass sculpture was incredibly intense and physically challenging, and the number of glass artisans working in this form of fine art could be counted on one hand. Working side by side with the artisan for over a year, Jack learned every component and facet of this incredibly challenging and rare art form and eventually was a strong enough sculptor to branch out on his own in 2004 and open StormWorks Studio.