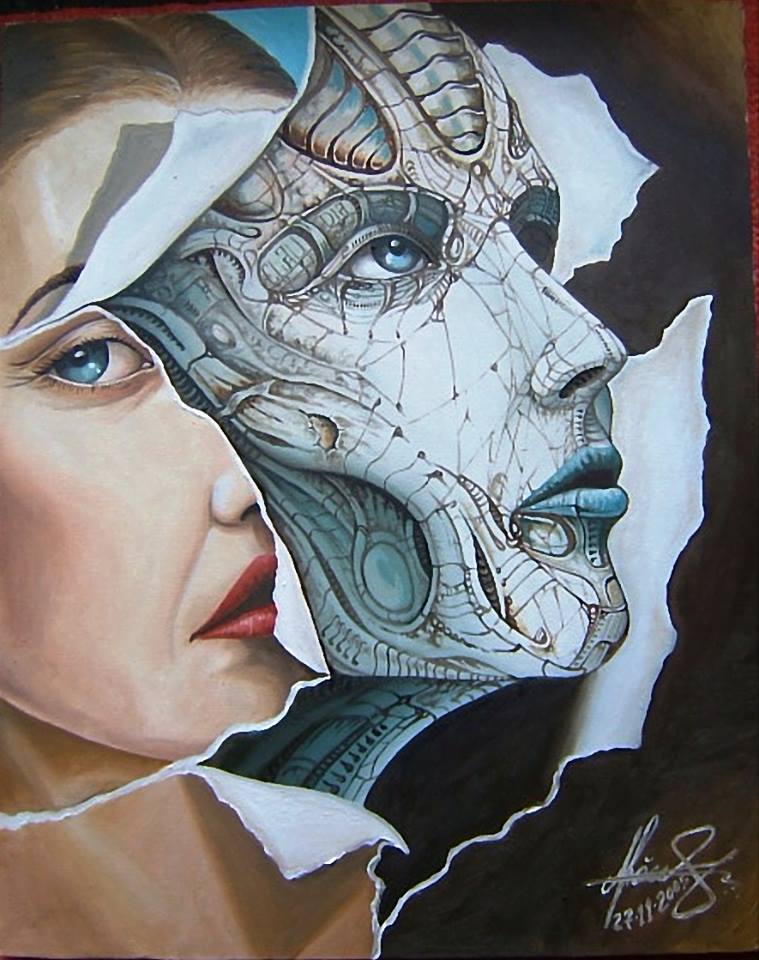 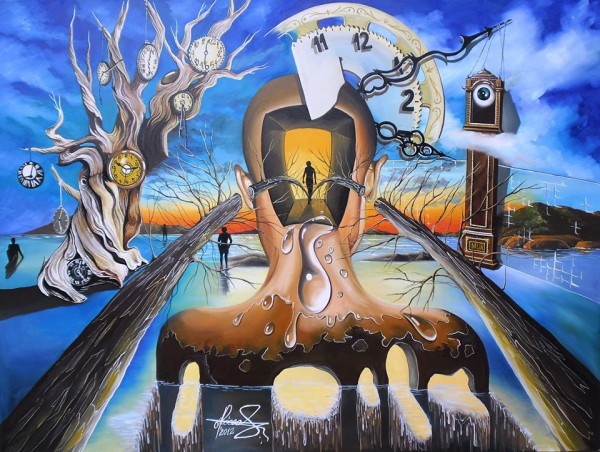 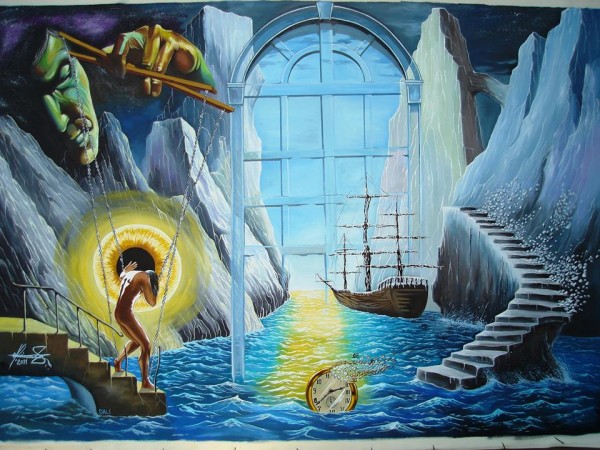 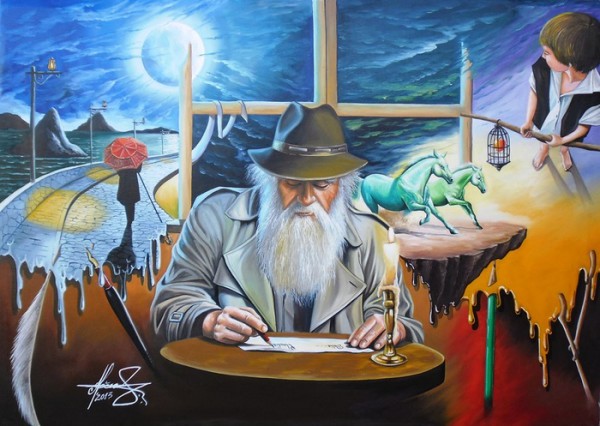 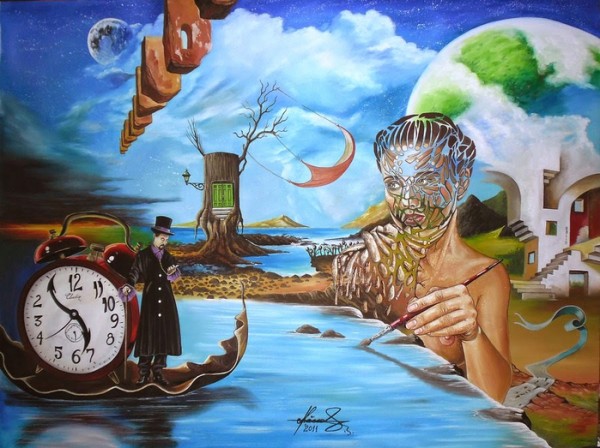 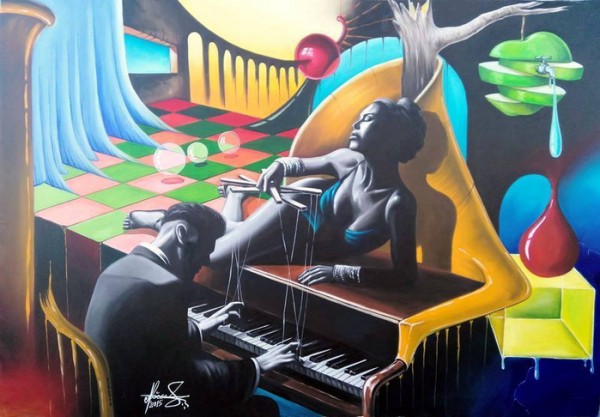 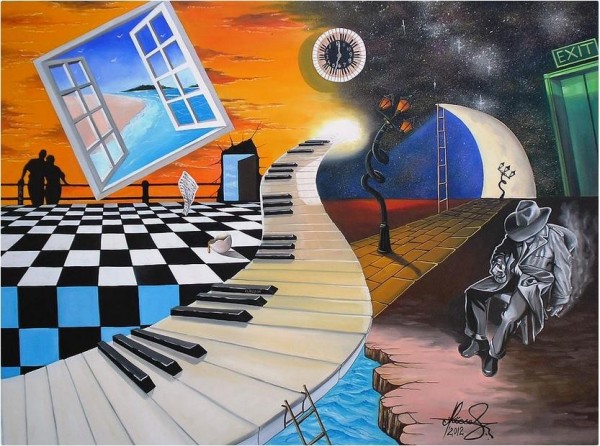 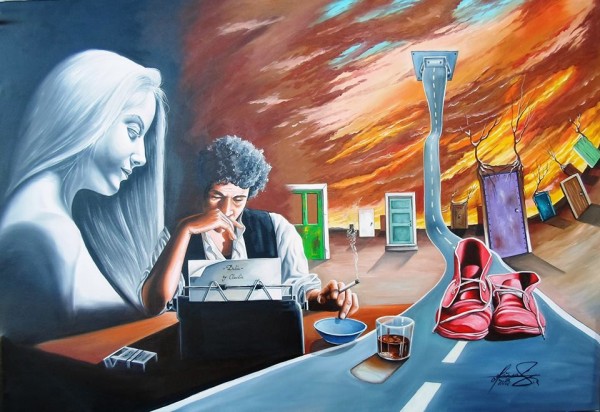 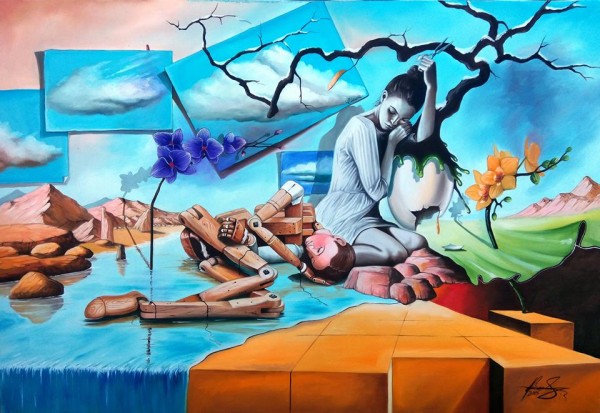 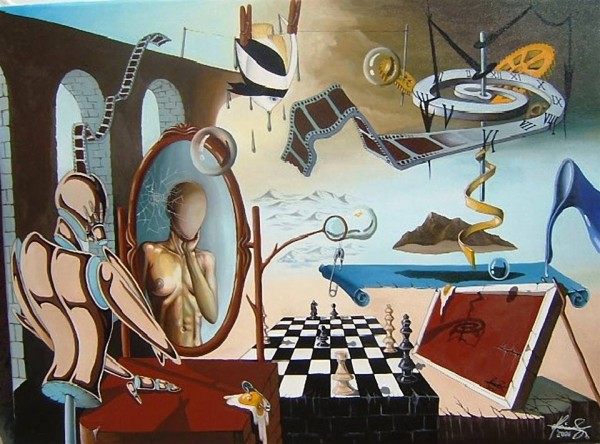 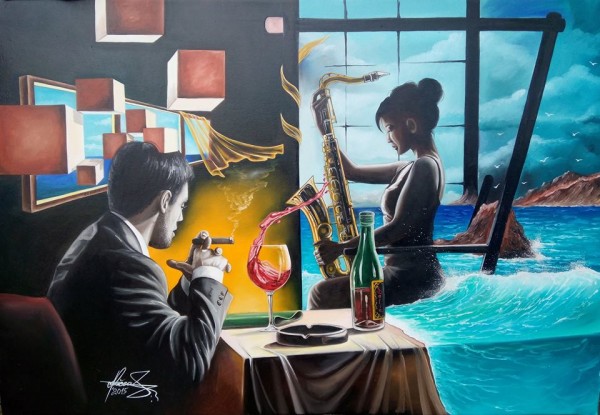 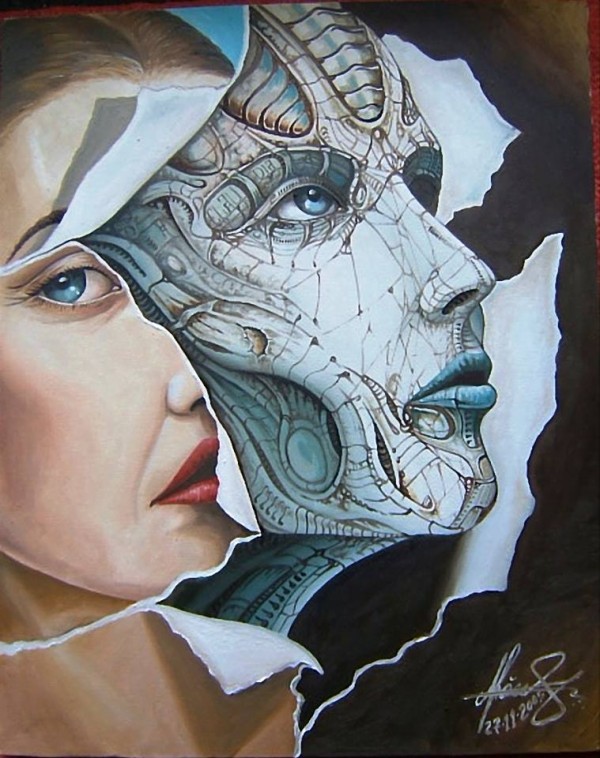 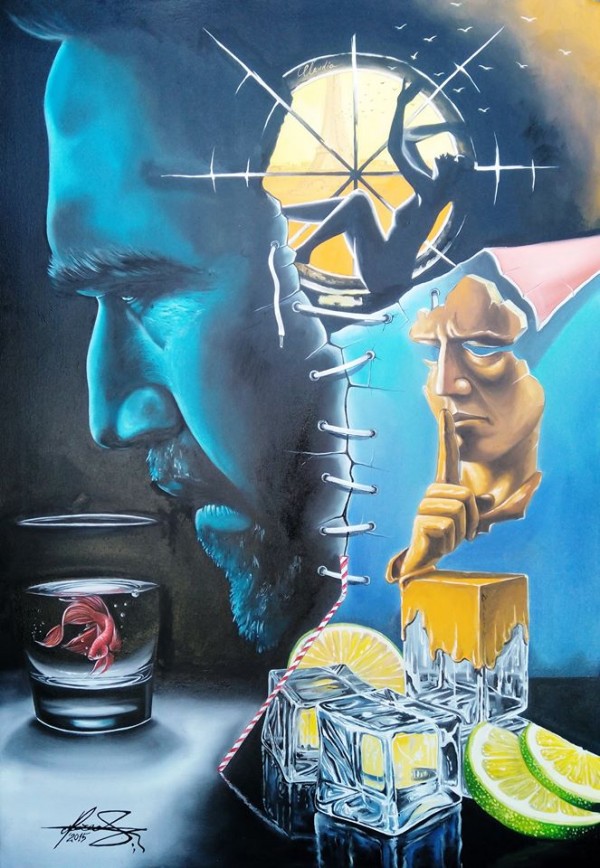 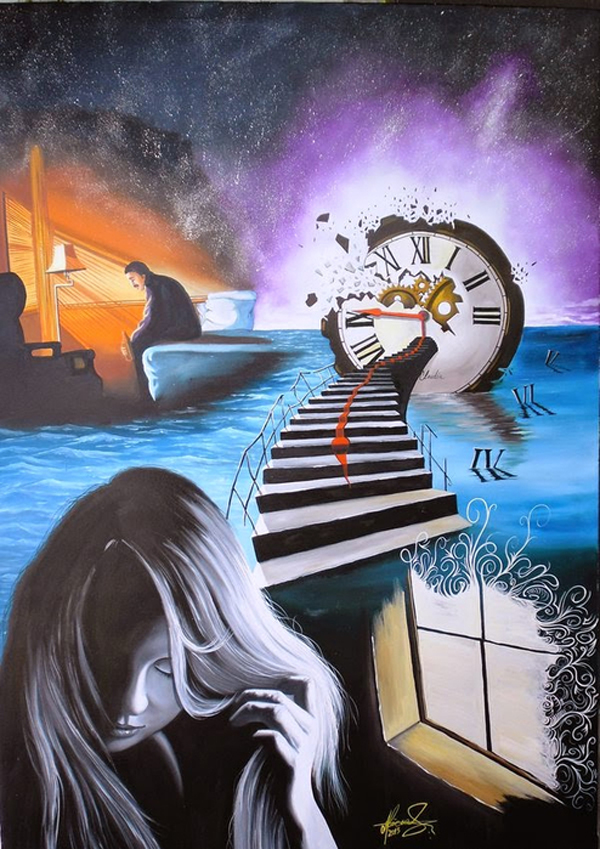 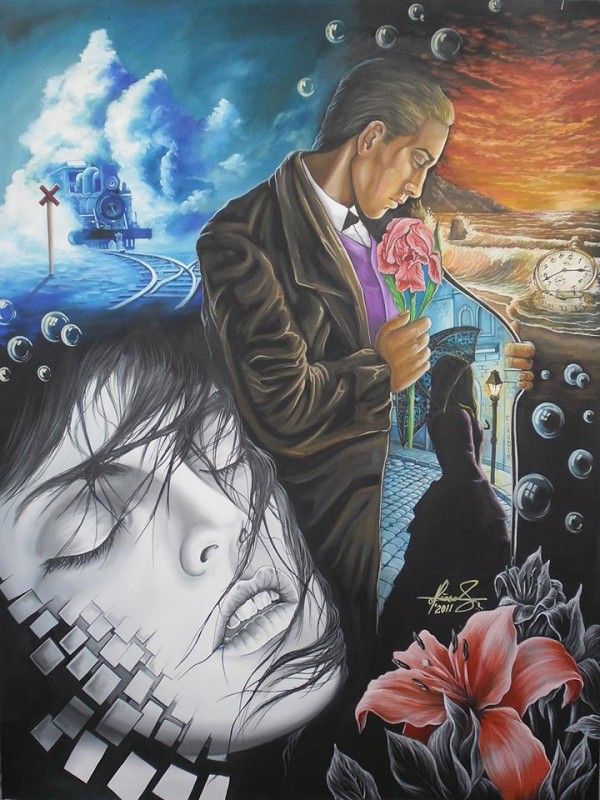 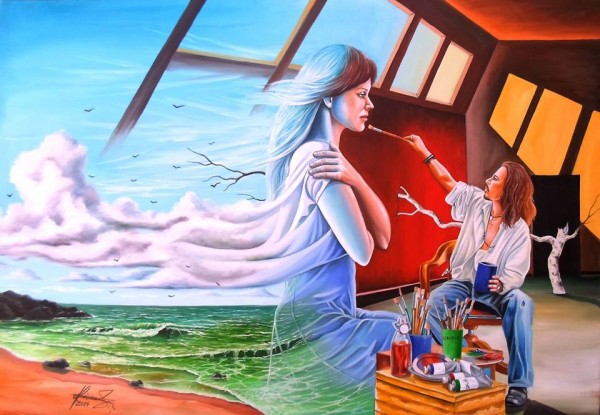 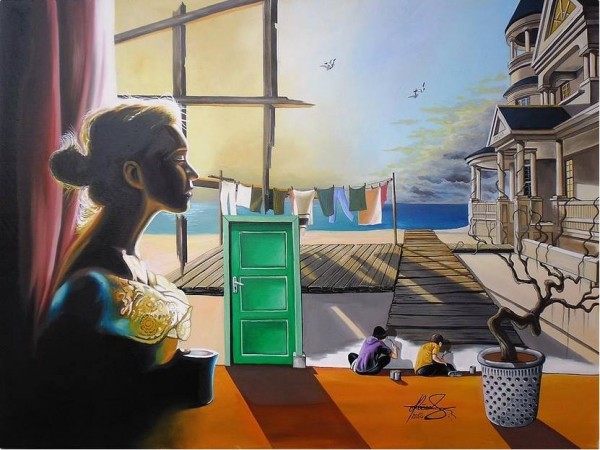 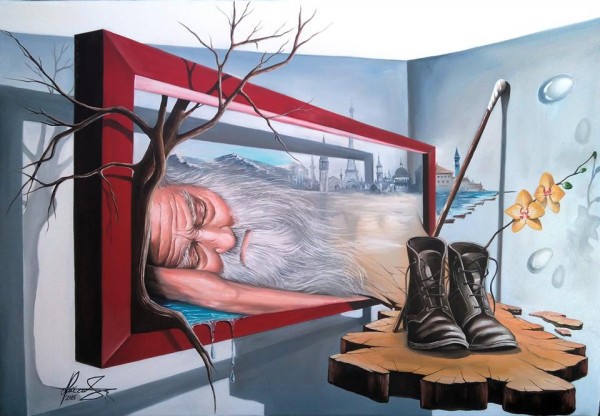 Raceanu Mihai Adrian is a Surreal artist born in 1976 in Constanta Romania. His first love has always been painting. Unhindered by the constrains of commercial acceptability, his paintings give him the freedom to explore the whimsical and imagination of life. Adrian has been a fresco painter in 1995 – 2000 and he carried out work in Constanta Army Chapel St. Constantin and Helen, The Military Marine Chapel, and the Cross road of the Catholic Church in Navodari.

In 2001, Adrian left fresco painting to focus on his solo work for private art collectors in USA, Italy and Germany. His works in early stages were inspired by two greatest artists who are Salvador Dali and R.H. Giger. After few years, he gained his own style. He paints nude women without facial features and some of them with melting head, metaphorical images of animals, insects and fruits, four elements in ancient philosophy to explore conflicting ideas about hopeful thoughts on the canvas.