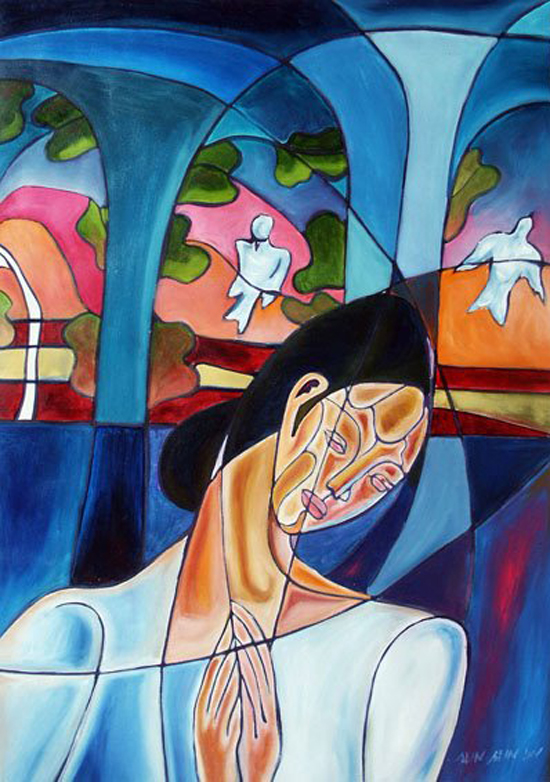 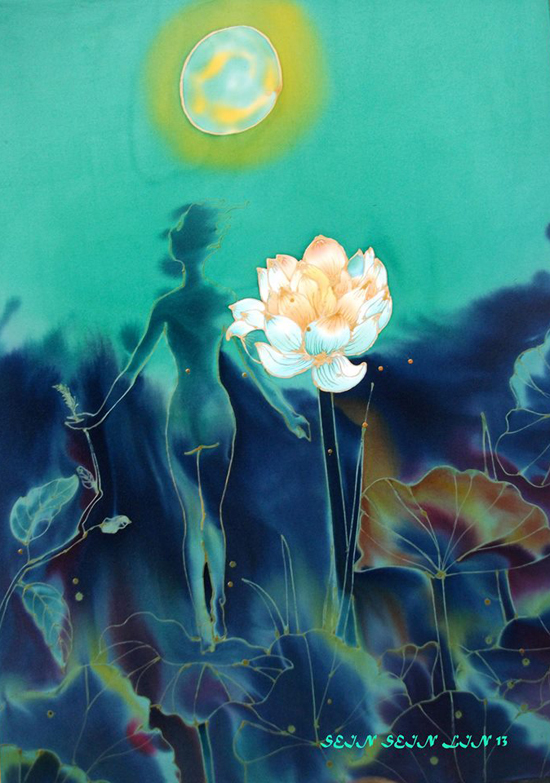 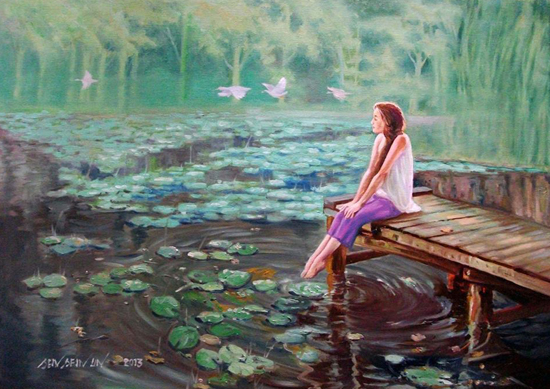 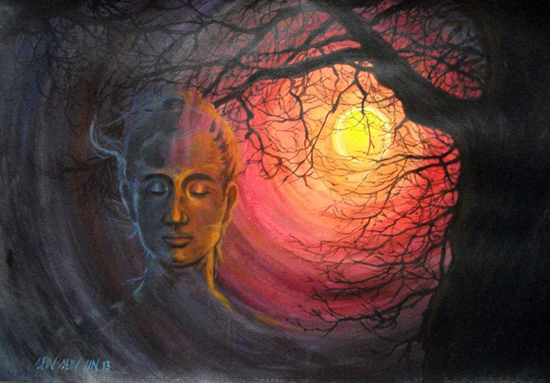 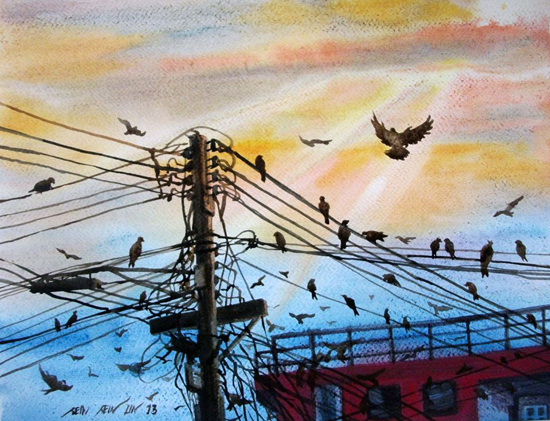 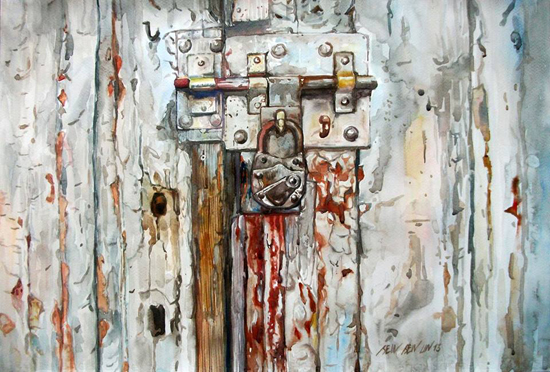 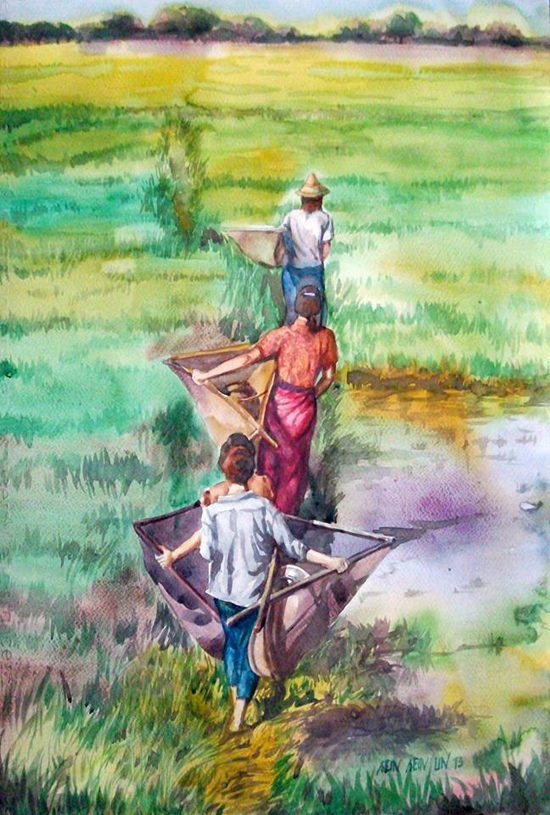 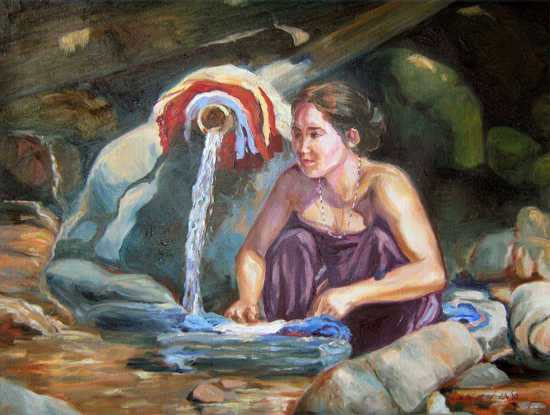 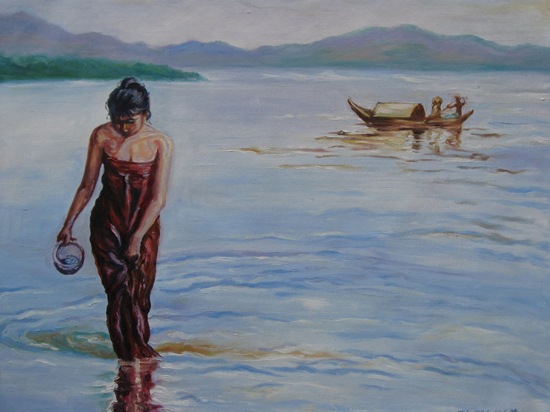 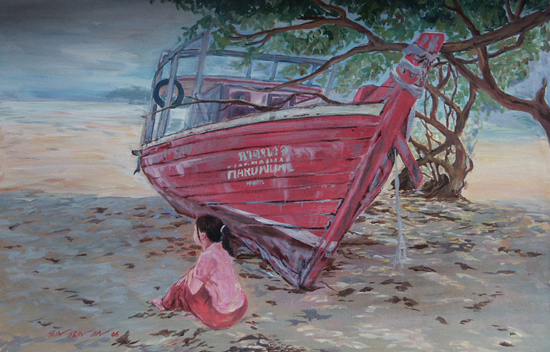 Sein Sein Lin started by drawing on the walls of her room at a very early age. She is an only child and supported in her work by both her parents.

Talking about her parents influence she said; “My parents were my first teachers, followed by books”.

From 1993 until 1998 Sein Sein Lin attended the University of Culture in Rangoon. After she got her BA she worked for many magazines, writing articles and making illustrations with her brushes. In Rangoon she has shown her art work at many group exhibitions. After arriving in Mae Sot, Sein Sein Lin was Borderline’s gallery curator for three years starting in 2006.

“I have many hobbies, like reading, writing, poetry, music, and they all influence my paintings,” said Sein Sein Lin.

One of her dreams is to be so successful that she can obtain the art works of other artists. Another dream is to share her knowledge of art with the younger generations. Sein Sein Lin is working hard to make her dreams come true.

She believes in “Art for Escape”.