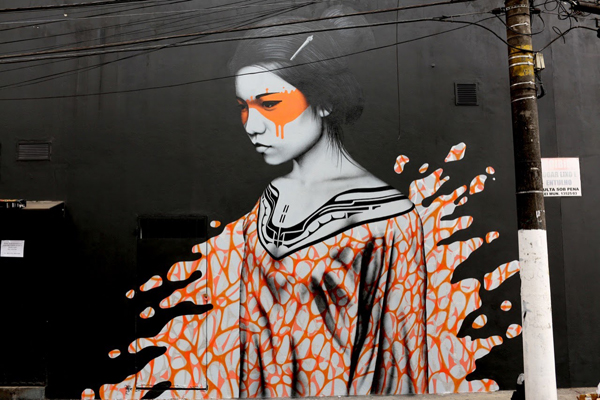 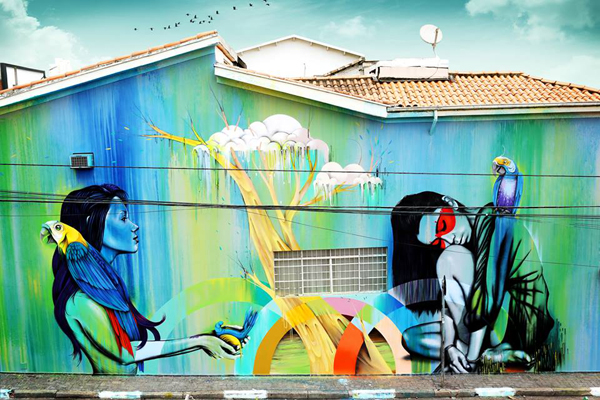 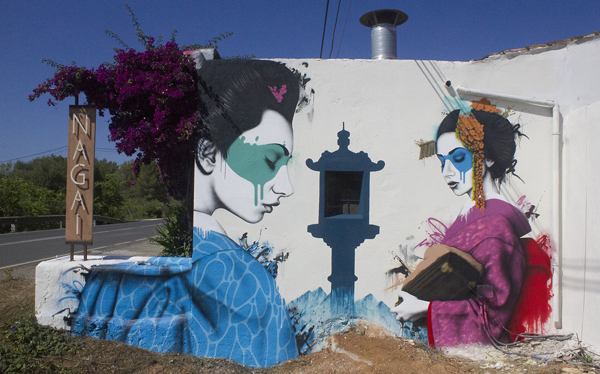 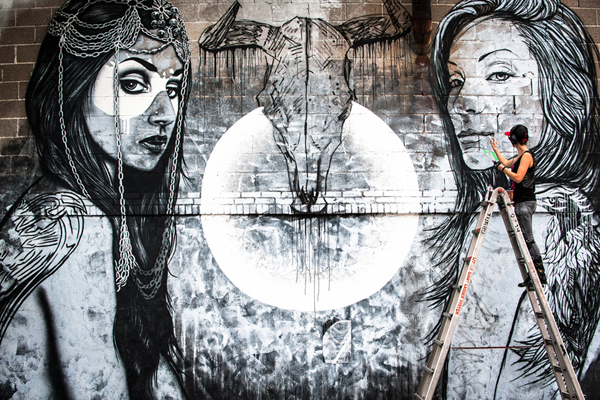 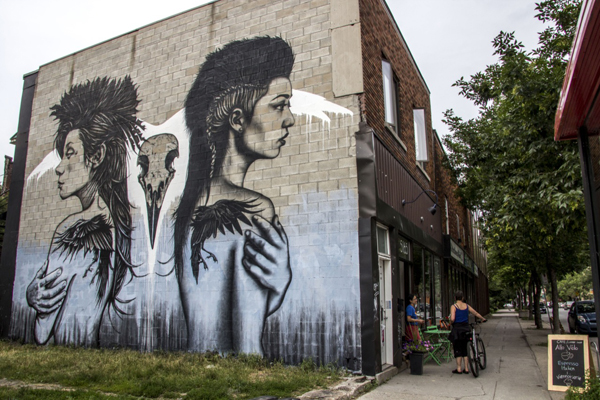 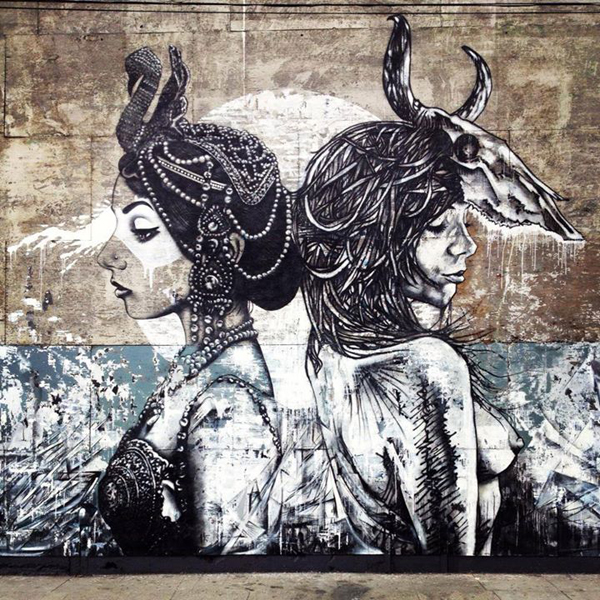 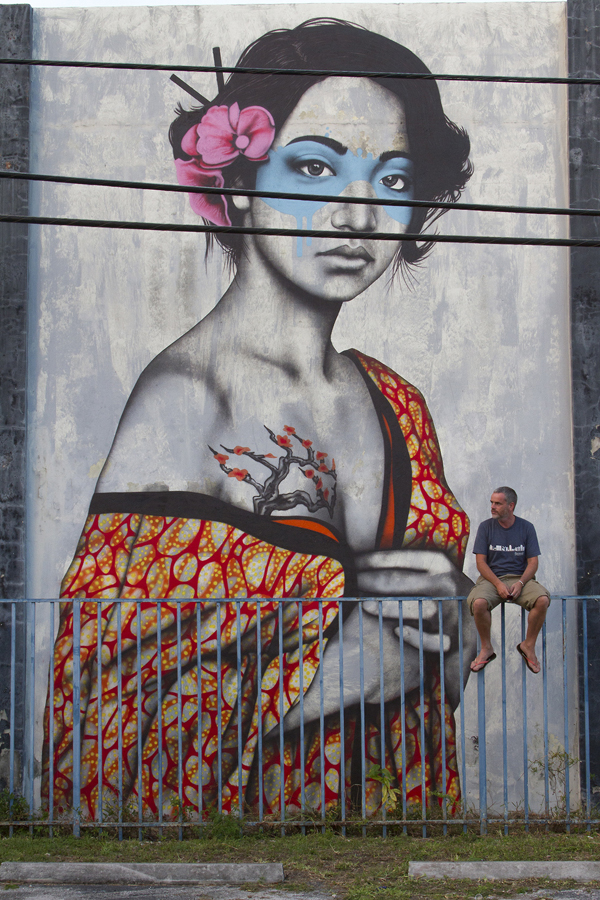 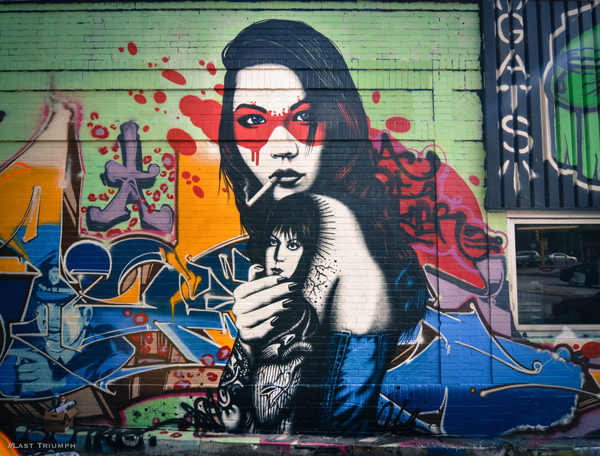 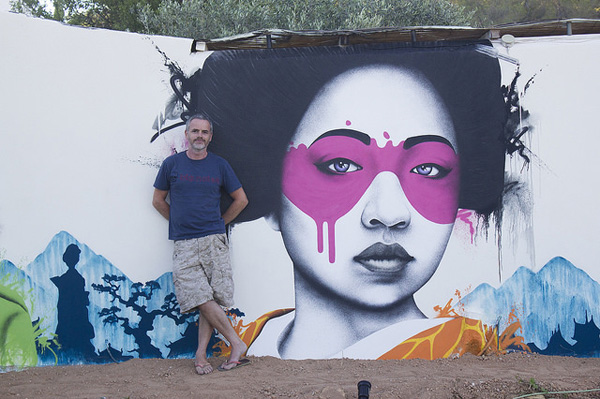 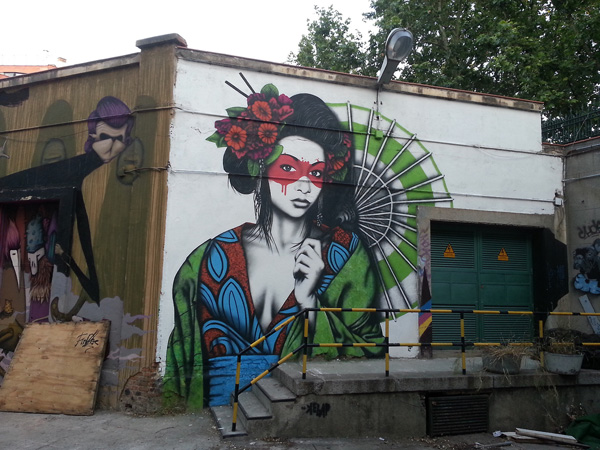 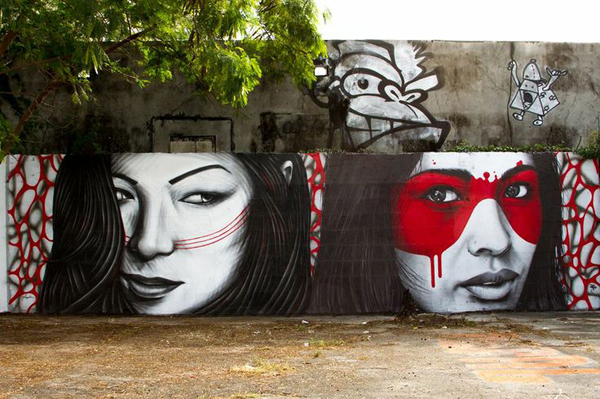 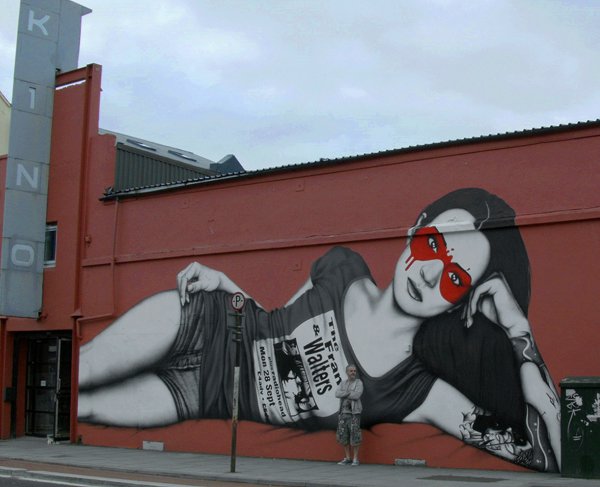 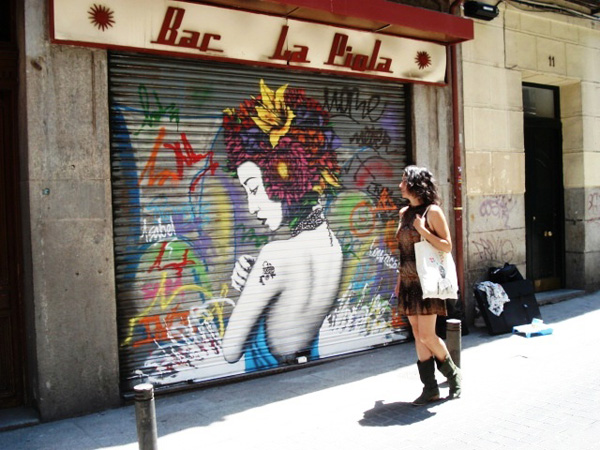 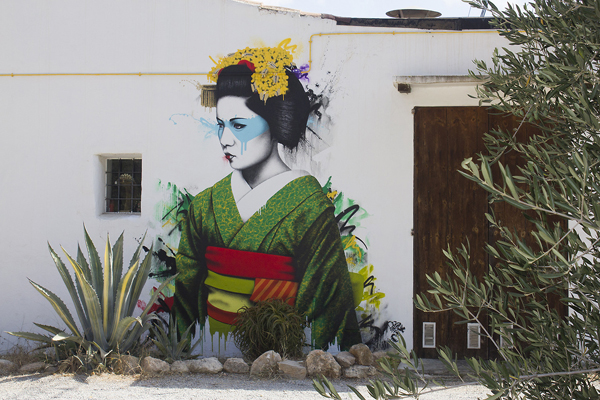 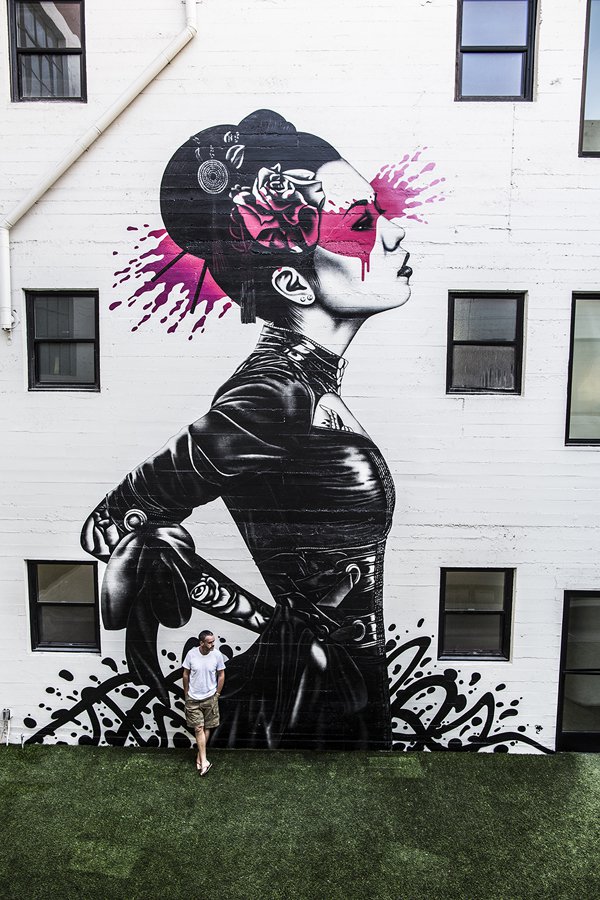 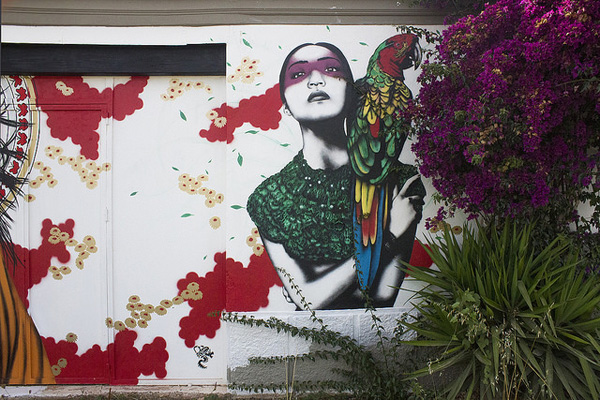 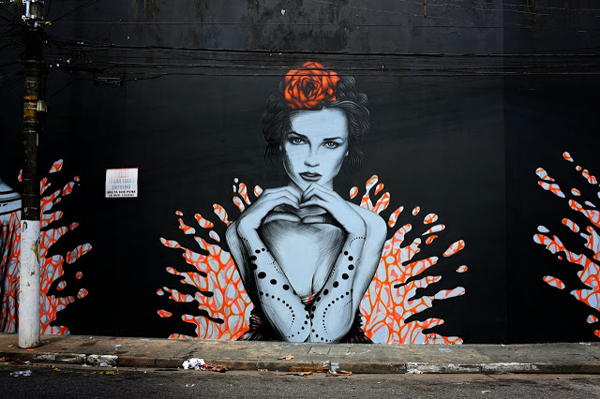 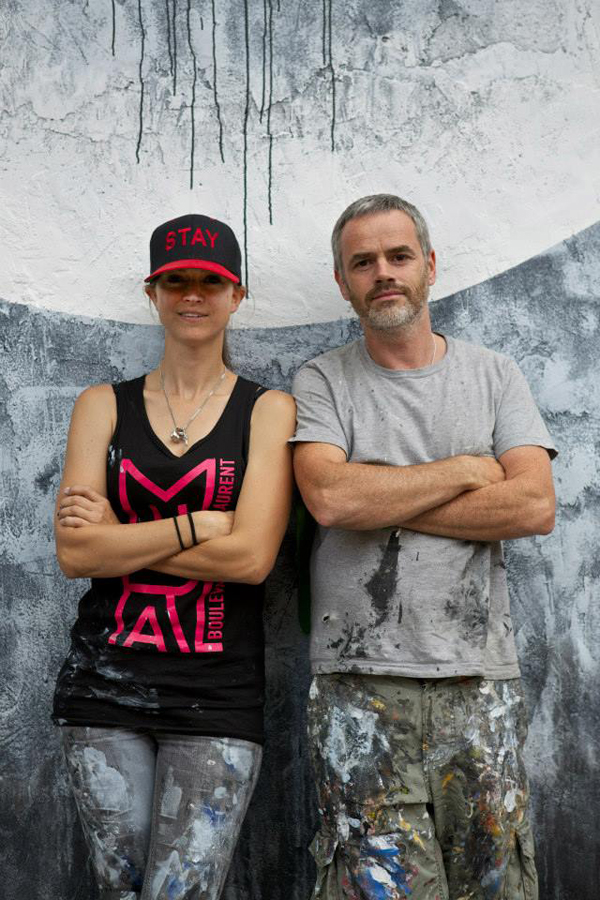 Christina Angelina is a Venice based artist, street artist, photographer, producer and gallerist. She currently owns and operates StarFighter Studios, a gallery and production studio in Venice, Ca. She received a BFA in Art from UCLA. She also attended NYU’s Tisch School of the Arts and the Art Center College of Design. Angelina was commissioned by the musician Kaskade to paint live on his “Freaks of Nature” summer tour in support of his released album Fire & Ice. In March of 2012 she completed several paintings and window dressings exclusively for Christian Louboutin at Neiman Marcus Beverly Hills (the paintings have now become part of Neiman Marcus’ permanent collection). In January of 2012 she created the cover art for Rodrigo Y Gabriela’s latest album, “Area 52”. In addition she recently appeared as herself in the music video for Van Hunt’s latest single, “Eyes Like Pearls,” which debuted on Rolling Stone.

Fin DAC: “In a relatively short urban art career, I have defined and perfected an atypical paint/stencil style that ignores the accepted visual language of street art almost completely – I call it Urban Aesthetics (a modern-day take on a 19th century art movement).
Hailing from Cork (Eire), I have lived the majority of my life in and around London. Self-taught and non-conformist, my influences range from dark graphic novels through to the works of Francis Bacon and Aubrey Beardsley.
I have painted/exhibited alongside respected artists such as Goldie, Nick Walker, Jamie Reid and Jef Aerosol. But in general, I shy away from the scene, keep my own counsel and shun the typical life of a street artist.”