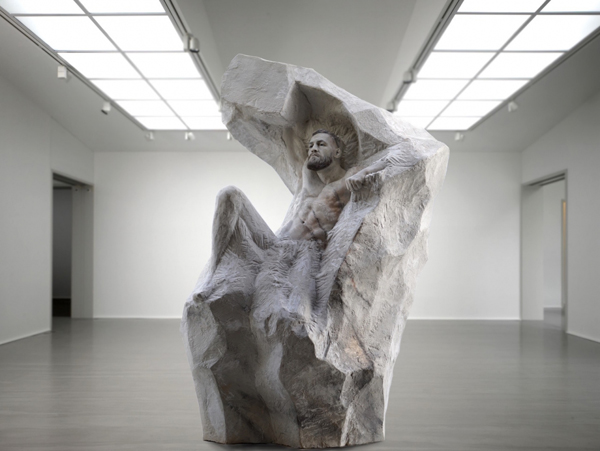 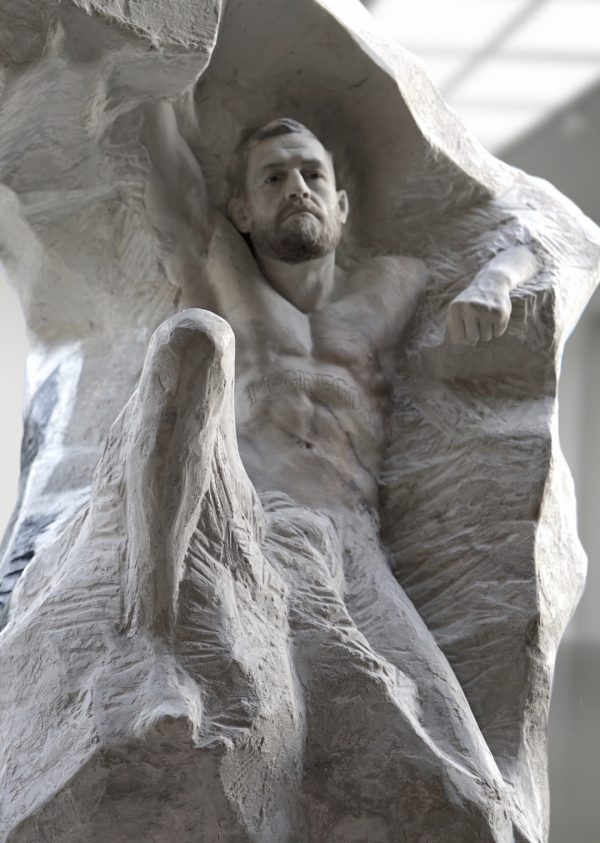 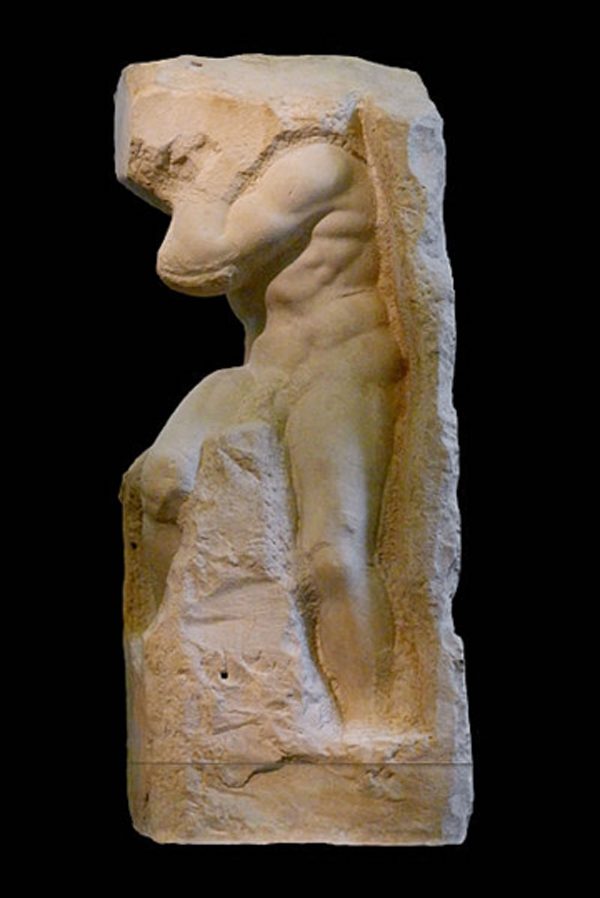 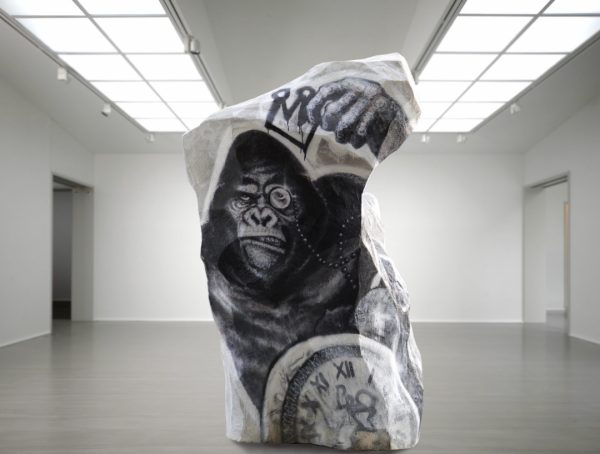 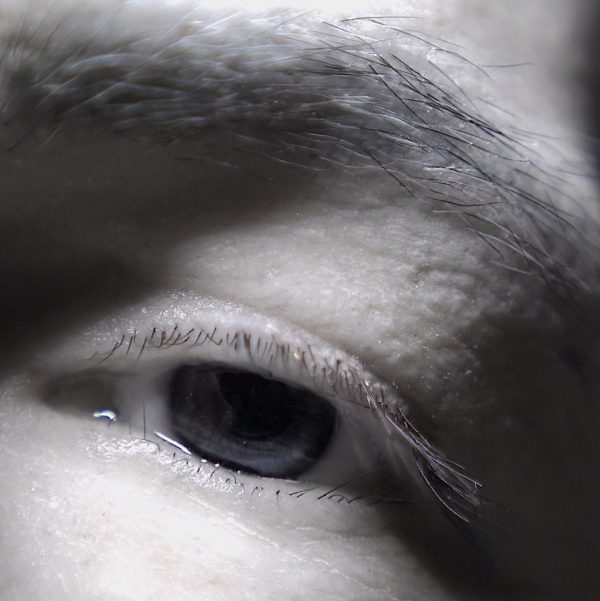 A sculpture of the world-renowned MMA fighter by artist Aspencrow evokes Michelangelo and includes some astonishing level of detail.

Aspencrow (the artist formally known as Edgar Askelovic) has created a larger-than-life sculpture of McGregor from platinum silicone and marble powder, on view at JD Malat Gallery in London’s Mayfair district from July 14 to September 30. Emerging from his boulder-shaped cocoon, the Lithuanian-born artist’s interpretation of the boxing champion, called “ATLAS,” is heroic yet stoic. The sculpture depicts the Irish giant as bursting out of the rocks, perhaps readying himself for a fight.

The artist has also decided to omit one of McGregor’s most notable features, his tattoos. Although the sculpture still includes the large “MCGREGOR” tat scrawled across the fighter’s abdomen, the rest of his ink has become graffiti on the MMA fighter’s back. “People from our generation grew up on graffiti and hooliganism,” the artist said in a press release, “So I’ve displayed part of his tattoos on his back in graffiti.” Sure enough, McGregor’s frenzied gorilla tattoo is now preserved in even larger grandeur on the sculpture’s back.

Though his tattoos are missing from his body, McGregor — oddly enough — still has most of his hair. Aspencrow specializes in detailing his sculptures with lifelike features. Here, he has painstakingly included individual beard, mustache, and eyebrow follicles. (Reportedly, the follicles are made of real human hair.) Throughout the faux-marble sculpture, the artist has included red veining, perhaps a reference to McGregor’s Irish heritage and ginger features.

“ATLAS” also features a number of references to Michelangelo’s unfinished slave sculptures, most obviously “Atlas Slave.” Both sculptures are named after the Greek god said to have carried the entire world on his shoulders. Mimicking the non finito style of Michelangelo’s original sculpture, Aspencrow renders McGregor in the midst of his creation. There’s also a slight resemblance to the Renaissance artist’s “Awakening Slave,” whose subject almost looks as if he is struggling to break free of the marble.

Aspencrow’s statue of McGregor weighs about 224 pounds, putting the sculpture about eight weight classes above the fighter, who is a featherweight champion at 154 pounds. The sculpture took the artist about five months to create, taking extra time to detail McGregor’s lifelike eyes and facial features. The statue is priced at around £50,000 (apx. $66,270 USD), but Aspencrow plans on gifting the ambitious artwork to the man himself. After all, the piece was created in honor of McGregor’s 30th birthday on Friday, July 14.

Edgar Askelovic was born in Vilnius, Lithuania in 1987. His artwork as a hyperrealistic interpretive sculptor, is carried out under the pseudonym ASPENCROW.
ASPENCROW is known for his life-sized sculptures, but his practice is deeply rooted in his initial interest in painting realism. His artwork emerges as a translation of painterly practices into sculptural forms with an ability to delve deeply into 3-dimensional objects. In the artist’s own words “I understood that I could display anything in painting anything – from abstraction to realism”. His hyperrealistic sculptures are made of mixed media and combine materials such as silicone, polyurethane resin and fiberglass. His choice of subjects are often well-known figures and he likens his process to sculpting their portrait. ASPENCROW creates each piece from conception to final product, and therefore displays strong technical skills in the manipulation of a variety of materials and scales. Inspired as a student by “fresh and cheeky” artists such as Banksy, we see a prominent inspiration to push boundaries. ASPENCROW is known for his controversial sculptures Begging Queen, ICON, MILF, and Diamond Dog among others.