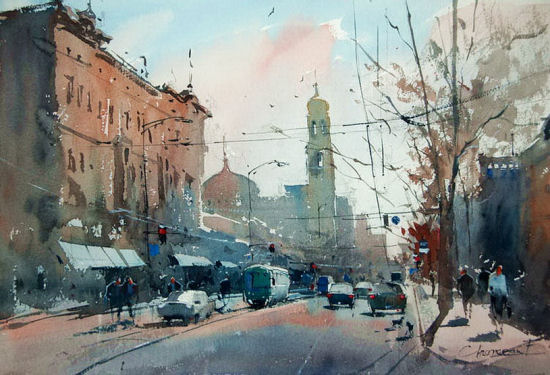 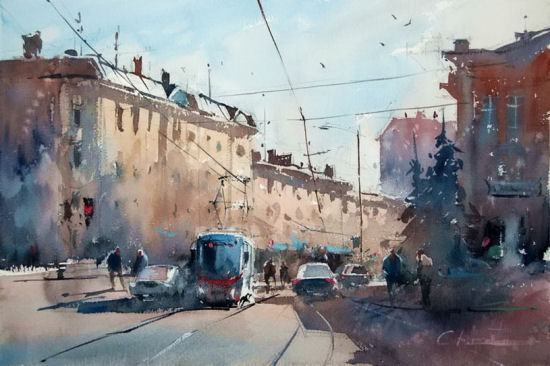 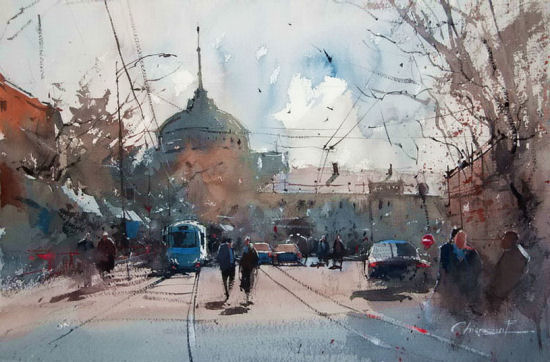 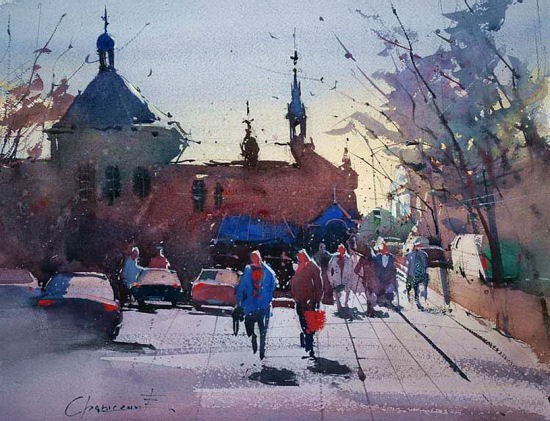 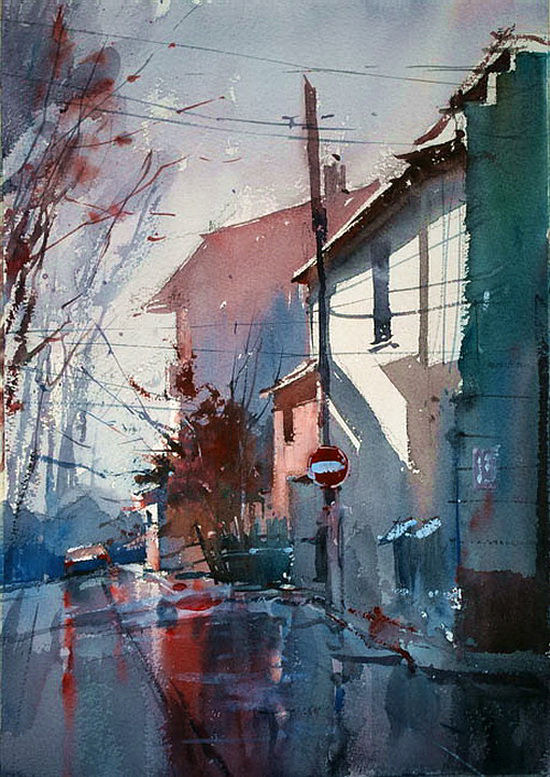 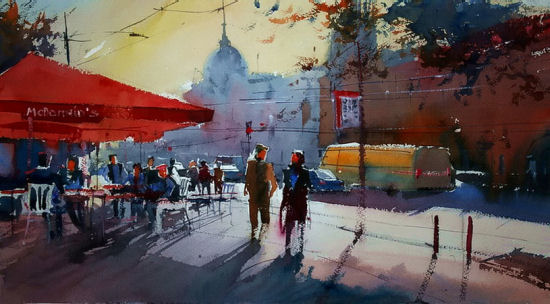 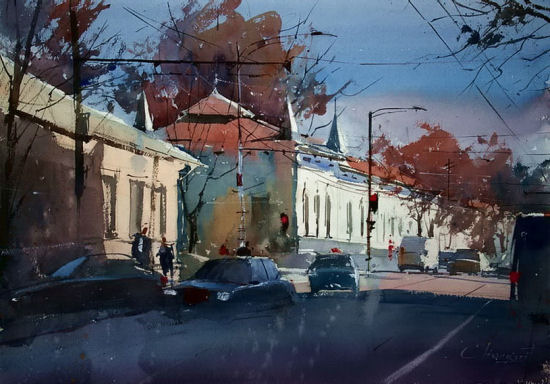 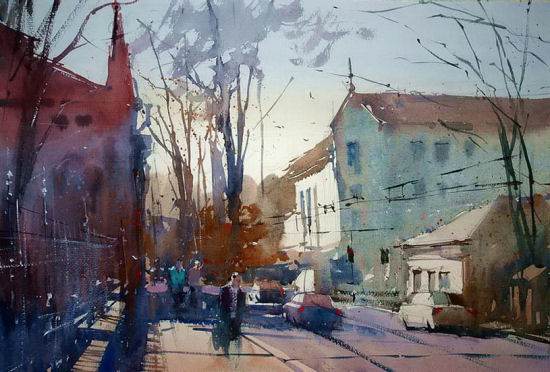 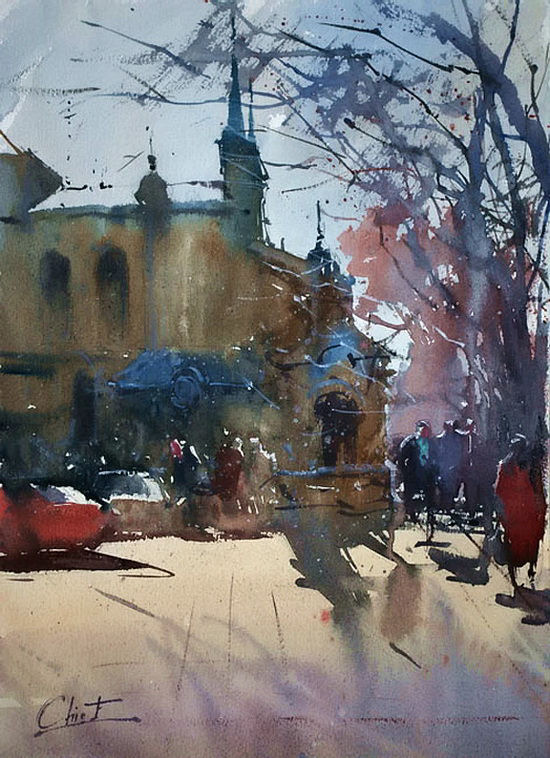 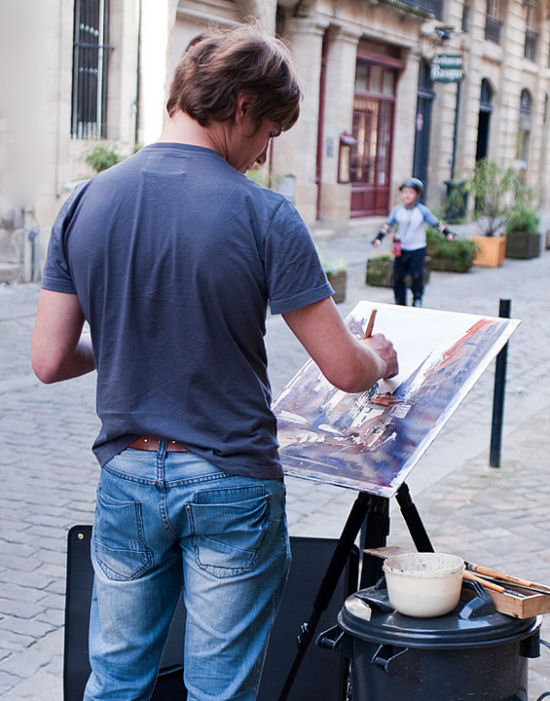 Was born in 1984 in small town in the north of Moldova. Early interest to art was influenced by his father who was engaged at that time in painting and photography. At the age of 11 years has entered in children’s school of Fine arts. During studies successfully participated in numerous republican and international competitions.In 2000 has moved to Chisinau. Has entered the institute of Arts where studied interior design and architecture. In the same time continued drawing and painting. Since 2007 began to study creativity of modern watercolor painters. It has caused more serious relation to watercolor painting. In present mostly paints landscapes and cityscapes improving his skills in watercolor painting…In 2010 was invited as a guest of honor to 4th Salon de l’Aquarelle du Haillan (France).

You can see more works of the artist at eugenchisnicean.com