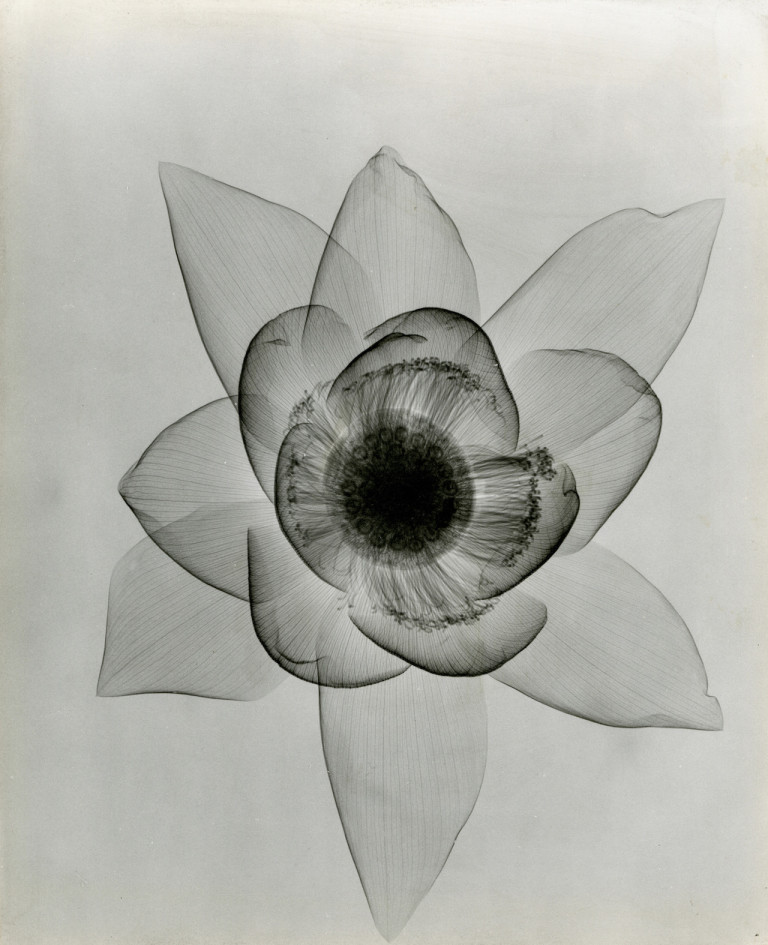 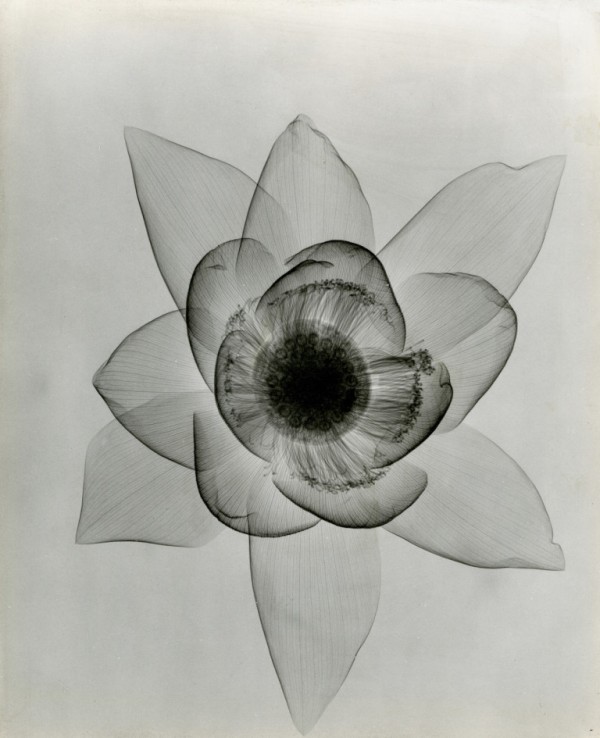 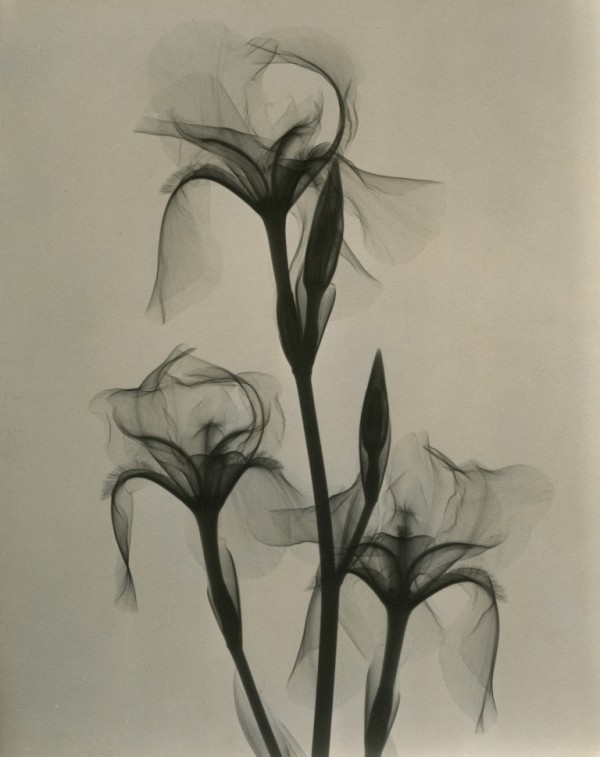 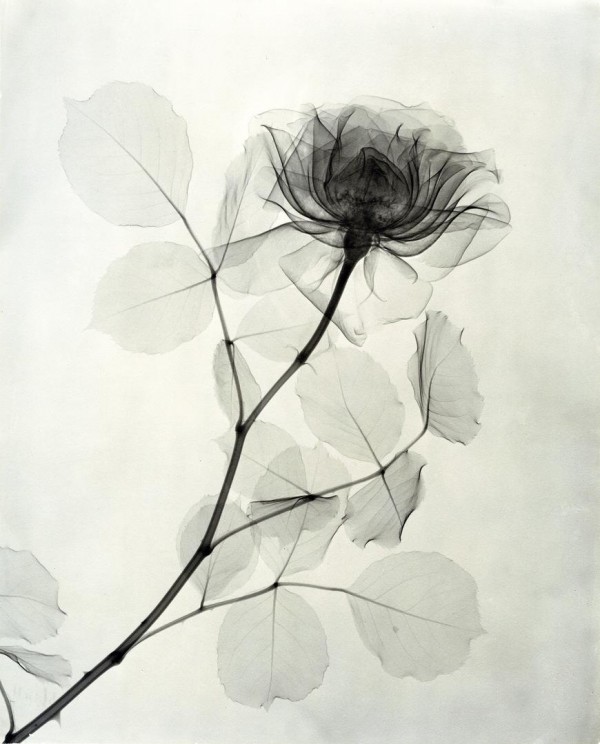 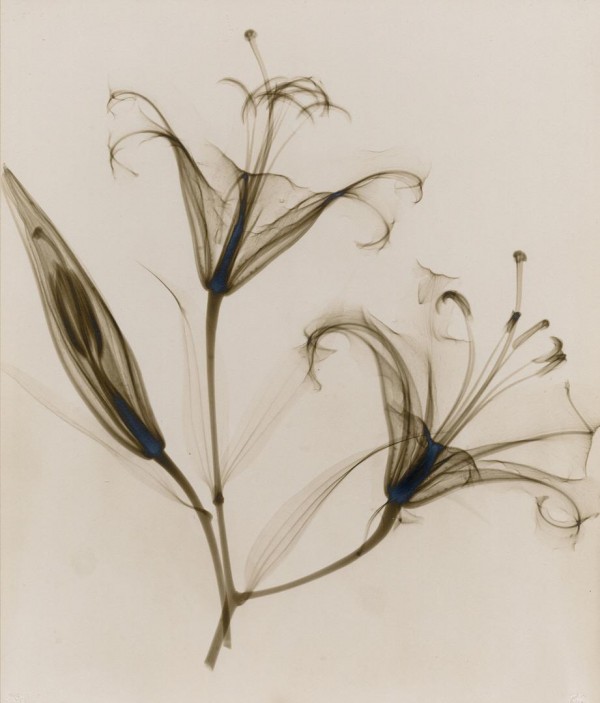 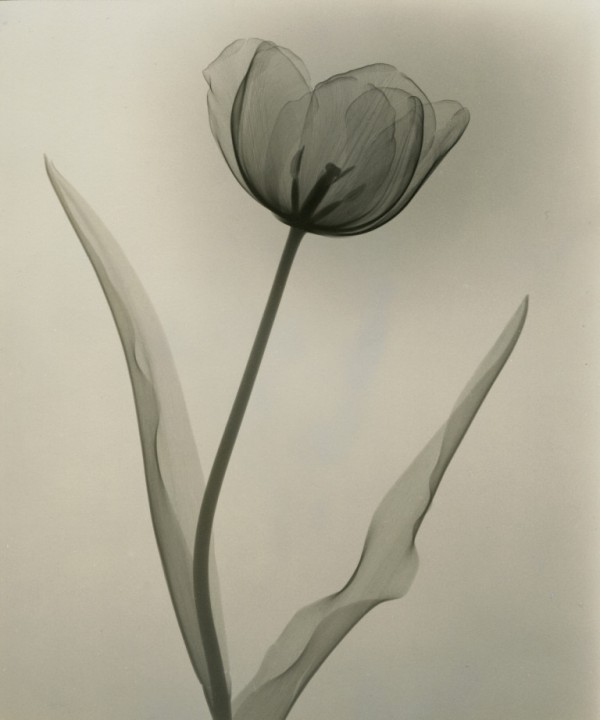 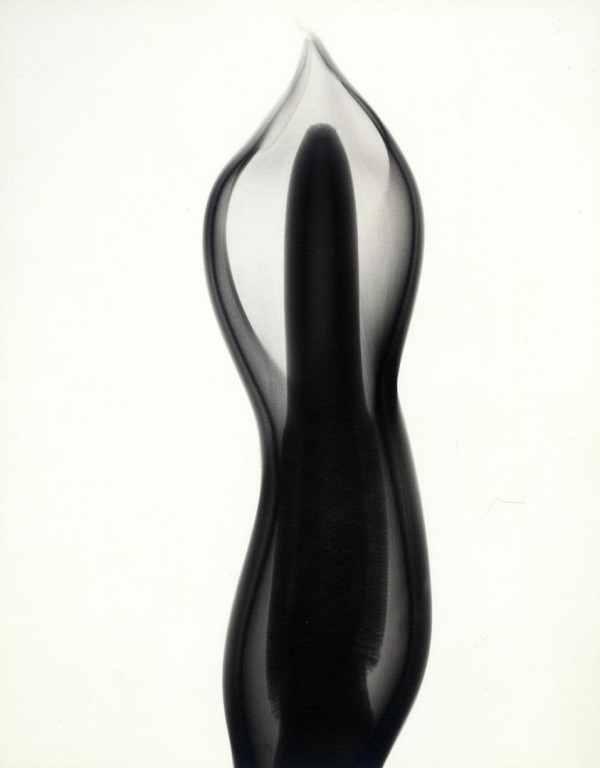 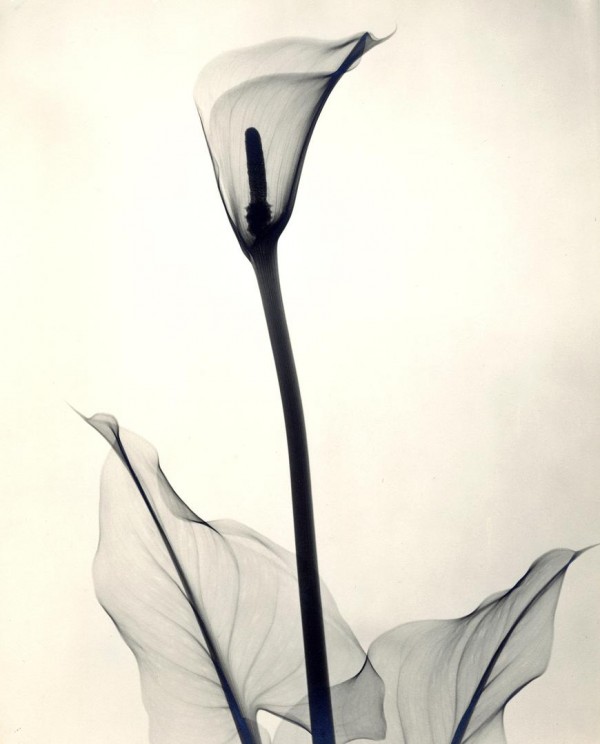 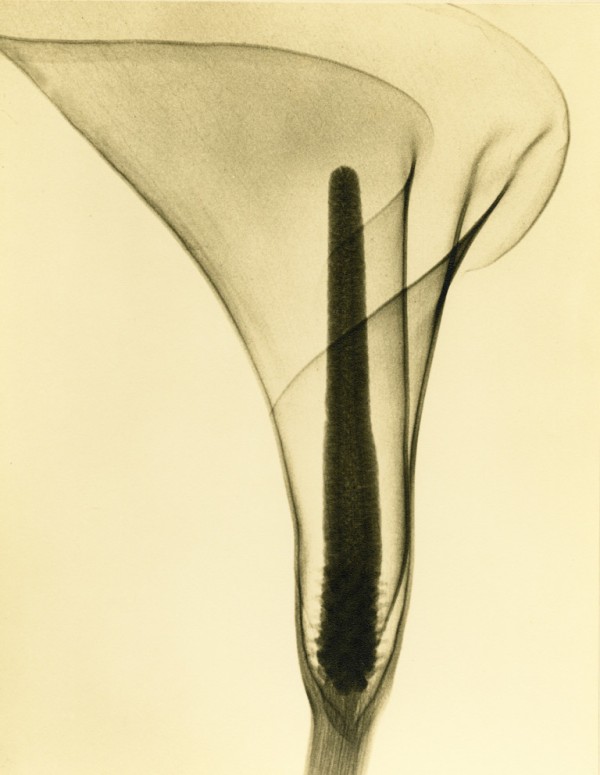 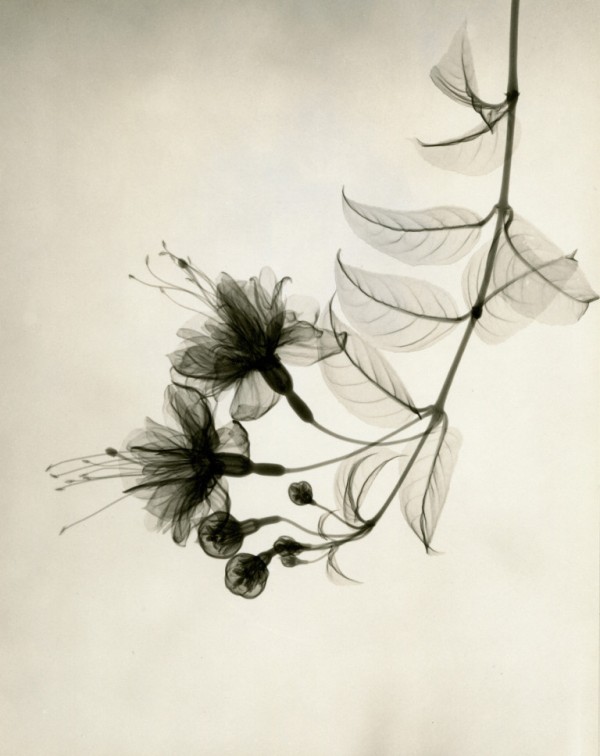 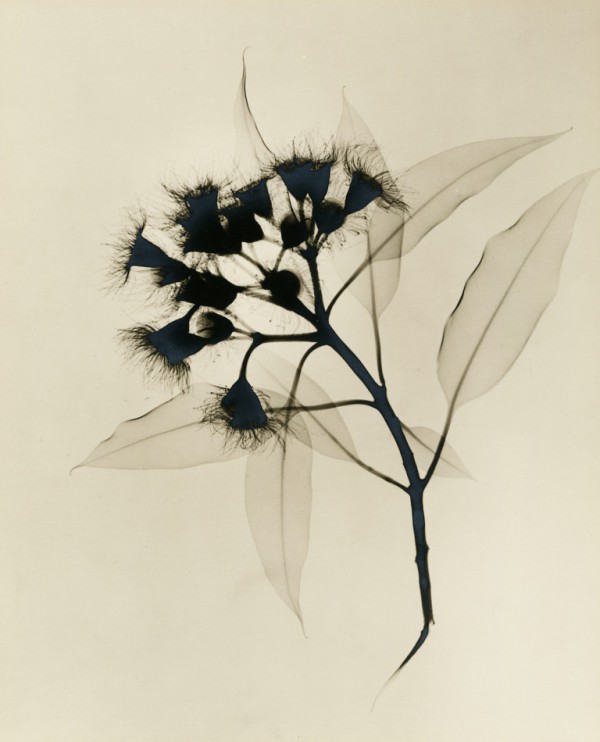 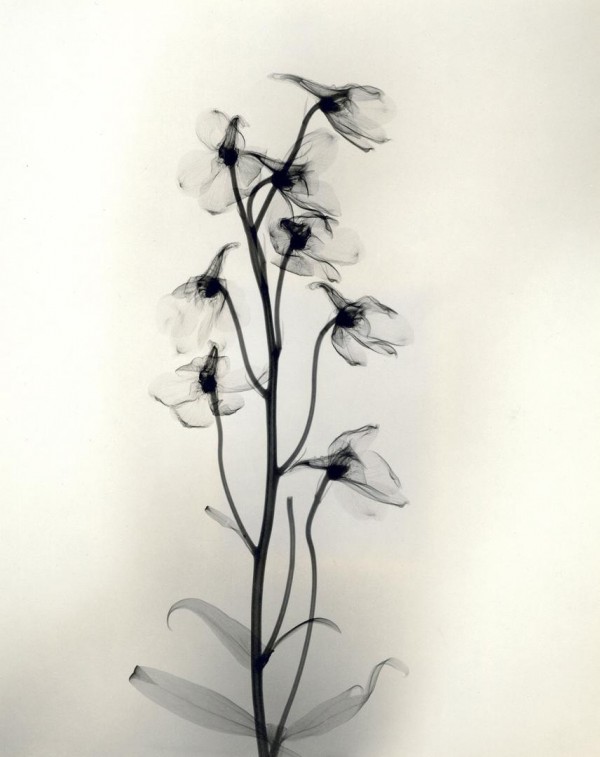 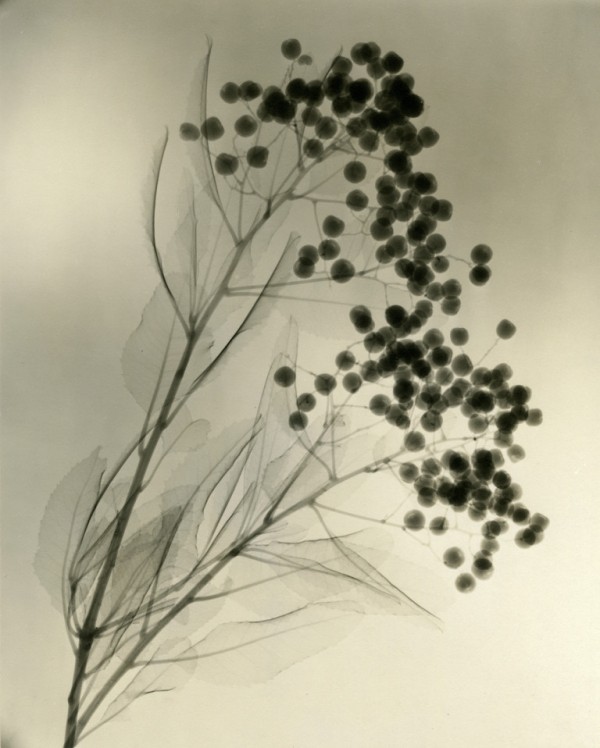 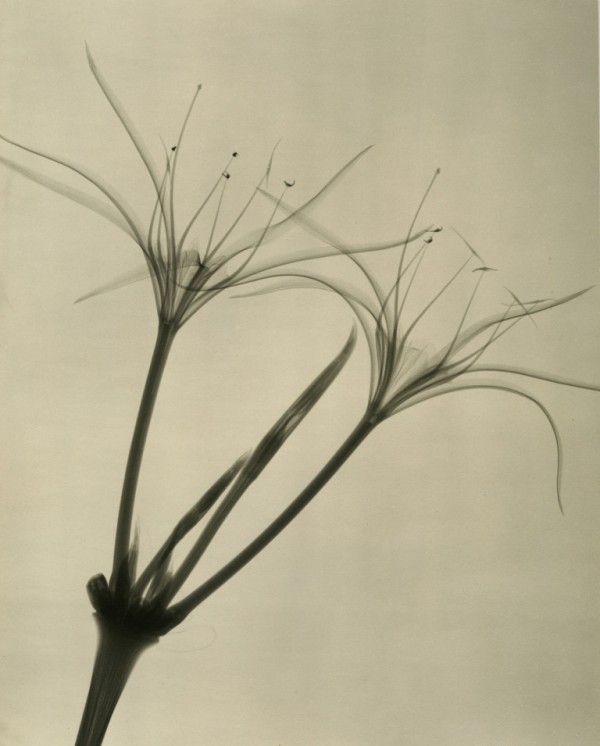 Dr. Dain L. Tasker, an early 20th century radiologist, was attracted to a different feature of the blooms—their anatomy. Using X-ray film to highlight the soft layering of petals and leaves, Tasker produced ghostly images devoid of color, each image appearing more like an ink drawing than photograph.

Born in 1872 in Beloit, Wisconsin, Tasker was the chief radiologist at the Wilshire Hospital in Los Angeles when radiology was in its first stages of exploration. He first became interested in photography in the 20s, focusing his hobby on landscape and portraiture. It wasn’t until the the 30s that he began to connect his career and hobby, moving his photographic interests to the X-ray machine and singling out flowers from his previously photographed landscape environments.

By composing images with singular flowers Taker examined their individualistic qualities rather than focusing on how they might be found grouped in nature or a bouquet. These minimal compositions contain a romantic appreciation for his subject matter. “Flowers are the expression of the love life of plants,” he said in a statement.