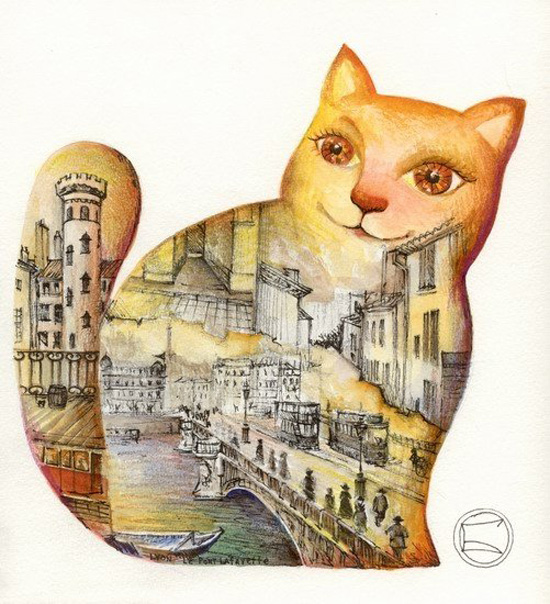 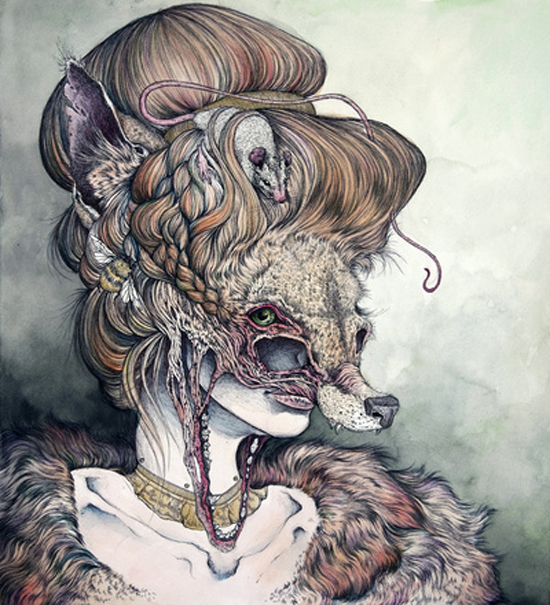 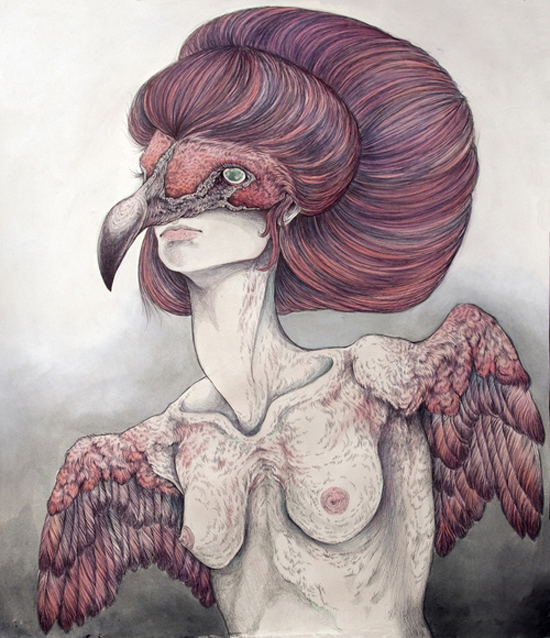 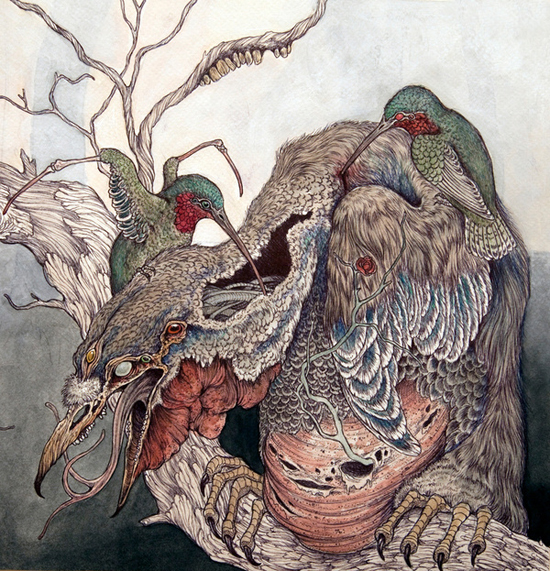 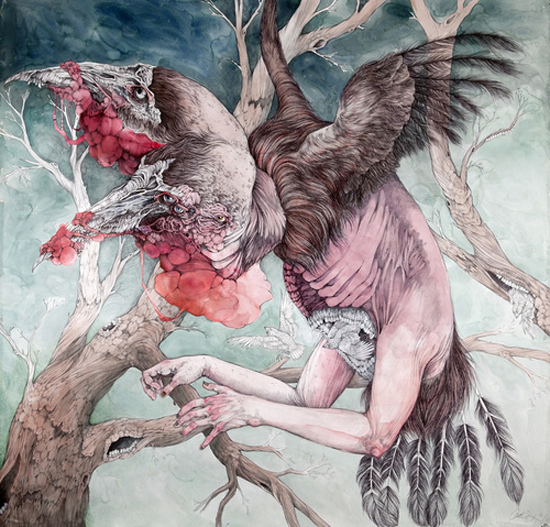 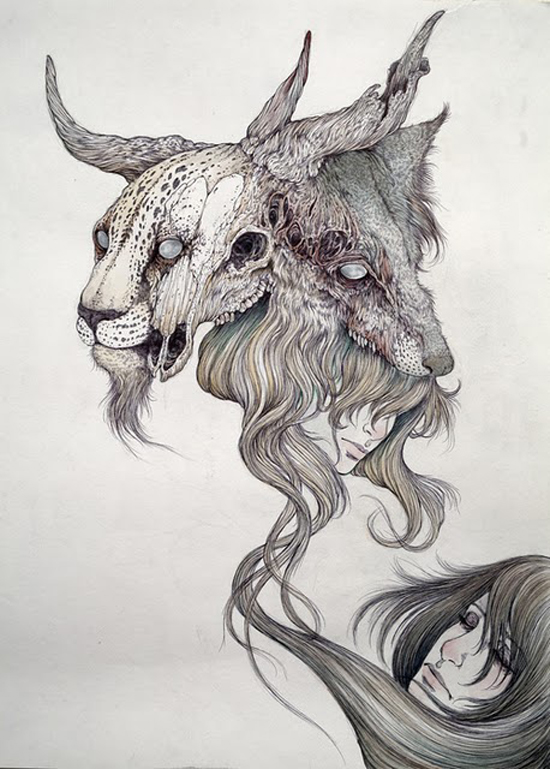 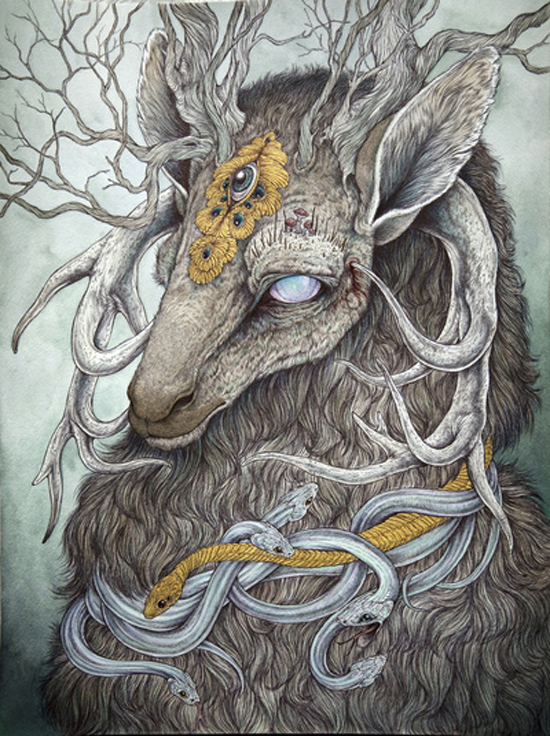 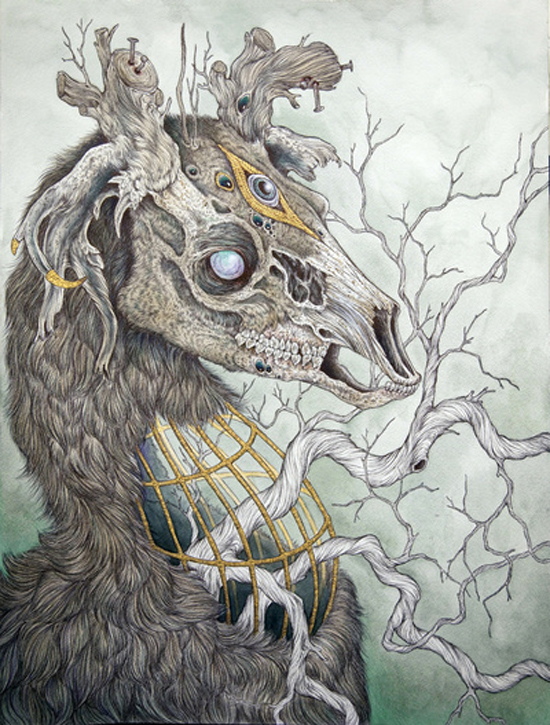 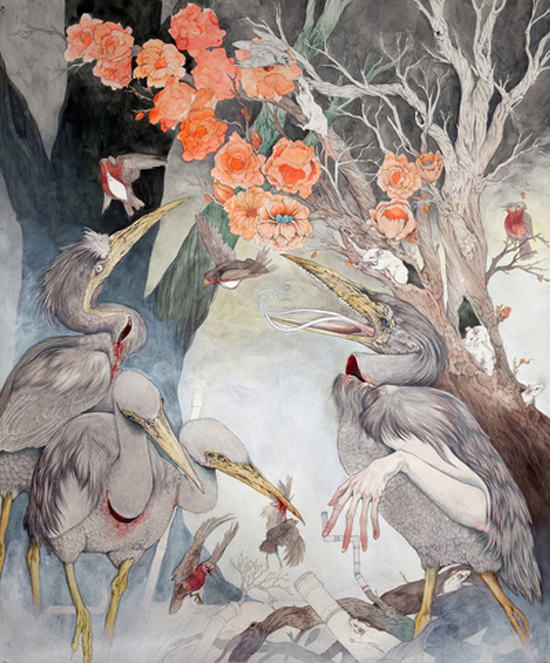 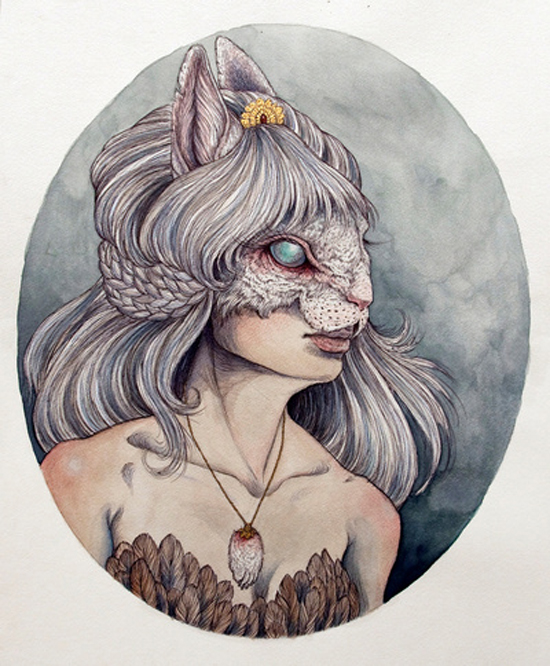 “In my work I am exploring the relationship between humans and animals; the idea of the human denial of our animal nature and of humans as the dominant species, as well as the mutation of the animal created by the human interpretation of the animal. My work alludes to the boundaries that separate humanity from animals both physically and metaphysically, as well as the objectification of and personification of animals. I invent creatures, anthropomorphic, mutated, or pseudo mythical in imagery, using my imaginary world and bringing it into the physical world in an attempt to create a language that speaks about the human animal relationship and the natural and unnatural elements of it. I am faced with the fact that we live in a planet in decline, where almost every natural ecosystem in the world is slipping away. Human kind has created a planet of refugees; animals forced to flee ever farther from the insatiable encroachment of urban development, victims of a war for space which they cannot hope to win. My drawings refer to this decline and to the refugees it has created. I am left with the question of what is natural; are we (human beings) still a part of nature? If so, does that make all that we have created, cities, vehicles, factories, all technology, part of nature as well? As we move into an increasingly plastic, electronic, and robotic culture how can we define our own fundamental nature as the nature of the world around us changes and our metaphysical identity evolves into something beyond the human as an animal? As we separate from our animal nature, will we be able to still see and understand the importance of other animals and our relationship to them? As we are able to remove ourselves from our own physical bodies and to come to experience life through the metaphysical, the digital, and the psychic, how will this distance from our own bodies and the physical experience of the world affect our relationship with nature and the way we see creatures who exist completely within their physical bodies and are defined by their physical needs?
As my work evolves I am beginning to think more and more about the way in which people bestow identity and how, deprived of identity, animals are reduced to a kind of living taxidermy subject to human apathy and mutated by human ideals of beauty or monstrosity. I am telling a story about disappearance and the rapid and extravagant destruction of the human-animal, and how this loss of our animal nature is affecting the way human kind views the animal world.
I am describing these questions through the use of paper and ink in the form of life sized anthropomorphic creatures, which are installation pieces. Done entirely in ballpoint pen, ink, watercolor and colored pencil, these massive creatures are a balance between the power and physical presence of the life sized and the intensity of the dense, delicate, and time consuming detail of the ballpoint pen and ink. By installing these animals cut out on the walls they are released into our world and become characters that must be addressed in terms of our physical space, and must be granted an identity.”