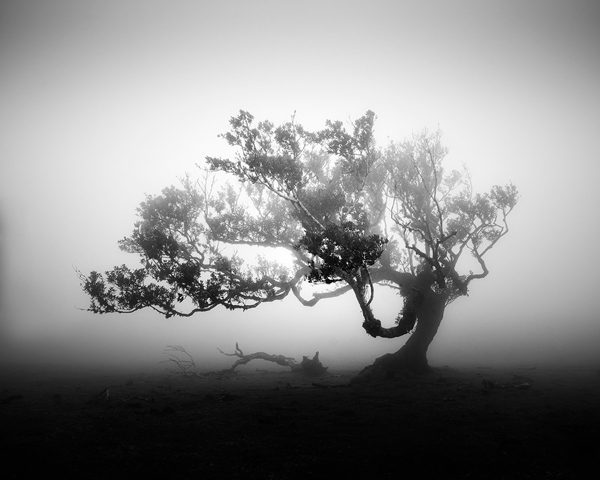 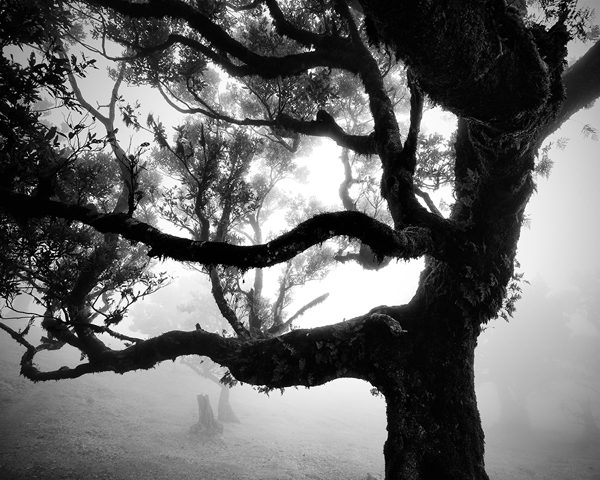 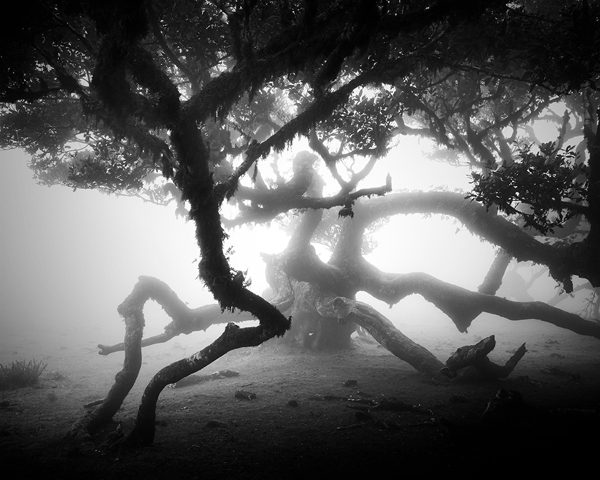 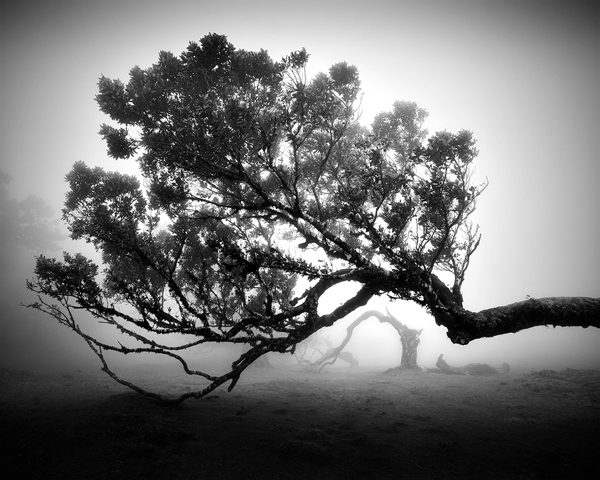 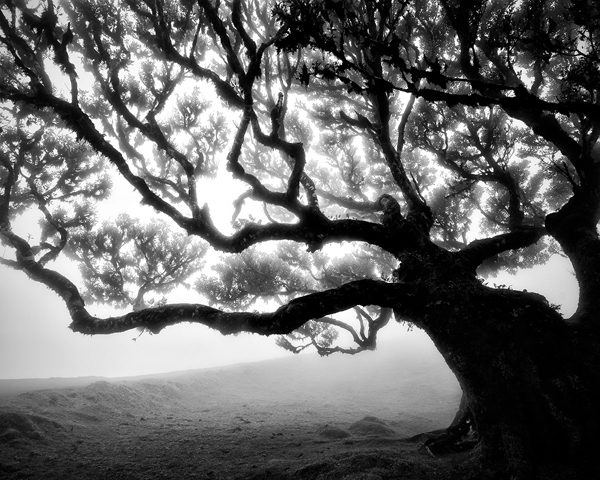 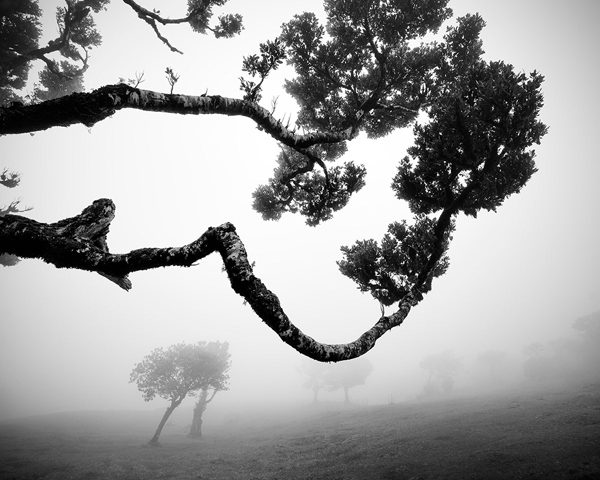 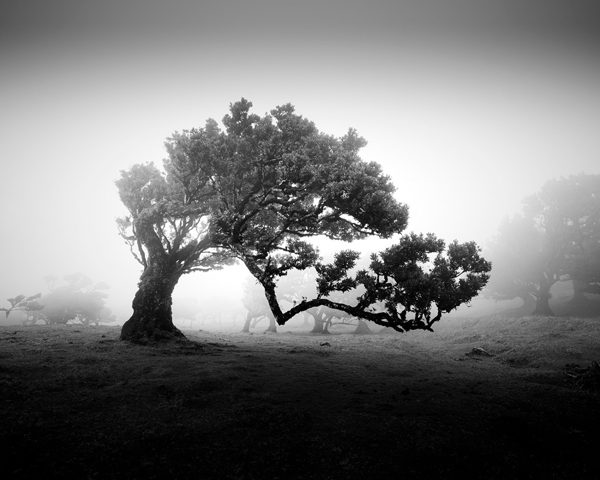 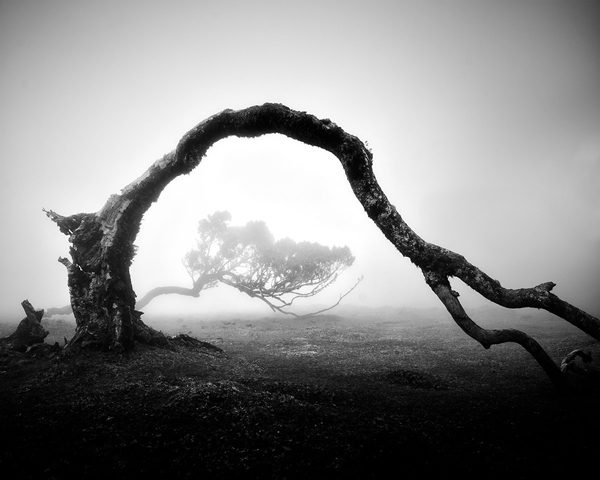 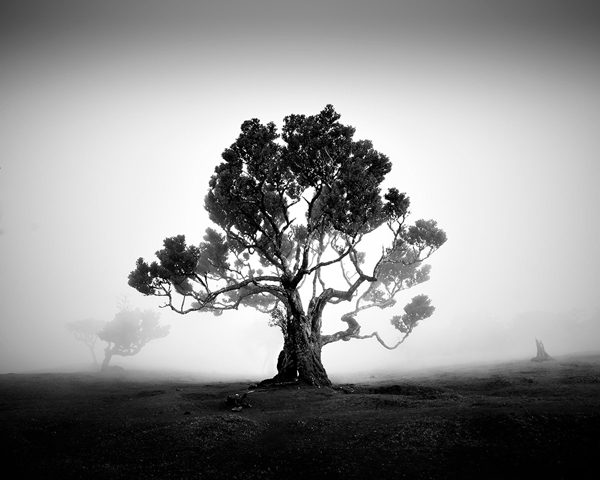 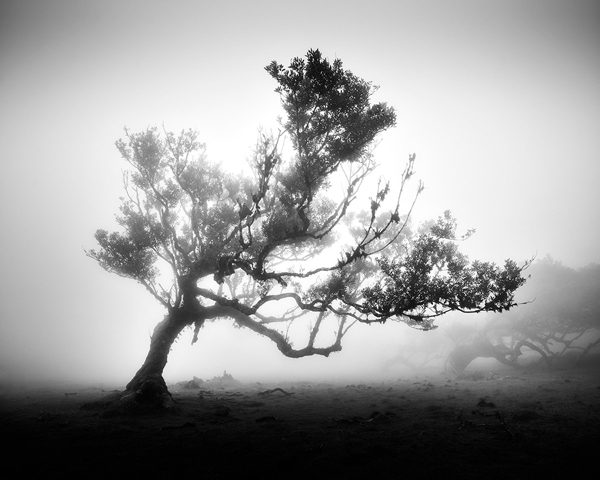 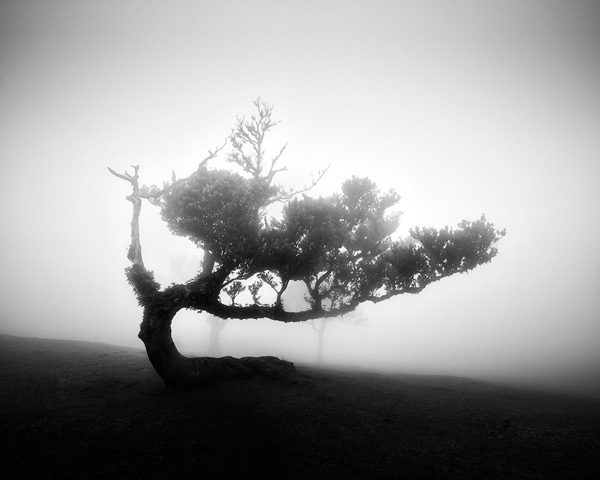 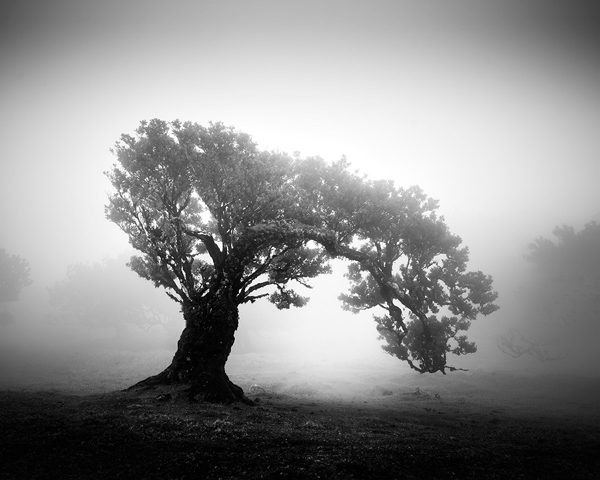 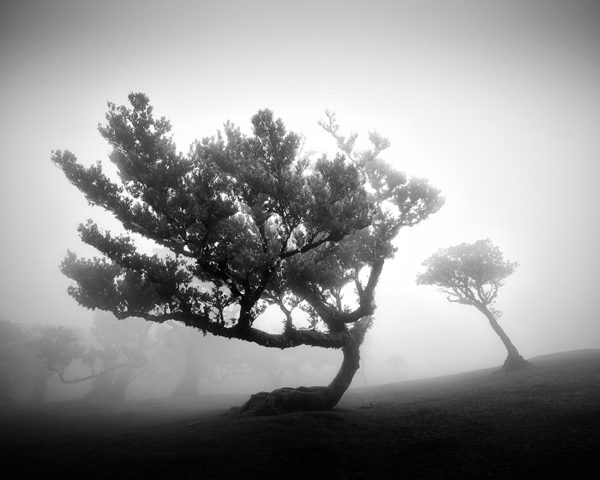 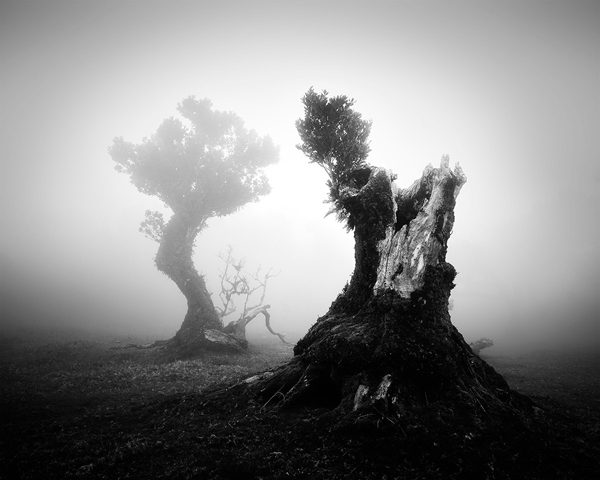 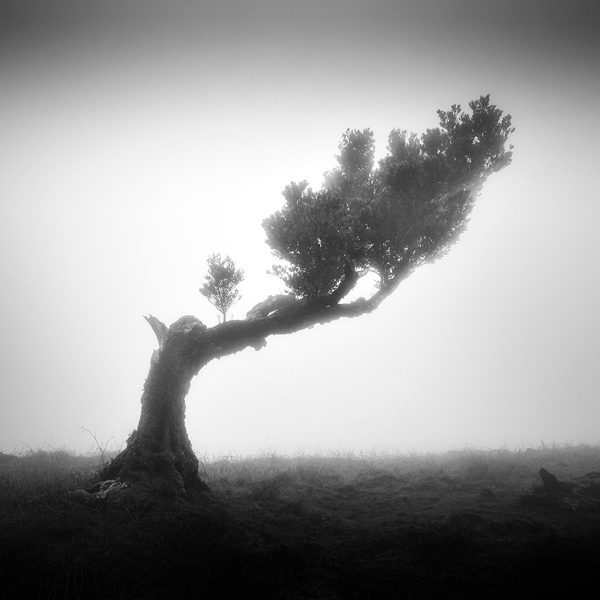 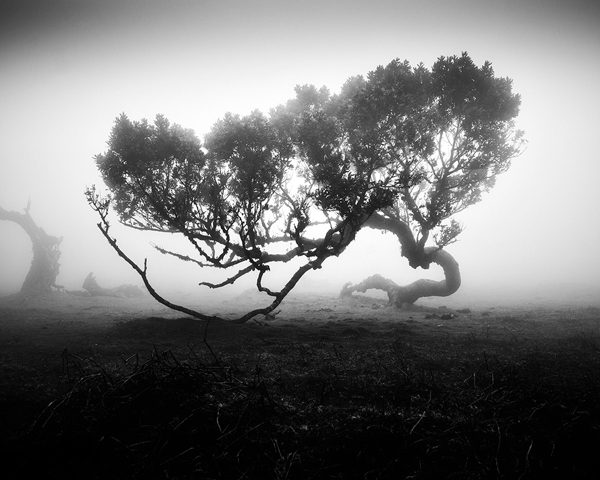 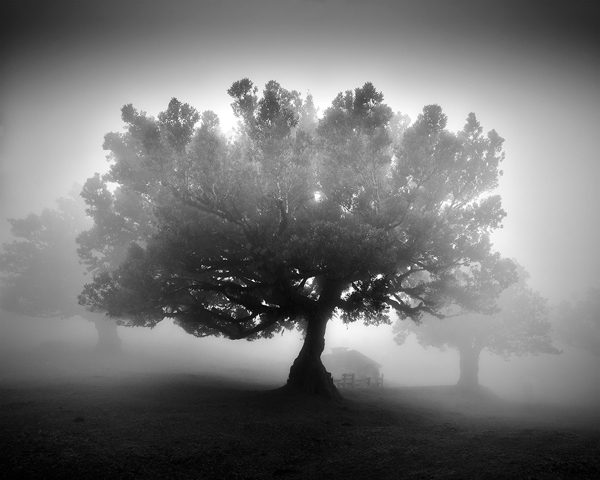 There’s something awe-inspiring about ancient trees that have stood still for hundreds of years. Their strength, deeply rooted in the earth has captured the human imagination for years, and, in some cultures, trees are even considered sacred. Inspired by the lungs of our planet, Berlin-based photographer Michael Schlegel captures the mysterious Laurel trees of Madeira, a volcanic region of Portugal, in his series, simply titled Fanal.
His hauntingly beautiful images capture moss-covered tree trunks, sprawling branches, and dark foliage contrasted against misty white fog. Many of the trees have even grown at an angle, resulting in heavy, sweeping branches that seem to plunge toward the ground. Each eerie scene looks like a snapshot of an enchanted forest—you’d almost expect to see a ghost lurking around this majestic woodland.