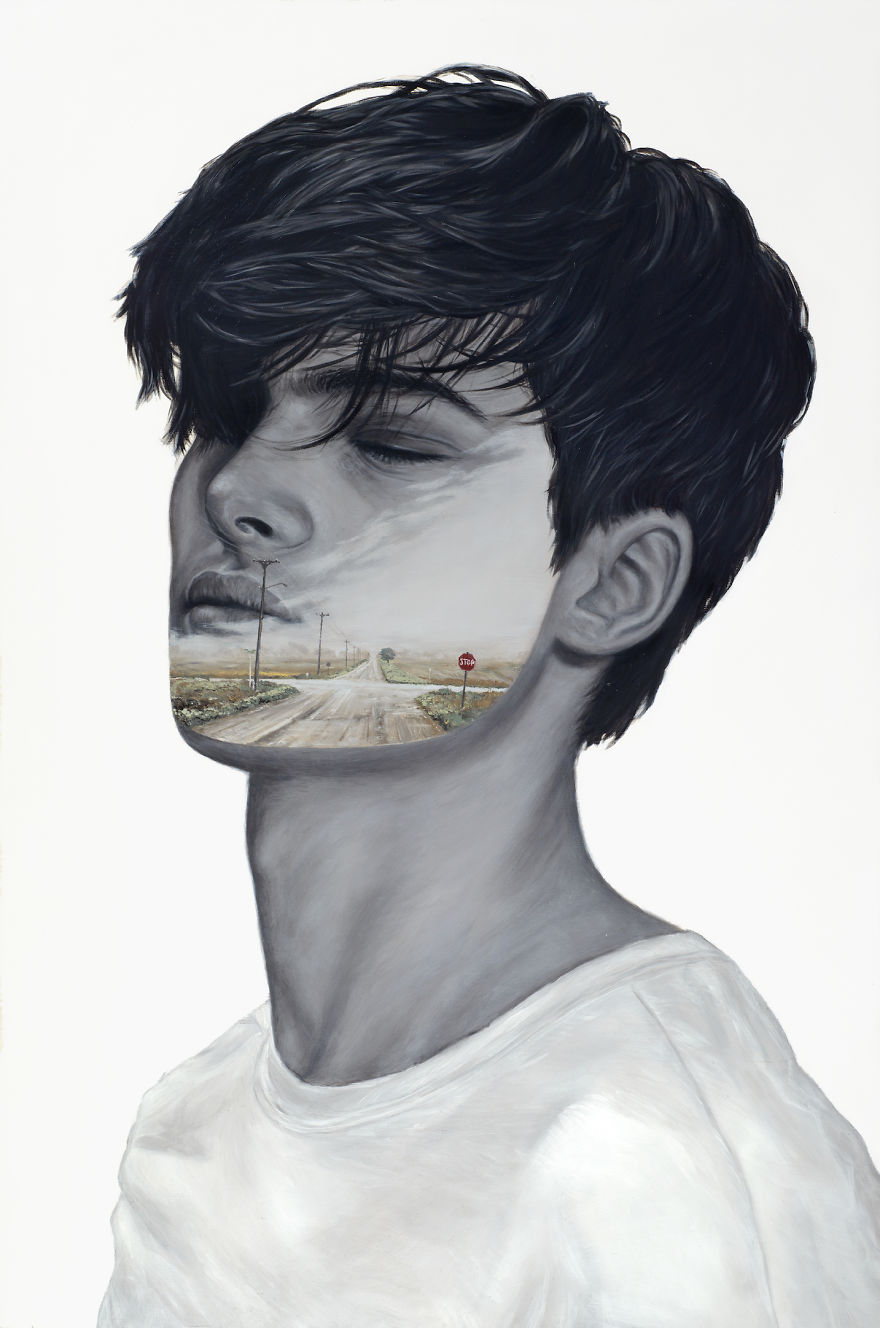 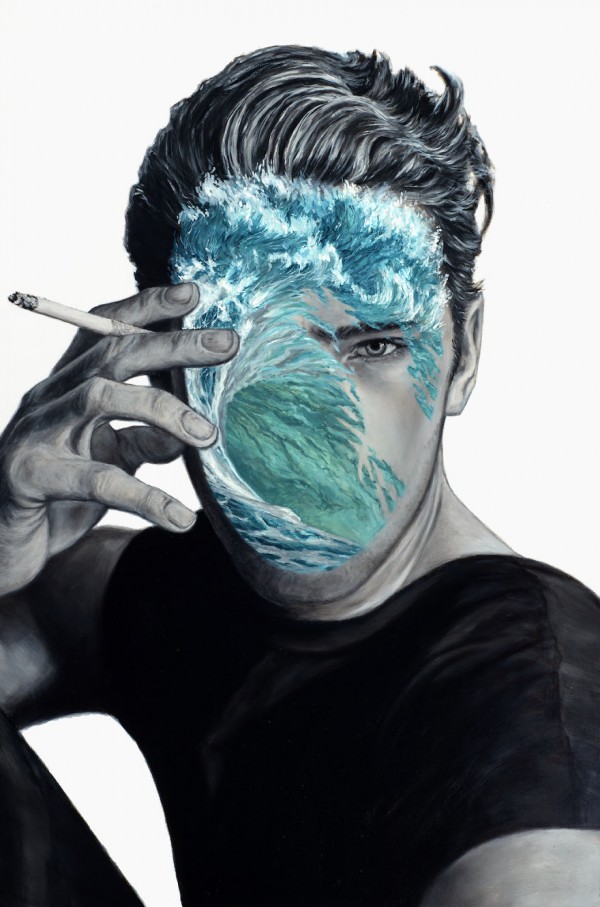 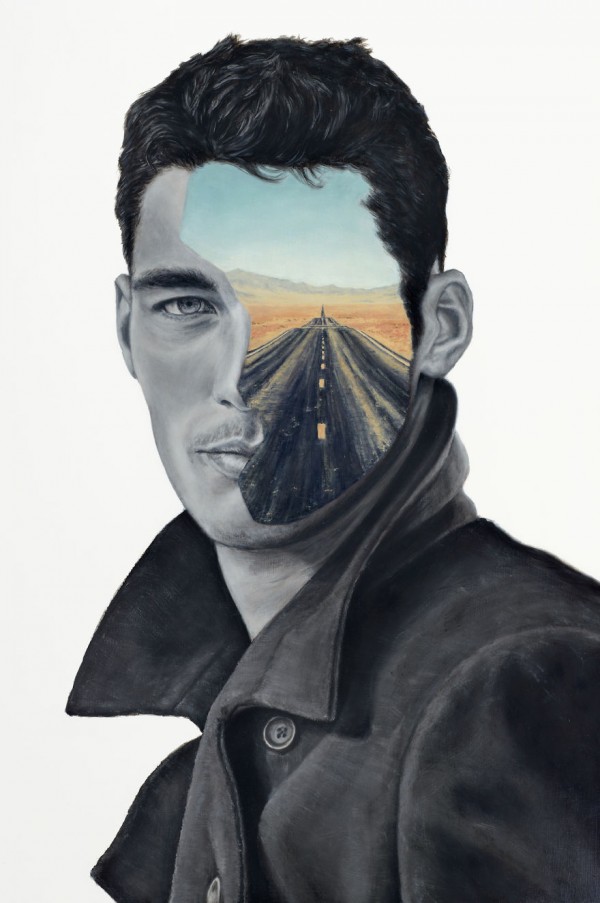 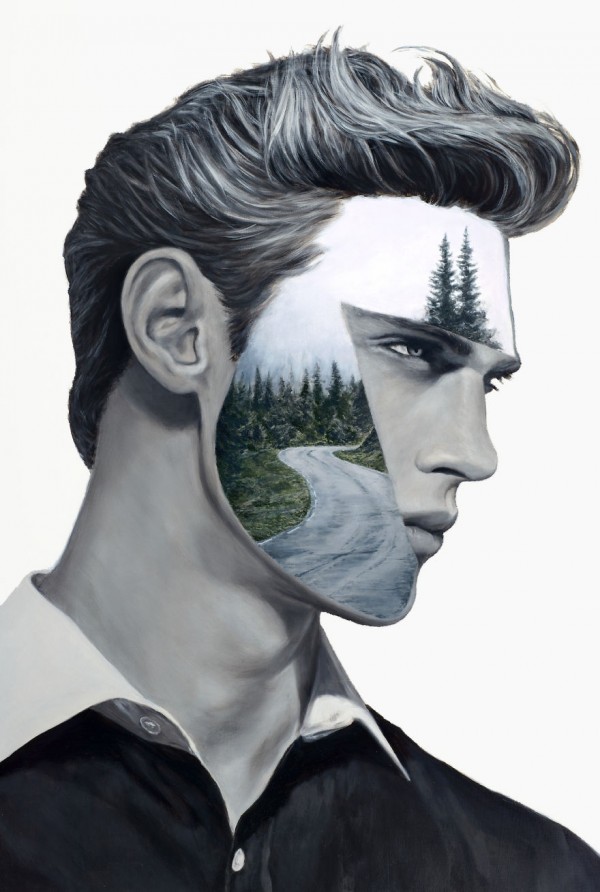 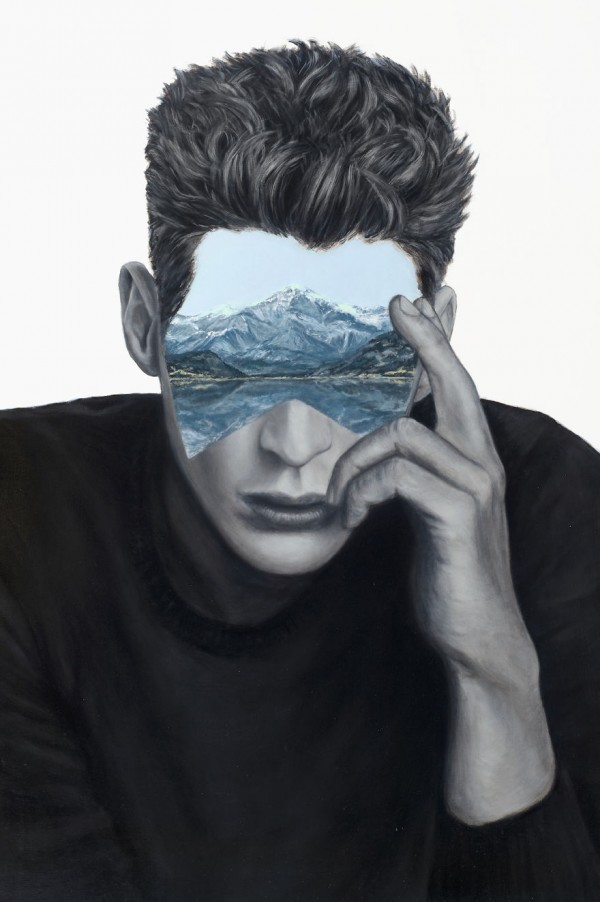 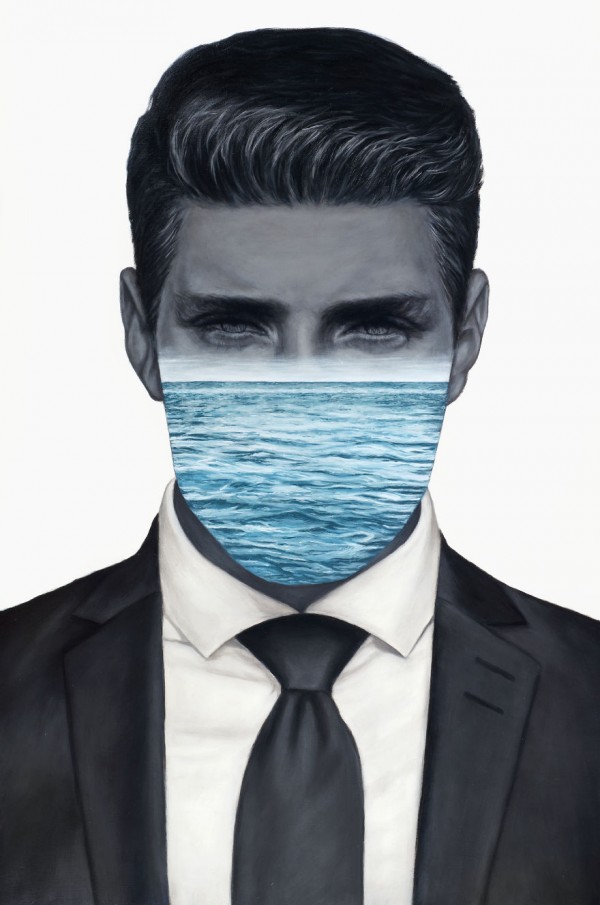 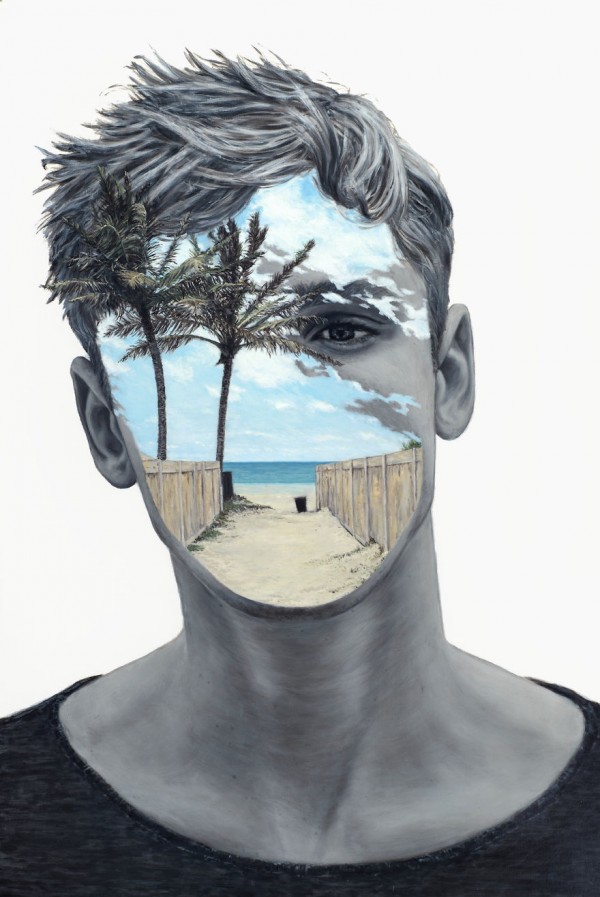 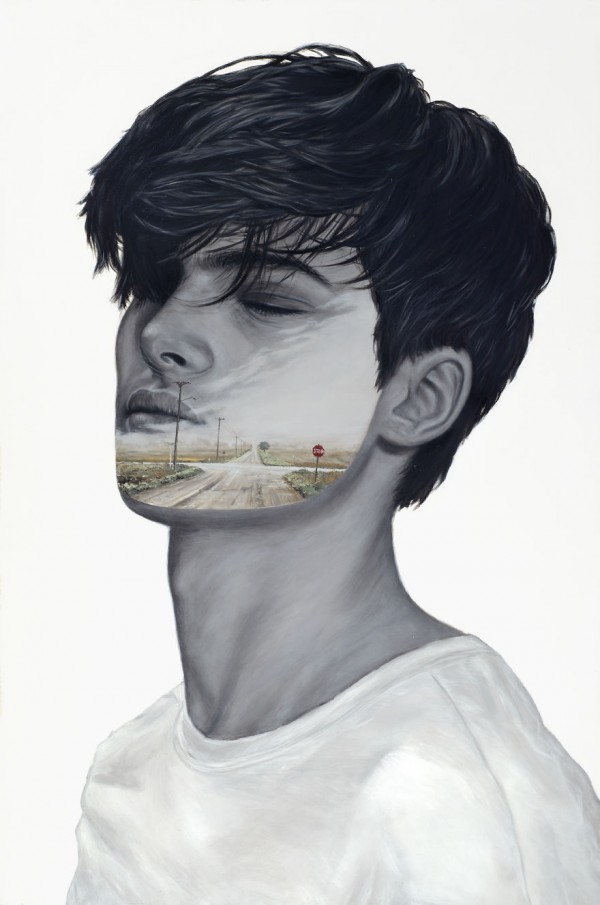 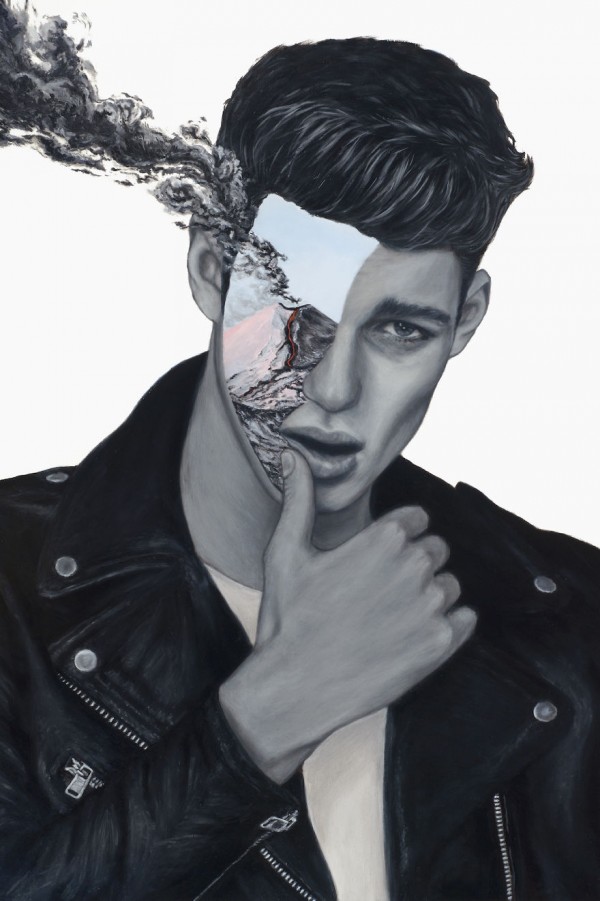 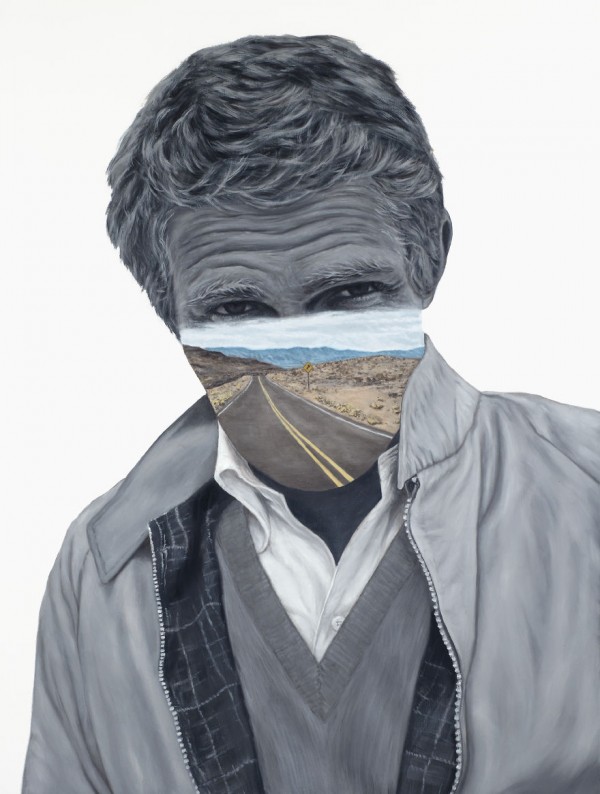 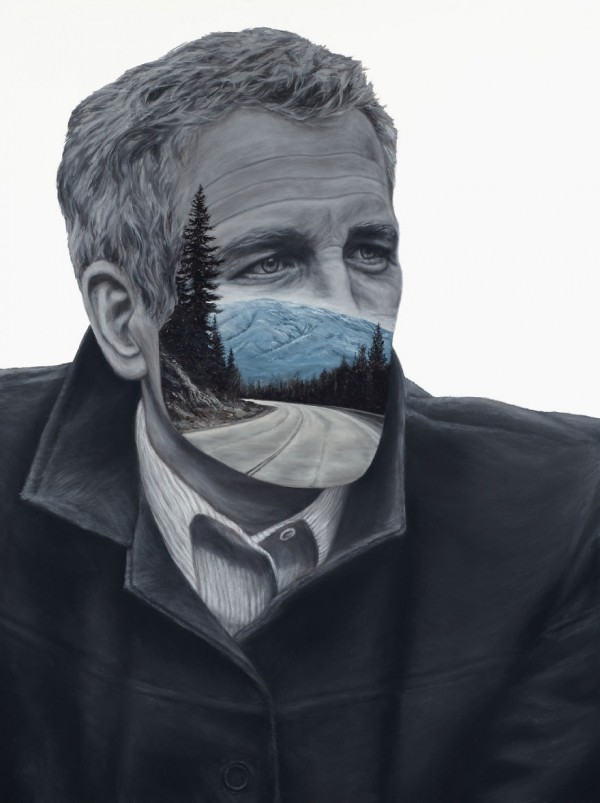 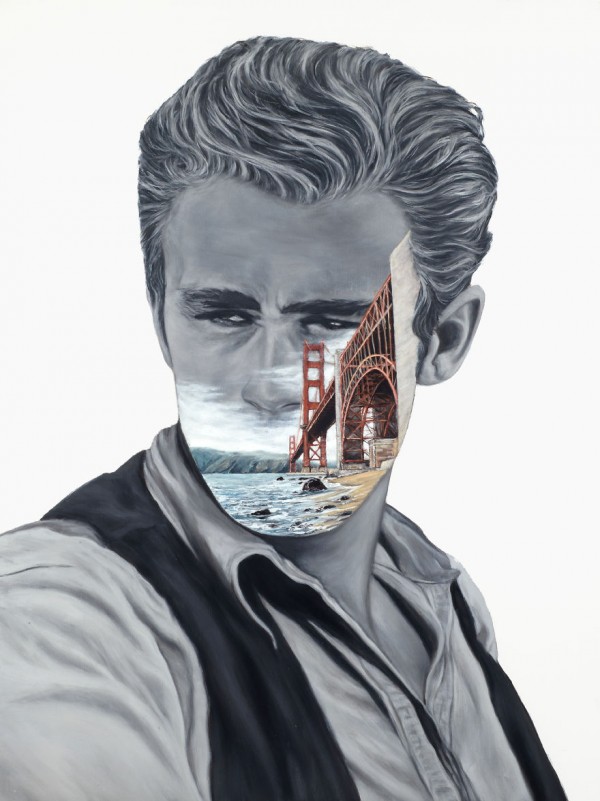 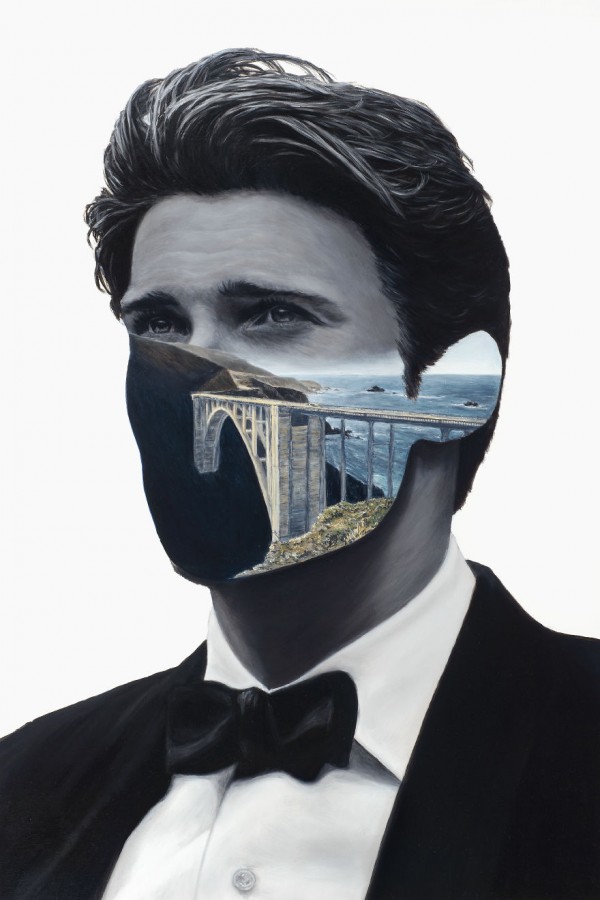 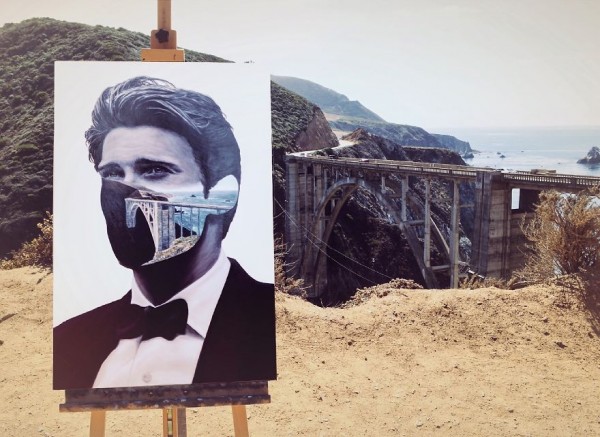 Beau Bernier Frank is a 22-year-old French-American surrealist painter currently working from his studio in the city of Pacific Grove, located on the California coast. Since graduating from high school in 2011, Beau has pursued a life of traveling and adventure, jumping back and forth between living in Italy, Spain, and the States.

Growing up in a multicultural family sparked Beau’s interest in learning about other cultures and languages. His time spent overseas allowed him to become fluent in French and Spanish and his trips abroad inspired him to return to his artistic roots. He began documenting his experiences in black moleskine notebooks, which he filled with journal entries, sketches, collages, small souvenirs and some photography. On the road it was easy for Beau to develop an appreciation for street style and men’s wear, especially from his time spent in San Francisco, London, Paris, Barcelona and Florence. This interest directly translated into both his paintings as well as became a part of his lifestyle. What is rather remarkable about Beau’s body of work is his humble beginning as a self-taught artist and his recent switch from illustrative works with pen on paper to oil on wood panels. Beau has worked in a variety of jobs and has done some freelance graphic design and mural work, however some recent setbacks and health issues forced Beau to take a break from his day job. It wasn’t until he developed an autoimmune disease that that he had to put everything on pause and reevaluate his life.

Beau immersed himself in painting and made an overnight change to focus his attention to the creative arts as a means to cope with reality. Not being able to walk or work for several months gave Beau an opportunity to brainstorm and explore his artistic inclinations. He eventually developed a new innovative and unique style of collages of landscapes with portraits. These paintings would mark the beginning of his new career as an emerging artist and the creation of his latest collection, “Off the Grid.”