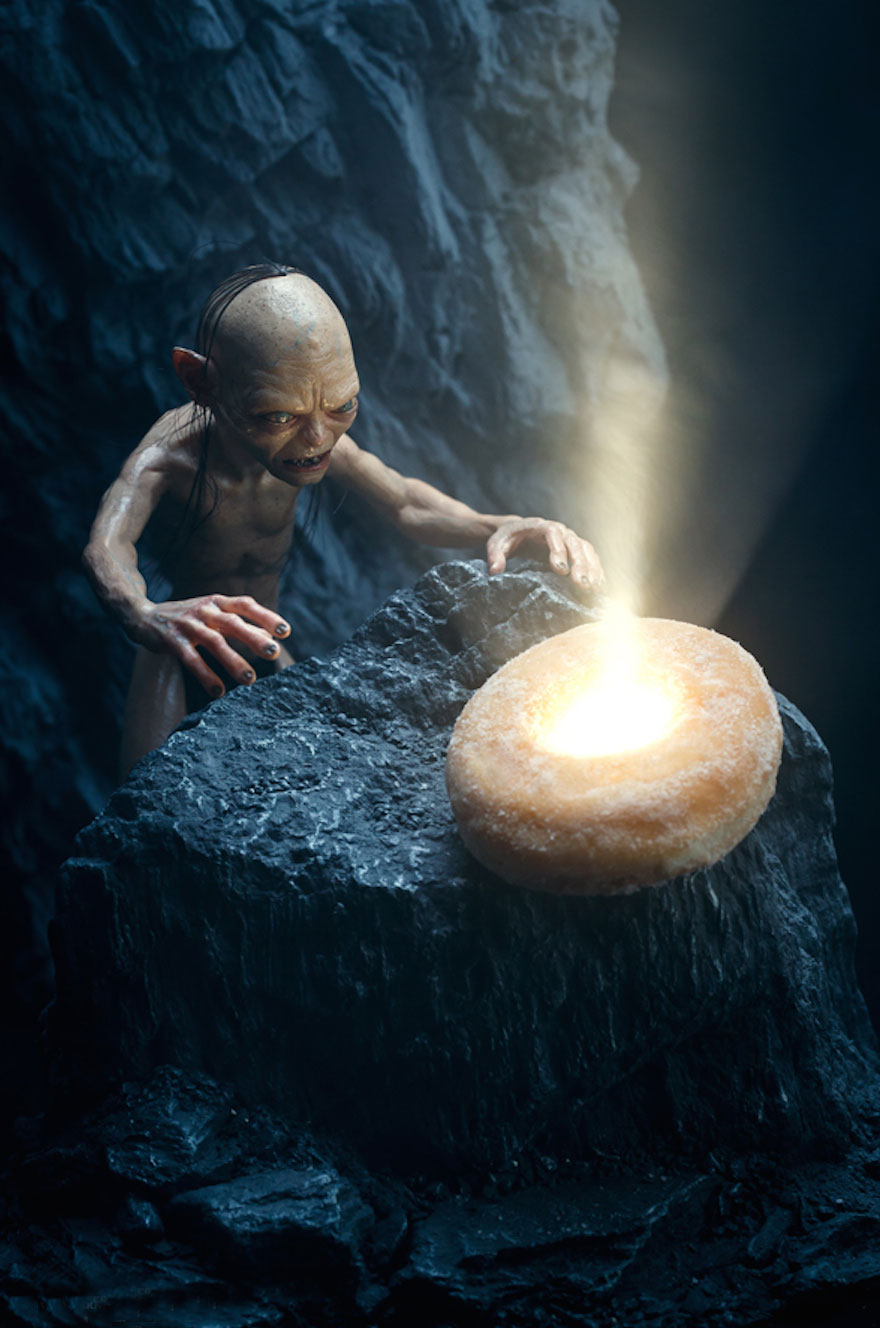 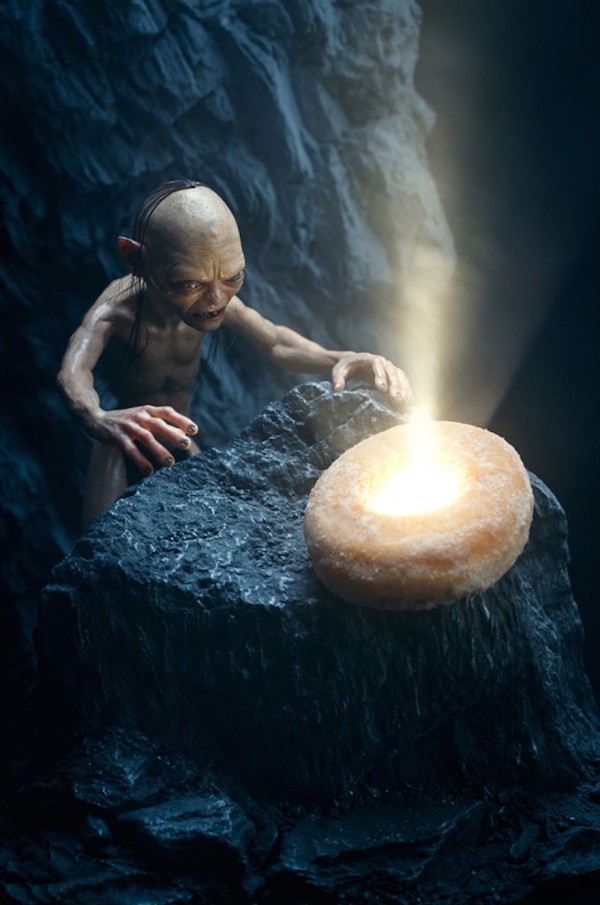 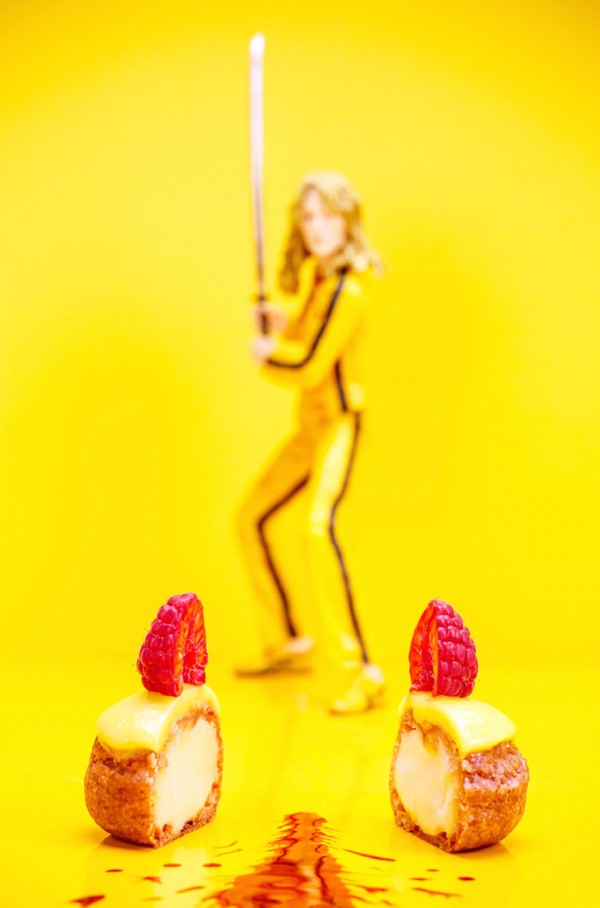 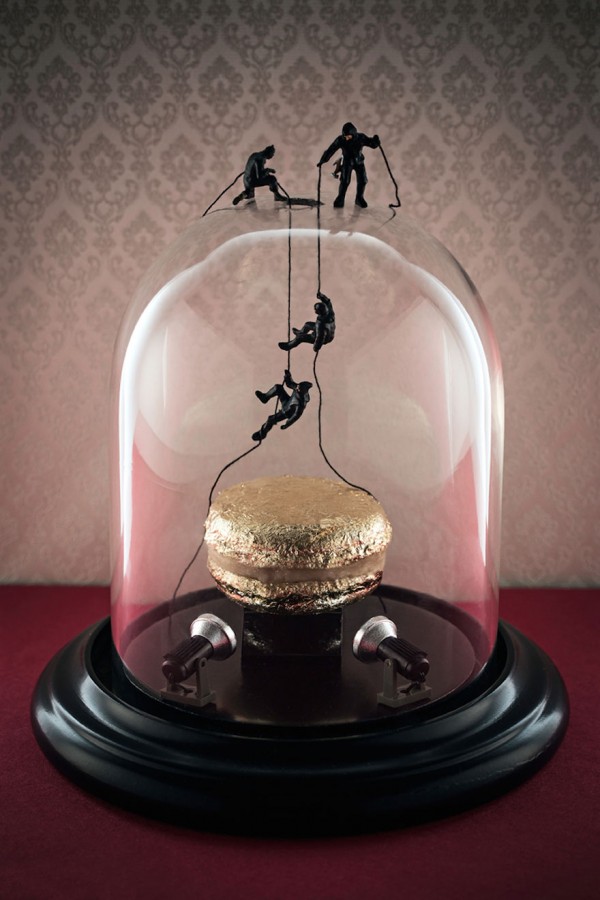 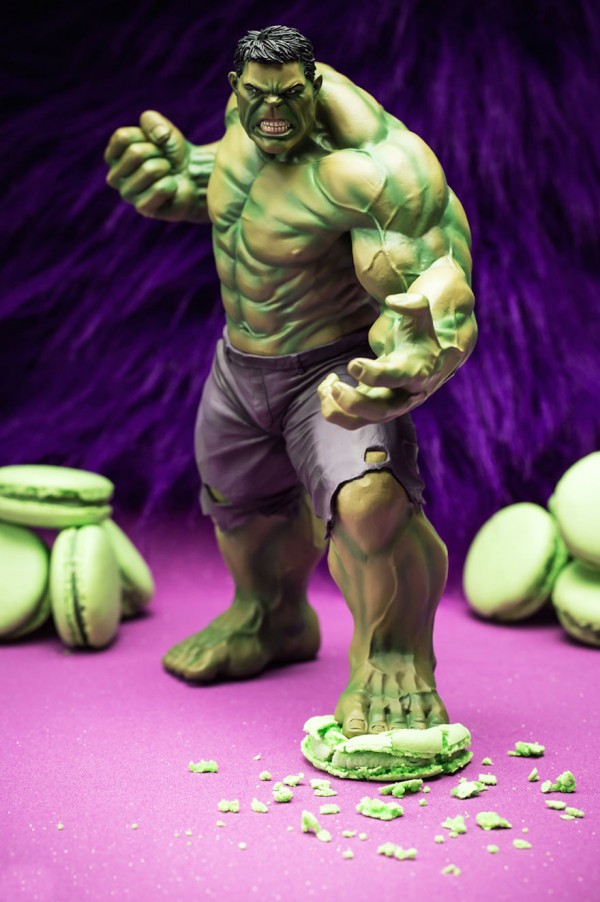 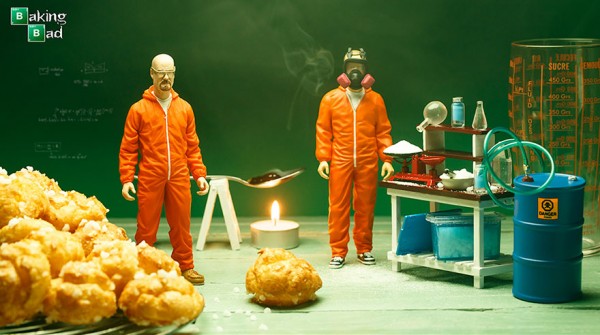 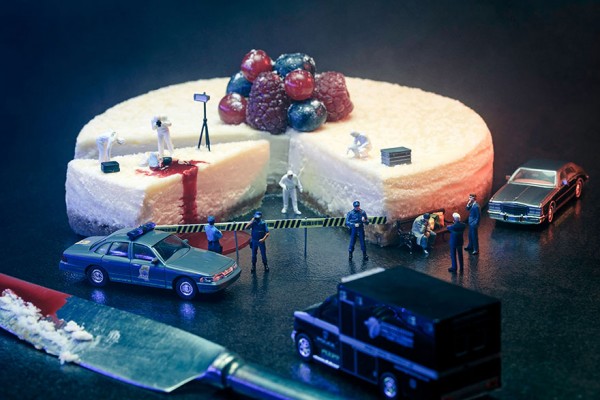 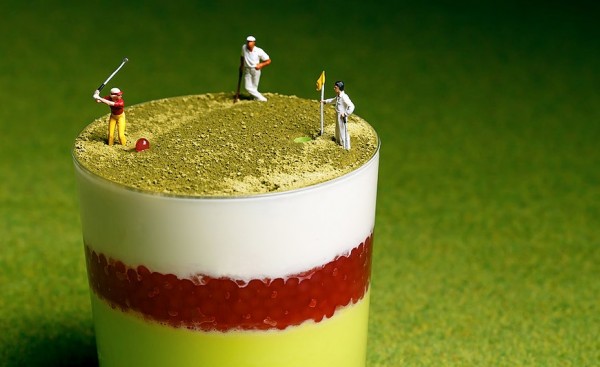 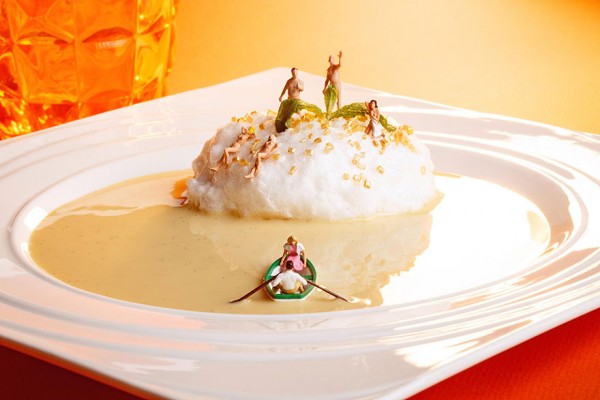 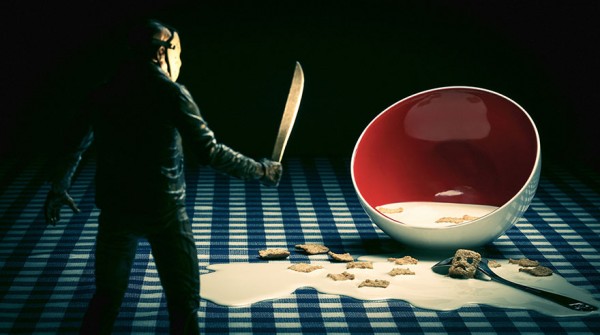 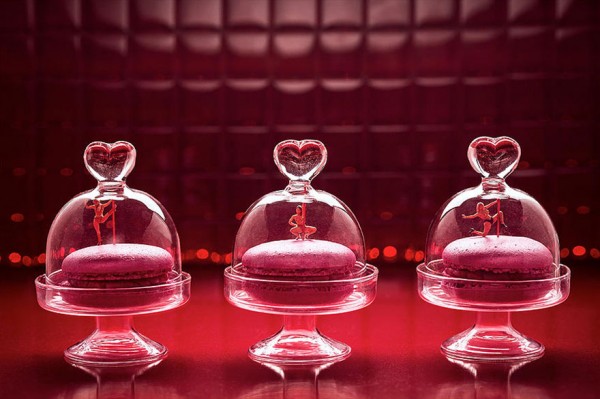 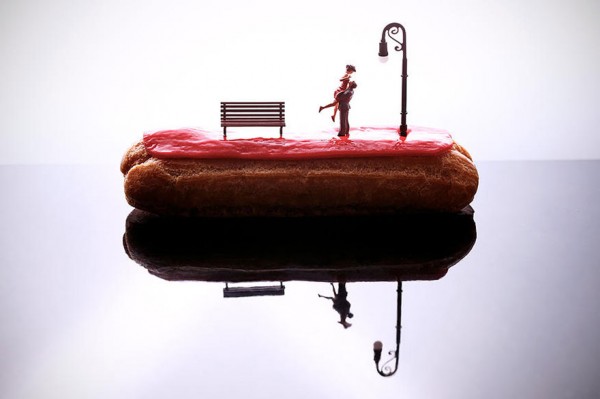 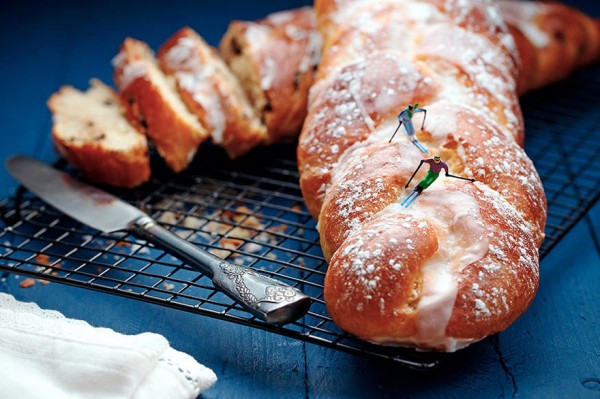 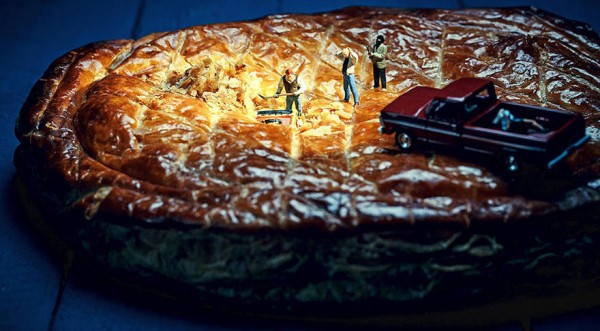 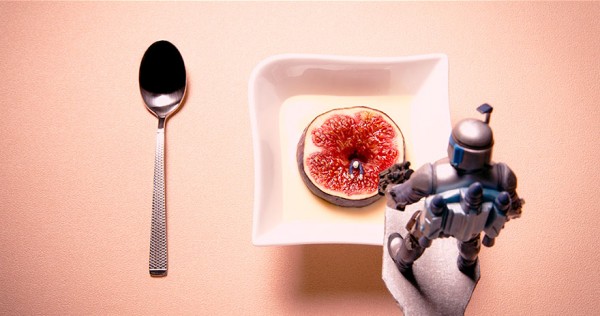 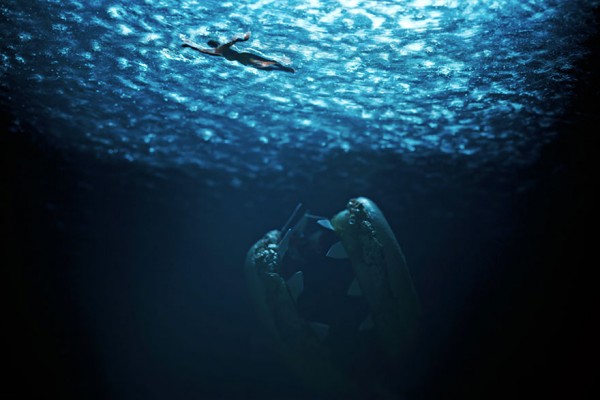 “The story started 3 years ago when my wife won the TV show “Masterchef”. She decided to change her life and open a cake shop, so she asked me to take some pictures of her creations. At first, I took some “classic” pictures but then I became more and more interested in the way these desserts were made. I also discovered that there was a story (sometimes a kind a fairytale) behind the name of each pastry or dessert. So, I looked for a way to make up stories around them.

Because I’m a great movie fan, I started to have lots of ideas with references to films such as Kill Bill, Star Wars, Jaws, always by using humor and derision.

Baking is always associated with sweetness, beauty and happiness, so I really wanted to “break the rules” and make some setups with blood, serial killers and other monsters – I liked the paradox.

Many people ask me if I’m doing everything with Photoshop. It’s not the case – all the desserts are real and I spend a lot of time to find figures, repaint or tune some of them to make them look even more real. I’m also working on designing “special effects” with smoke or light. As I’m working with artisan food, I think it’s also nice to work in a kind of artisan way, like the old movies without thousands of computer-generated images.

It was a passion, now it becomes an obsession. Each time I watch a movie, a TV show or read a book, I’m thinking: “What can I do with that?”. I have more than 80 ideas to realize, with some of them extremely tricky!”