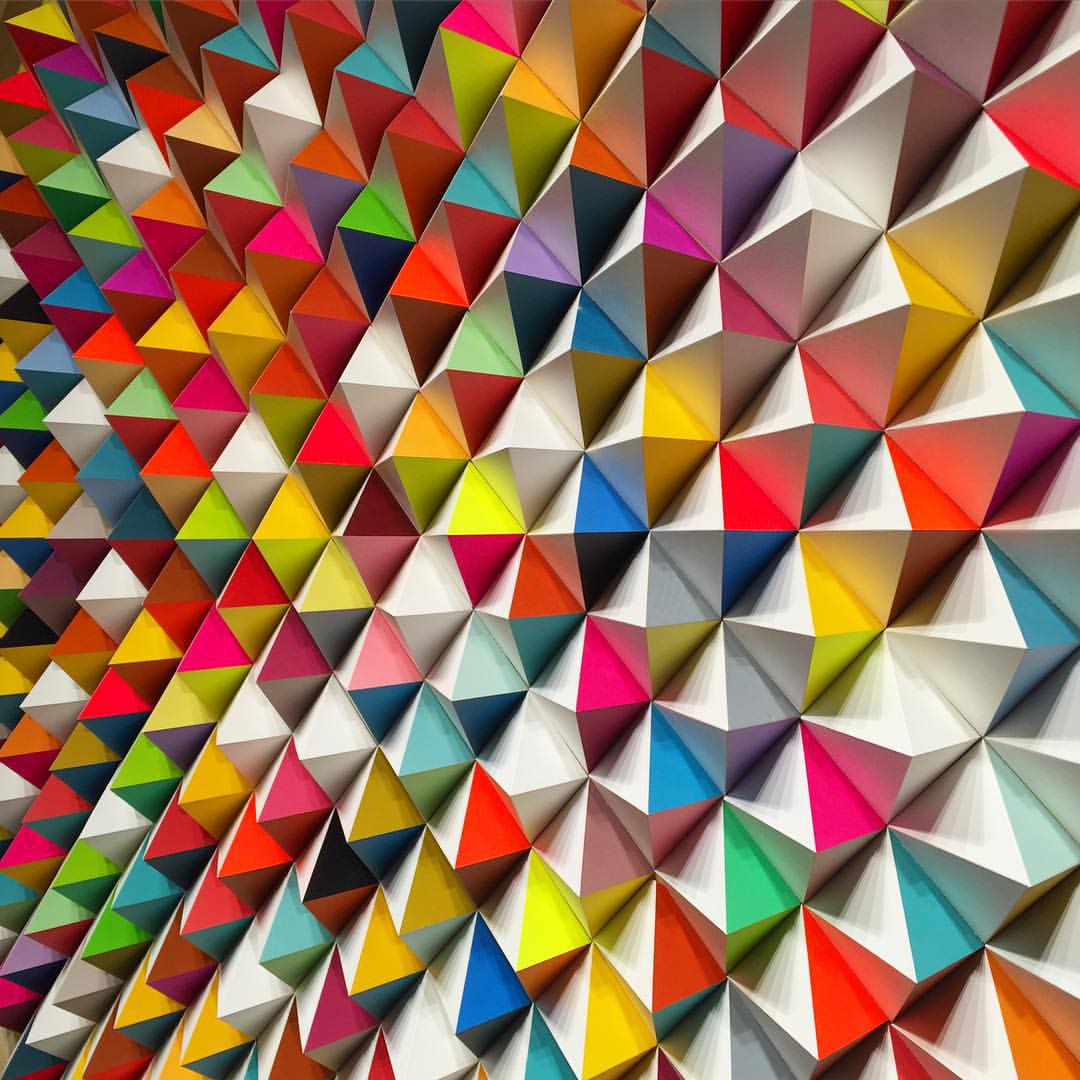 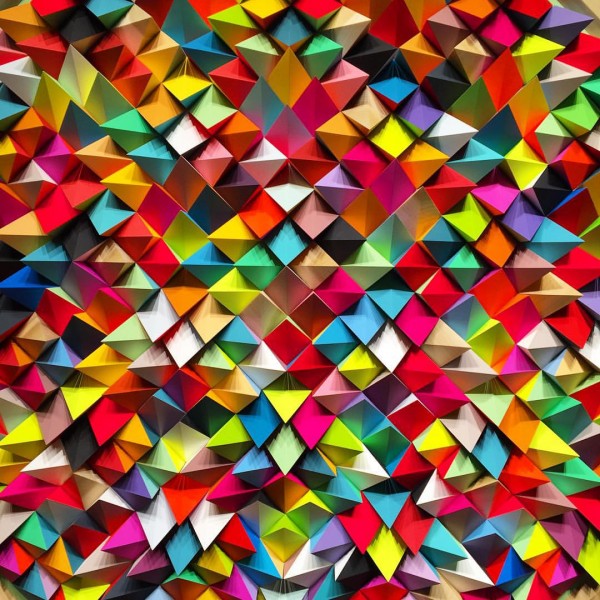 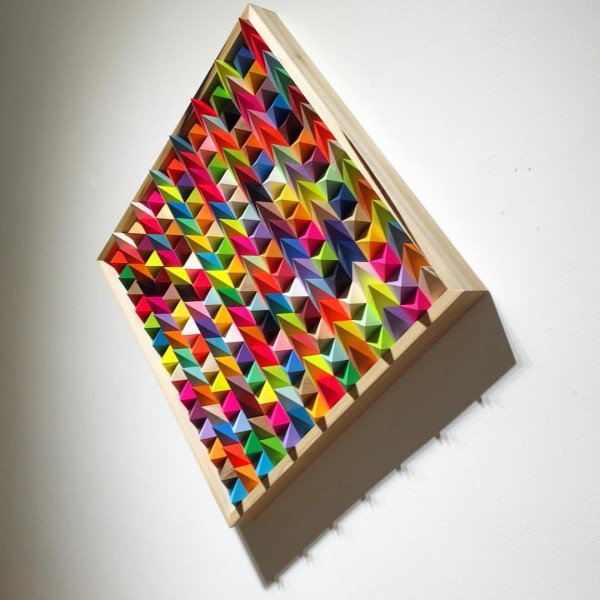 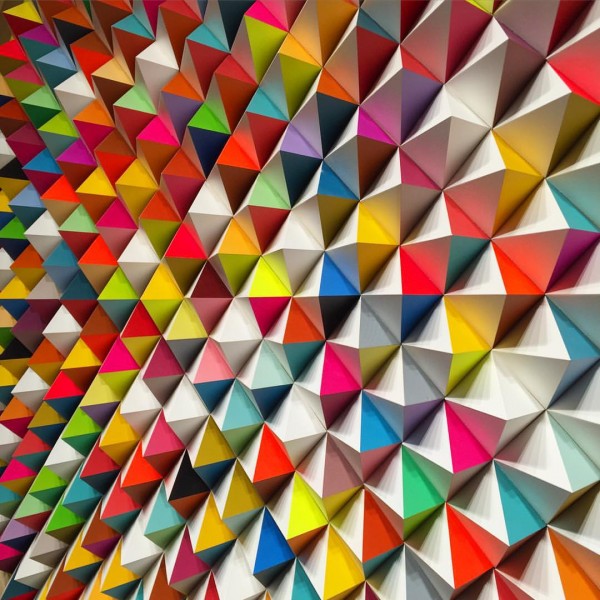 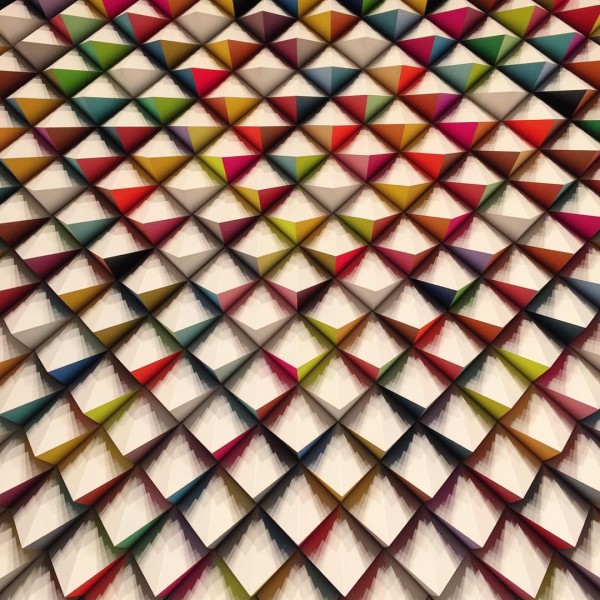 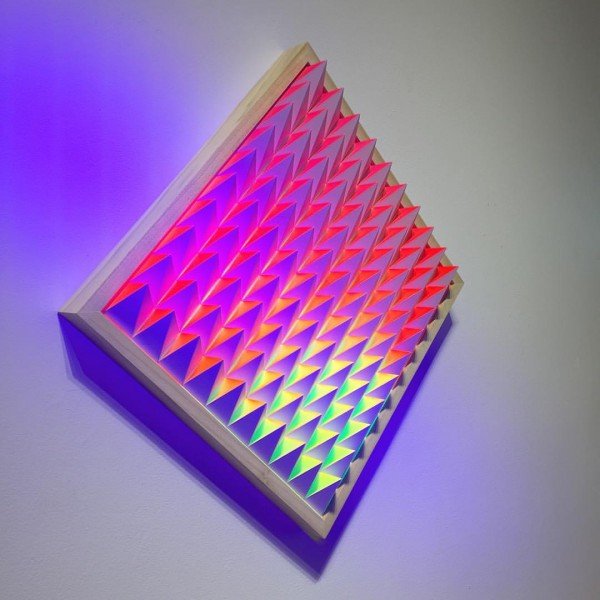 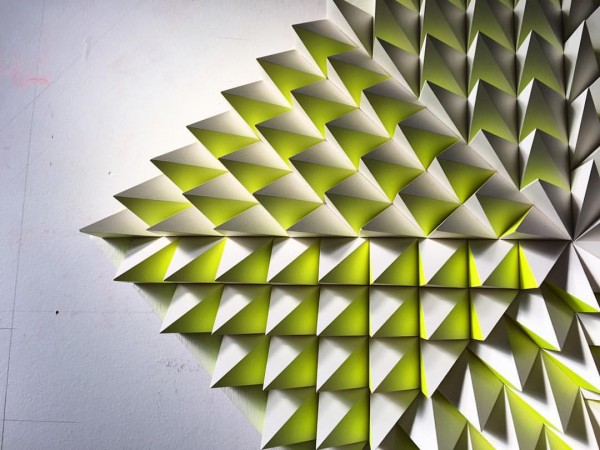 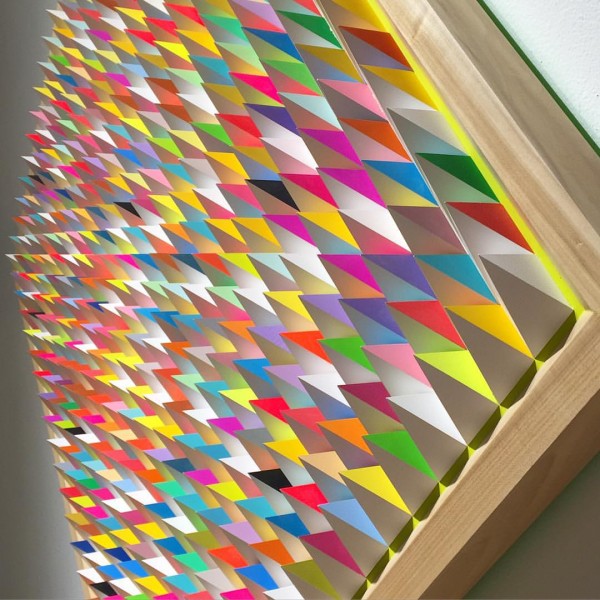 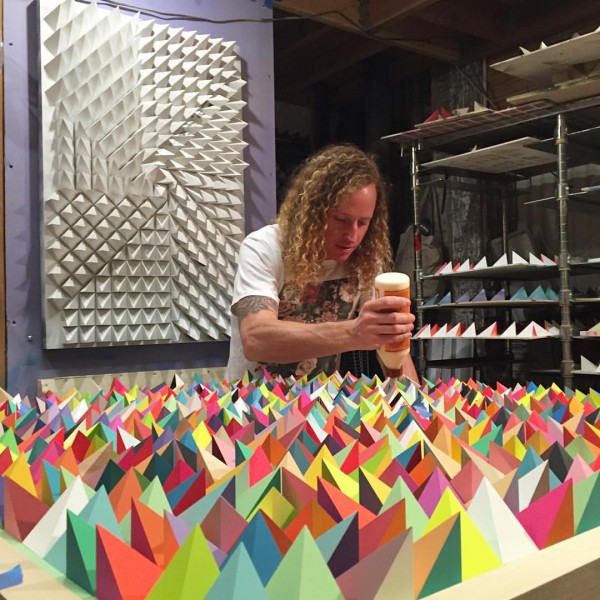 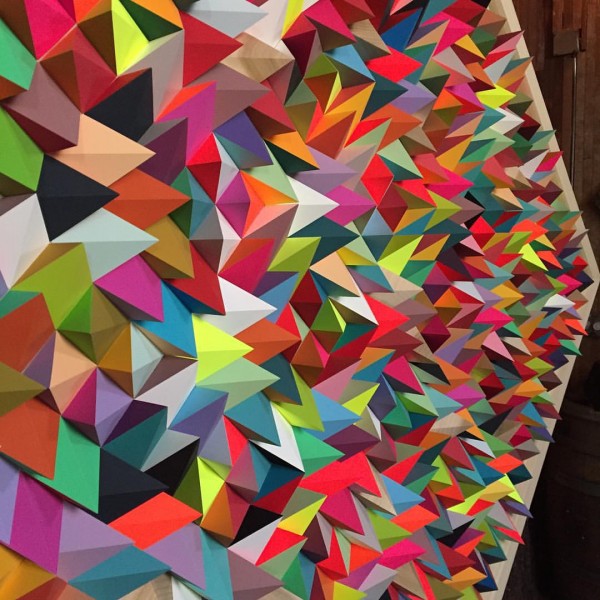 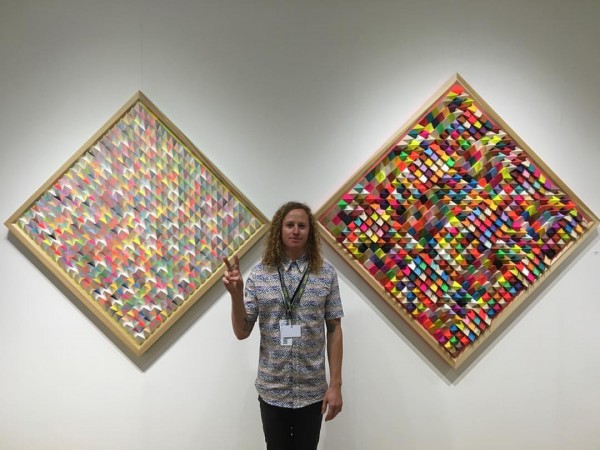 Sean Newport is a San Francisco based artist whose work varies from design to sculpture. Sean was a original creators of Engine Works, an artist collective founded in 2010 in San Francisco’s historic Mission district. Working primarily as a woodworker, Sean has honed his skills as a carpenter to fine artist over the past 5 years. Conceptually, his sculptures deal with perceived notions of reality and the idea of creating a digital aesthetic through analogue processes. To achieve this, Sean manipulates wood into three-dimensional shapes, then paints and arranges them into a vibration of glowing patterns, the result is a mesmerizing display of geometric design.

A major objective in Sean’s work is to manipulate color and light in a way that bends reality. Each shape is individual and creates a perception within itself. When multiplied, the multitude of these shapes’ peaks and valleys cast shadows on one side and illuminate colors from another. Each angle of perception changes the pattern; any directional light shift alters the shapes differently and dramatically. Sean is fascinated by the way perception and consciousness behave when confronted with optical controversy. Exploring how our brains react to optical falsehoods, his work enables us to delve deeper into reality’s notions that are inherently rooted within ourselves.