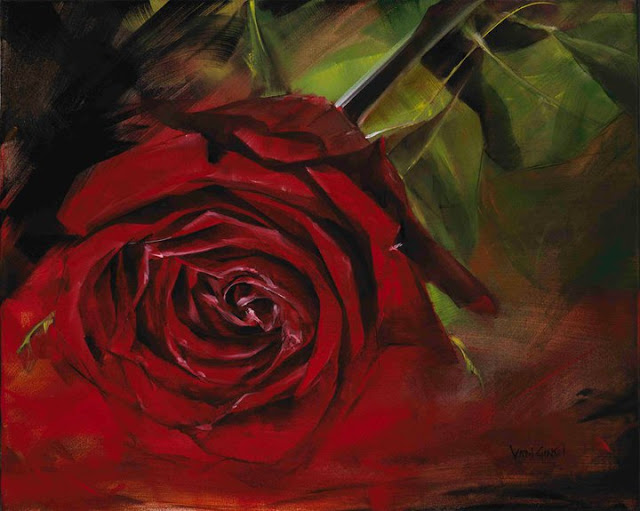 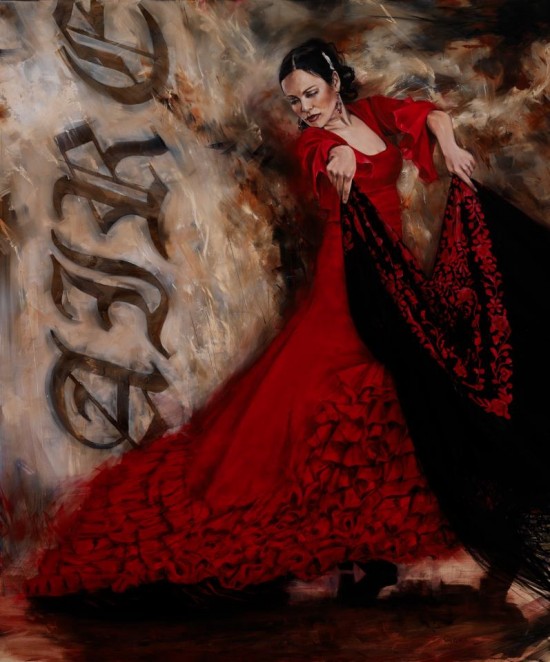 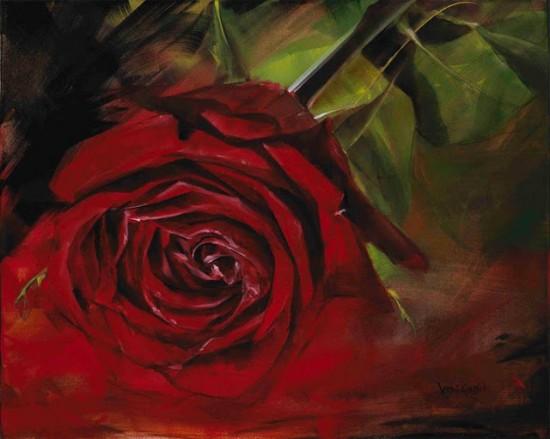 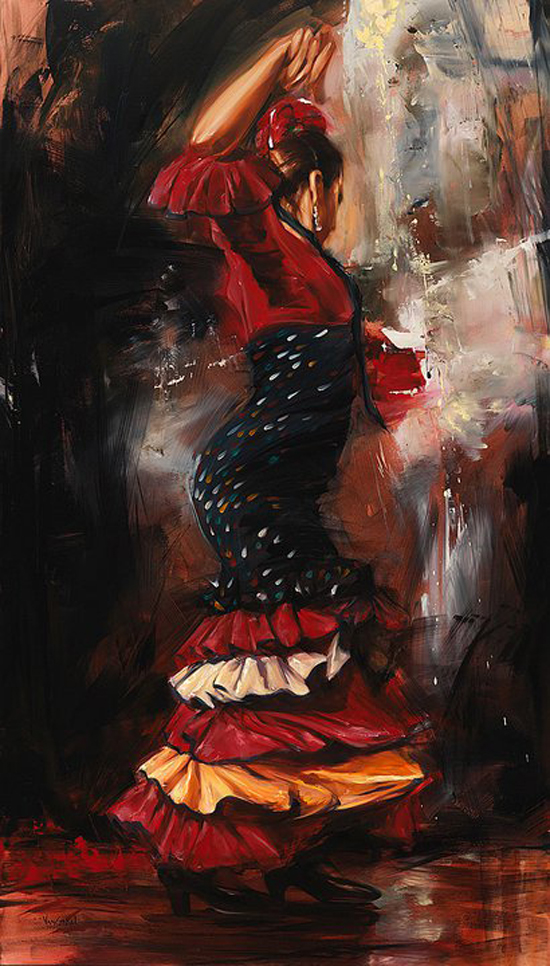 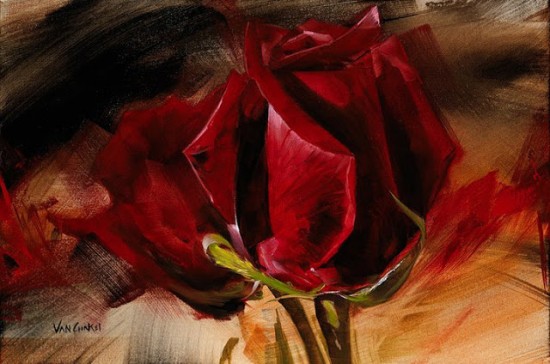 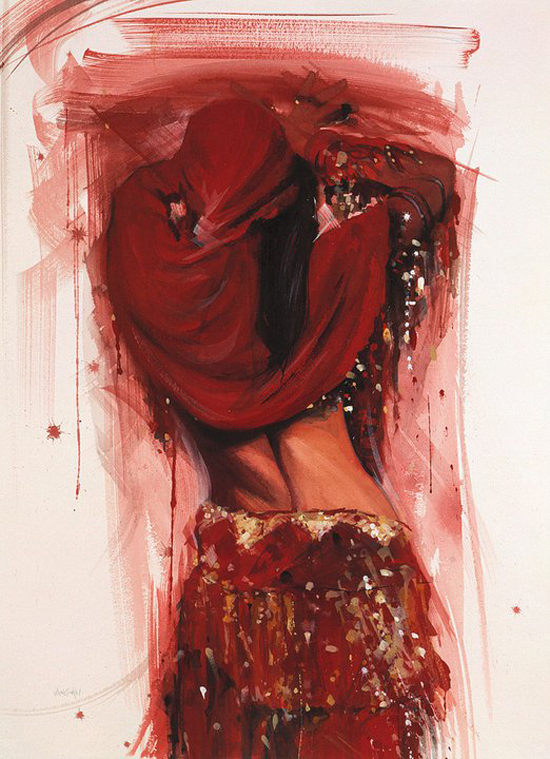 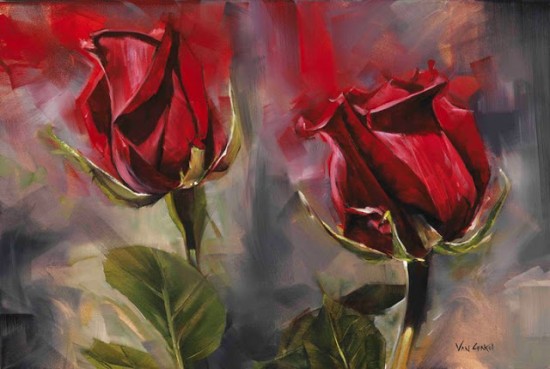 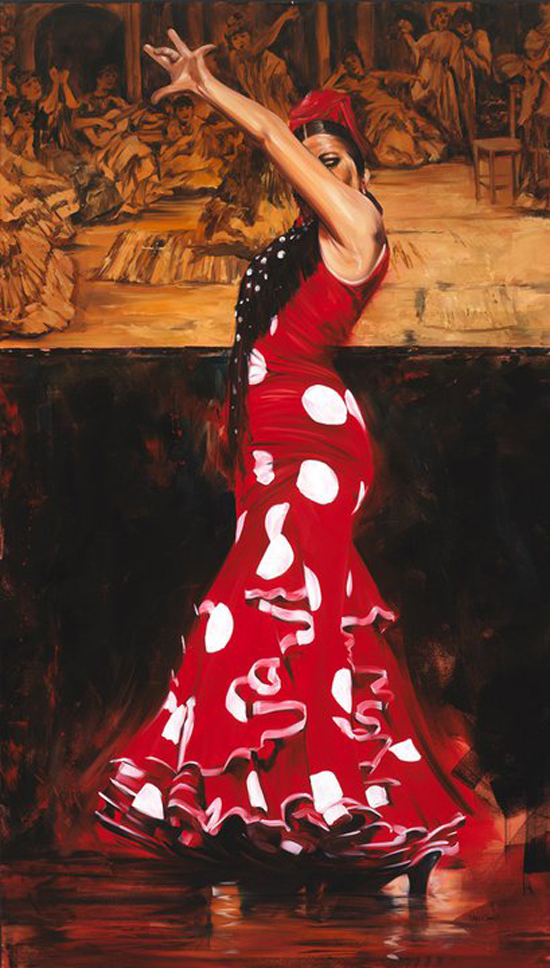 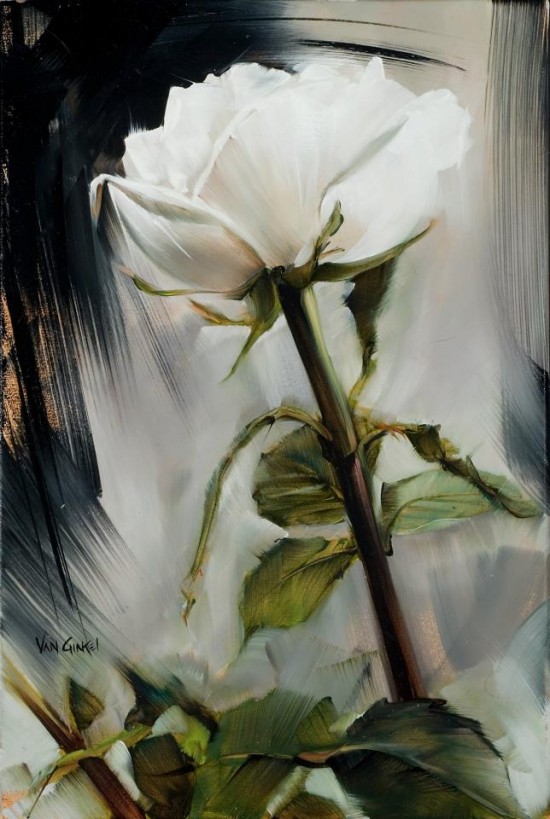 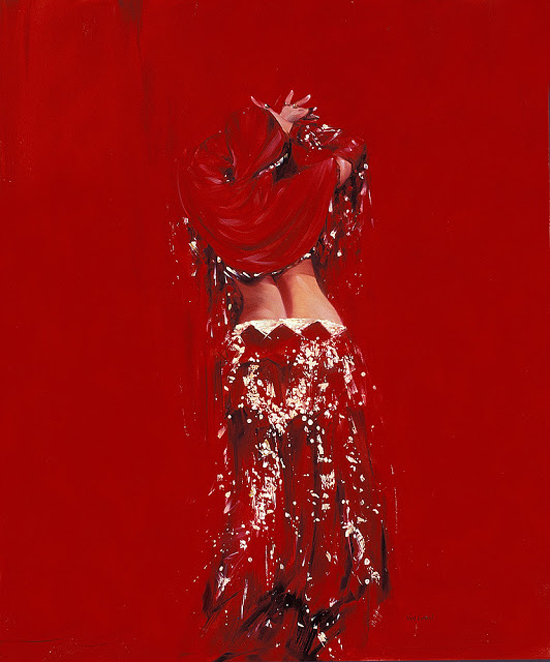 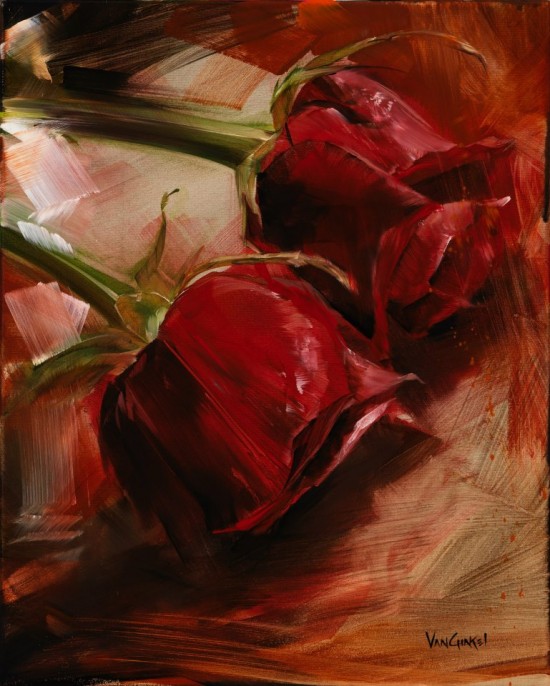 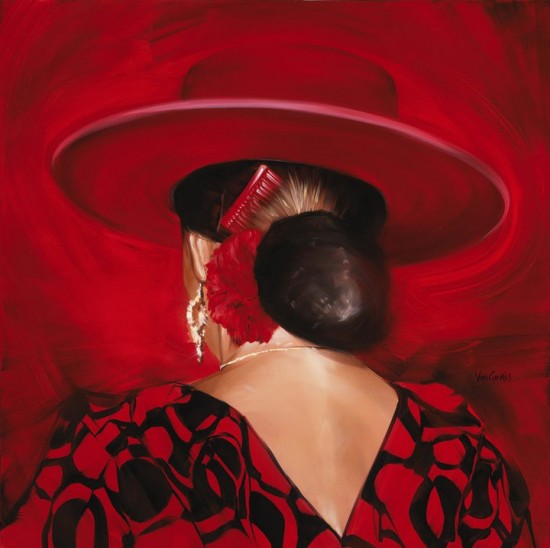 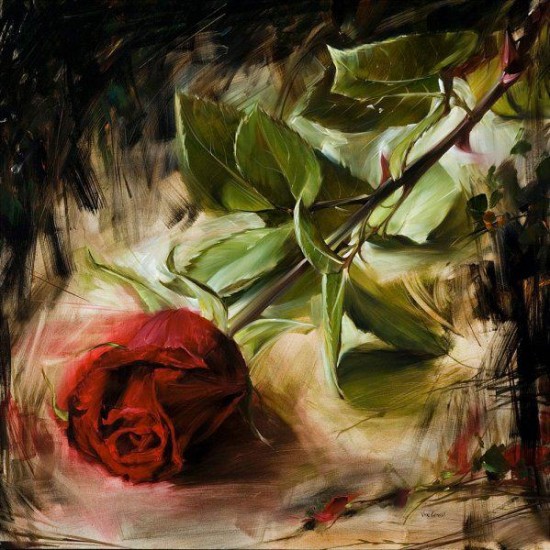 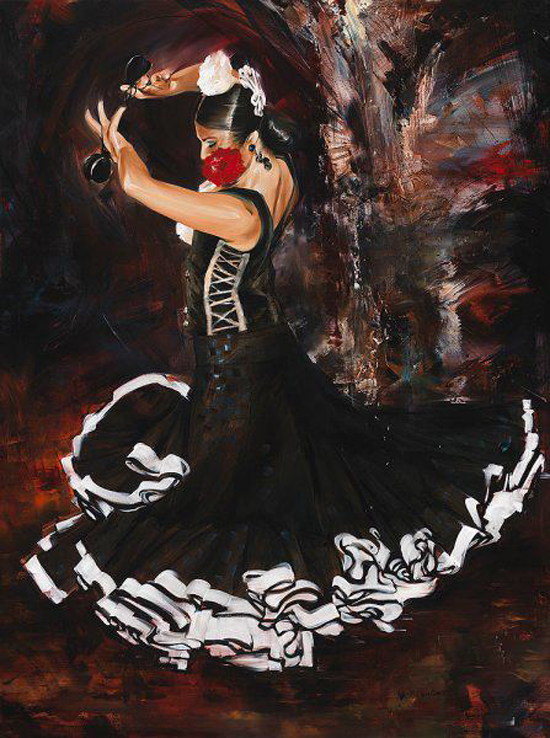 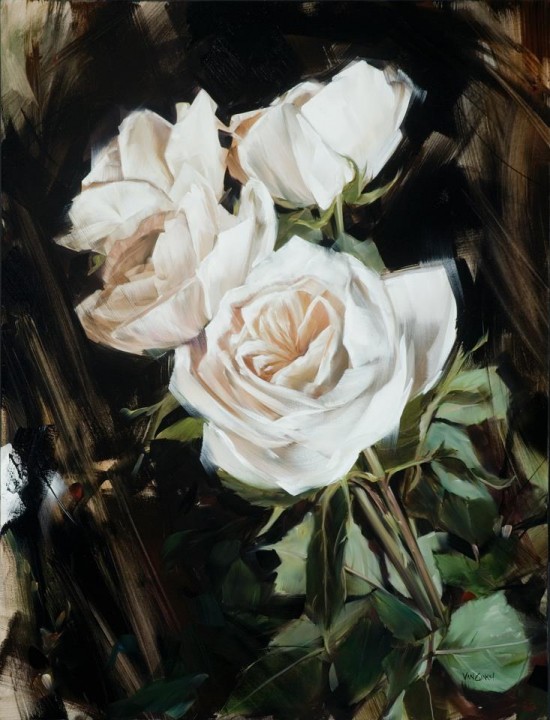 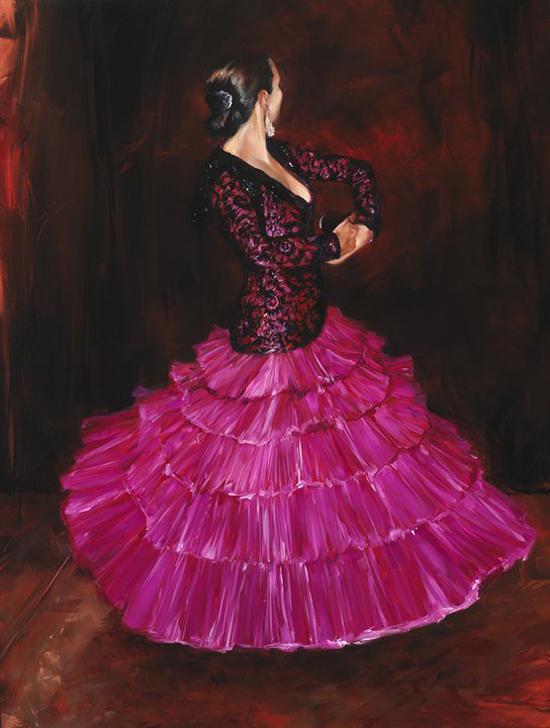 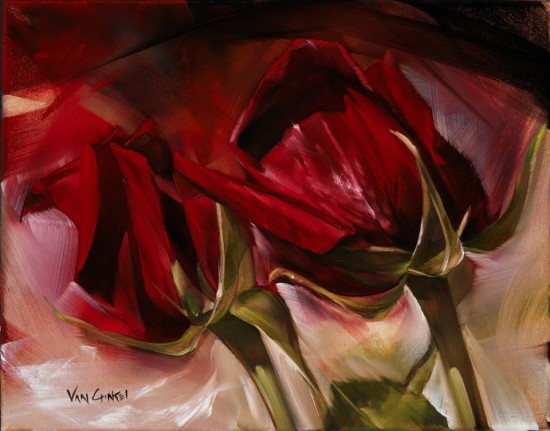 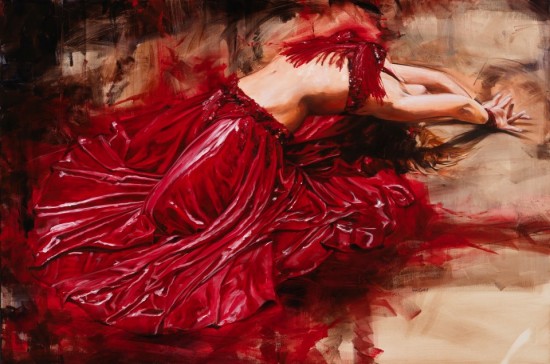 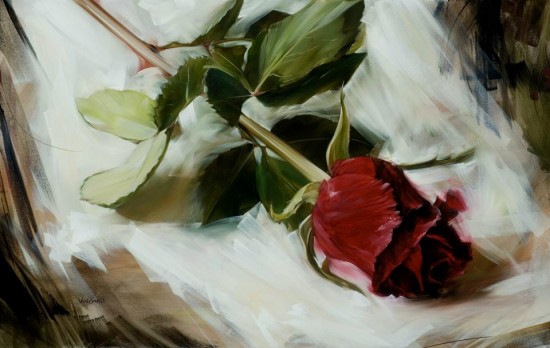 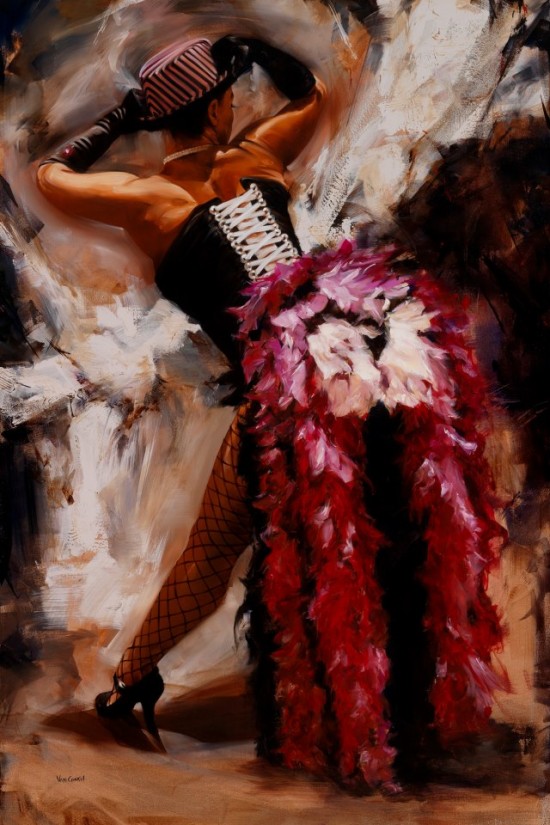 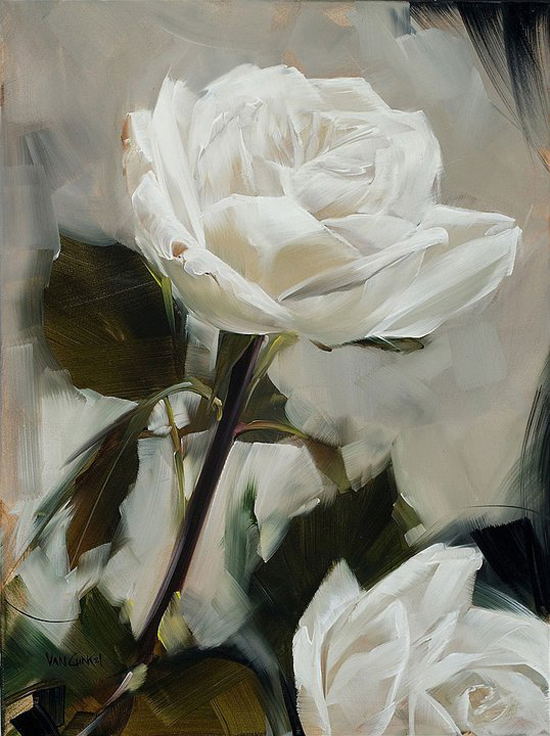 Born in St. Boniface, Manitoba, Canada in 1960, Van Ginkel moved with his family to Calgary in 1973. In search of change and new stimulation he then moved to Vancouver in 1996, however, returned to Calgary in 2001. Prior to earning a Master of Fine Arts degree from Syracuse University in New York, he was educated at the Alberta College of Art in Calgary. After working as an illustrator for 6 years, Van Ginkel has been a fine art painter specializing in western themes since 1990. Some artists who inspire and influence him include John Singer Sargent, Diego Velázquez and Frans Hals. Part of Van Ginkel’s growth as an artist has come from extended painting trips to major art centres including New York, Italy, Australia, Mexico and Santa Fe. In addition to collecting endless and inspiring subject matter as a result of global travel, Van Ginkel also attends reference photo shoots in various parts of the Southwest. Van Ginkel has received many awards and distinctions for his work including 4 Calgary Exhibition Stampede Best of Show awards. In addition to recently being selected by Fresco Fine Art Publishers as one of the top western artists working today (a hard cover book was published titled “Western Traditions – Contemporary Artists of the American West”) he had cover feature articles in the March 2004 issue of Southwest Art magazine and the November 2005 issue of Appaloosa Journal magazine. Van Ginkel is a member of the Oil Painters of America and was awarded the commission to paint the 2007 Calgary Exhibition Stampede poster.