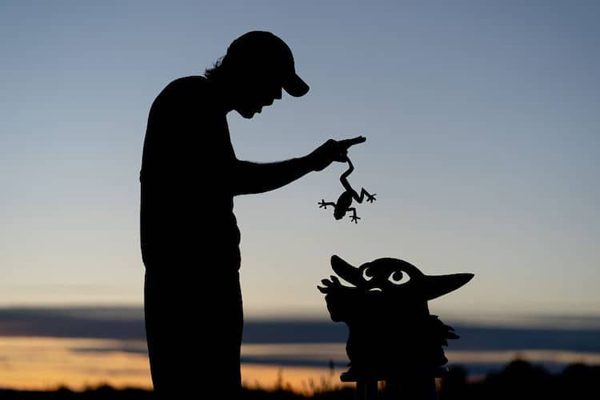 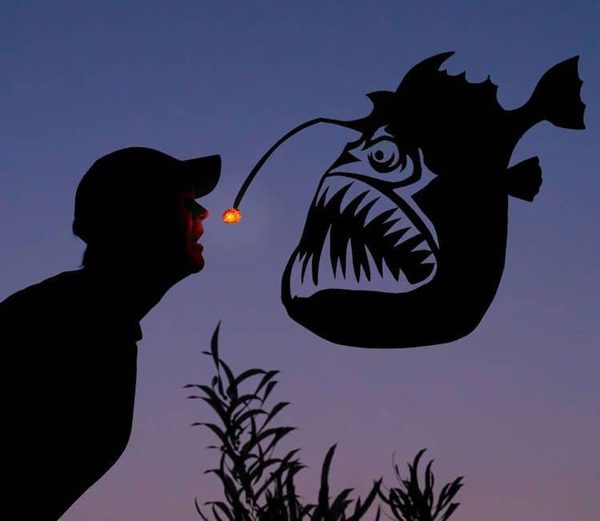 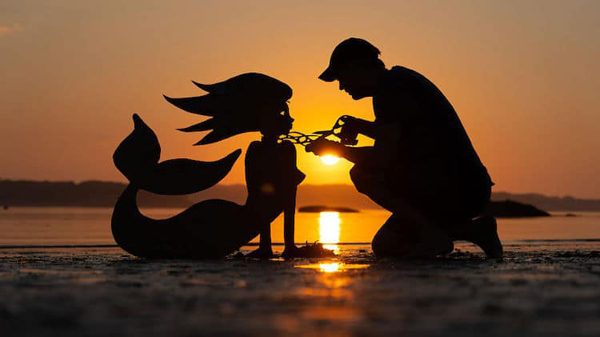 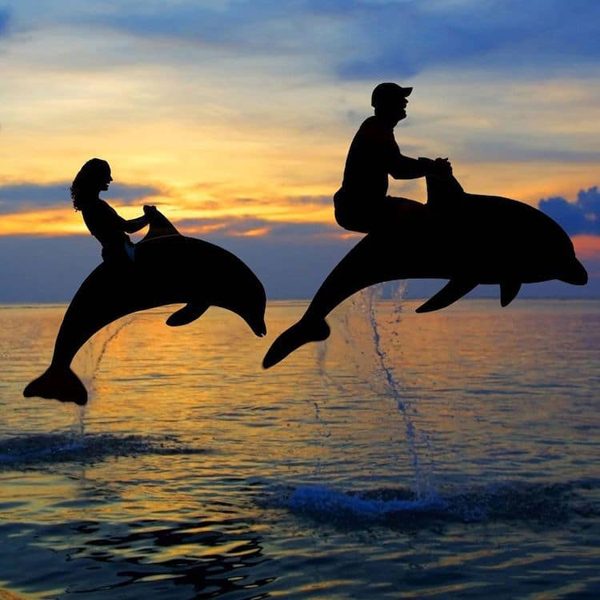 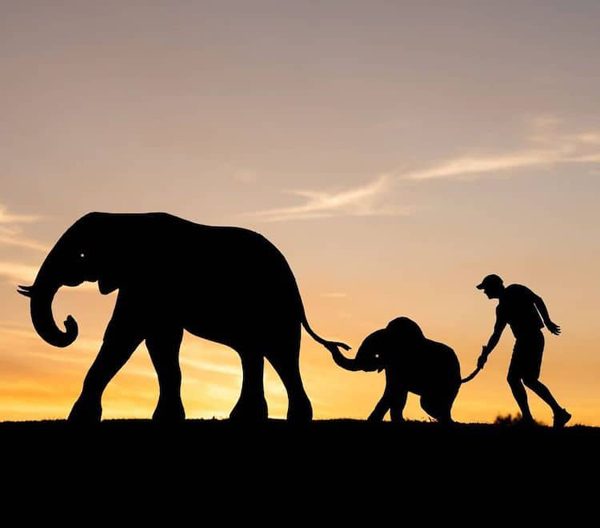 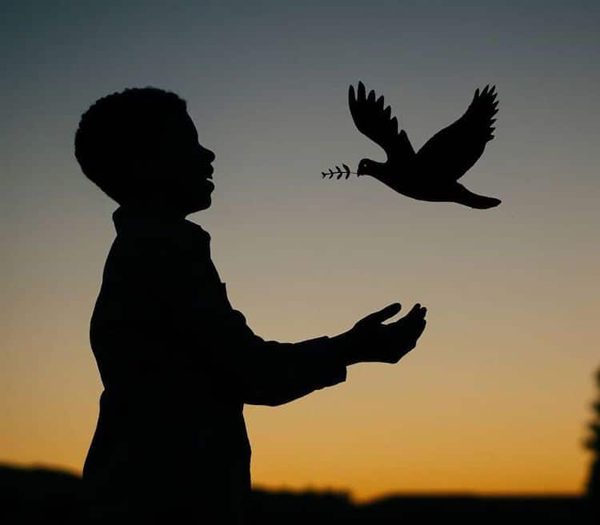 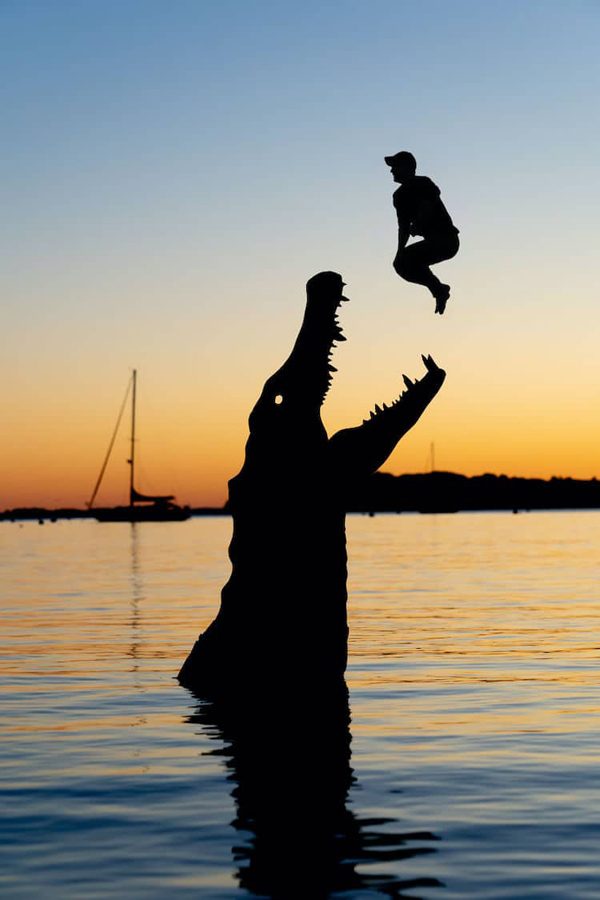 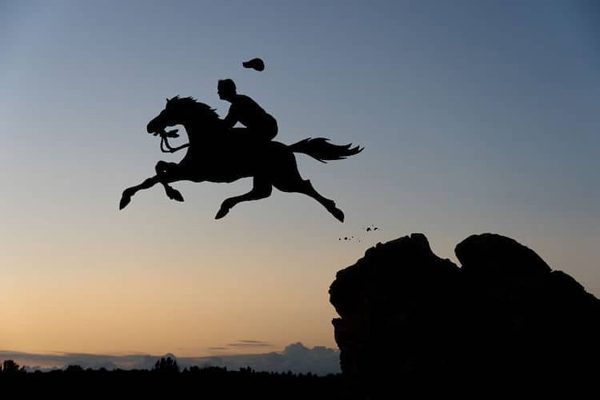 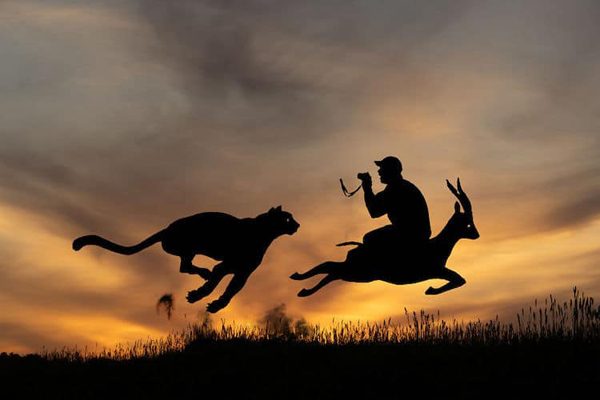 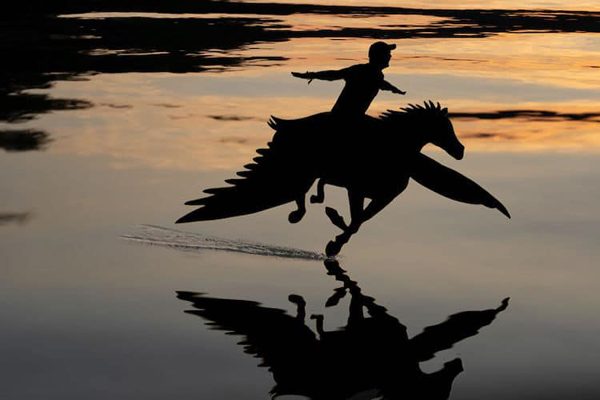 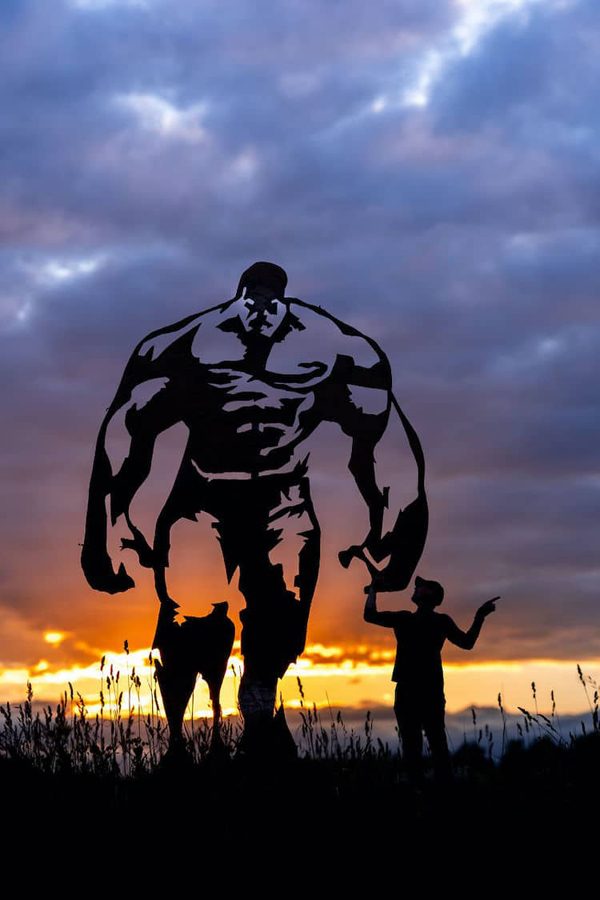 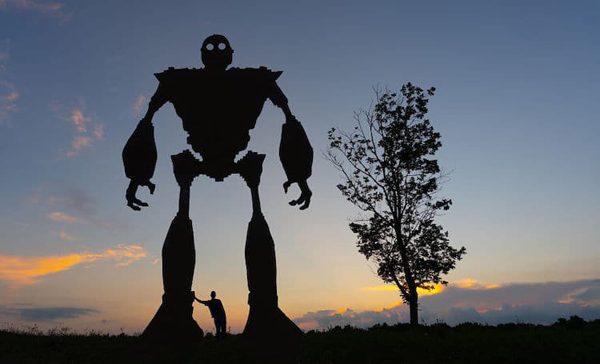 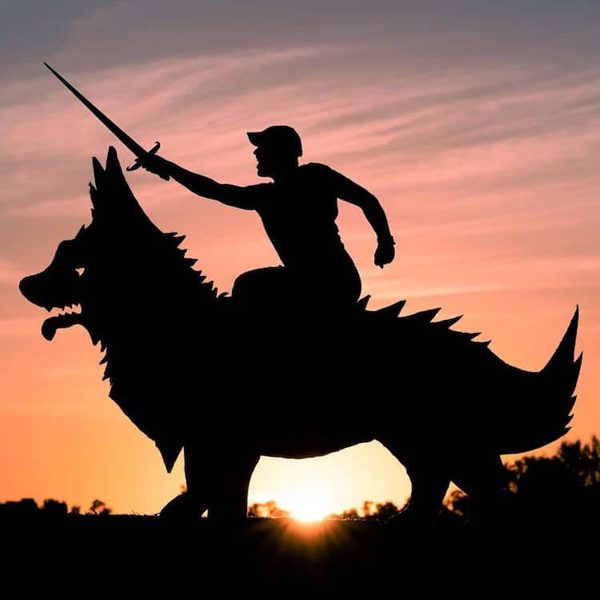 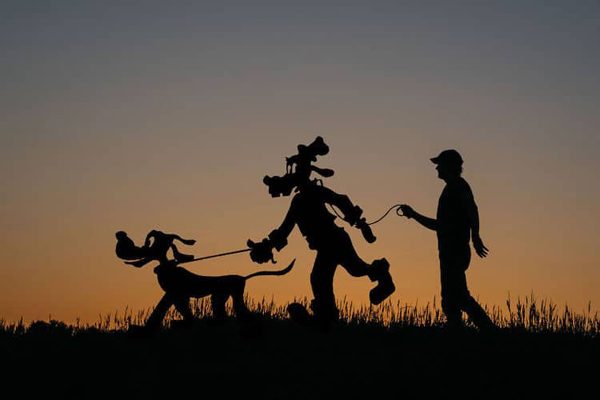 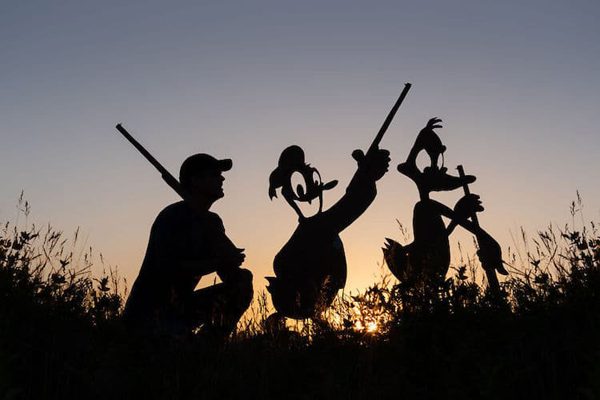 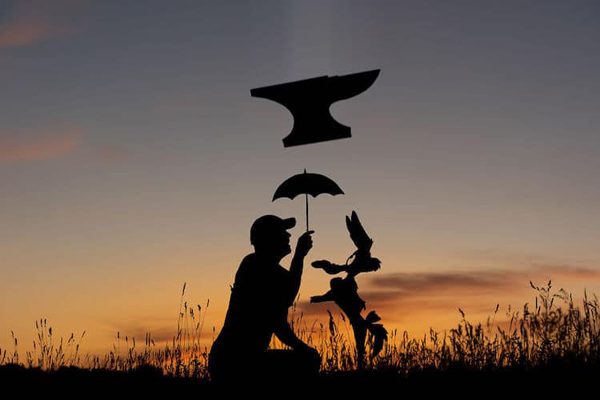 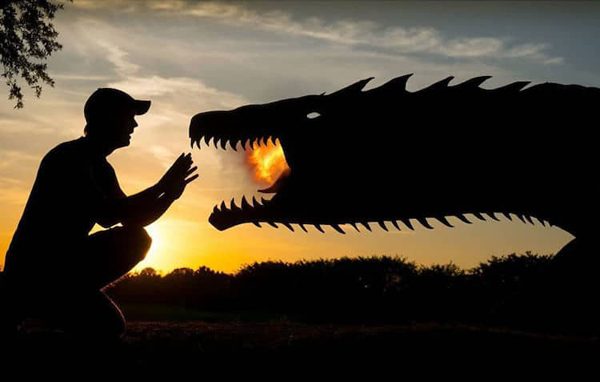 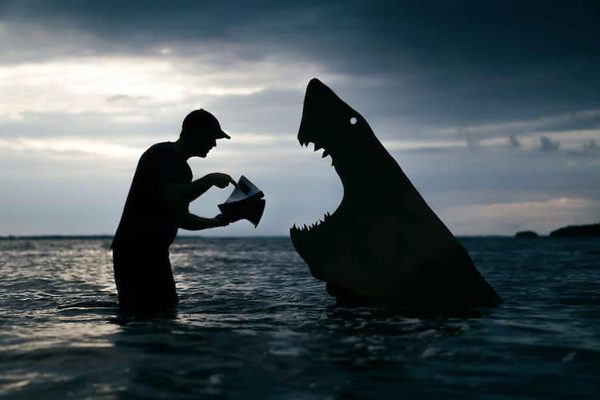 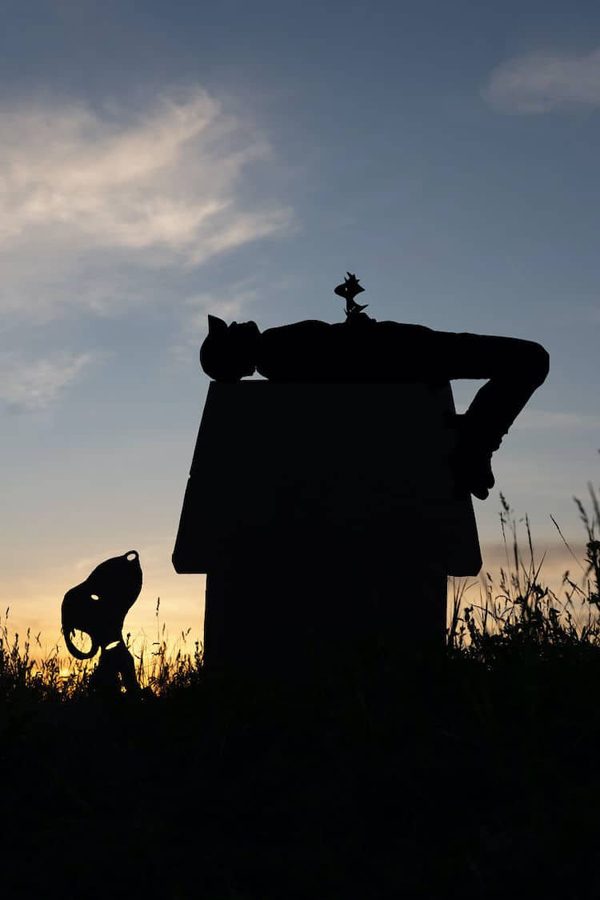 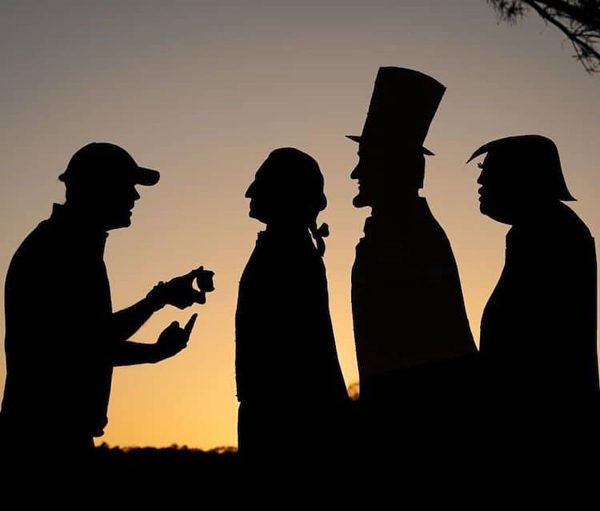 John Marshall’s series, titled Sunset Selfies, includes hundreds of playful silhouette artworks that each have a story to tell, featuring the artist himself as the main character.

Marshall uses simple cutting tools to cut out each silhouetted motif from cardboard. “As a writer and a filmmaker, I like to get away from the computer each day and make something with my hands,” he reveals. “So I get a big piece of cardboard, draw something, cut it out fast with a knife and scissors, then go pose with it at sunset.” As he sets up each image, Marshall always manages to incorporate his own silhouette into the scene.