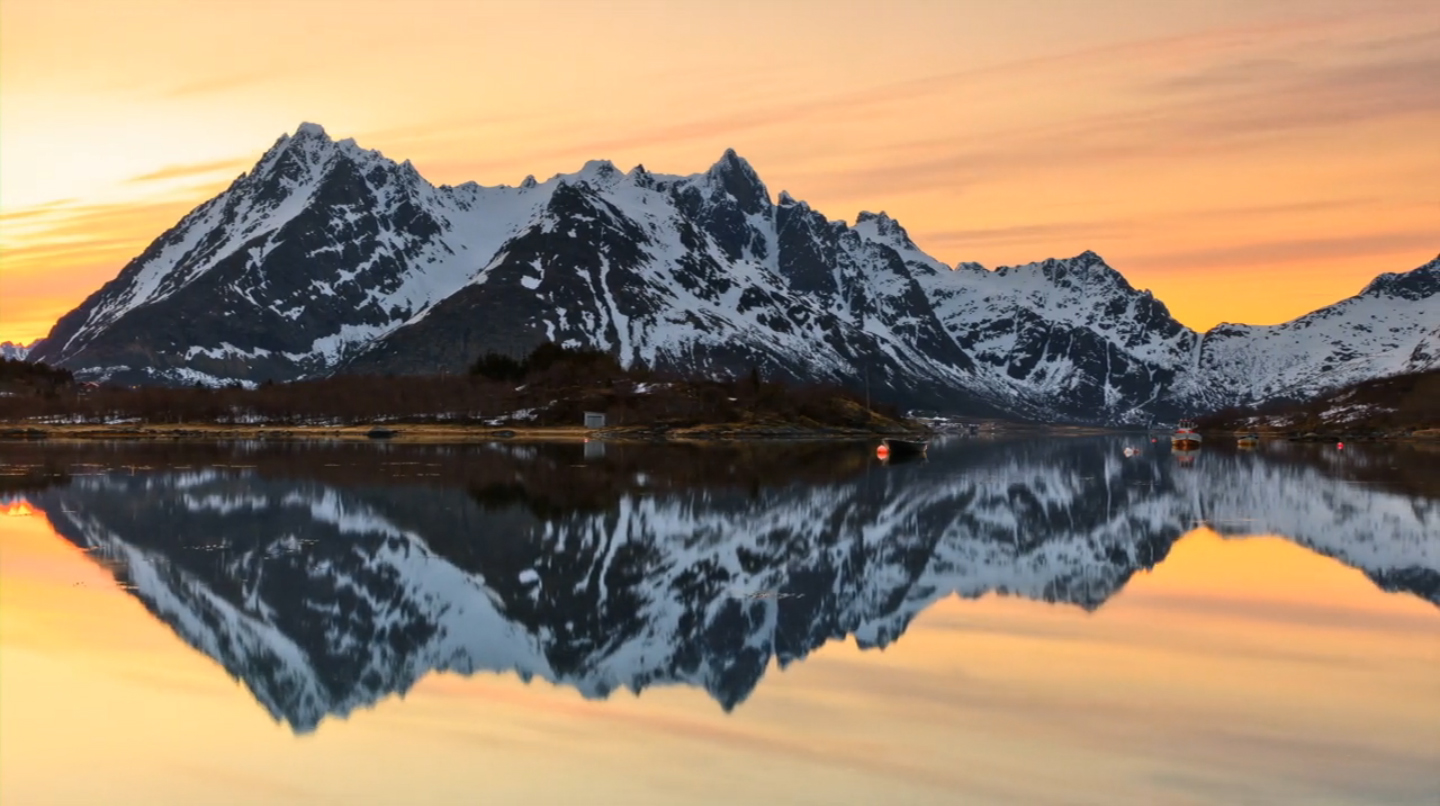 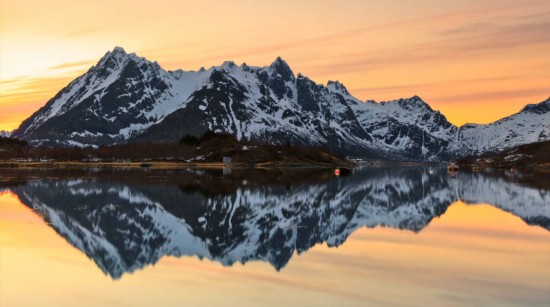 This was filmed between 29th April and 10th May 2011 in the Arctic, on the archipelago Lofoten in Norway.

“My favorite natural phenomenon is one I do not even know the name of, even after talking to meteorologists and astrophysicists I am none the wiser.What I am talking about I have decided to call The Arctic Light and it is a natural phenomenon occurring 2-4 weeks before you can see the Midnight Sun.” 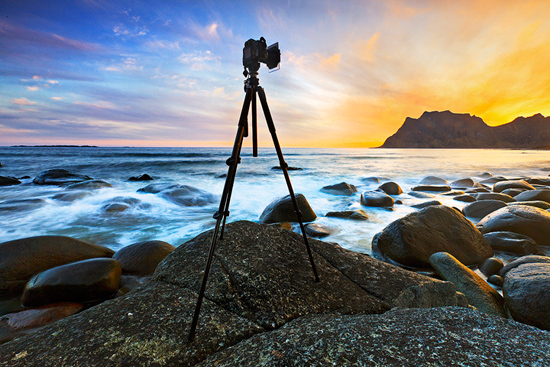 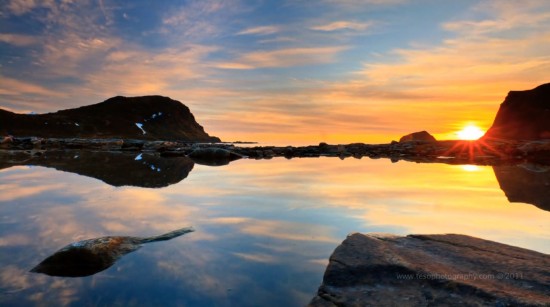 “The Sunset and Sunrise are connected in one magnificent show of color and light lasting from 8 to 12 hours. The sun is barely going below the horizon before coming up again. This is the most colorful light that I know, and the main reason I have been going up there for the last 4 years, at the exact same time of year, to photograph. Based on previous experience, I knew this was going to be a very difficult trip. Having lost a couple of cameras and some other equipment up there before, it was crucial to bring an extra set of everything. I also made sure I had plenty of time in case something went wrong. If you can imagine roping down mountain cliffs, or jumping around on slippery rocks covered in seaweed with 2 tripods, a rail, a controller, camera, lenses, filters and rigging for 4-5 hour long sequences at a time, and then having to calculate the rise and fall of the tides in order to capture the essence – it all prved bit of a challenge.” 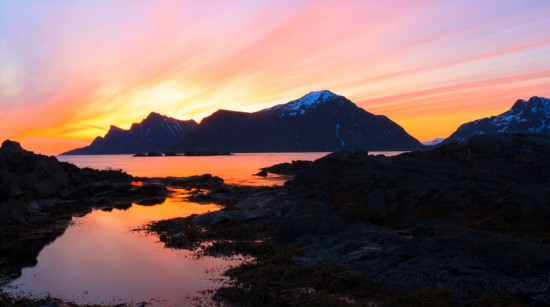 “And almost as if planned, the trip would turn out to become very difficult indeed. I had numerous setbacks including: airline lost my luggage, struggling to swim ashore after falling into the Arctic sea: twice, breaking lenses, filters, tripod, computer, losing the whole dolly rig and controller into the sea, and even falling off a rather tall rock and ending up in the hospital. As much as I wanted to give up, the best way Out is always “Through”. I am glad I stuck it through though because there were some amazing sunrises waiting. At 1:06 you see a single scene from day to night to day.” 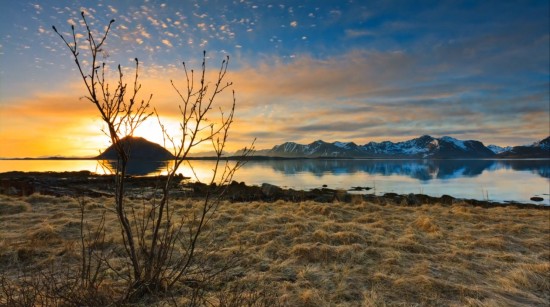 “I asked the very talented Marika Takeuchi to specifically compose and perform a song for this movie, and what she came up with is absolutely remarkable. Thank you very much Marika!” 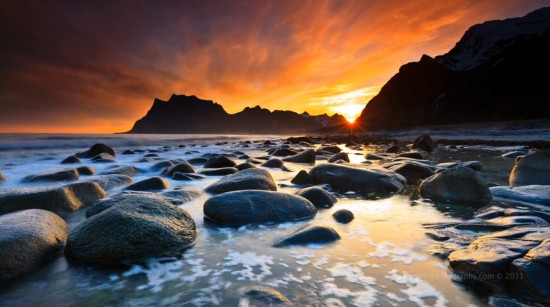