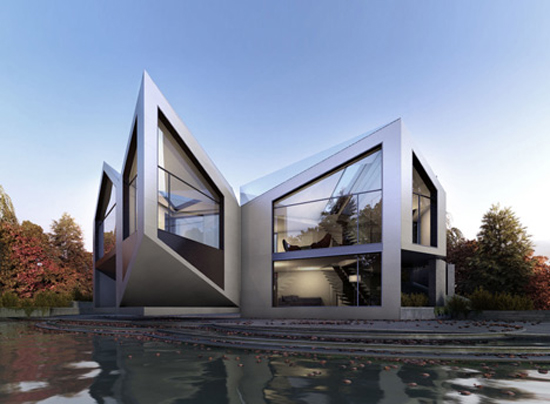 UK designers David Ben Grünberg and Daniel Woolfson have devised a concept for a shape-shifting house that morphs to deal with changing times of day, seasons and weather conditions (+ movie). 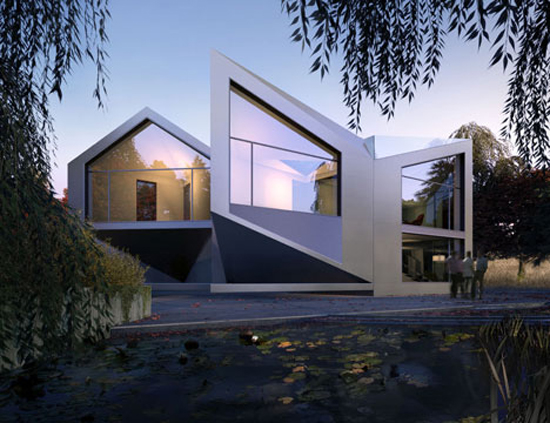 Woolfson and Grünberg launched The D*Haus Company to develop the concept for the experimental house, which would fold into different configurations so that it can take on up to eight different shapes. 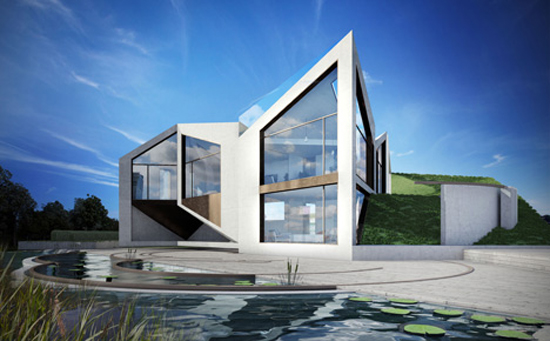 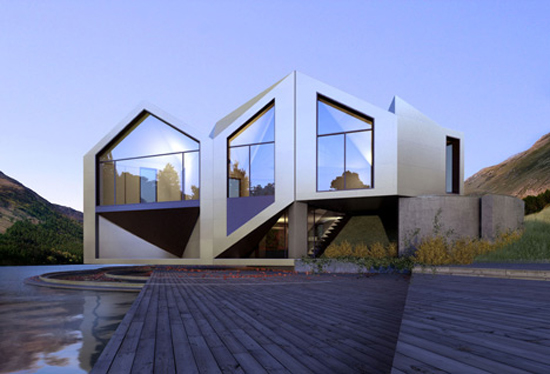 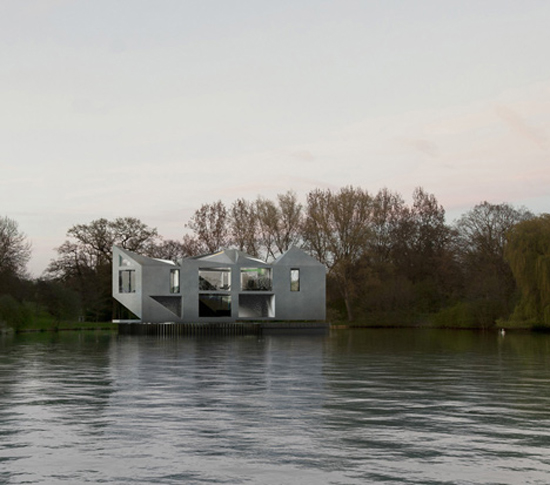 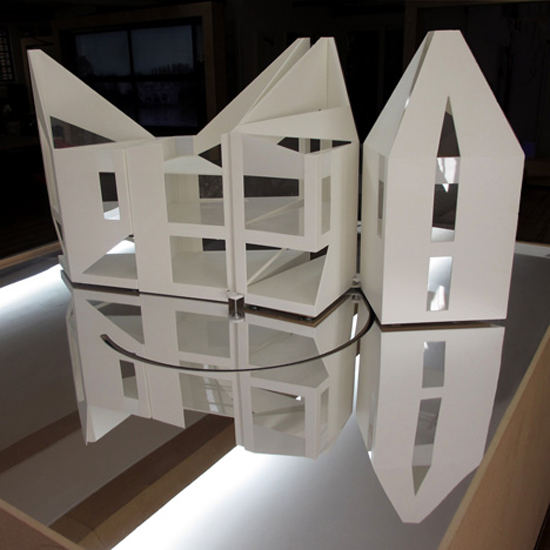 The house was first conceived as part of Grünberg’s graduation project. “It was originally devised as a home for Lapland to deal with extreme temperatures,” Woolfson told Dezeen. “Not many people know it, but they have warm summers and also really cold winters.” He went on to explain how they’ve since developed the concept so that the house could be used anywhere in the world.

The designers developed the form of the house around the mathematical formula calculated by Henry Dudeney to transform an equilateral triangle into a square, which splits the building into four separate modules.

Rooms would fold out on rails so that interior partitions become exterior walls during warmer seasons, plus the whole building would also be able to rotate to follow the direction of the sun across the day. “We’re still deciding how it would work in reality,” said Woolfson.