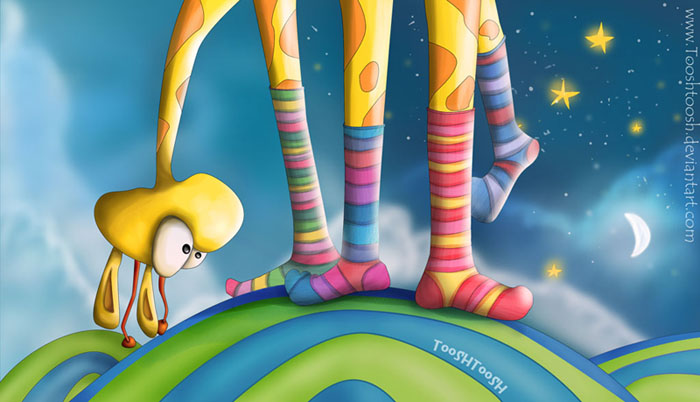 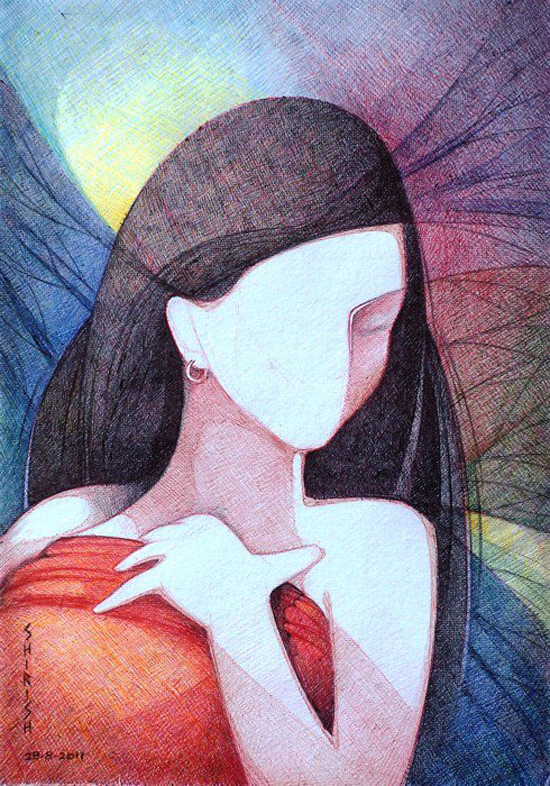 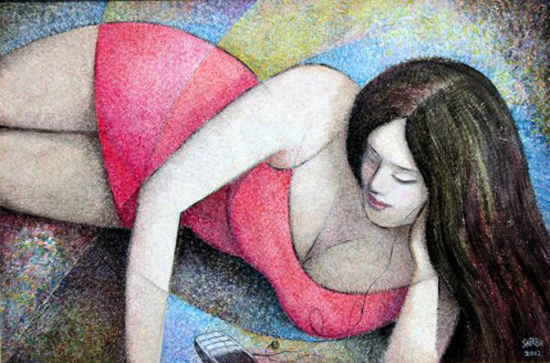 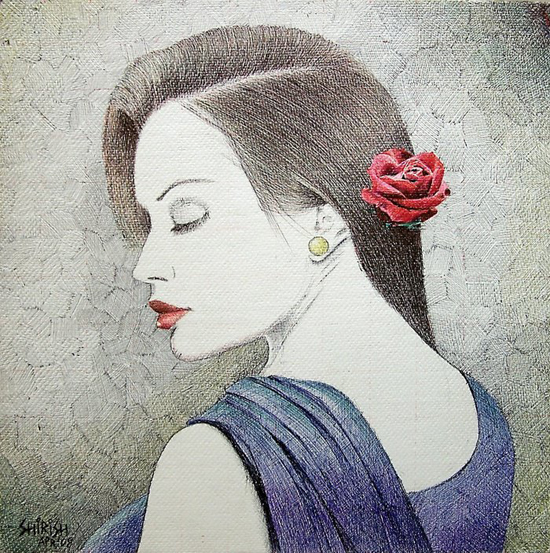 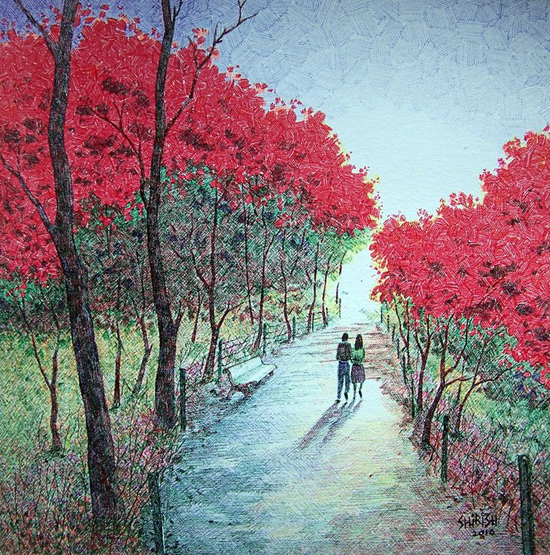 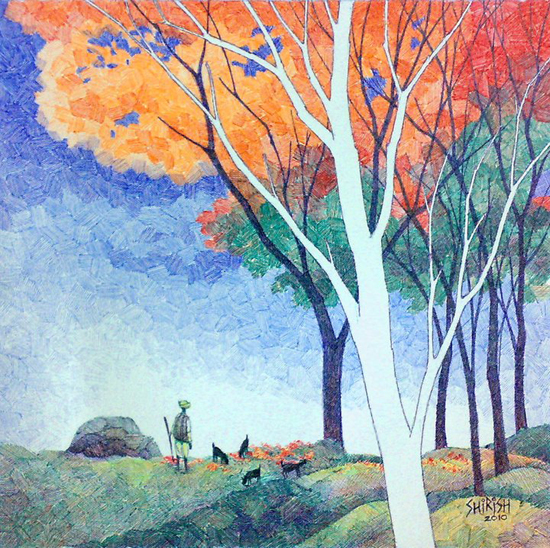 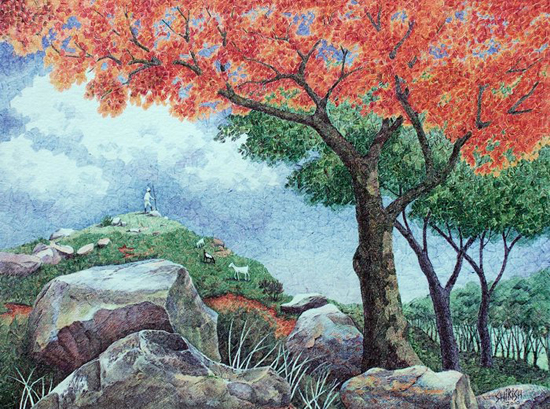 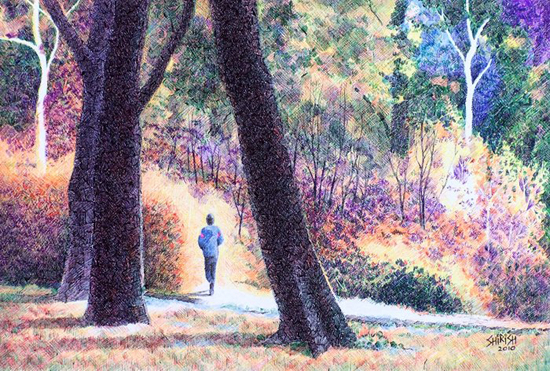 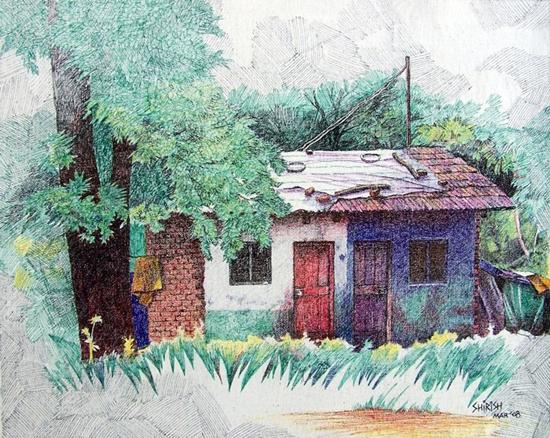 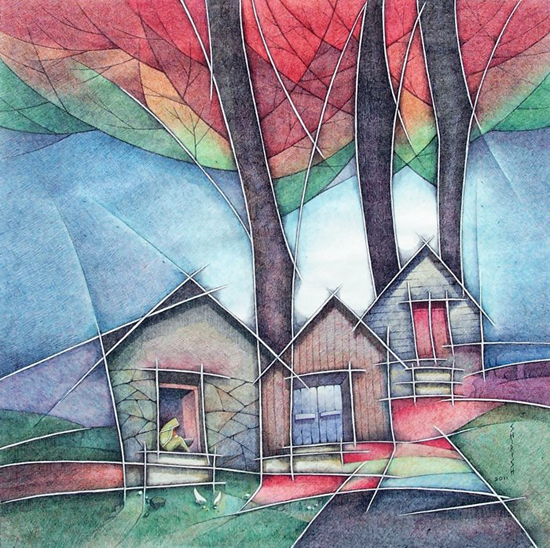 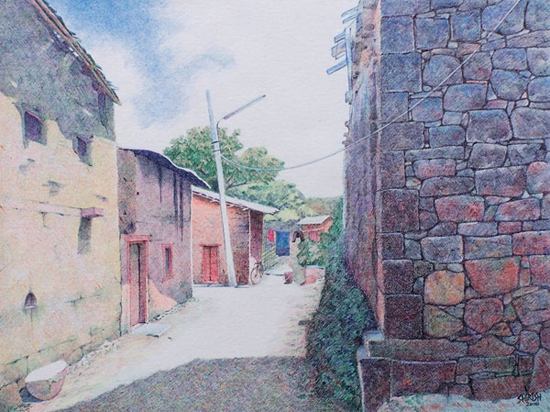 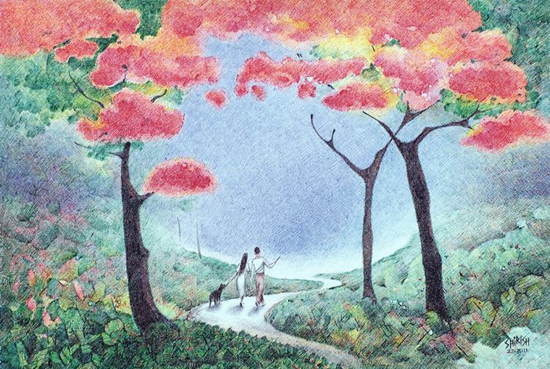 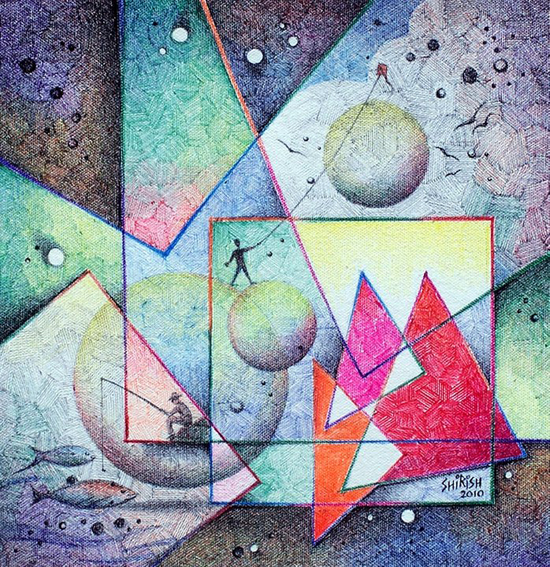 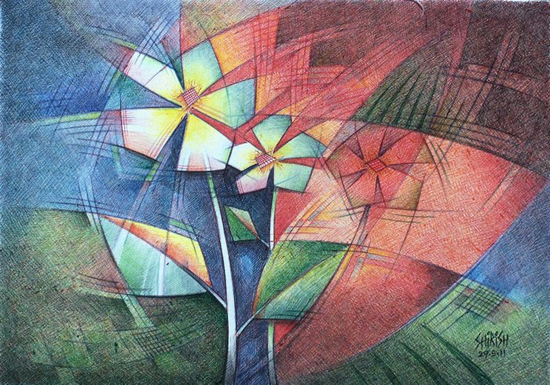 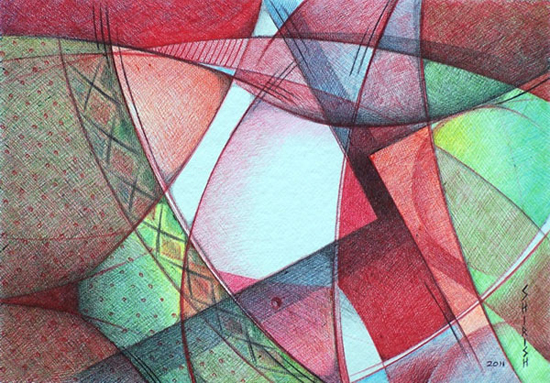 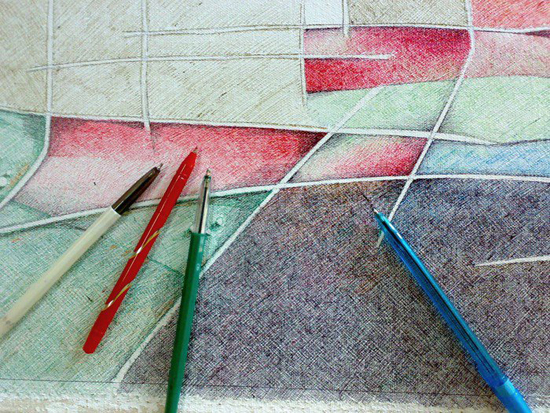 Shirish Deshpande considers Art as food for the soul. It encompasses his whole being and saturates the soul. As an artist the process of creating an artwork is important to him but he refuses to accept the limitations imposed by rules.

One day, he picked up a multi-coloured ballpoint pen and started hatching. Several layers and one and-a-half days later, he finished his first ballpoint pen ‘painting’. Unlike paint, where one stroke covers a large area, the ballpoint pen builds a painting stroke by stroke. There is no scope for correction. Once a stroke is made nothing can cover it, it cannot be erased. Each stroke has to be perfect.

It is hard to believe that a tool as mundane as the ballpoint pen has been used to create such detailed artwork, where every feature stands out with startling complexity. The cross hatched strokes are confident, and admiration for the artist only increases when one realises the amount of work that must have been put into each seemingly simple drawing.
Shirish Despande lives and works in Belgaum, Karnataka.