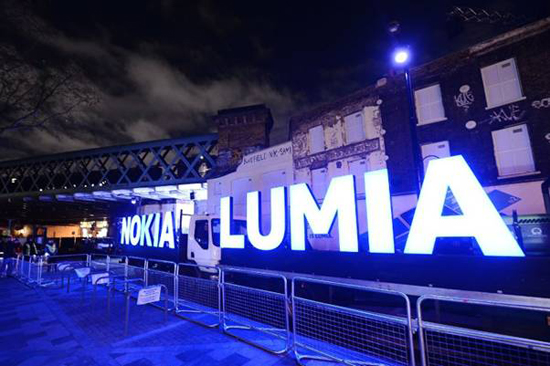 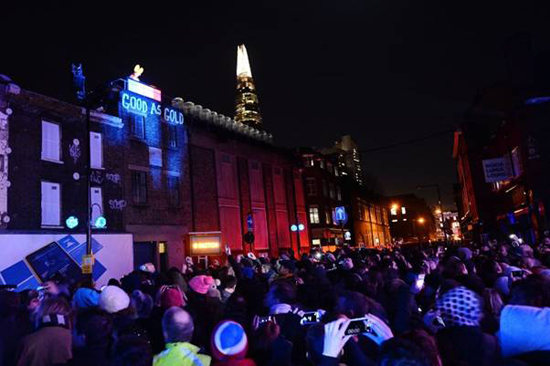 Nokia + Deadmau5 have smashed it once again to produce an ‘out of this world’ light and music spectacular. 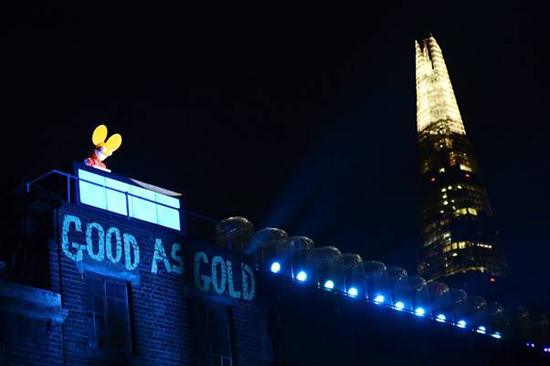 The pair promised to take fans to a whole new level to celebrate the launch of the new Nokia Lumia handsets- and they didn’t disappoint.

The entire London square was on Wednesday night plunged into darkness as Deadmau5 produced an epic audio-visual extravaganza with technical wizardry.

Thousands flocked to the capital to be a part of the must-see event of the year. ‘This is Lumia’ was nothing short of ground-breaking, blowing last year’s music experience out of the water.

Every inch of the Flat Iron Square, from the windows and bins, came alive in a stunning set of bright lights, pulsing to the backbeat of Deadmau5. As the music started, the advanced technology played like a musical instrument, transforming the street into a kaleidoscope of colours whilst the superstar DJ performed on top of a roof in his trademark costume mouse head.

Meanwhile, @deadmau5 said: “Playing Millbank Tower was an incredible experience, so it’s great to be back in London to team up with Nokia again. The new show was a totally different concept from last year, but equally inspiring and technically challenging.”

Conor Pierce, VP for Nokia said: “We see the Lumia 920 as one of the most exciting phones we have launched at Nokia, it includes some truly ground-breaking innovations: Wireless charging, a screen that automatically adjusts its colour and brightness, depending on sunlight, a touchscreen that even works when you’re wearing gloves and best of all it’s a beautiful device; like the ‘This is Lumia’ event the 920 looks just awesome.”

Check out the video of the gig below and head over to our Facebook page to let us know your thoughts!