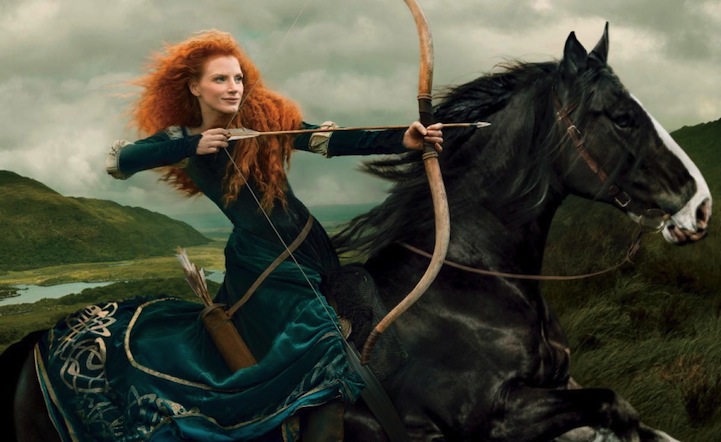 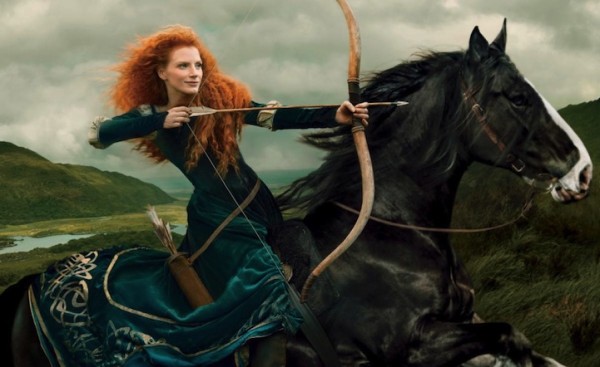 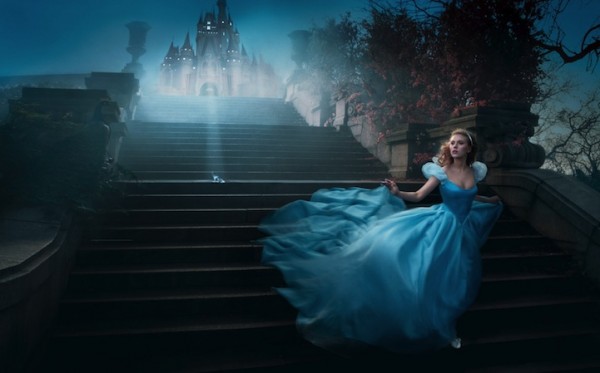 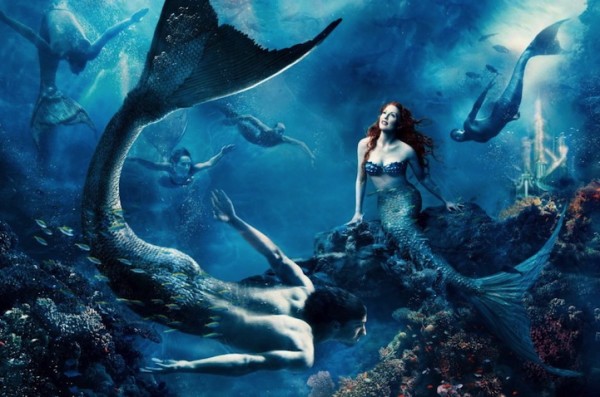 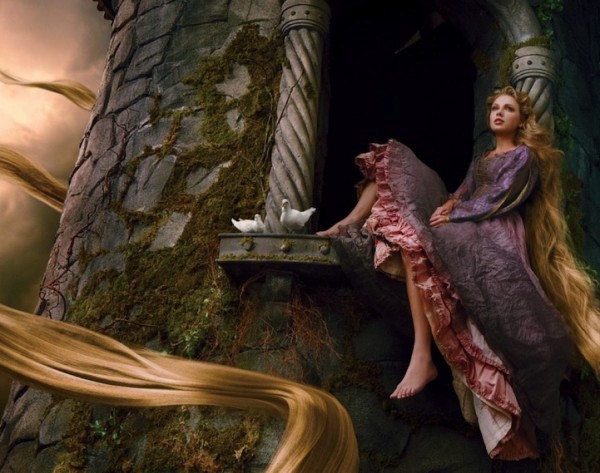 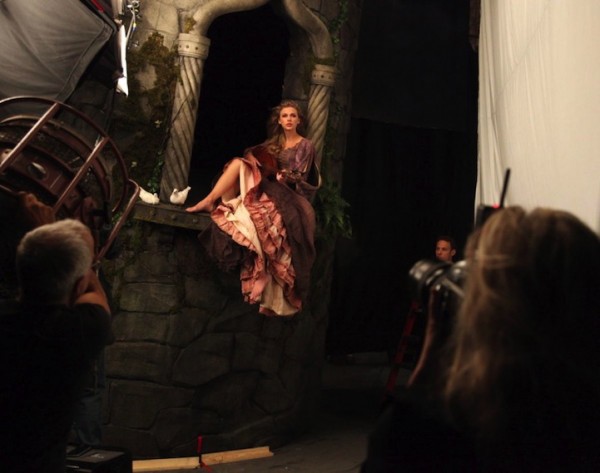 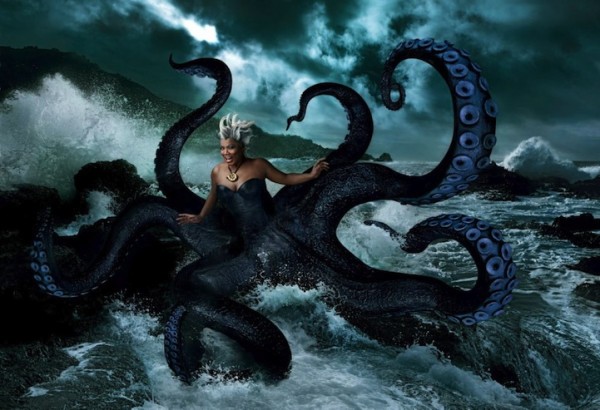 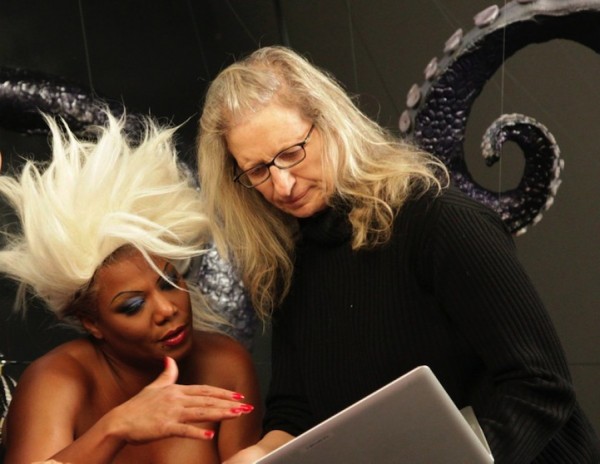 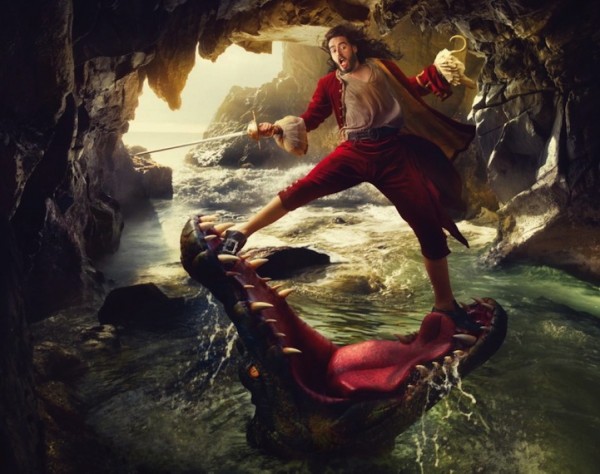 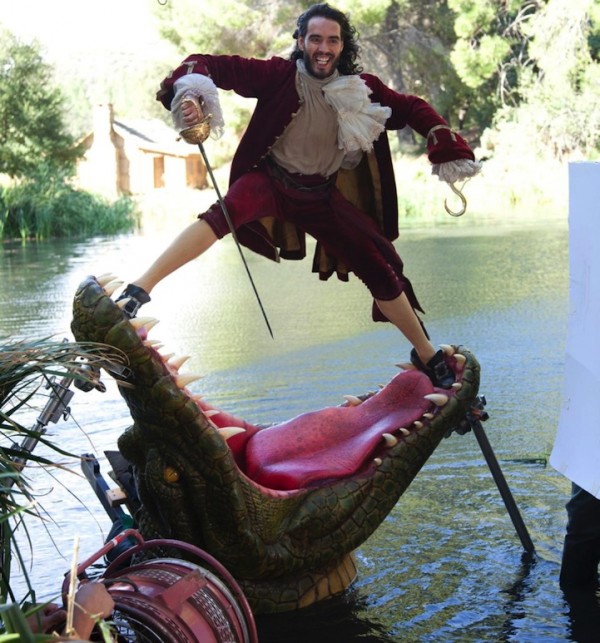 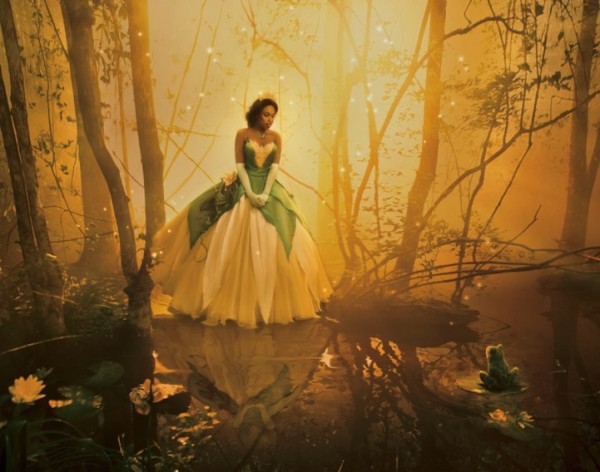 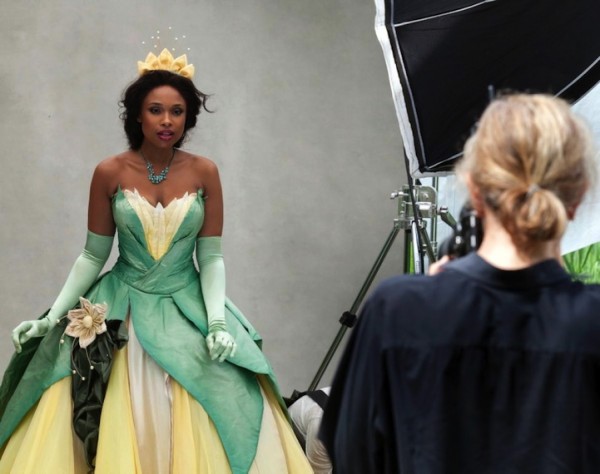 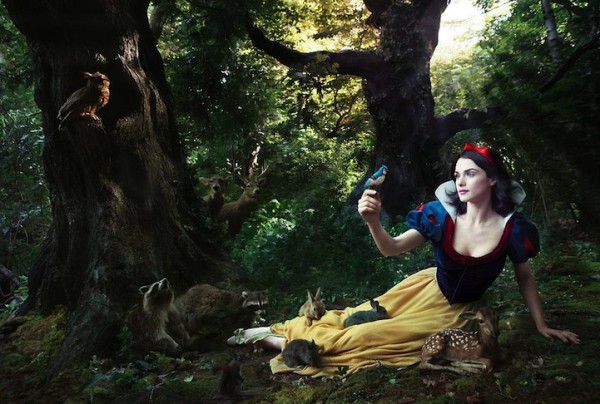 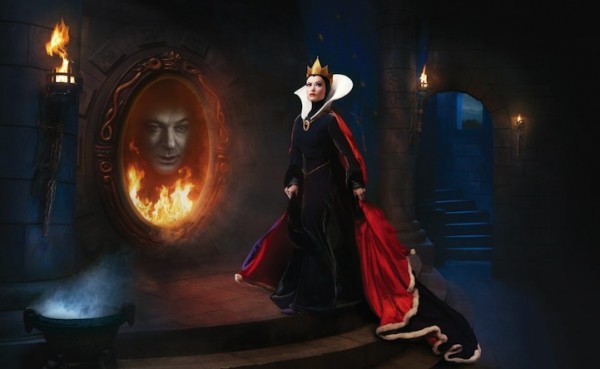 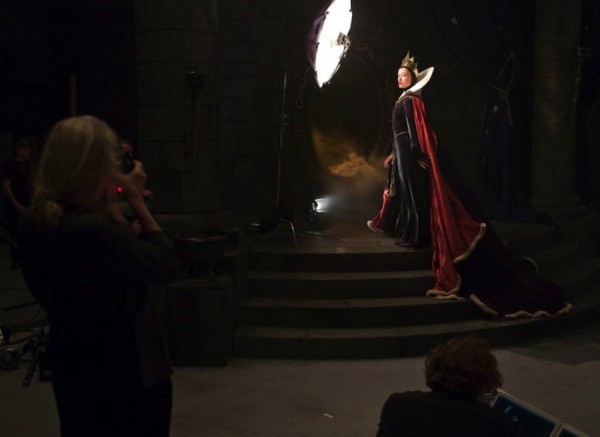 World renowned photographer Annie Leibovitz has been capturing shots of celebrities as popular Disney characters for years, as part of her ongoing collection of Disney Dream Portraits. The latest addition to her portfolio of work is Academy Award nominated actress Jessica Chastain as the fiery-haired Merida from the animated feature film Brave.

Leibovitz’s series takes beloved cartoon characters from the classic Disney films and transforms them into live-action versions of themselves with the help of a few celebrities. While not all of the photographer’s renditions are direct copies of their cartoon counterparts, they offer a sense of magic and fantasy come to life.