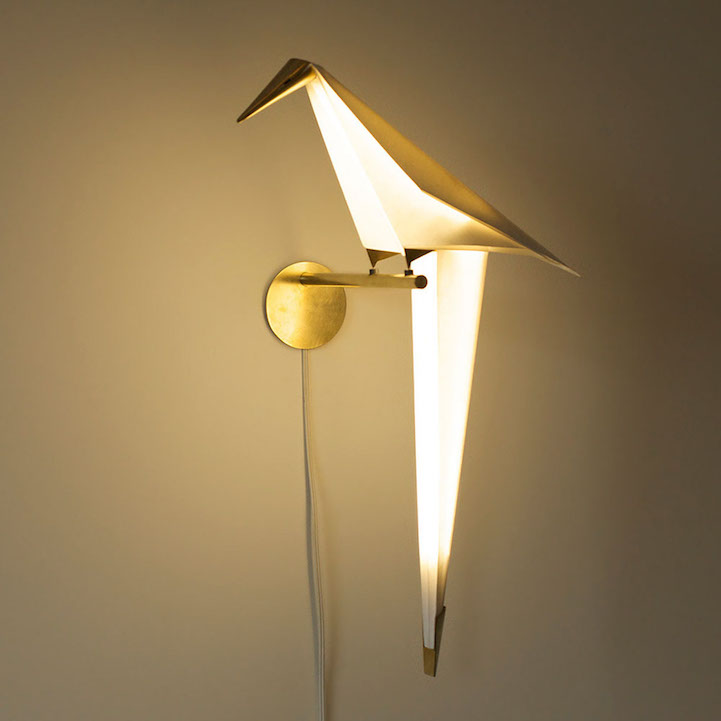 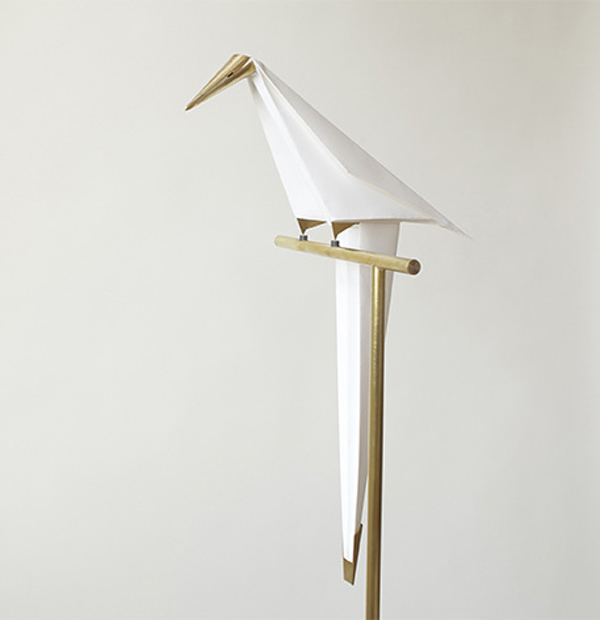 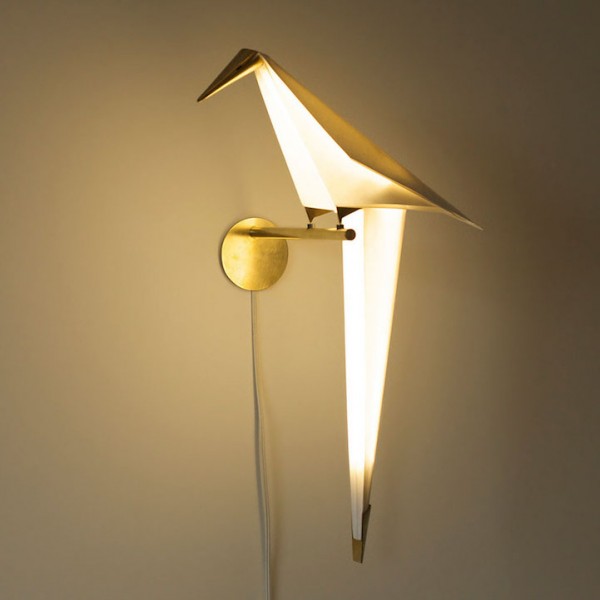 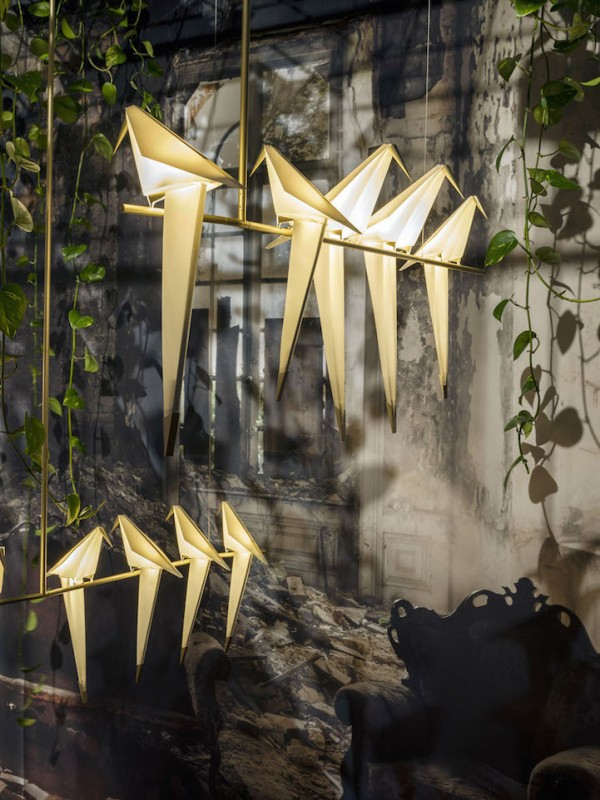 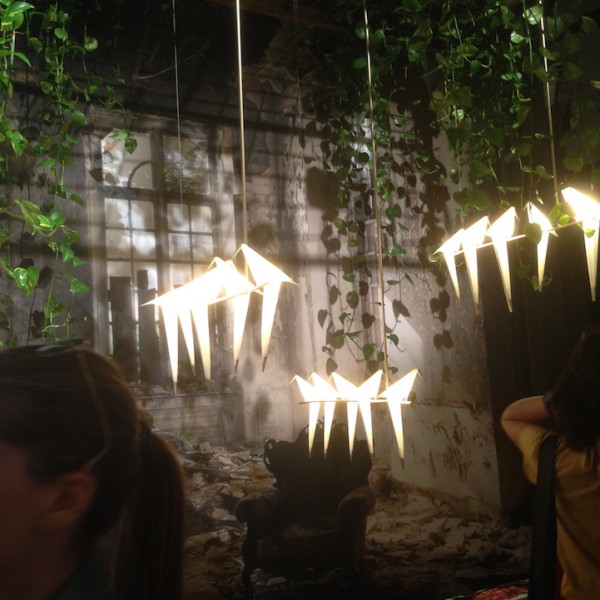 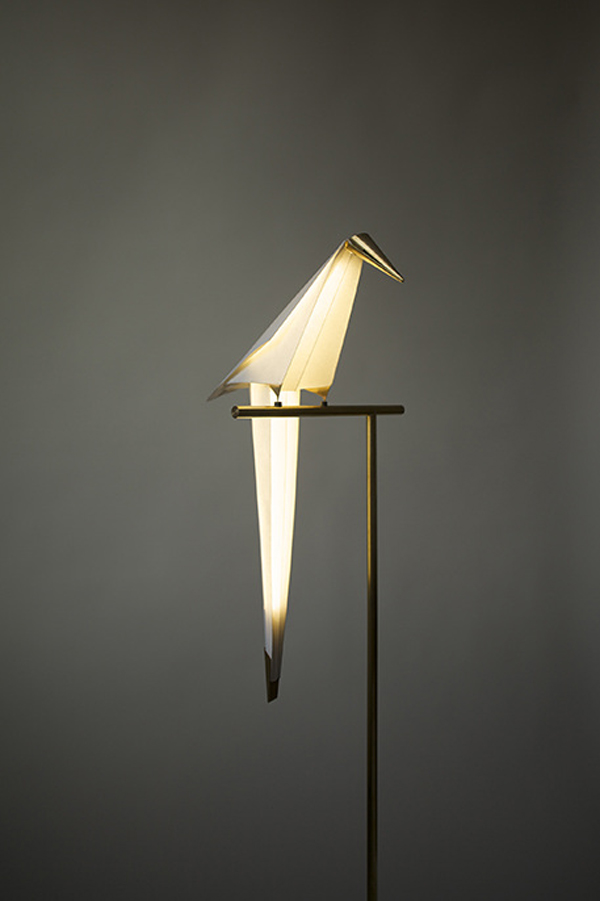 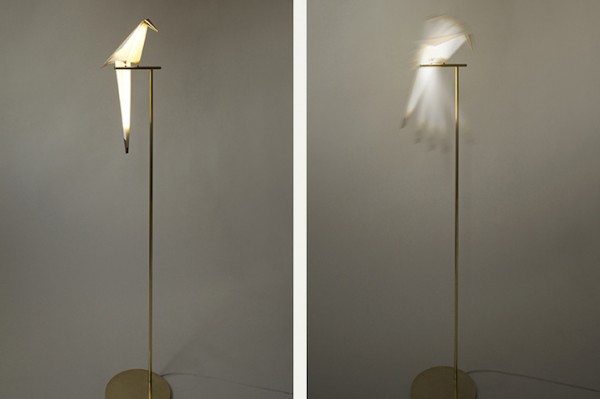 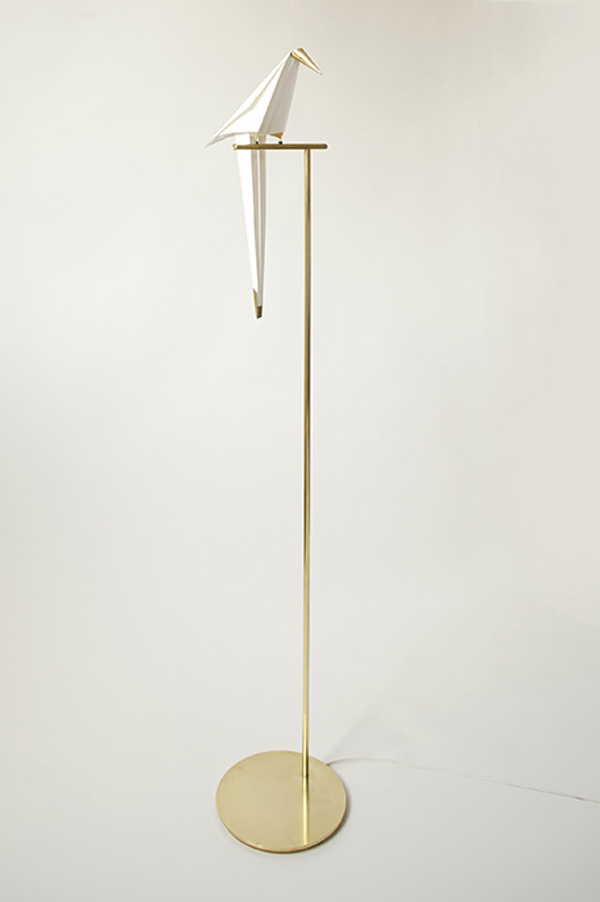 At first glance, London-based architect and designer Umut Yamac’s Perch Light series looks like carefully folded pieces of origami art. However, they’re fully functional lamps that invite viewers to touch them. The simplicity of the life-size “paper” bird sculptures are, in Yamac’s own words, poetry. Turn the lights down low and watch the birds glow from the inside out. This is origami as you’ve never seen it before.

Each stylized bird is a combination of synthetic paper, brass, and steel. For the launch of the project in 2014, Yamac balanced his angular birds delicately on a perch, so they could rock back and forth naturally with the wind or from a finger’s touch. It’s the contact with the perch that illuminates the bird, allowing luminescence without the scraggly mess of cables and wires. With just a bit of motion, the birds have a temporary animated spirit to light up any room.