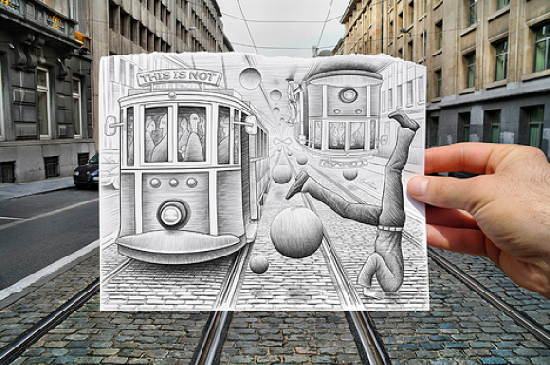 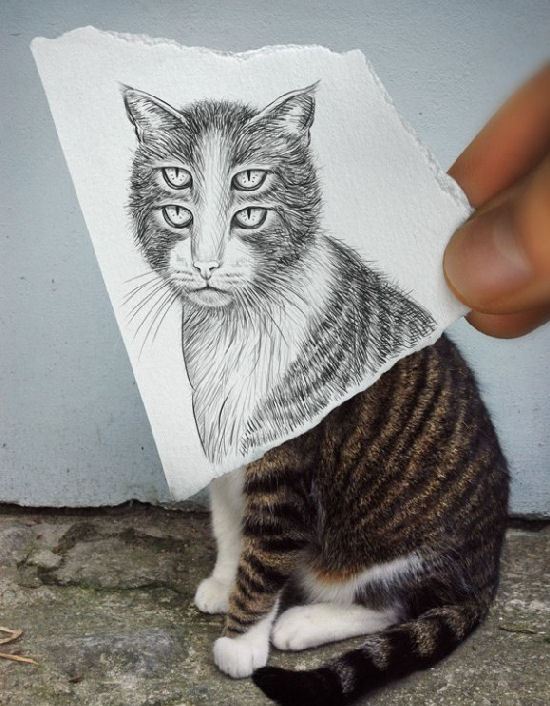 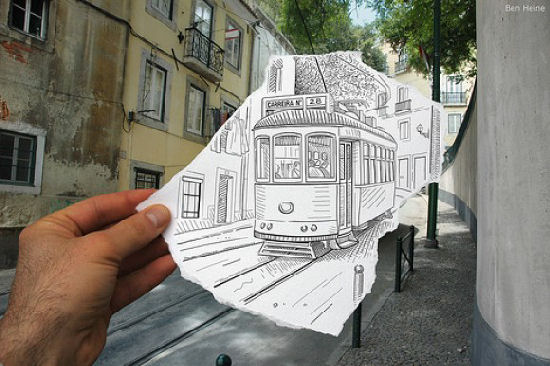 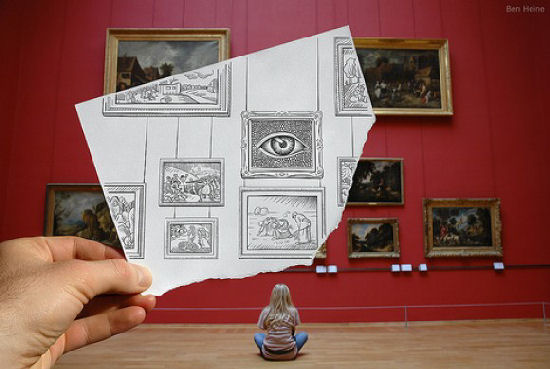 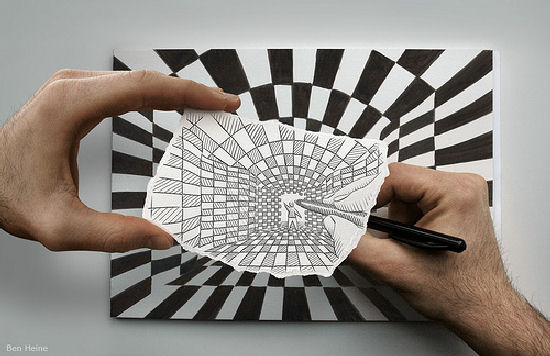 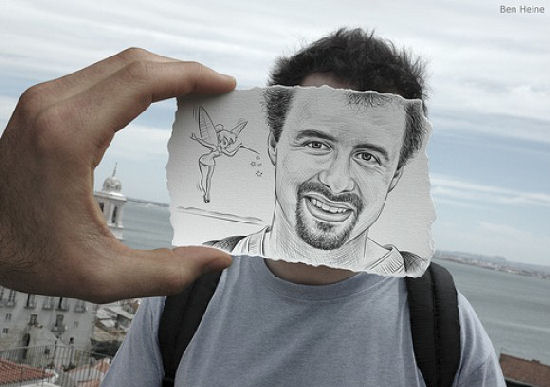 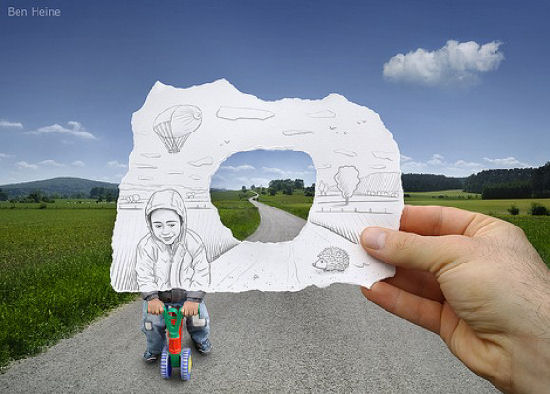 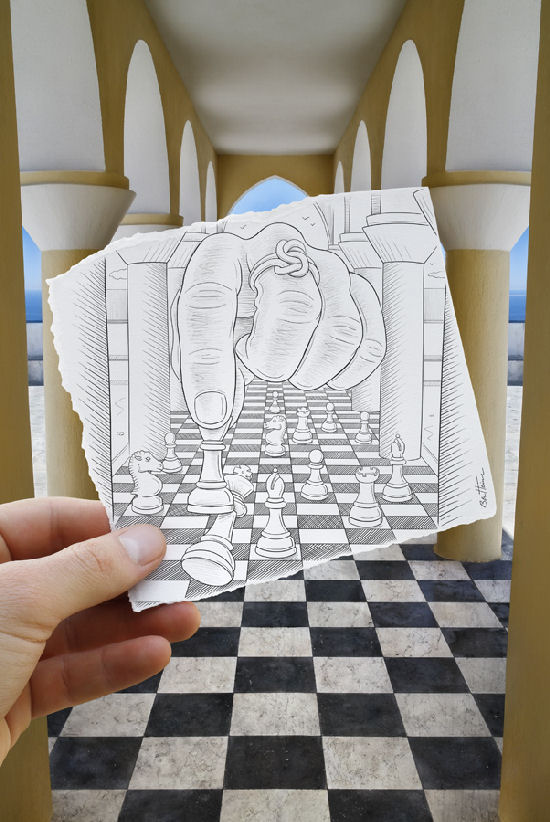 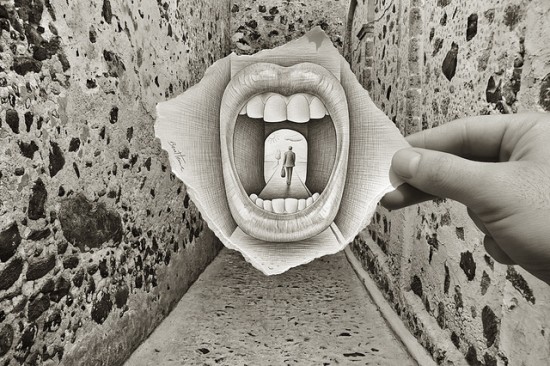 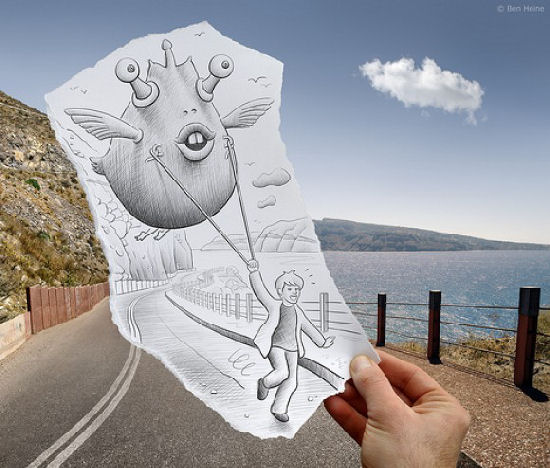 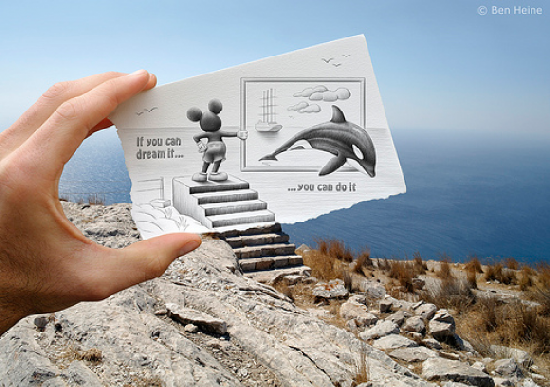 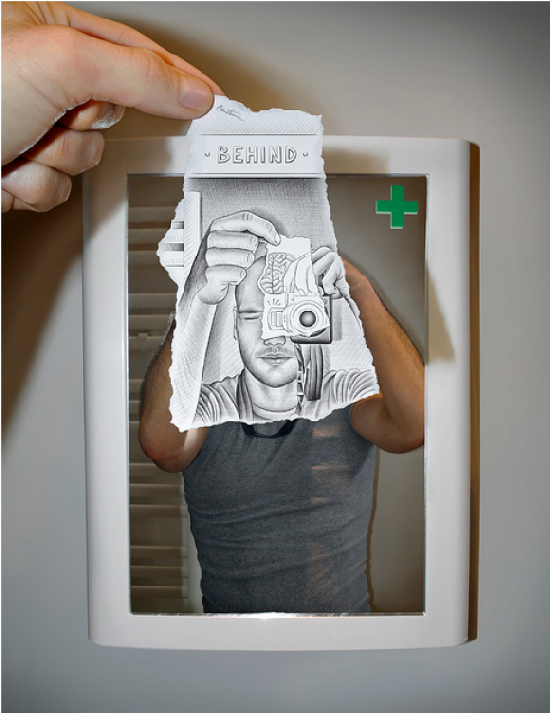 “This « Pencil Vs Camera » series is nothing but the result of several years of graphic exploration and a logic consequence of my artistic evolution. But the real idea came while I was watching television and writing a letter at the same time a few weeks ago. Reading my letter before putting it in the envelope, I saw in transparency the television behind the paper. I then realize it would be great to make something similar in a single image showing 2 different actions.”