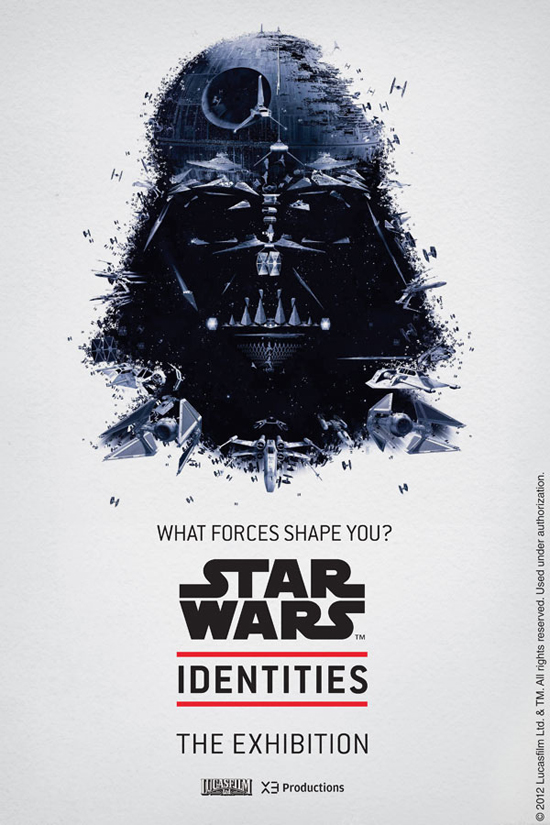 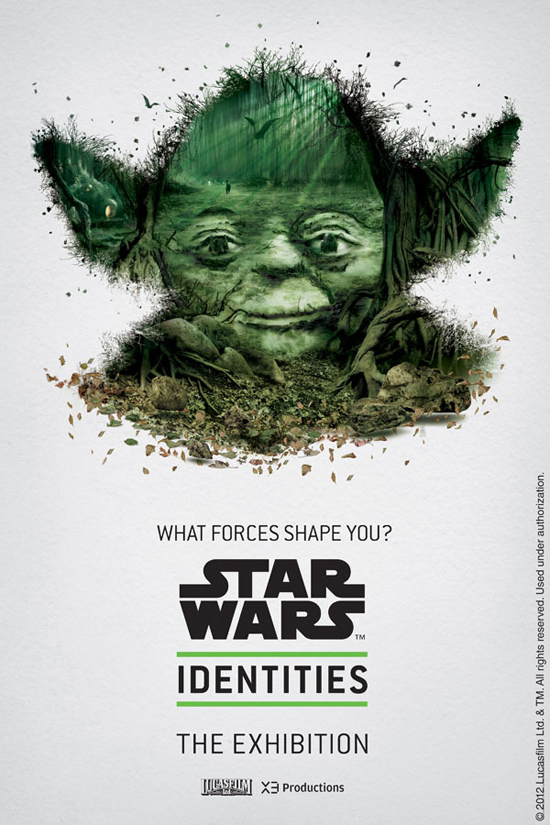 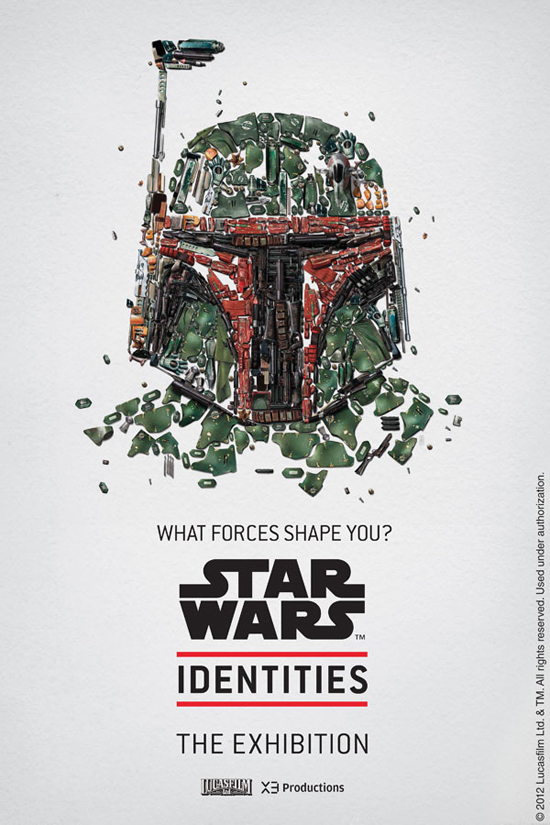 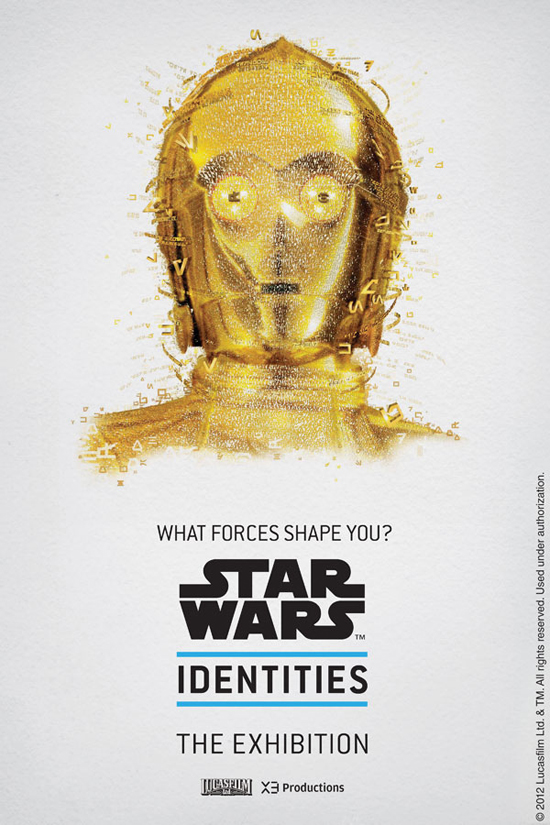 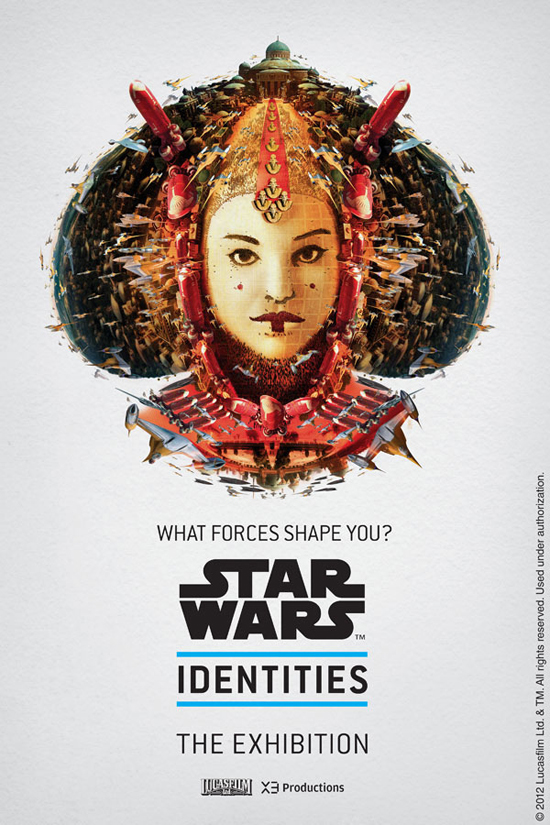 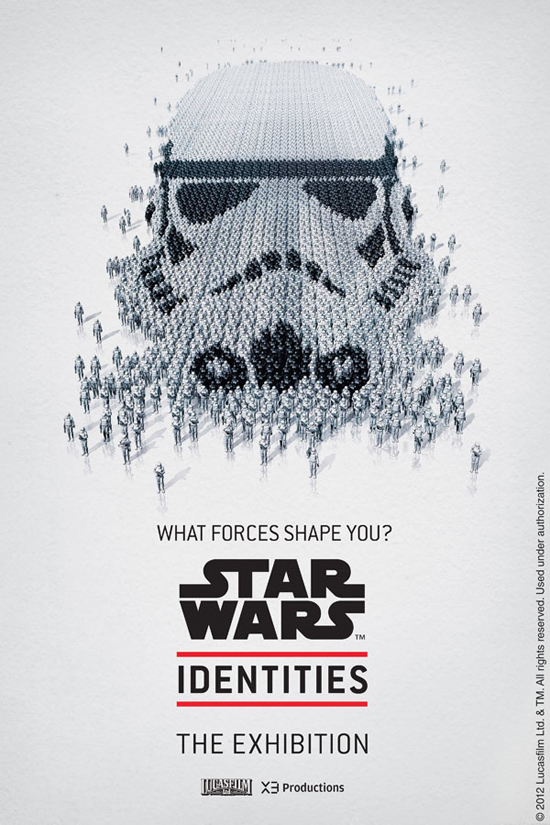 
Star Wars Identities explores the theme of identity via ten components that help shape who we are. According to current scientific research, these are our: species, genes, parents, culture, mentors, friends, marking events, occupation, personality, and values. These ten components are grouped into the exhibit’s three main areas or subthemes, which follow the progression of identity from childhood to adulthood: first Origins, then Influences, and finally Choices.

Using the Star Wars films as a lens through which to explore these themes and components of identity, the visitor learns more about their favorite Star Wars characters, and also something about themselves in the process. The exhibit follows the story arcs of Luke and Anakin Skywalker: two heroes who share similar genes, were raised on the same planet, but whose choices in life took them along very different paths. At the same time, a unique interactive “identity quest” allows visitors to put themselves at the center of the action and design their own Star Wars hero identity as they make their way through the exhibit.

Canadian ad agency Bleublancrouge has created several new character portraits for the campaign.
Given the exhibit’s theme of identity, or “the forces that shape us,” the illustrations draw inspiration from each character’s individuality — what it is that makes them unique or the things and events that shaped them along the way.