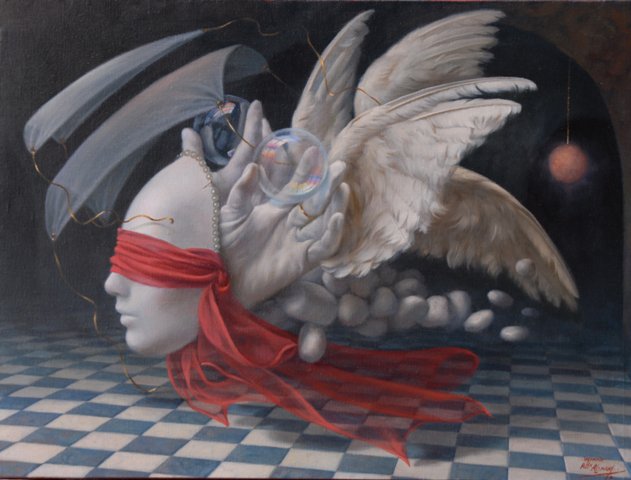 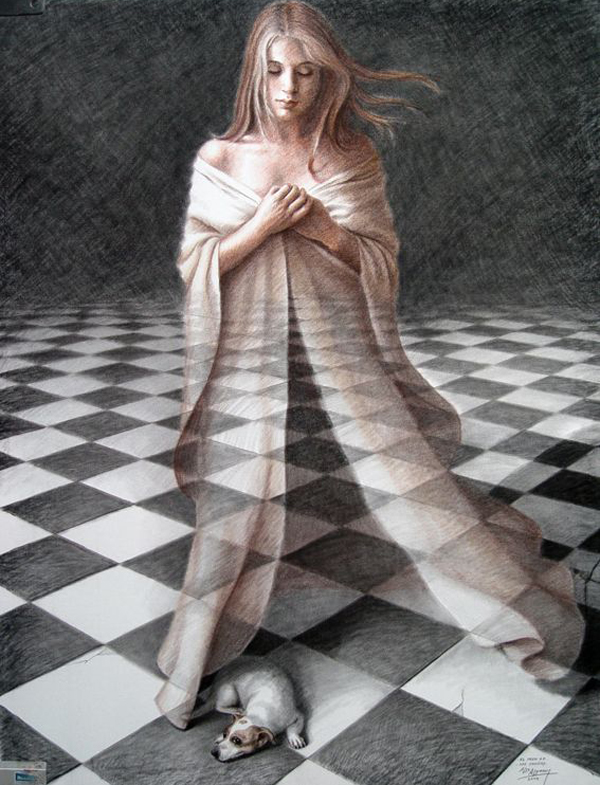 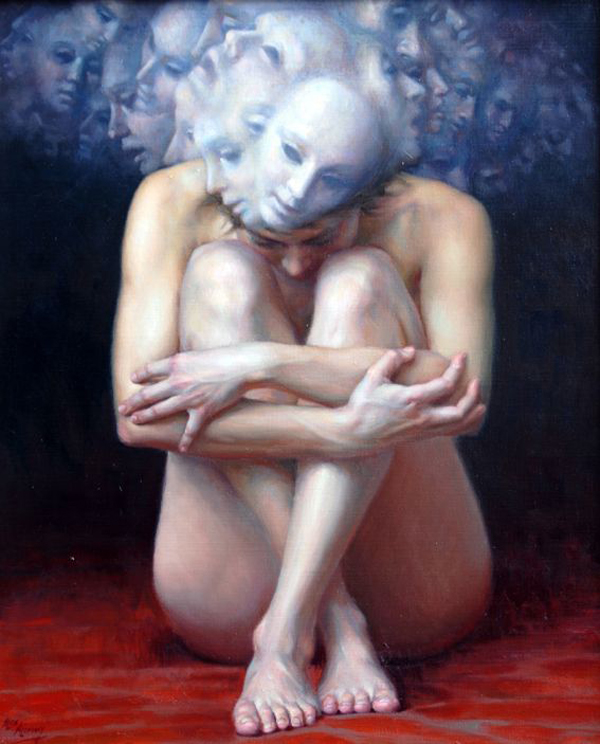 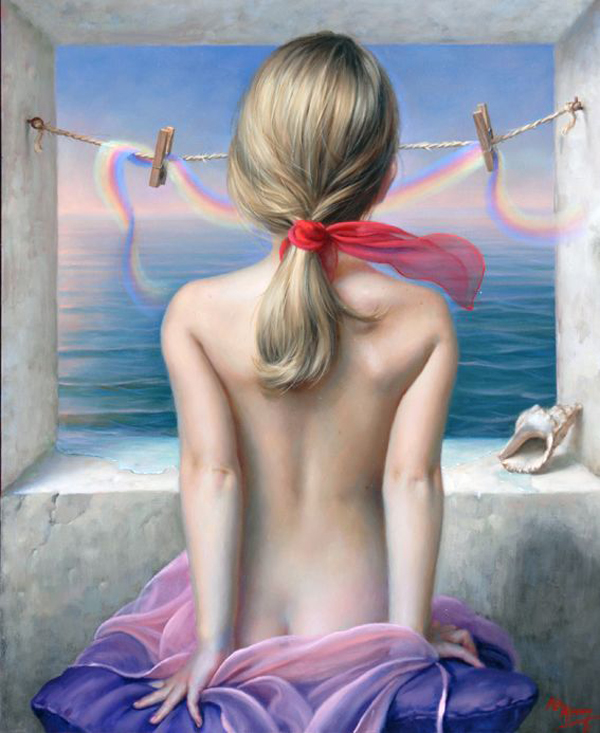 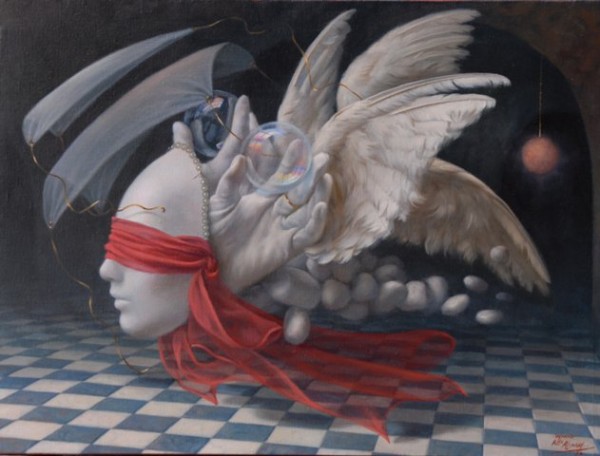 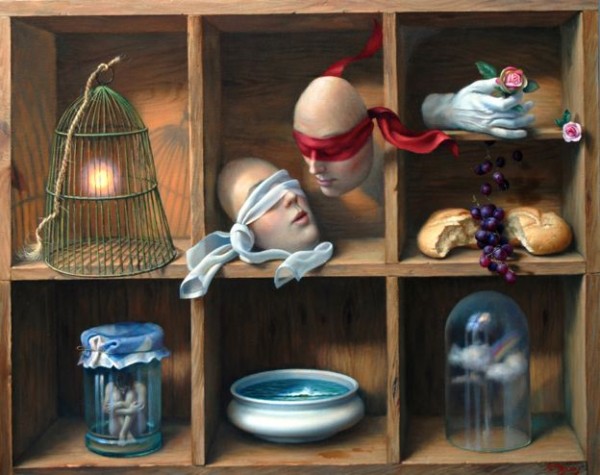 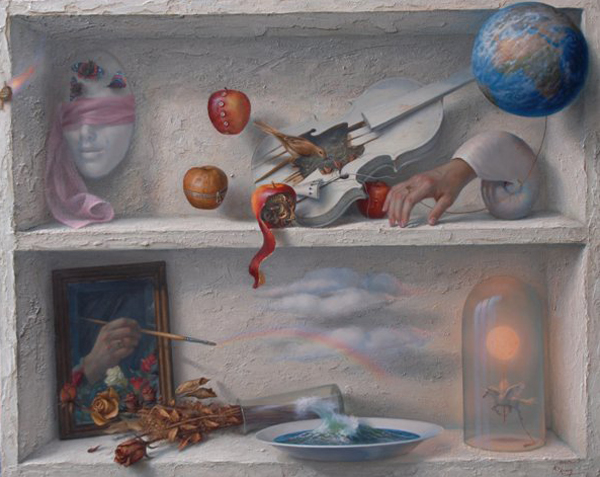 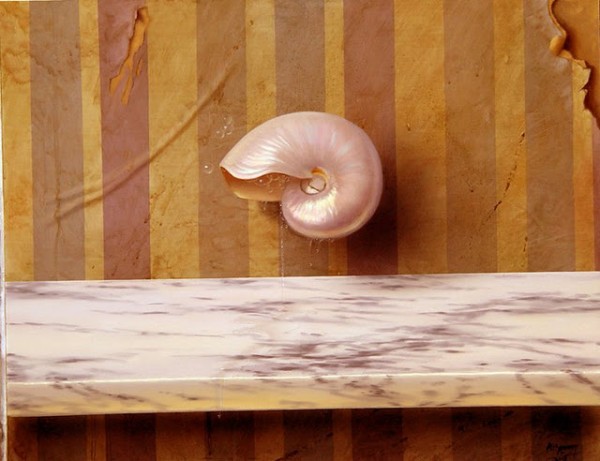 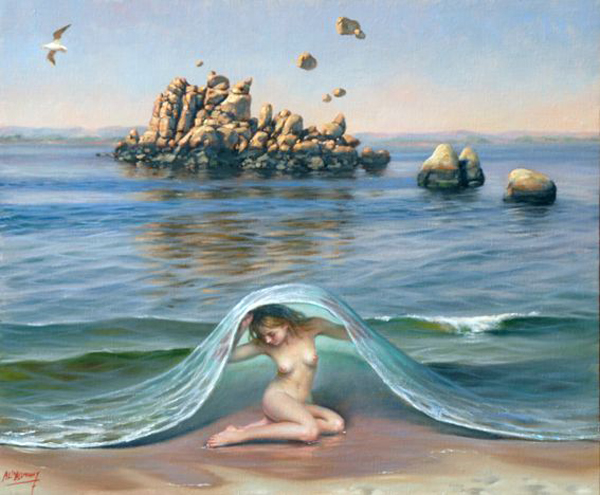 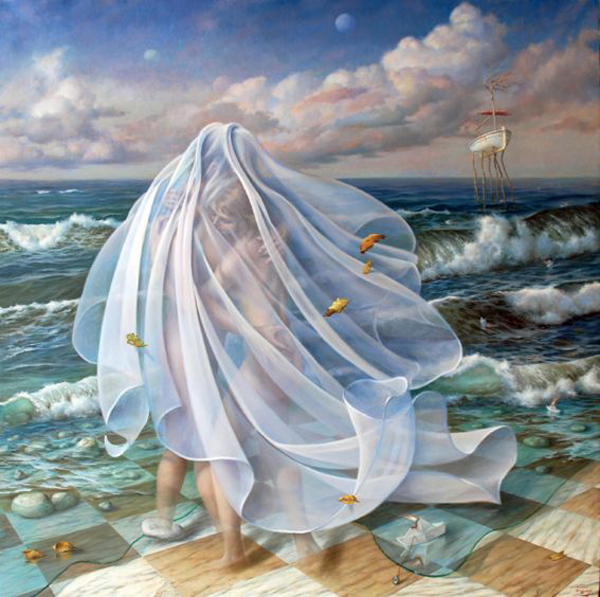 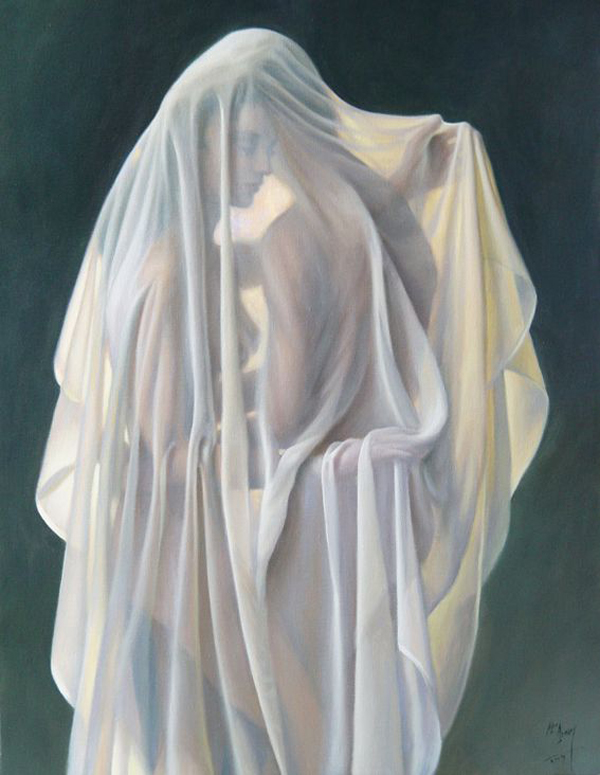 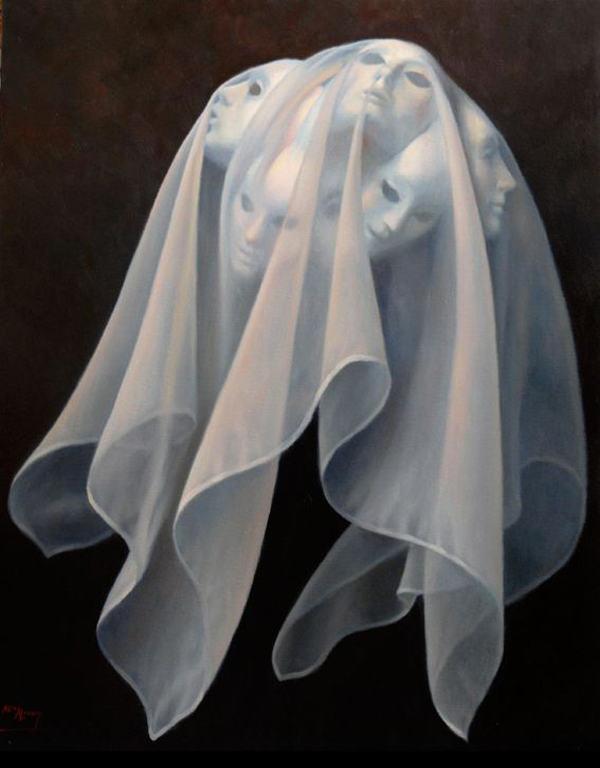 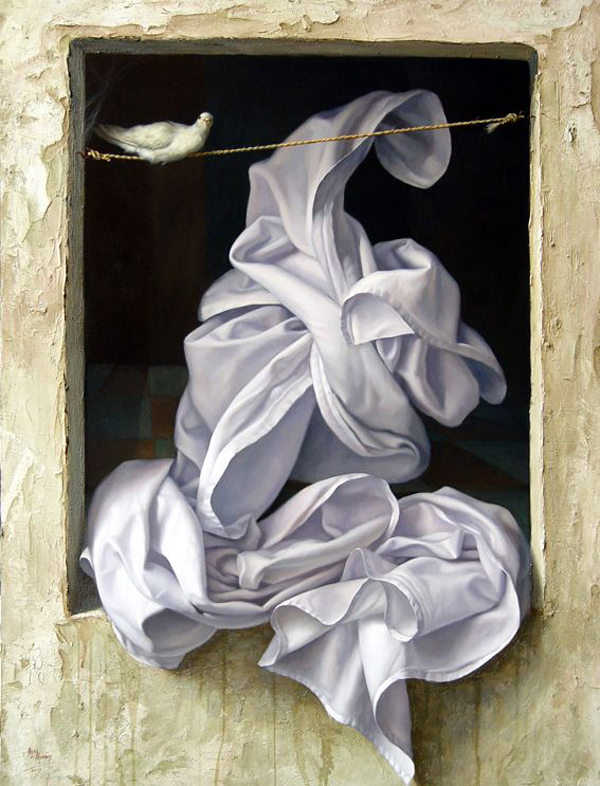 Alex Alemany’s realism (and in some of his work, his hyper-realism) kept drifting towards an unmistakable style of his own resulting from personal introspection, gradually becoming more and more distant from the coldness of other realist concepts with a strong influence of photography as American realism was.Alemany’s work is the missing link between poetry and painting. Exploring his own sensations, feelings and concepts, he conveys them with the credibility of his precious technique, enabling us to participate in the climate of his painting, and to identify with the things he wants to tell us through his work, metaphoric poetry, subconscious images and oneiric world.
Denoting deep poetic content, the elements and shapes of his works are treated with “poetic licence” and the symbolism used is so subtle that it captures the viewer, stimulating his capacity to interpret. This is work which can produce any effect, except indifference, and the language used contributes to a richer interpretation. His eclectic aspirations led him to sporadic incursions into other styles: formalistic compositions, social painting, expressionism, etc…
Through his work, we can find many portraits showing us his love for the human figure. Even in this difficult way of painting, Alex Alemany has been able to include the poetry of his work, giving the portrait not only the physical aspect of the human being but also the personality and the psychological profile, far from the “academic portrait”.