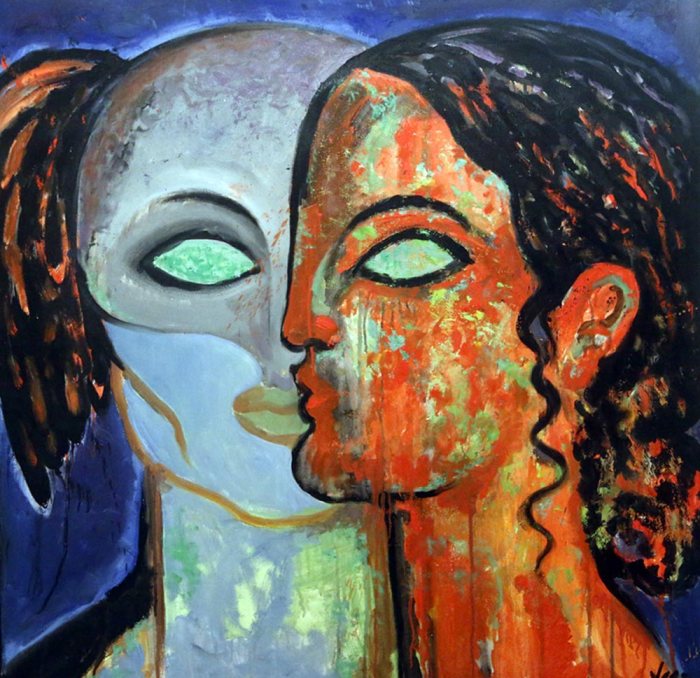 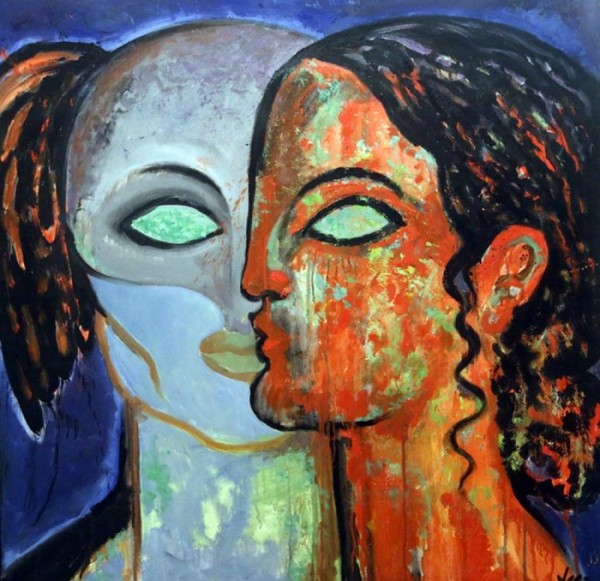 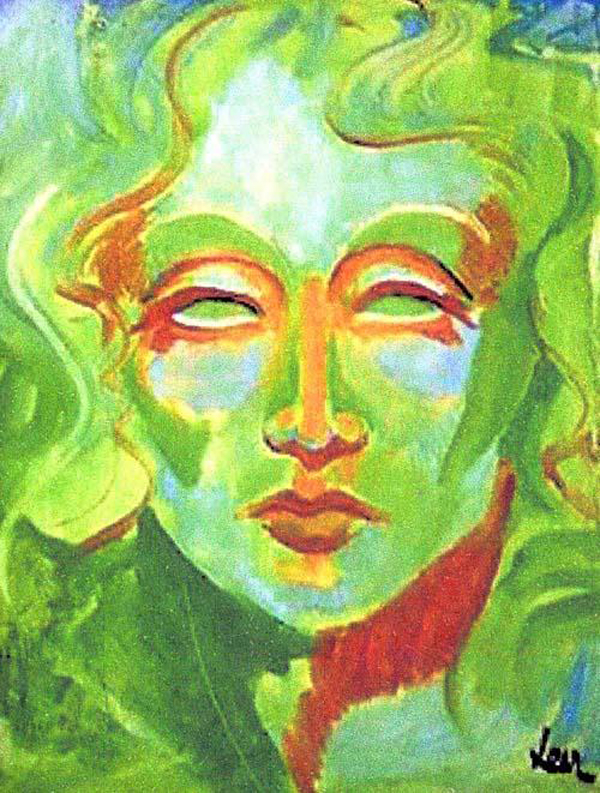 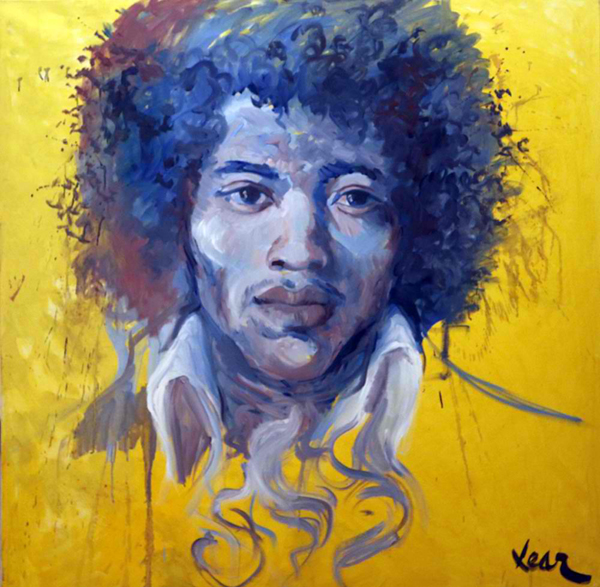 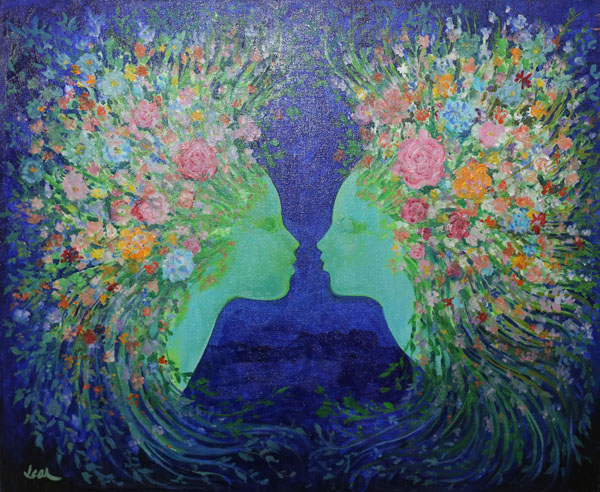 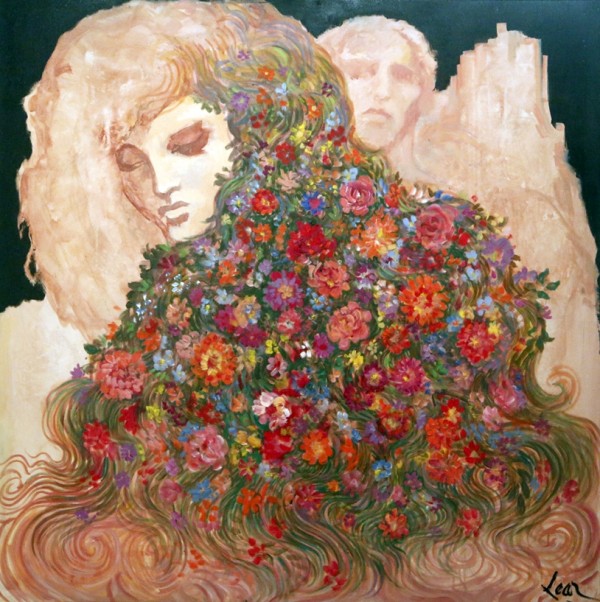 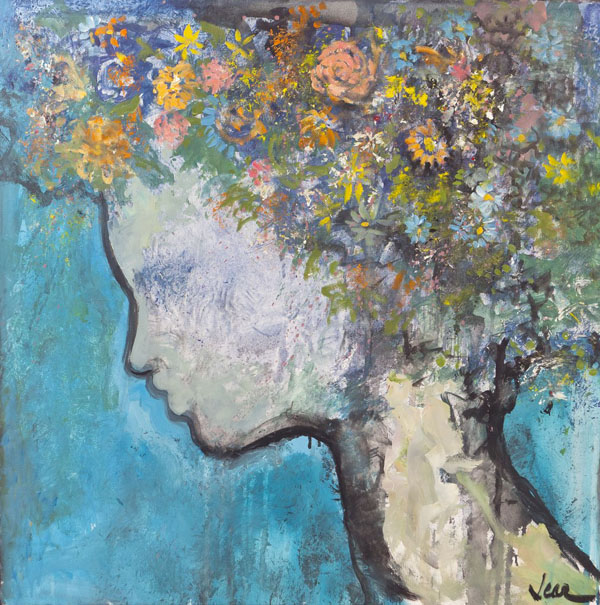 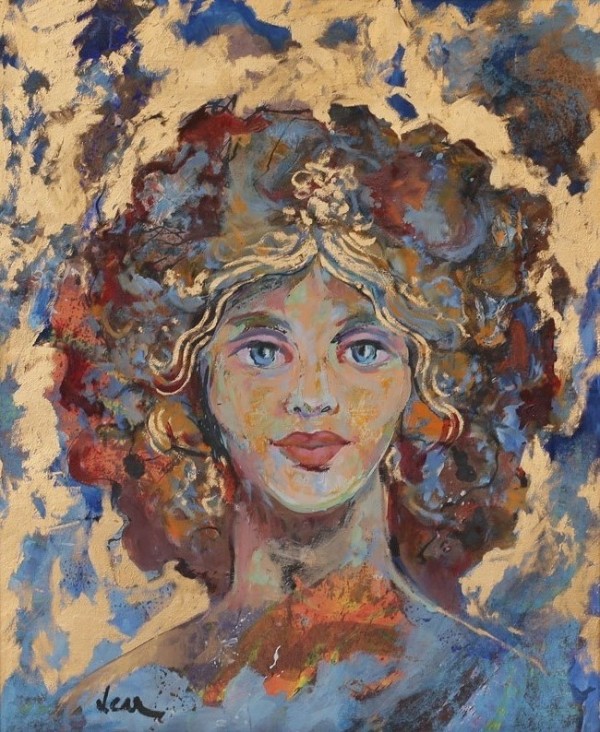 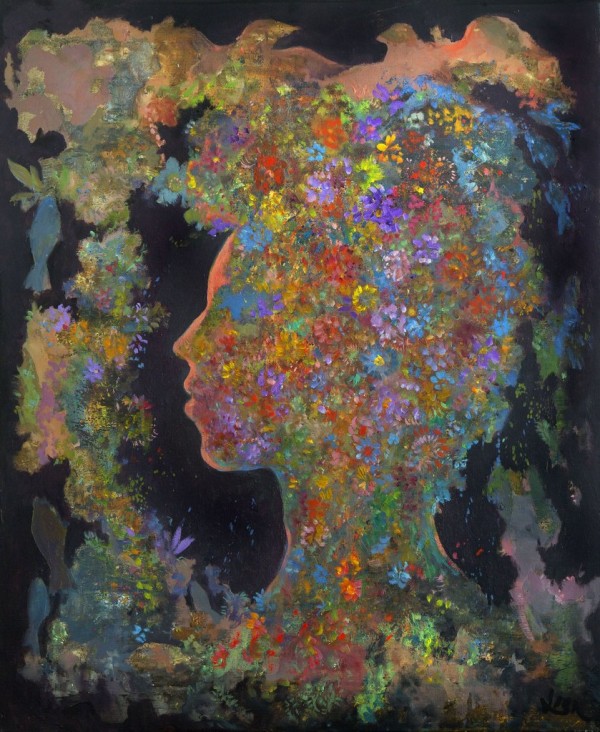 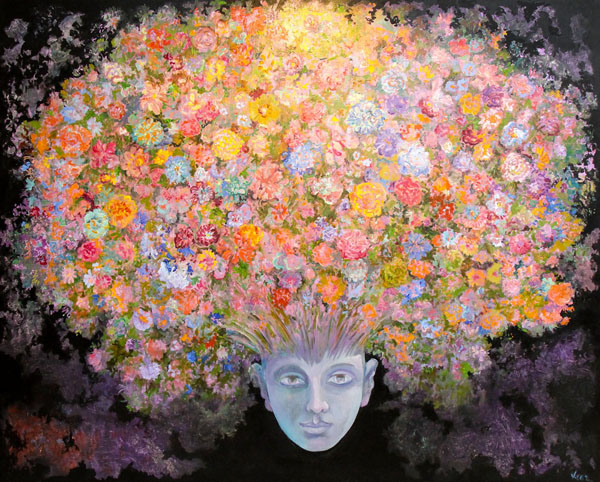 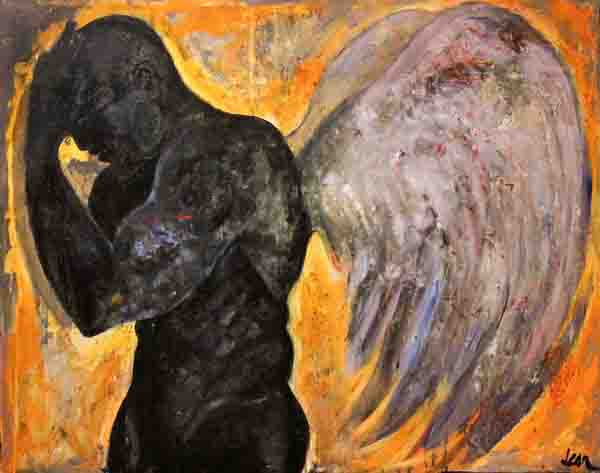 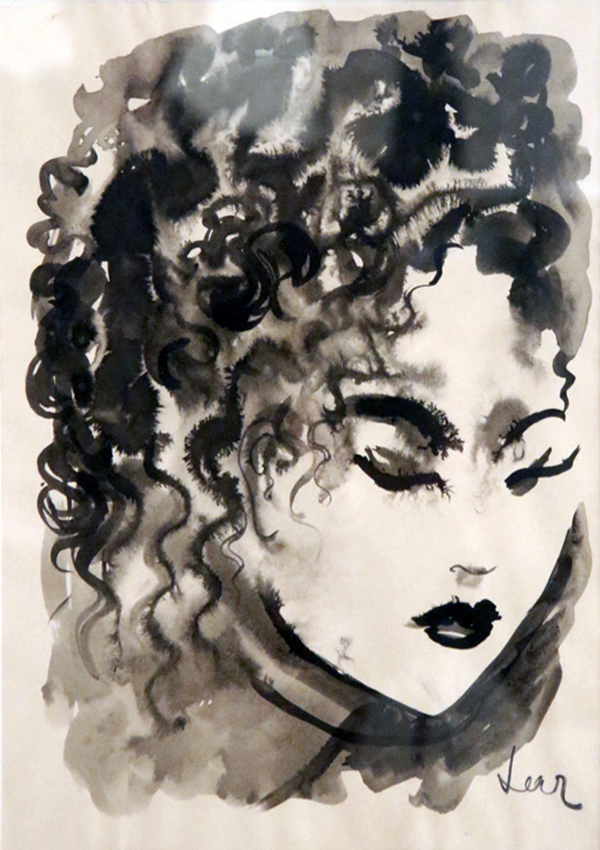 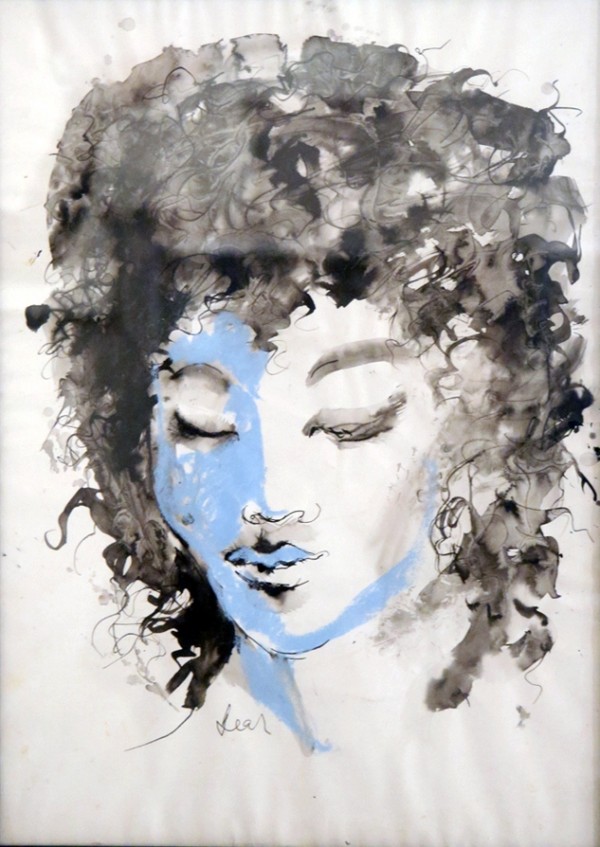 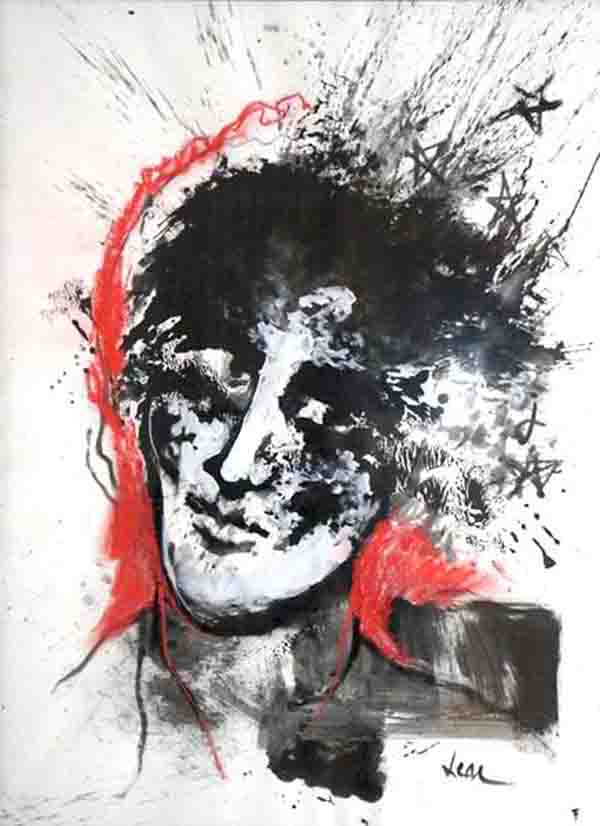 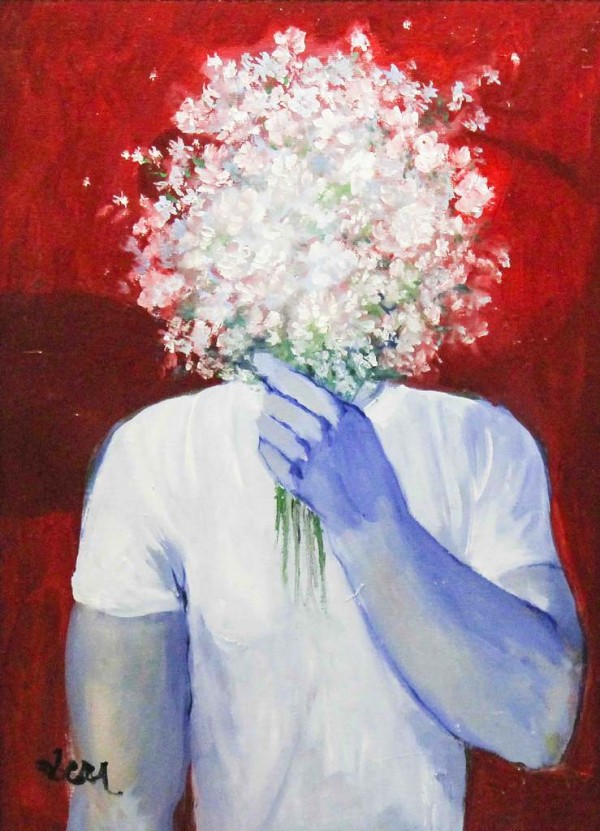 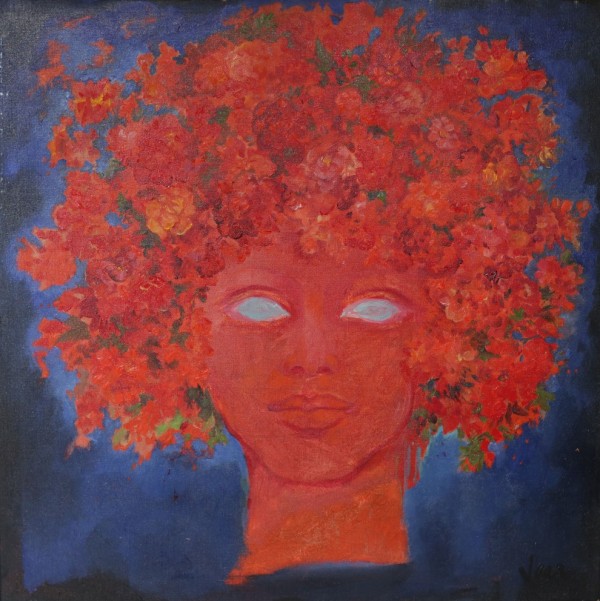 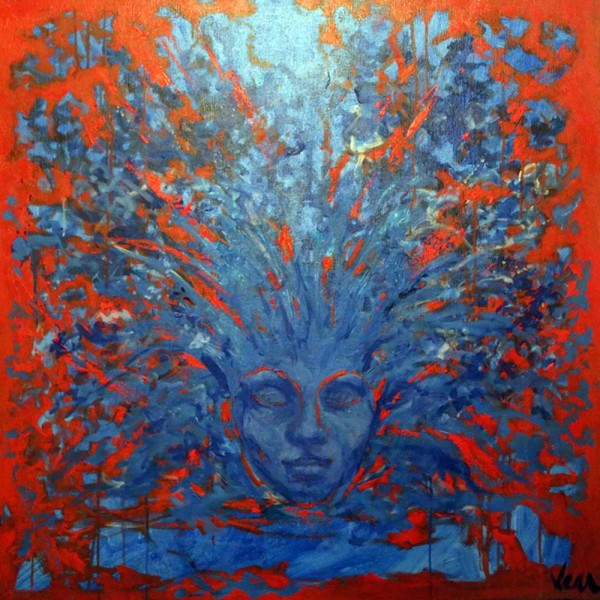 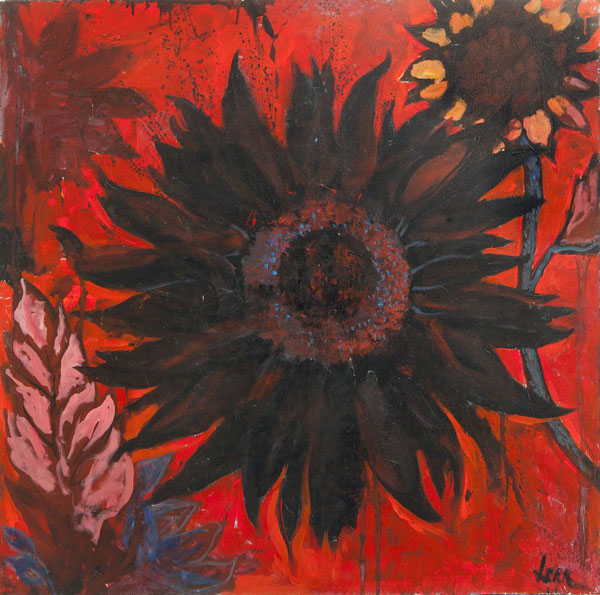 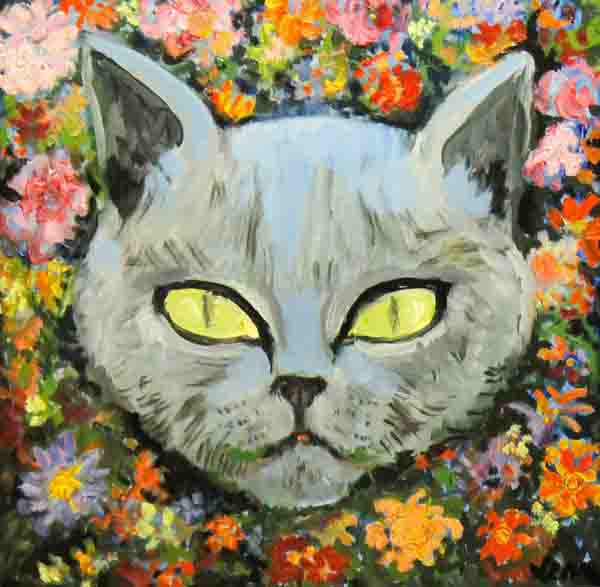 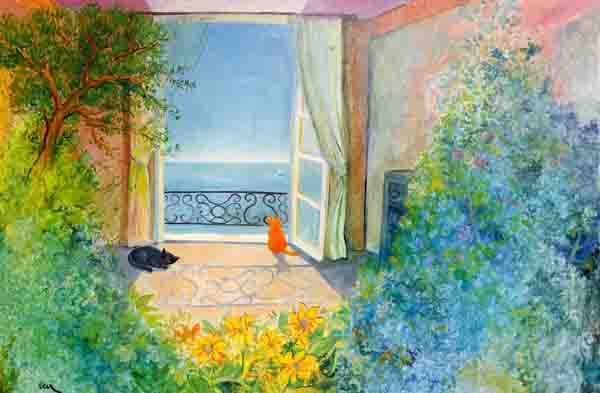 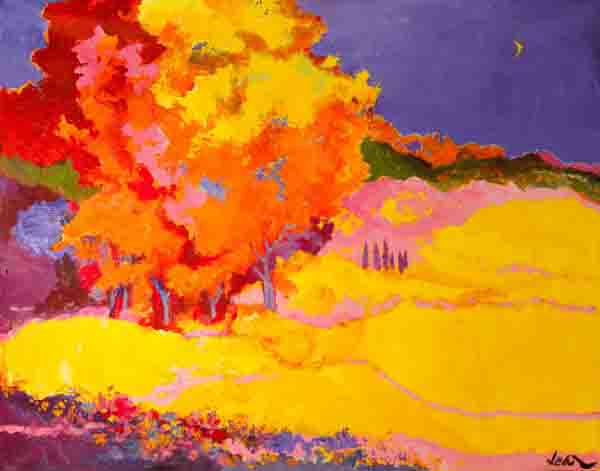 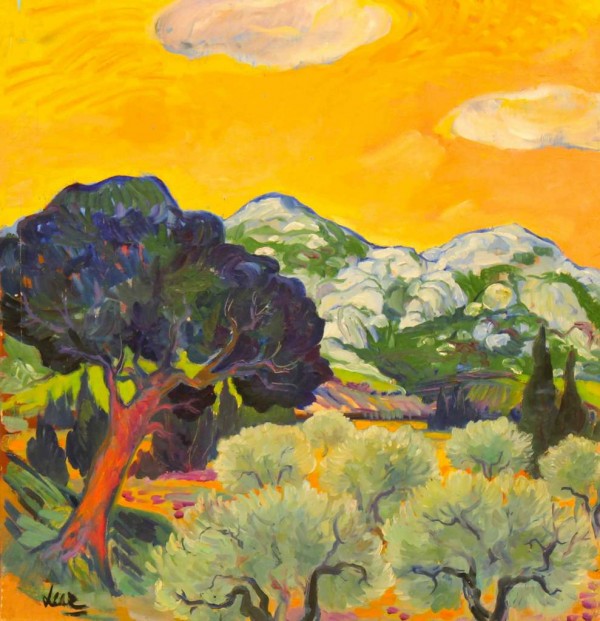 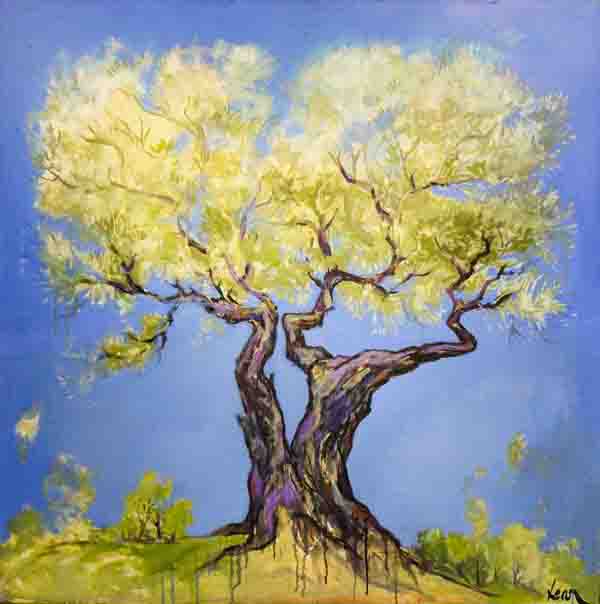 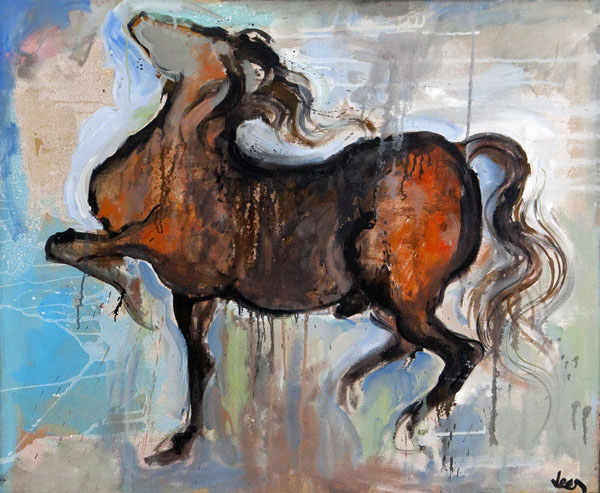 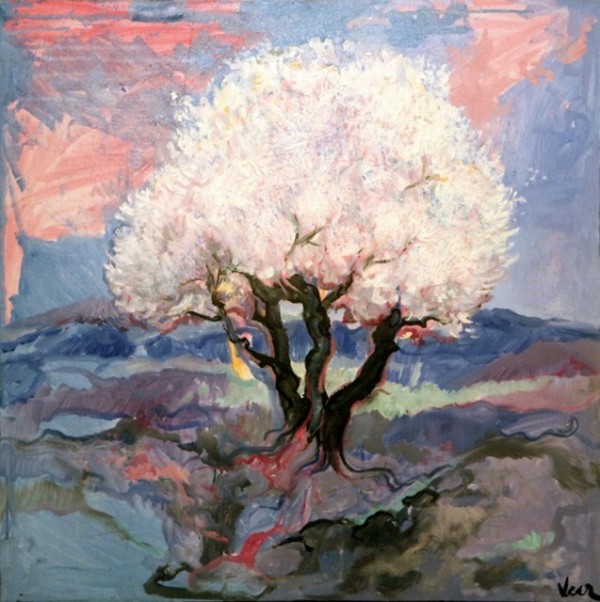 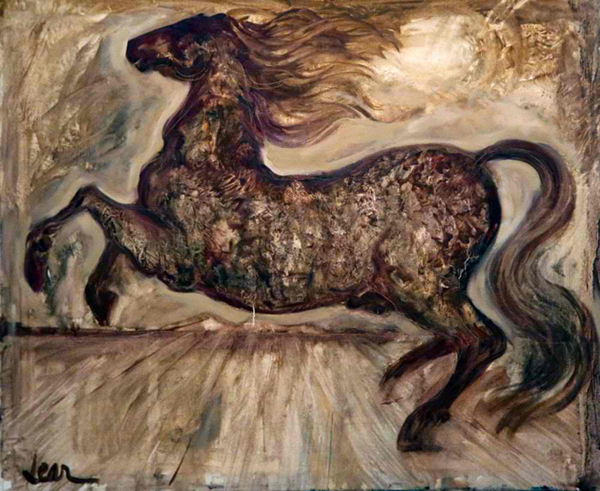 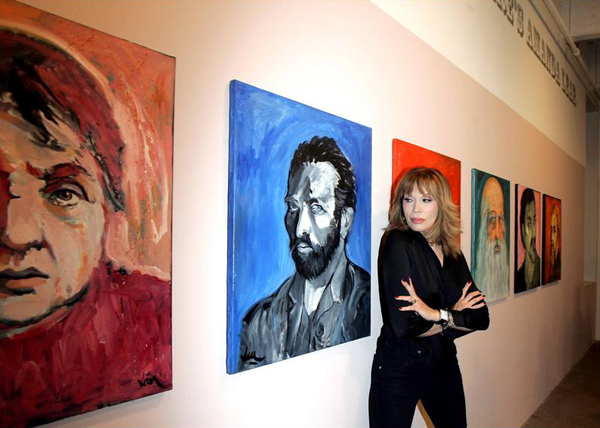 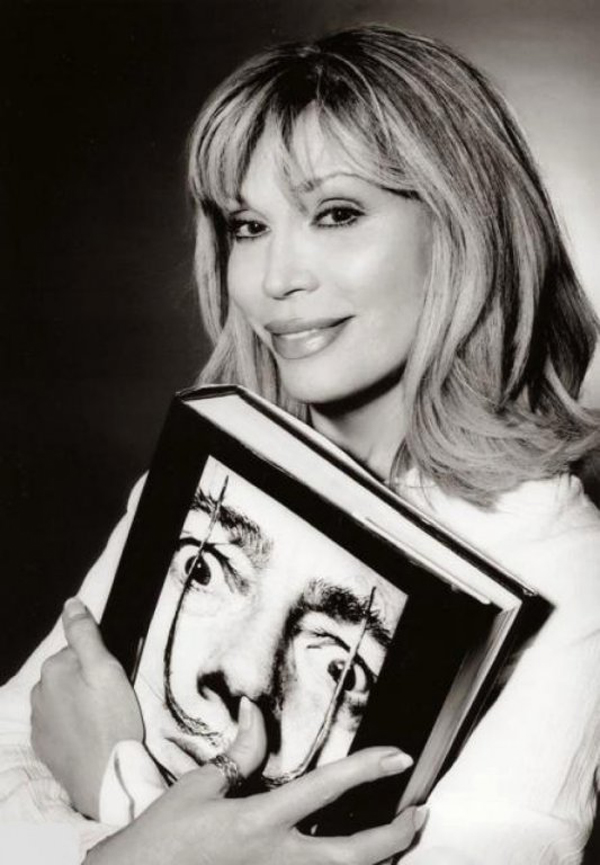 Amanda Lear was born in Vietnam in 1950 from an English marine officer and an Asian mother. When her parents divorced, Amanda shared her life between her English family and France where her mother had settled.

Already bilingual, she followed classical studies and became polyglot having learnt German, Spanish and Italian. By the age of 18 she started to work for mini skirts designer, Mary Quant. She worked with Quant for several years in England and toured the US with her. She also became Ossie Clark’s top model and a figure of the Swinging London with its iconic places Kings road and Chelsea. Her friends were Georges Harrison’s wife Patty Boyd or model colleagues Penelope Tree and Veruschka and Twiggy. Catherine Harlé, the famous model agency owner invited her to come to Paris and Amanda lived, for a time, Passage Choiseul at her home with Anita Pallenberg, Keith Richards’ girl friend.

She then moved to bohemian Hotel de la Louisiane in Saint-Germain-des-Prés. During her stay in Paris she catwalked for Paco Rabanne. It’s Rabanne who introduced Amanda to Salvador Dali. Along with her modeling work, she was studying fine arts and painting and she was fascinated by this first meeting with the awesome painter.

For more than 15 years she shared a very close friendship with Dali who invited Amanda to accompany him everywhere from Paris to New York and, of course in Cadaqués every summer. She posed for him for several paintings. She met many artists including Andy Warhol and Dali even sent Amanda to Roma to meet Fellini.

Modelling was not something she enjoyed, she liked music, movies, she was going out with her musician friends such as Brian Jones from The Rolling Stones. In 1973 Bryan Ferry wanted her to portrait Roxy Music second album “For your pleasure”. This cover became immediately cult and she spent more and more time with musicians from the London music scene. She befriended Freddie Mercury, The Who, Elton John… and David Bowie who convinced her that she should sing. She signed with his production company, Mainman, run by Tony de Fries. Bowie included Amanda in his Midnight Special on American NBC TV. After two years of romance, they parted and she signed with Ariola in Germany. This proposal came after Tony Monn had seen her TV appearance in the Cult program Musikladen where she had sung her first single “La bagarre”, an Elvis Presley cover. Presley had always been Amanda’s idol. She would eventually made her dream come true when she recorded a full tribute album to Elvis in 2014 (My Happiness).

In 1977 she recorded at Arco studio in Munich her first mythical album “I am a photograph” which included two huge hits, “Blood and Honey” and “Queen of Chinatown” and then in 1978 “Sweet Revenge” which featured her signature song “Follow Me”. During the Disco period she scored hit singles in more than 50 countries all over the world and became hugely popular. She collected Gold records in nearly every single country of Europe. She also went gold in countries like Lebanon, Thailand, Chile and Ecuador! Even in Japan, a market essentially selling Japanese productions contrary to common belief, she got a gold record with “Queen of Chinatown”. In Germany all her singles released between 1977 and 1981 reached the Top 40 including a N°2 for “Queen of Chinatown” and N°3 with “Follow Me”. With her albums, she scored a record of more than 100 weeks in the Top 50 German album charts.

Not only her records were selling but she became from the beginning known well beyond her music. Rumours were surrounding her. Ariola had launched a controversial publicity campaign presenting Amanda as an enigma: Was she born in Transylvania? Was she a boy? She finally posed in the nude in Playboy and Lui magazine to answer the question.

During these years she consistently toured all over Europe and Latin america where she was also very popular. In Paris she was the first artist to perform at The Palace Theater (French answer to Studio 54 in NYC). During this concert she met Alain Philippe Malagnac. They married in 1979 in Las Vegas and she then settled in Paris .

At the beginning of the 80’s she had sold 25 million records, recorded 5 albums with Tony Monn in Munich in 5 years! Still with Ariola which had become a multinational company now named BMG (Bertelsmann Music Group) she tried to diversify her music by adding more pop and rock sound to her music and singing in French, Italian and Spanish.

In 1982 an Italian channel owned by then unknown Silvio Berlusconi proposed her a primetime saturday show “Premiatissima”. Her success was huge and she started a new career as a TV Host. She kept on her TV work for the next 25 years, mainly in Italy but also in France and even Germany (“Peep” on RTL2). Every week-end she was returning to her home in Provence where she’s still living today surrounded by her several cats, olive trees and painting studio.

In 2000, she lost her husband in a fire which destroyed her house. She threw herself into work more than ever multiplying her TV, music and painting activities.

In 2009 a new opportunity was offered to her in France. Famous French producer, Jean-Claude Camus, offered her to make her debut in a play “Panique au ministère”. It was a triumph and she performed for two years at the biggest Parisian theater. This play would be followed by three equally successful plays including her current comedy “La Candidate” in which she plays a candidate at the French presidential election!
She’s now also considered in France as the Queen of Comedy plays (“Reine du Boulevard”)!

With the years, Amanda has become a Fashion and Pop icon for many designers who keep on being inspired by her unique style. Among them Jean Paul Gaultier and Riccardo Tisci (Givenchy). International Fashion magazines from Vogue France to V Magazine US or L’Officiel Spain have featured extended special reports with Amanda modelling the latest collections. In january 2016 Vuitton has chosen her song “Alphabet” to be the music of its LV&Me range of jewelry ad campaign. And nobody has forgotten that “Follow me” was featured in “Dallas Buyers Club” which brought in 2014 an Academy Awards to both Matthew Mc Conaughey and Jared Leto. Her career is unique having been successful in four differents activities: Model, Singer, TV Host, Actress and all this, each time, starting in different European countries!

These change of activities never prevented her from keeping on recording music. Her new album, her 18th is surely her more personal one. This album has been set out as a show with different musical atmospheres including new songs, covers and even re-recording of two songs of her repertoire, “Follow Me” and “Fashion Pack”. The lyrics that she wrote tell about Amanda personality and life. The album comes along with a DVD where Amanda sings Live 12 out 18 songs of the album in an elegant Cabaret atmosphere.

“Art for me is a sort of therapy, that helps me understand my feelings: I express anguish, rage, hope and sexual desire I express by using strong, bright, violent colours, like red, yellow and green.
An empty canvas in front of me means absolute freedom of expression, the freedom to give voice to my secret world.”