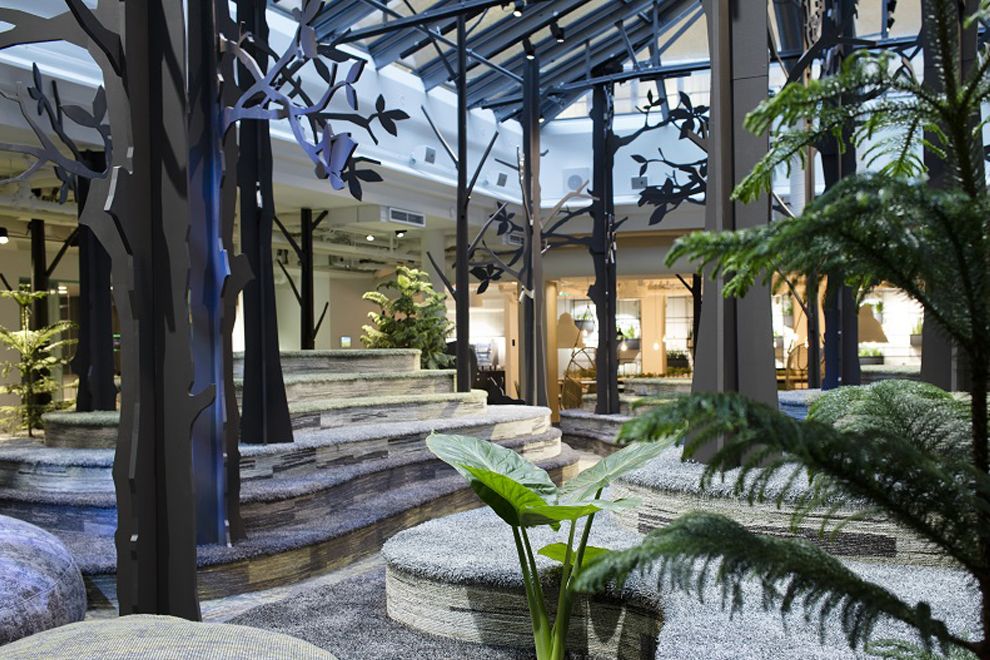 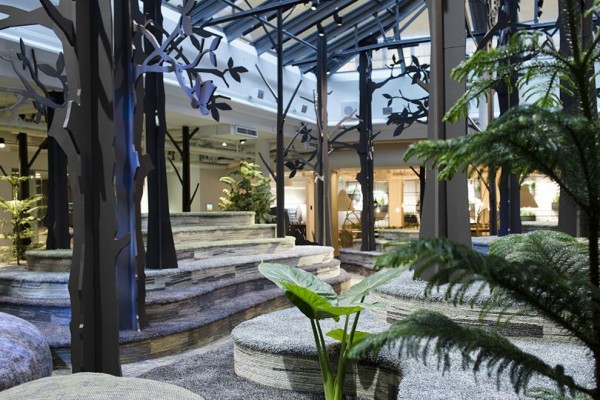 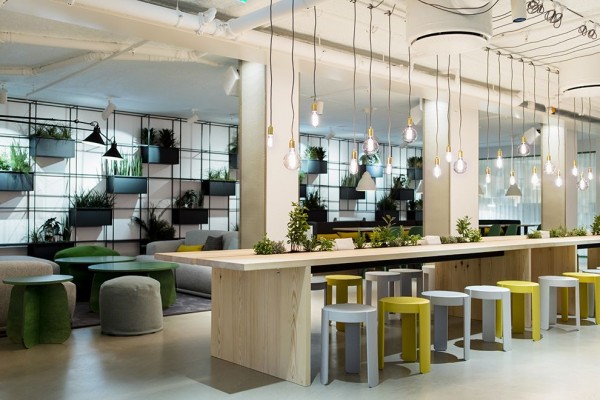 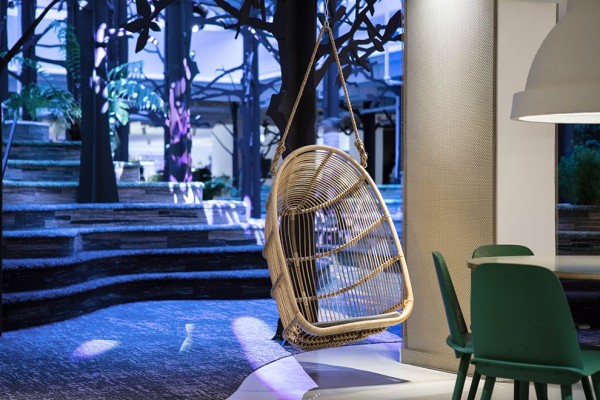 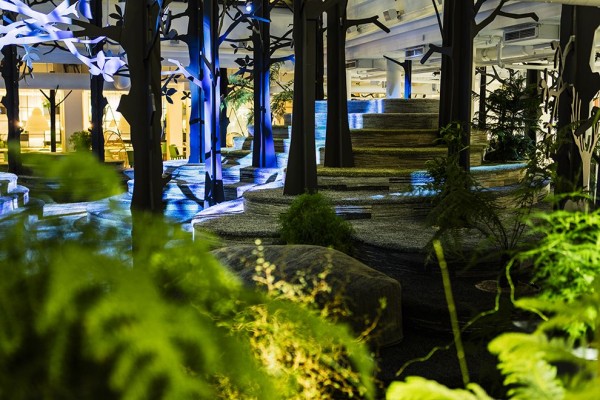 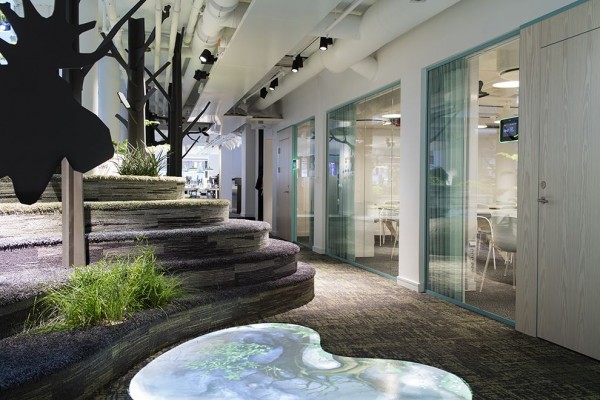 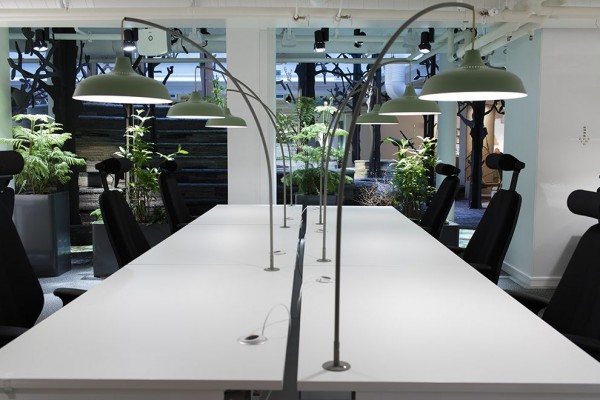 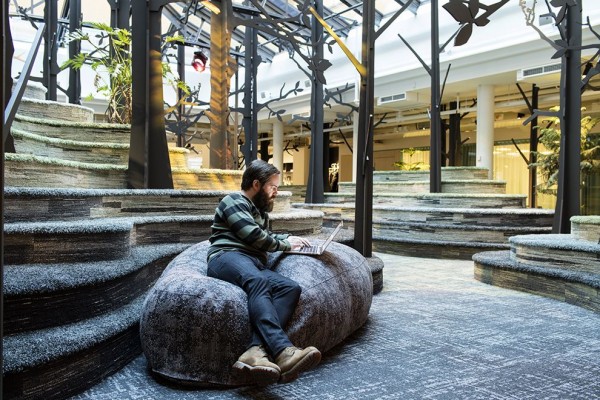 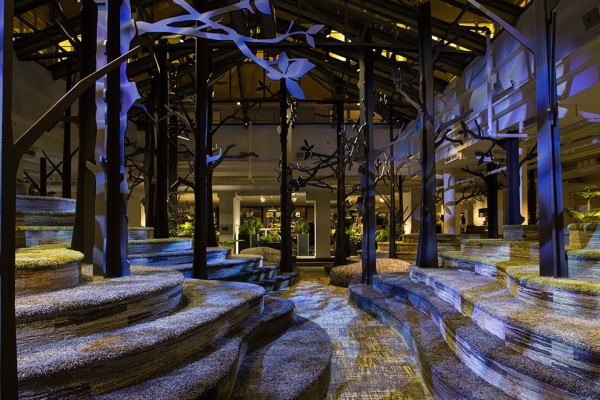 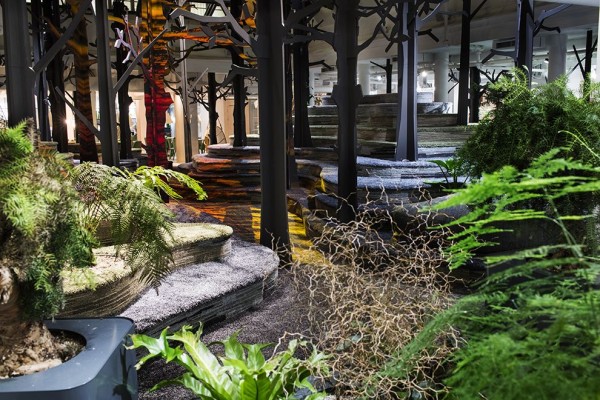 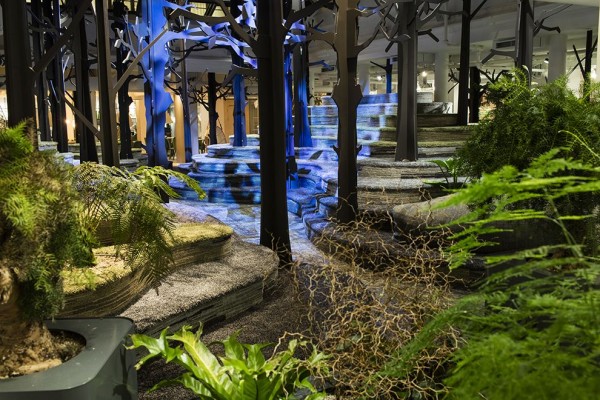 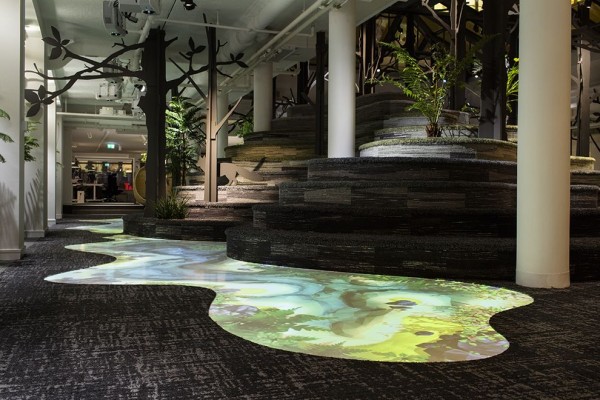 The last time that Swedish firm Adolfsson & Partners designed the Stockholm offices of games developer King, the makers of Candy Crush Saga, it went for a wildly cartoonish assault on the senses. For a new office space for the company, it went back to basics with a concept based on the Swedish forest, “a place for us to be free, in both mind and spirit,” the designers said in a press release.

Based on an idea from King’s Vice President of Creative Production Adam Schaub, the firm sought to replicate “the same inspiring and calming effect that you get from spending time in natural surroundings.”

To maximize natural light, it built a sunken glass-roofed “well” that is the centerpiece of the office. The wall of the reception is swathed in Norwegian lichen. Earth-toned carpeting is a nod to rock, moss, and soil. Tree and woodland animal silhouettes made from painted plywood populate the open office, complemented by real plants.

Adolfsson & Partners worked with Nordic lighting design firm AF Lighting to create adjustable ambient lighting built into walls and building columns, rather than standard office ceiling lights, to foster the feeling of “being in a forest where the light changes depending on the season.”

But the trippiest aspect of the office forest is an artificial stream that connects disparate office areas in the form of an interactive floor designed with help from Czech firm 3Dsense. Employee footsteps are scanned and turned into movements in the mirage of water as they walk, dodging virtual fish and insects. To reflect the changing seasons, the stream can turn into ice that crunches audibly beneath your feet with the press of a button.