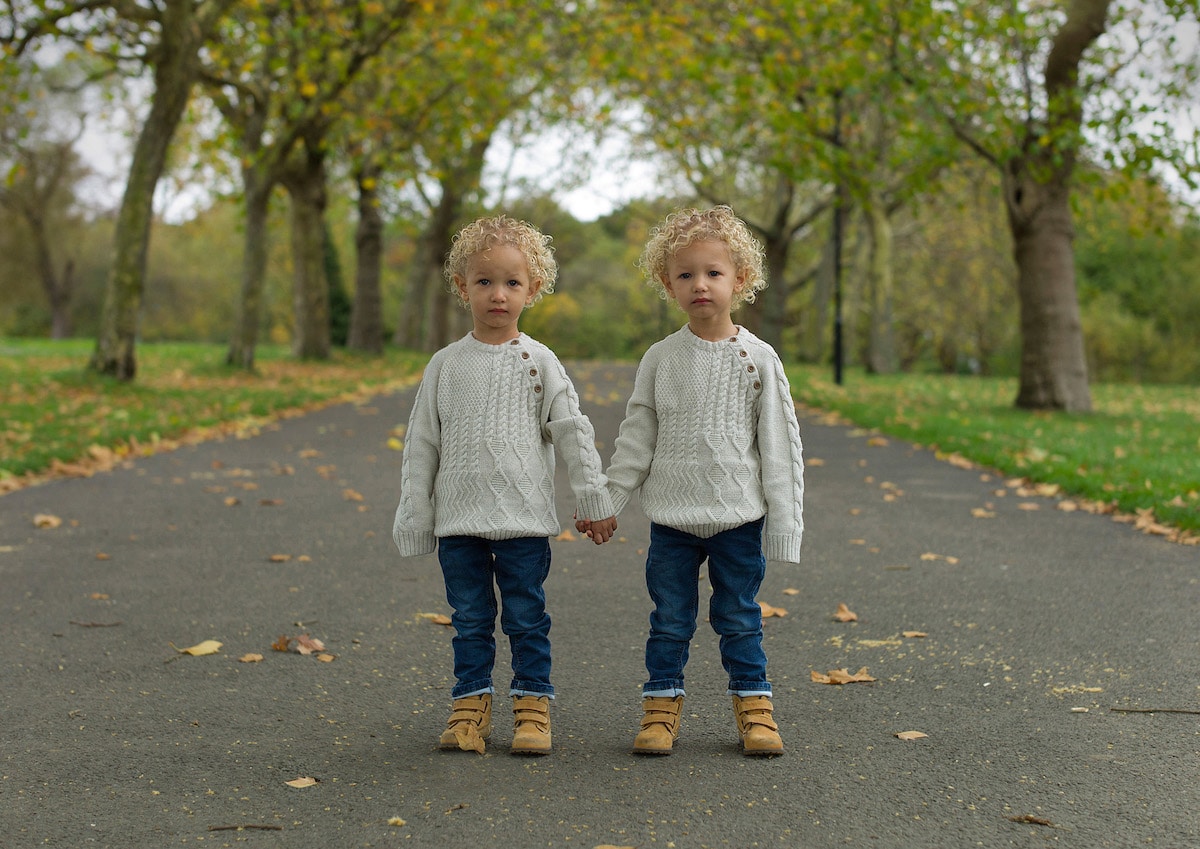 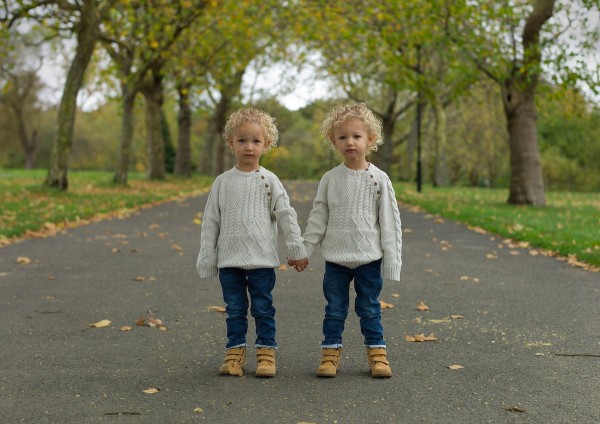 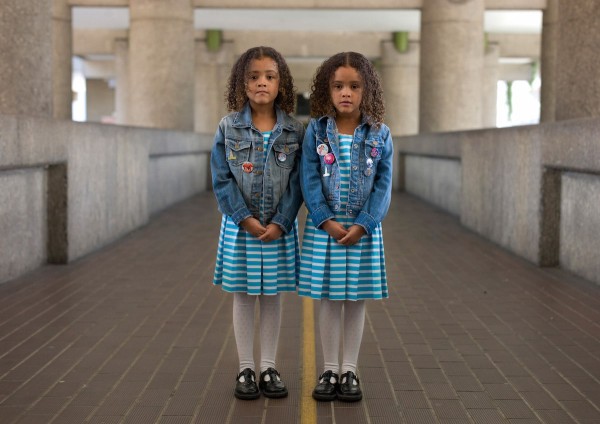 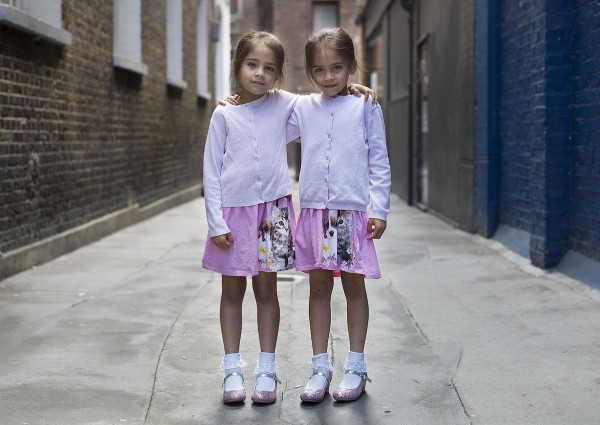 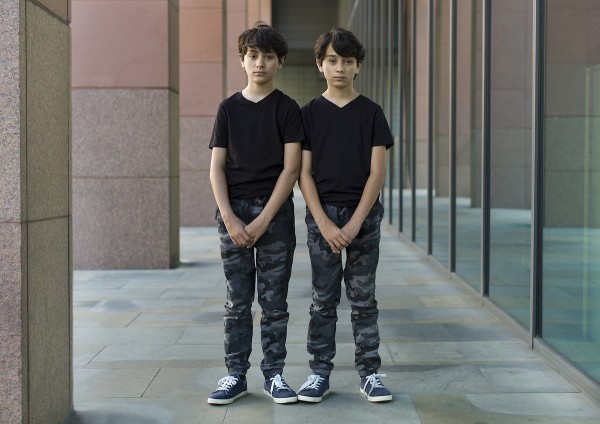 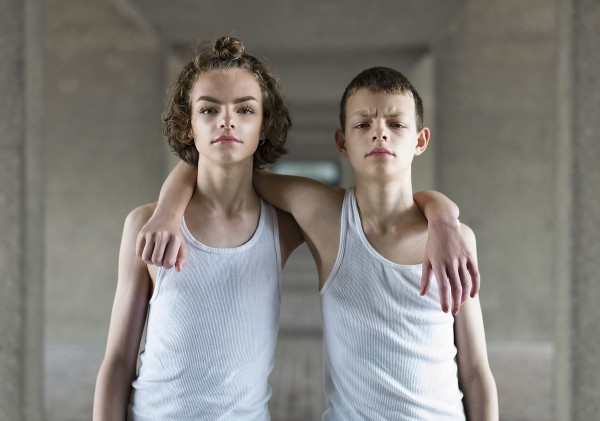 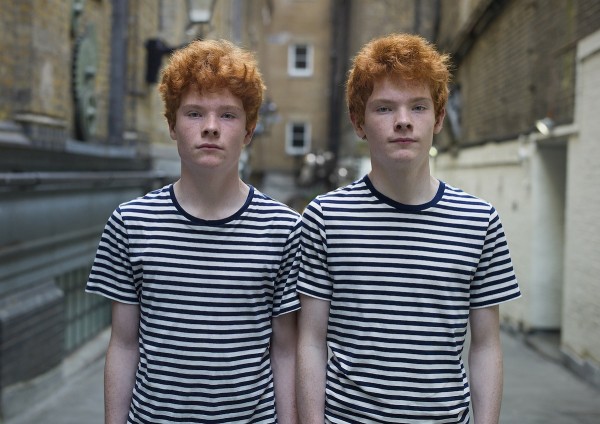 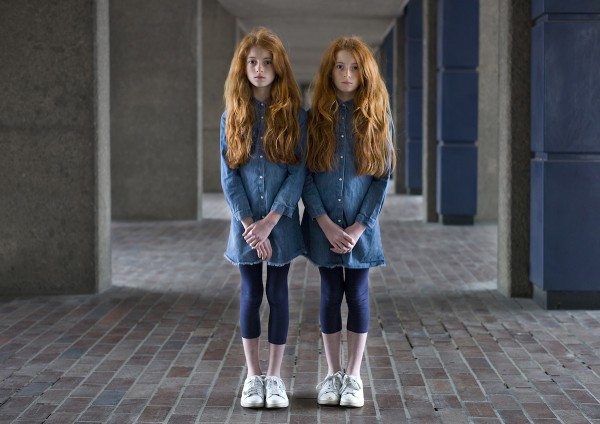 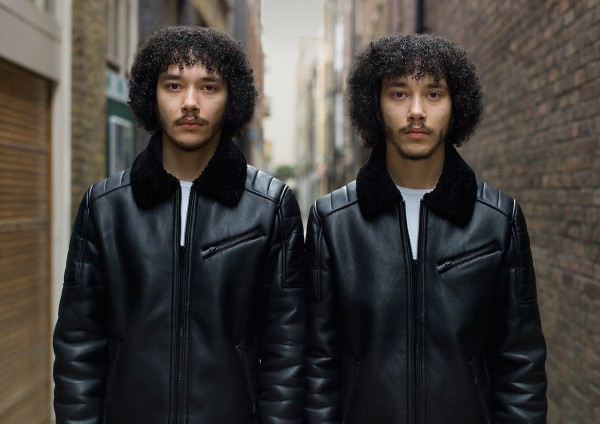 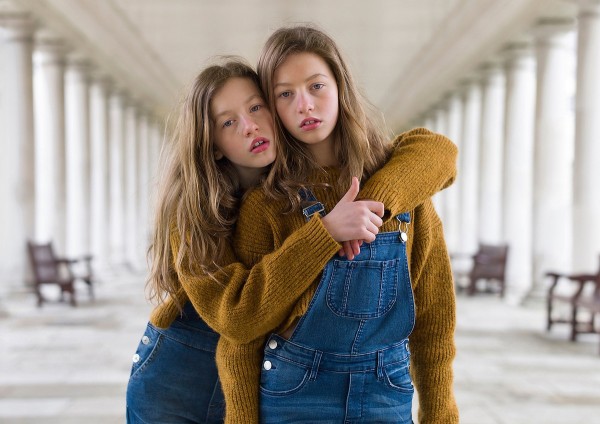 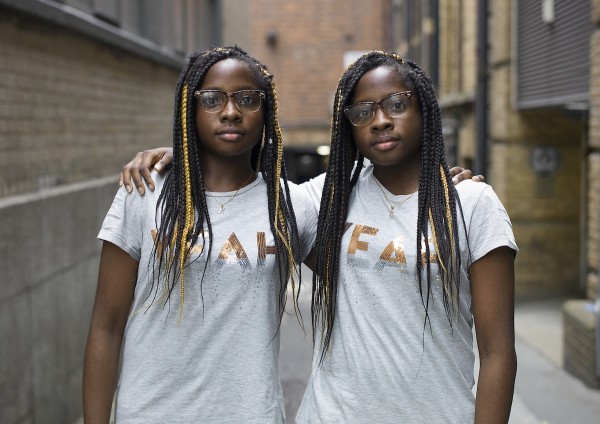 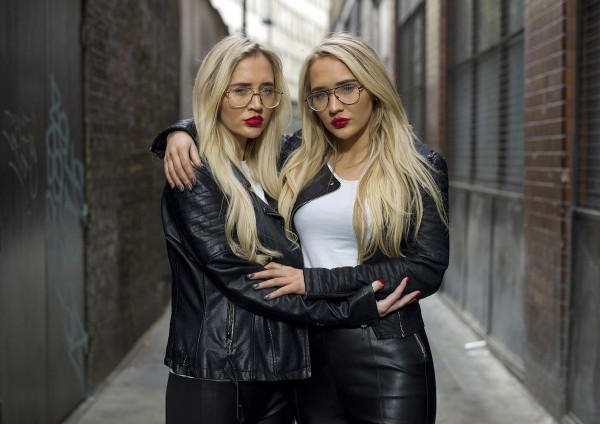 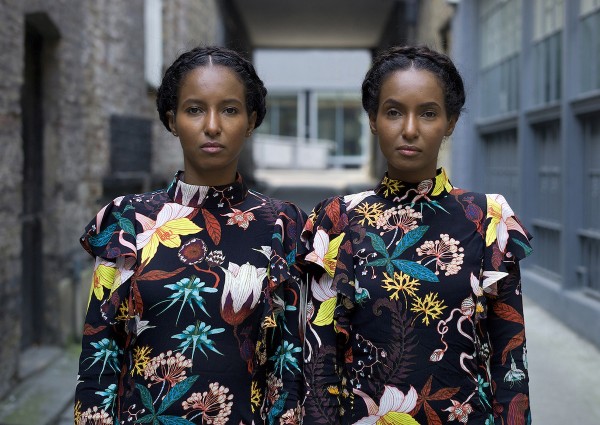 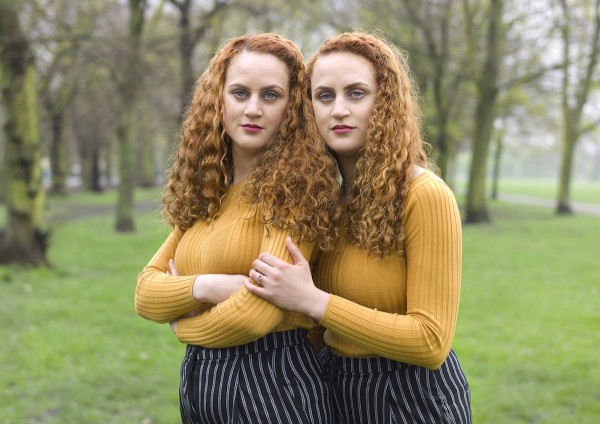 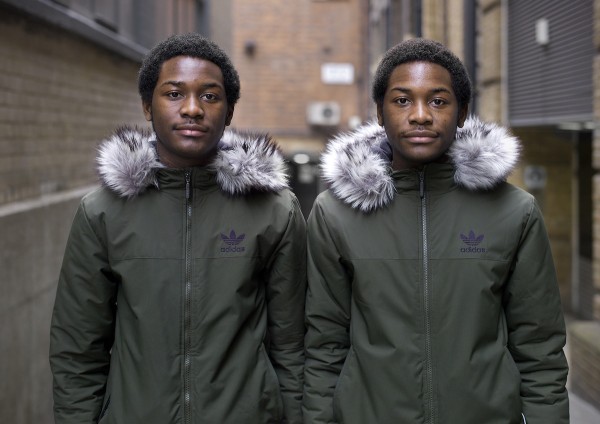 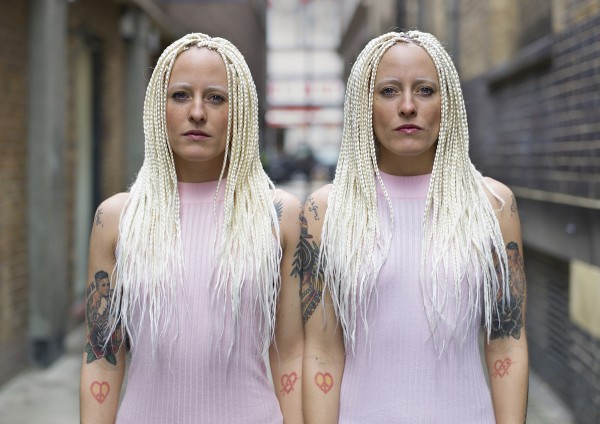 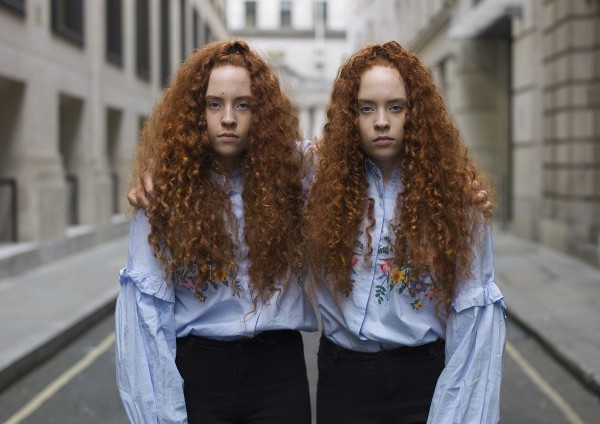 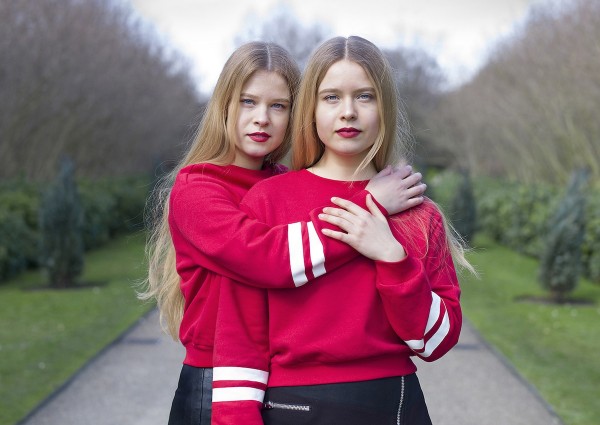 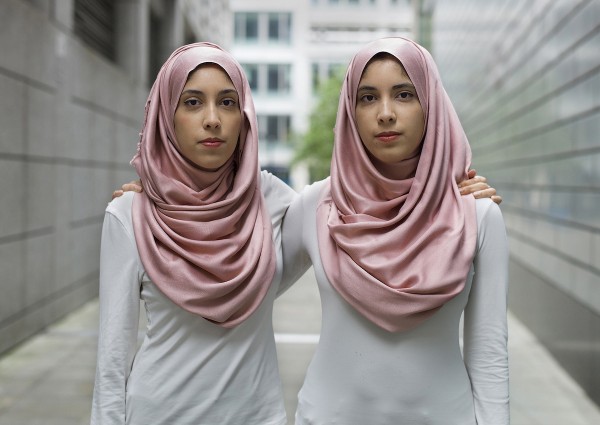 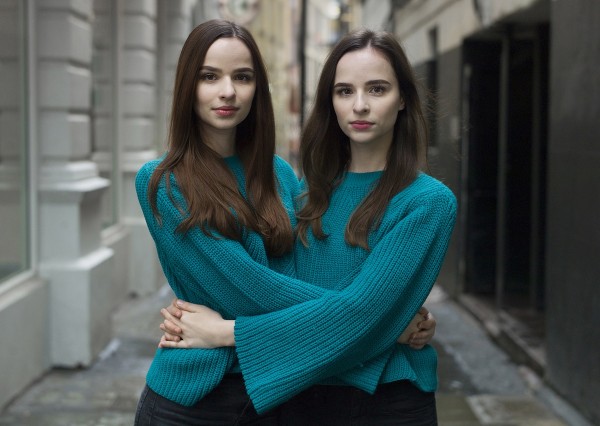 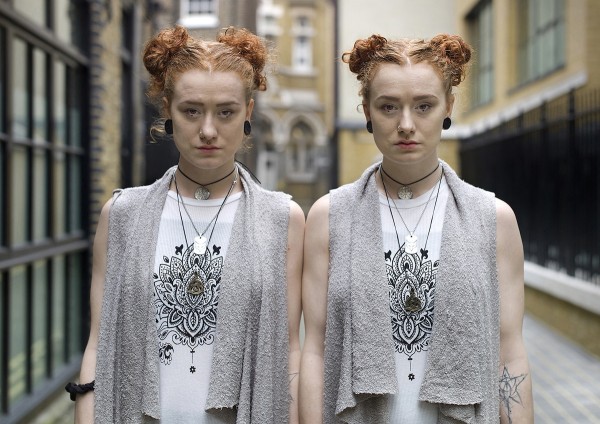 For the past three years, Detroit-born, London-based photographer Peter Zelewski has been exploring the similarities and differences between sets of identical twins in his ongoing portrait photography series, Alike But Not Alike. Captured on the streets of London against neutral backdrops, Zelewski’s duos are of different ages, ethnicities, backgrounds, and styled to dress in matching clothing. This style puts the focus on the subjects, showcasing the siblings’ unique, unbreakable bond and incredible likeness, but also inviting the viewer to take a closer look and discover each pair’s subtle differences.

Zelewski first became intrigued by identical twins when he met 14-year-old twin sisters Kira and Taya. Drawn to their distinct curly red hair and freckled faces, the photographer explains, “They had everything I look for in portraiture. Connection, strength, power, directness, intrigue, and a certain amount of unsettledness which I knew would command attention.” During their photoshoot, Zelewski described their incredible bond: “Their closeness and their uniformity gave the twins a certain air of confidence which seemed to invisibly unite them as one, it was fascinating. Needless to say, I was hooked.”

Since beginning the project in 2015, Zelewski has now photographed over 40 sets of twins, some of which have shared stories of twin telepathy. For example, Eritrean-born sisters, Hermon and Heroda both lost their hearing at the same time when they were only 7 years old. Whereas sisters Chloe and Leah are so close they often find themselves finishing each other’s sentences and claim to even feel each other’s pain. The series also includes Sophie and Polly, a pair of monozygotic twins who are so alike they have virtually identical fingerprints, and practically indistinguishable DNA.

However, the more time Zelewski spent with identical siblings, the more he started notice each pair’s individual traits. In one case, the photographer claims that 15-year-old brothers Duke and Joe “couldn’t be more different, both in their physical appearance and personalities.” He explains, “By stripping down the background and photographing the boys in plain t-shirts, I was able to let their different personalities shine through.”