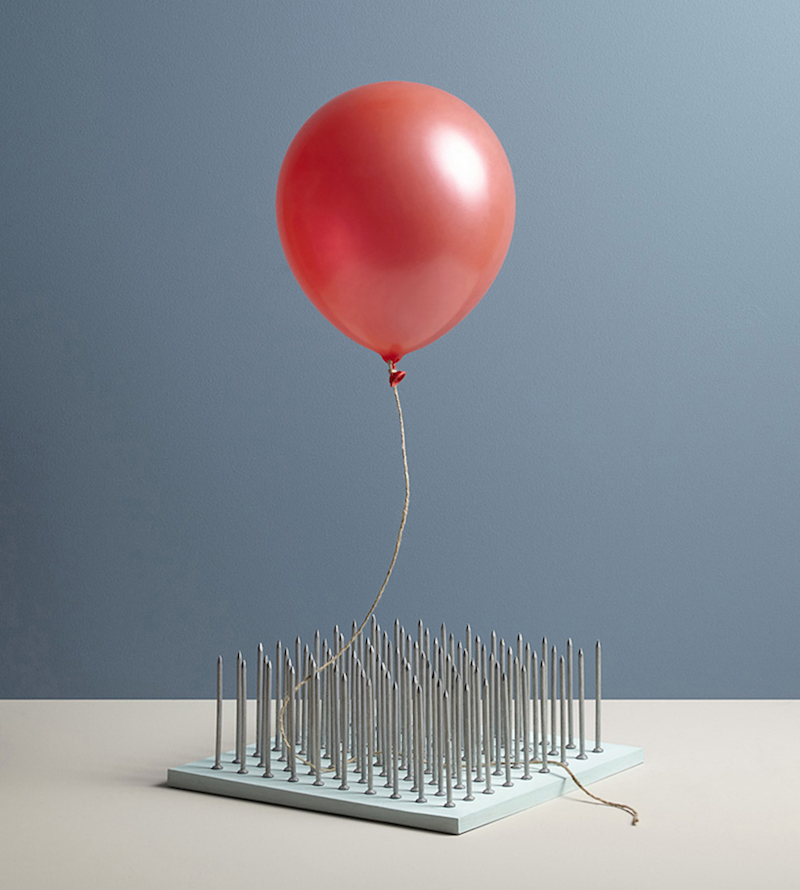 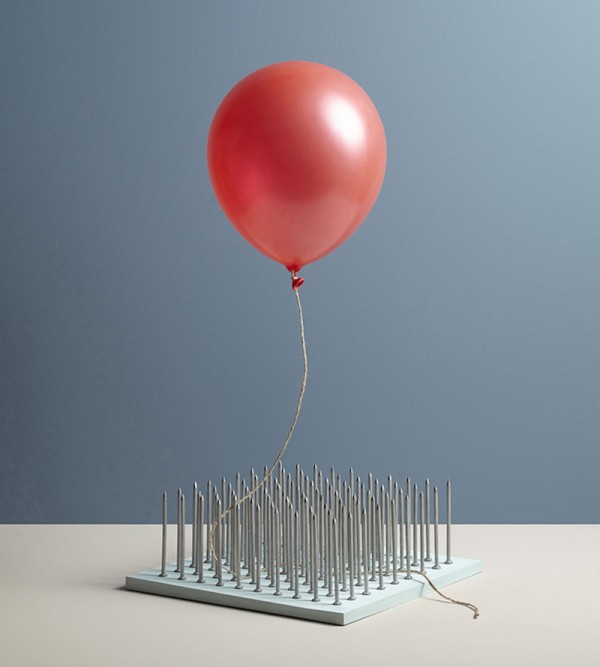 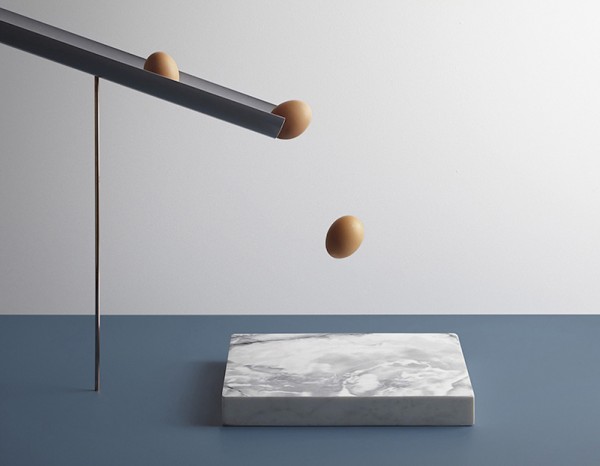 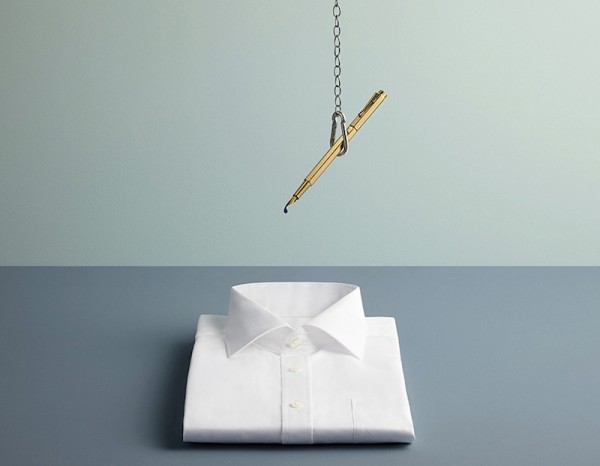 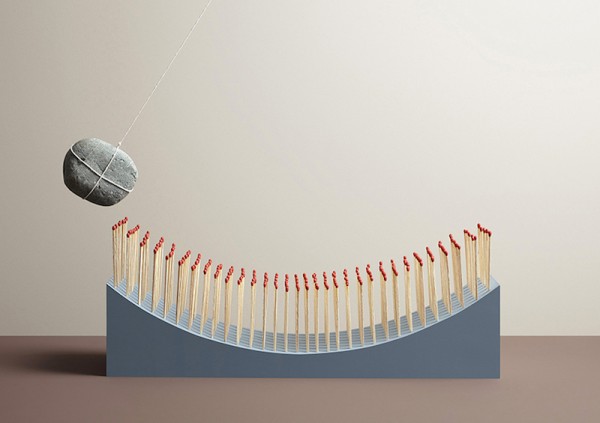 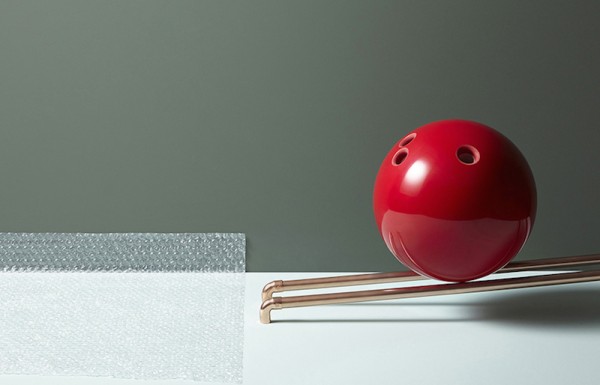 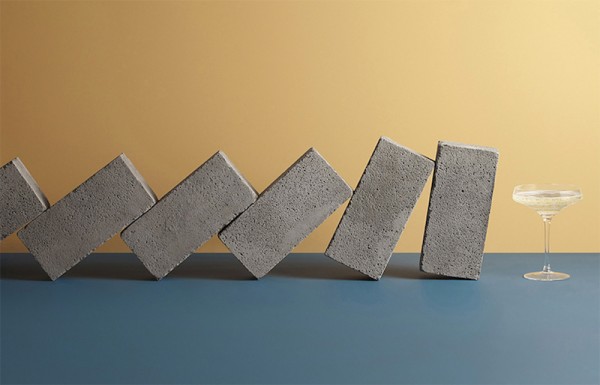 Kinfolk Magazine is known for their minimal editorial spreads, images that are so polished and organized that they evoke a sense of calm when one stares at each carefully articulated pictorial arrangement. The magazine’s newest photo story for their “Adrenaline” issue however is anything but calming. Kinfolk reached out to art director Kyle Bean and photographer Aaron Tilley to produce a series of images that would bring their audience apprehension, inspiring the artists to produce the series “In Anxious Anticipation” featured here.

The images capture moments of dread, metaphorical imagery that relates to feelings right before a big move, when we anticipate the worst rather than the best outcome. Jordan Kushins‘s text on anticipation and adrenaline accompanies Tilley and Bean’s clean photographs of the moments before misfortune.

“Whether we’re readying ourselves for the start of an event or just imagining ourselves partaking in it, the buzz of nervous anticipation is sometimes as satisfying as the reward at the end,” says Kushins. “Often just the thought of what if? can be as potent as the act itself, and the thrill of the chase may occasionally be more powerful than the real deal.”

All images courtesy of Aaron Tilley and Kyle Bean