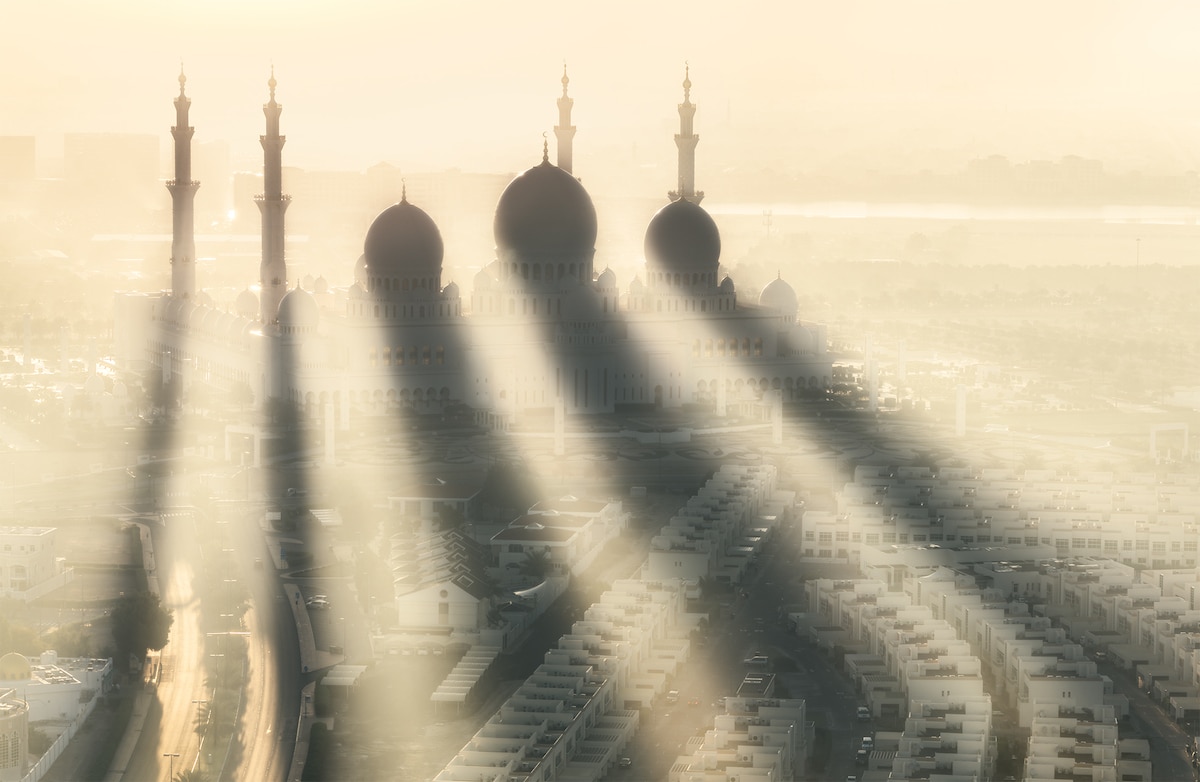 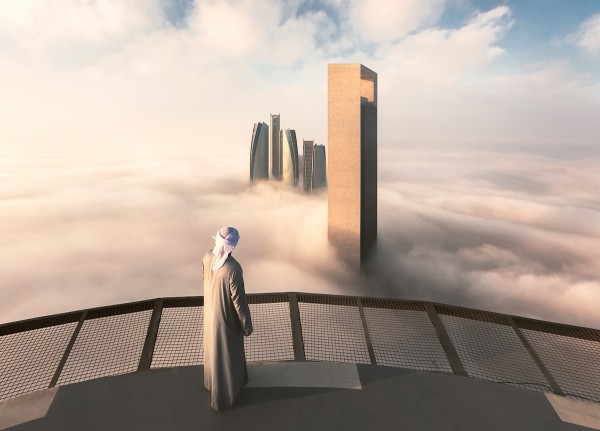 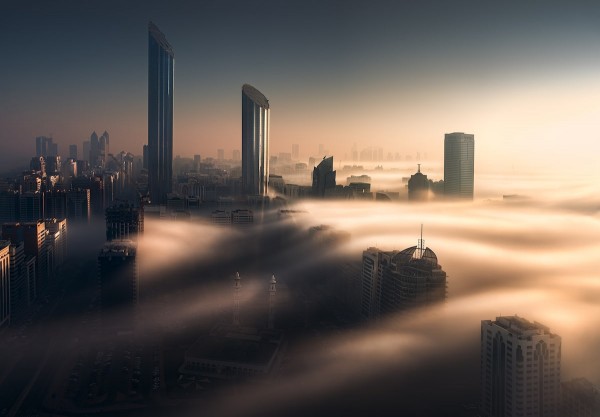 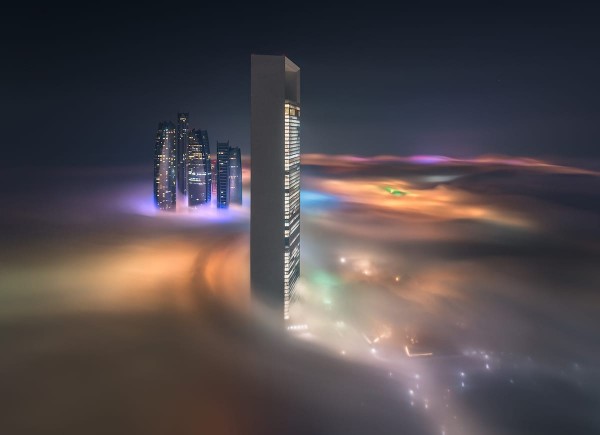 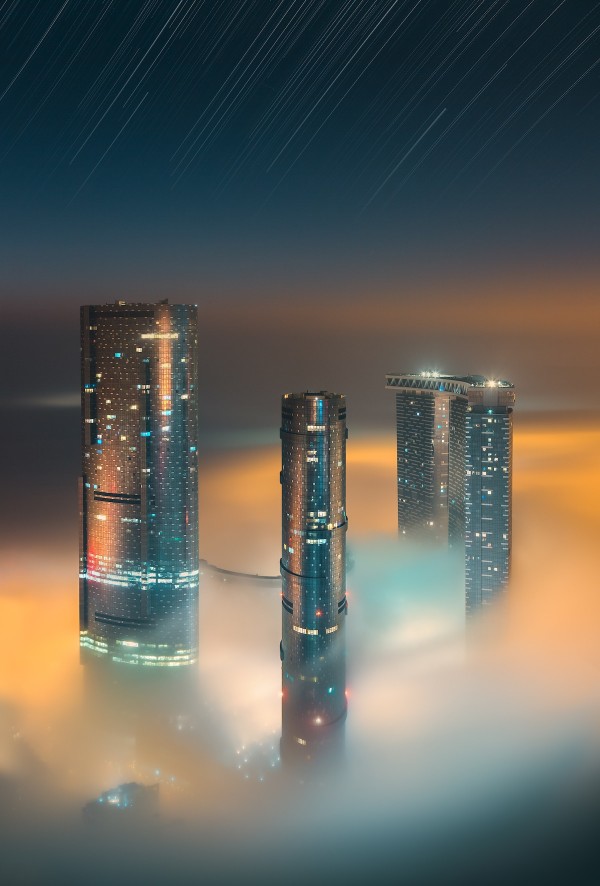 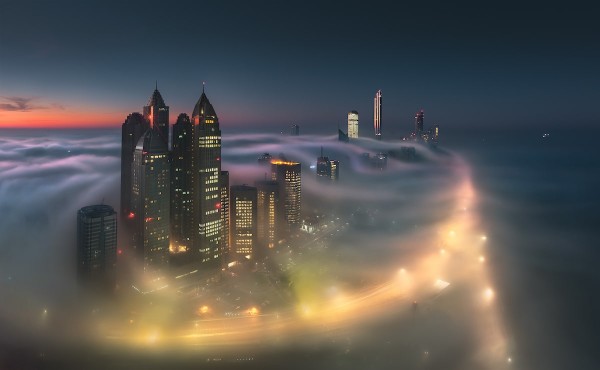 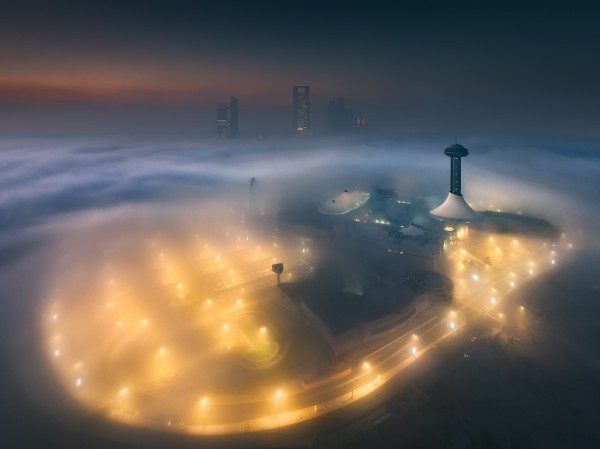 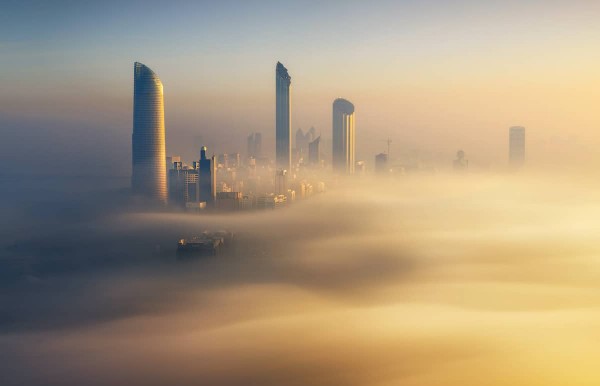 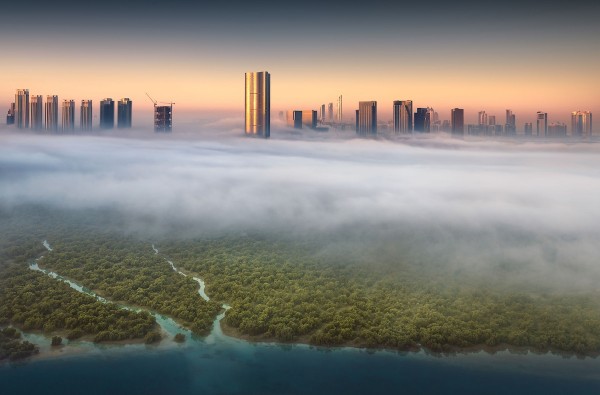 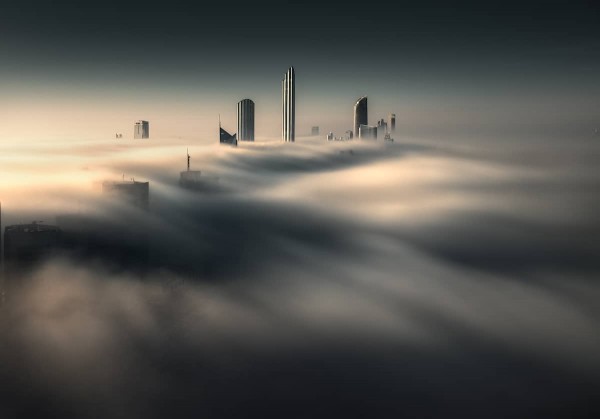 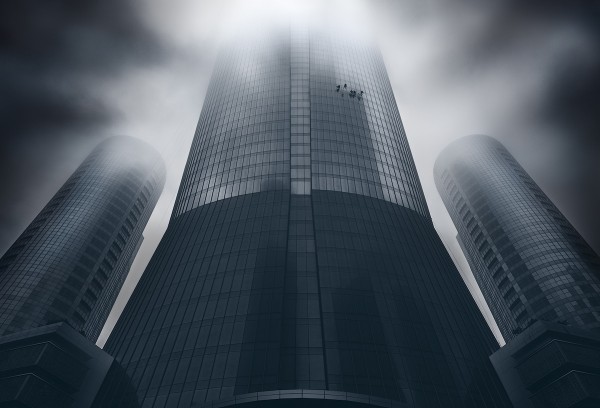 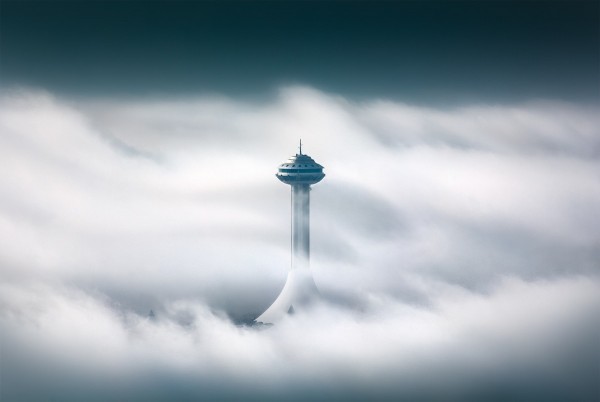 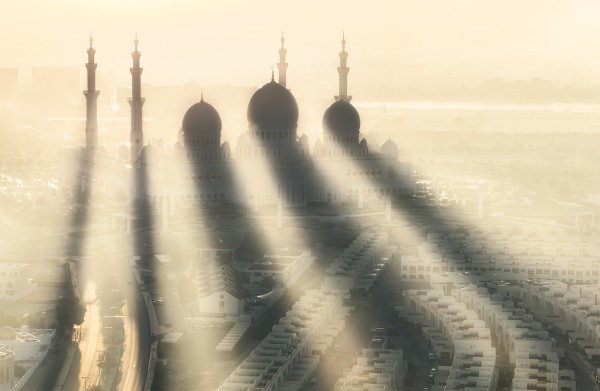 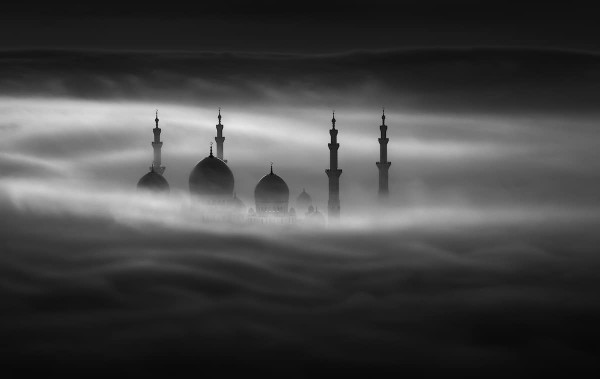 Al Hammadi is constantly looking for new perspectives on his city, challenging himself to evolve as a photographer and improve his architectural photography. He’s particularly enthralled by the city’s fog, which rolls in during the winters season after the hot and cloudless summer. “The fog always appears in a different form and color, from the city lights at nights to the golden clouds during the sunrise. What motivates me to shoot this kind of photography is the feeling and emotions that those scenes provide, the moment where I can see nature embracing the city is just mesmerizing and inspirational.”

Working in both black and white and color, Al Hammadi seeks not only to capture Abu Dhabi’s architecture, but also its soul. A favorite subject is the Sheikh Zayed Grand Mosque, the largest in the United Arab Emirates. By capturing the building in different lighting conditions, Al Hammadi demonstrates the different perspectives and emotions one building can draw out of viewers. Spending hours seeking the perfect moment to capture his photos, Al Hammadi hopes to motivate others to also wait, be patient, and take in their surroundings.

“There are beautiful scenes everywhere in this world, you just need eyes to recognize it. As they say, hard work always pays off. What motivates me to wake up or stay awake and wait several hours for the perfect moment? I believe the answer is passion…so I hope people get this idea from my works. As much as you love what you do, it will give you what you are looking for, sooner or later.”