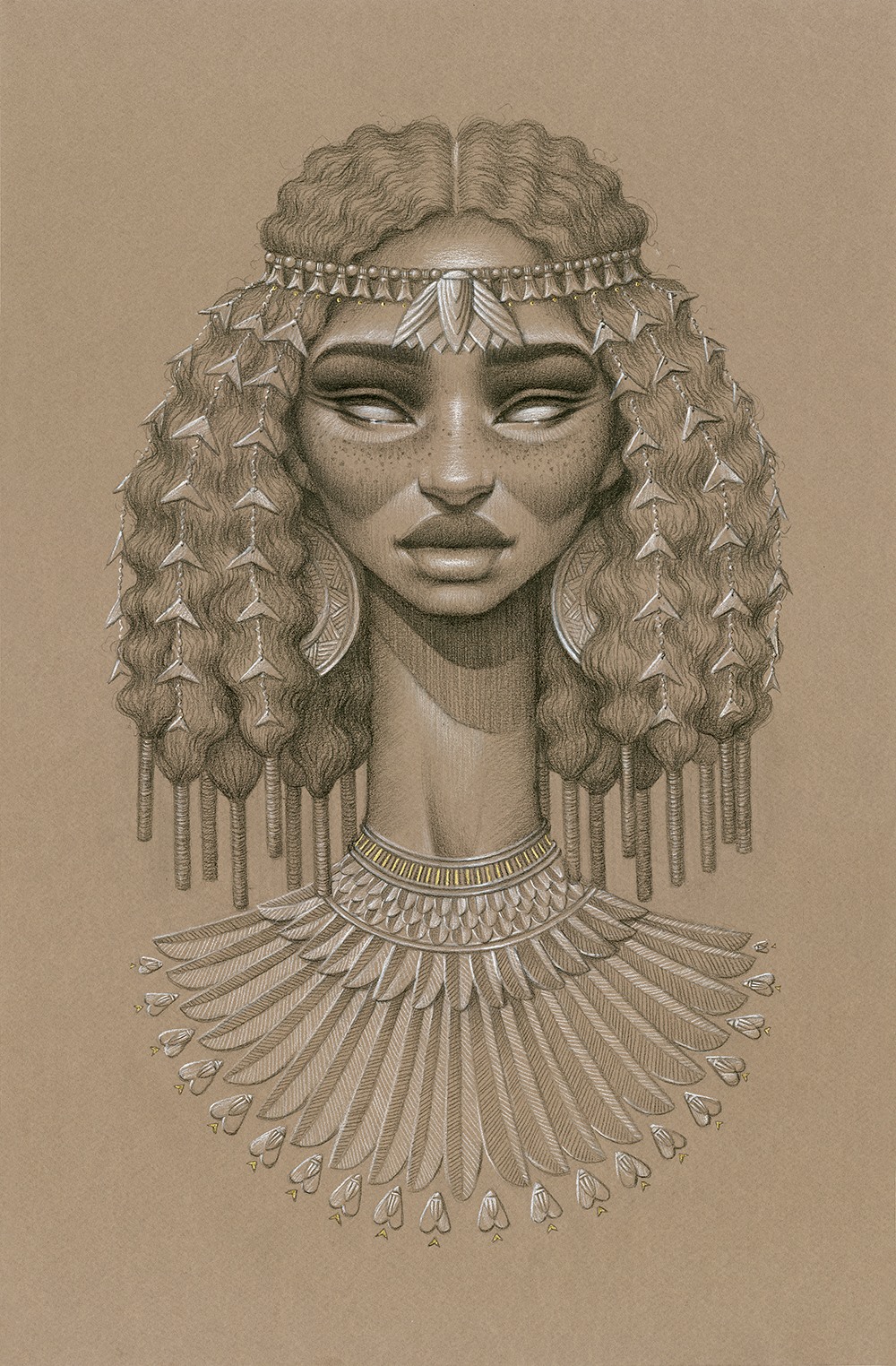 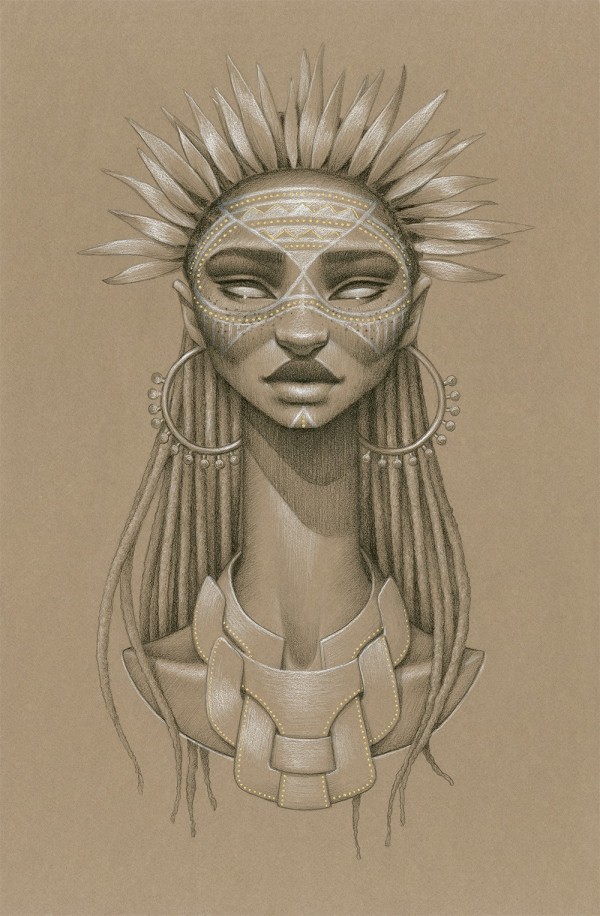 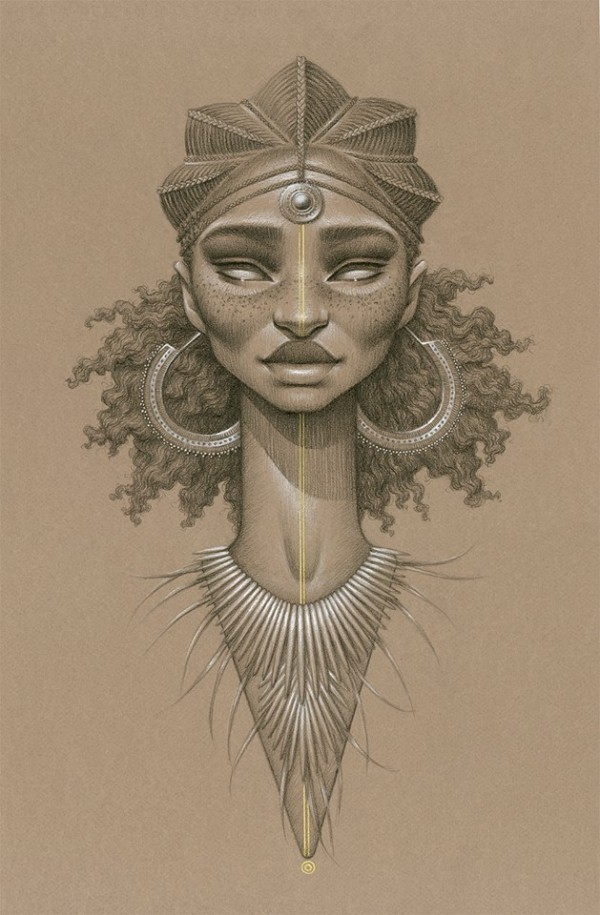 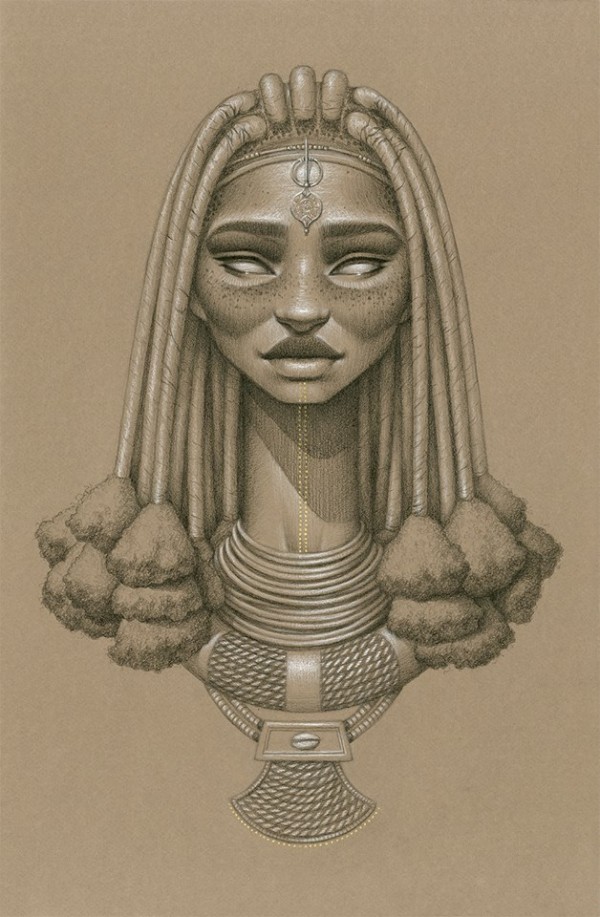 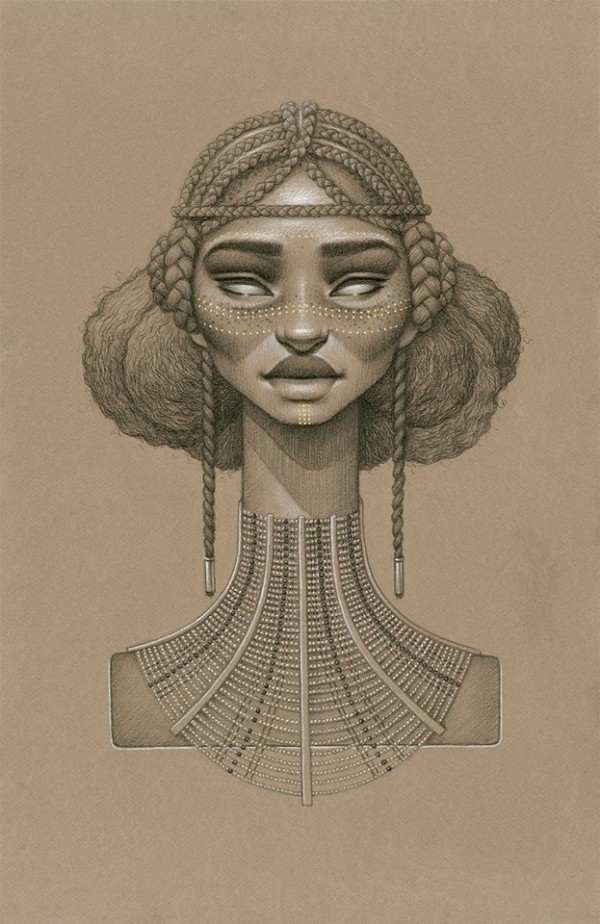 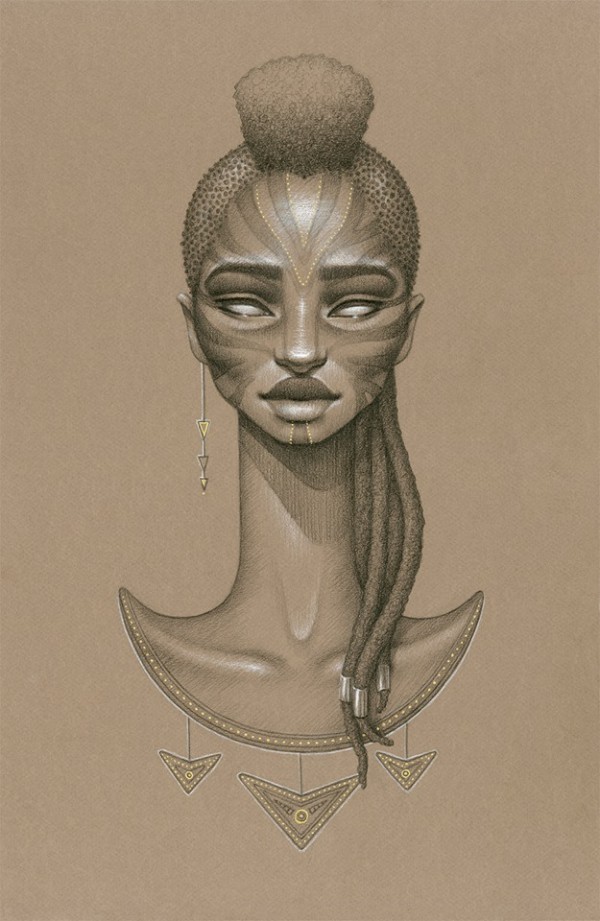 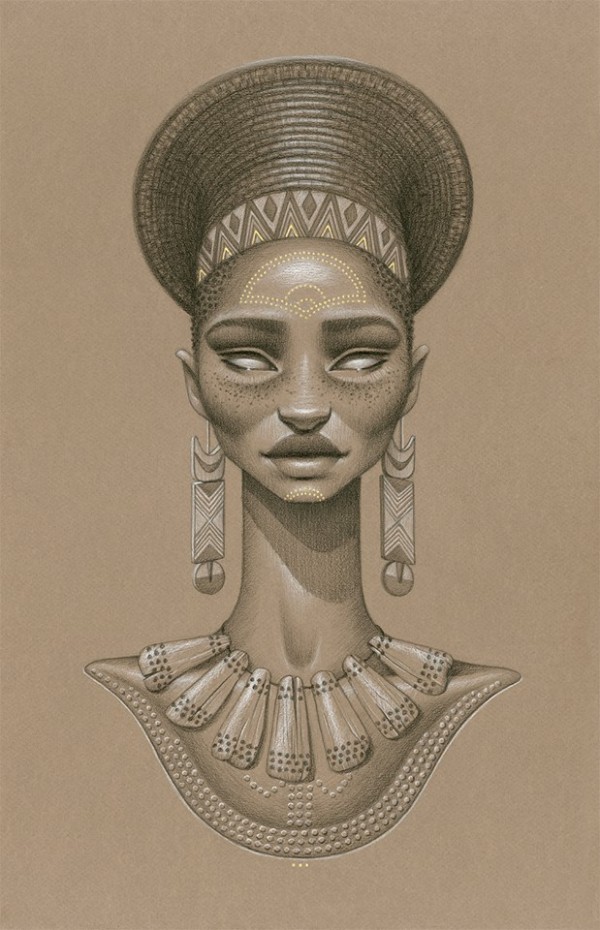 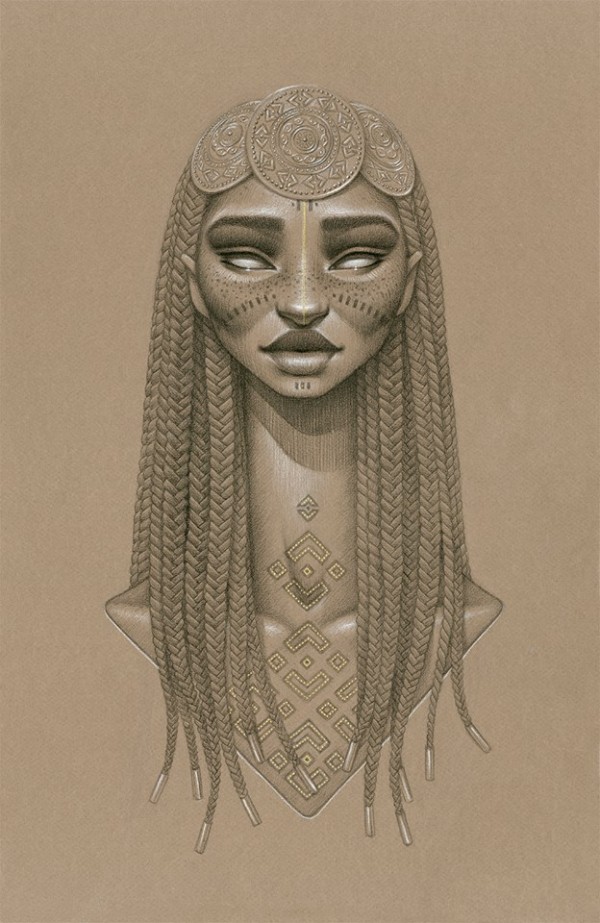 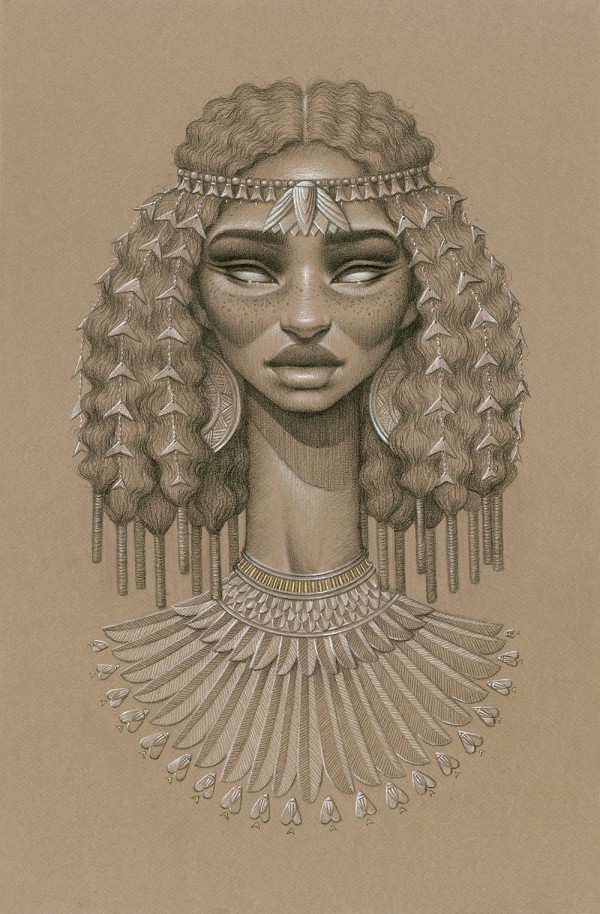 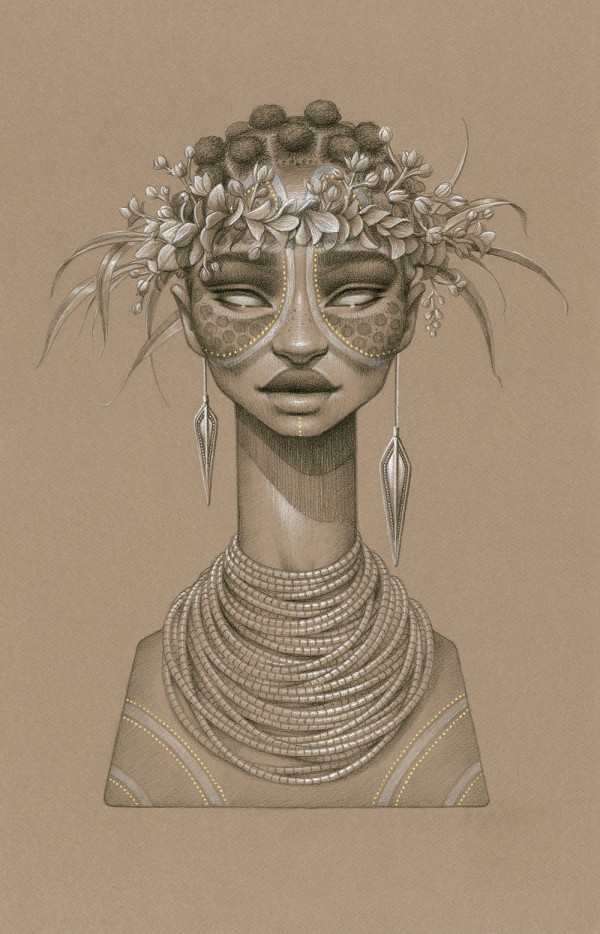 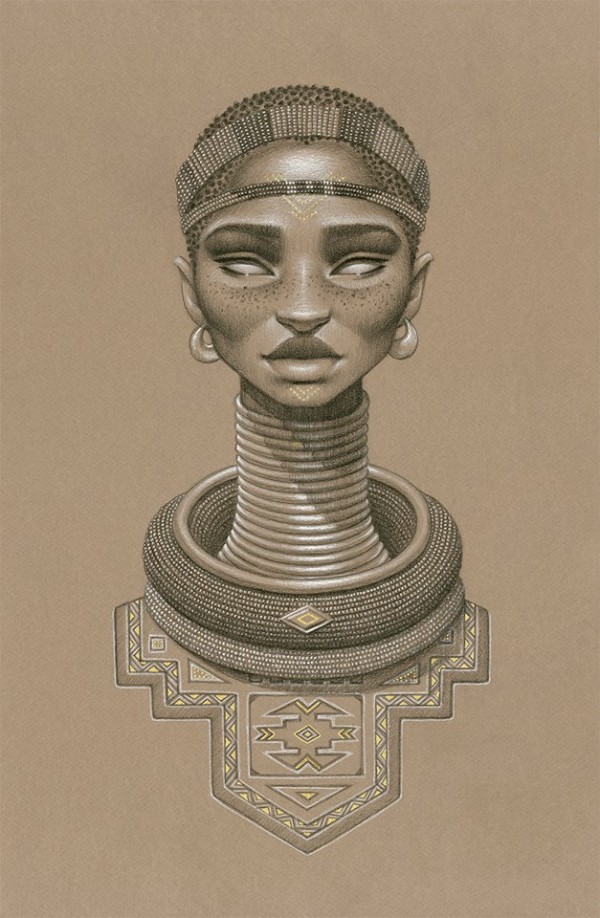 Around the world nearly every ancient culture has celebrated the life-giving power of the sun on the summer solstice, the longest day of the year. In the agrarian cultures, for whom the sun’s importance to the harvest was uniquely felt, her passages were closely watched and marked, and the solstices and equinoxes instructed the farmers when to plough, sow, and harvest. In the Northern Hemisphere the summer solstice is usually celebrated on June 21st, the first official day of summer. Sara Golish marks this celebration with her new series SUNDUST, a salute to the fertility of the sun goddess through ten portraits of women from the continent most touched by the sun’s embrace – Africa. Compelled by the lack of female personified sun deities, Golish aims to revise and re-examine the male dominated sun god through the recasting of the past in order to re-envision the future. Released on the eve of summer solstice, the ladies of SUNDUST represent and celebrate all that is light, powerful, and life-giving.