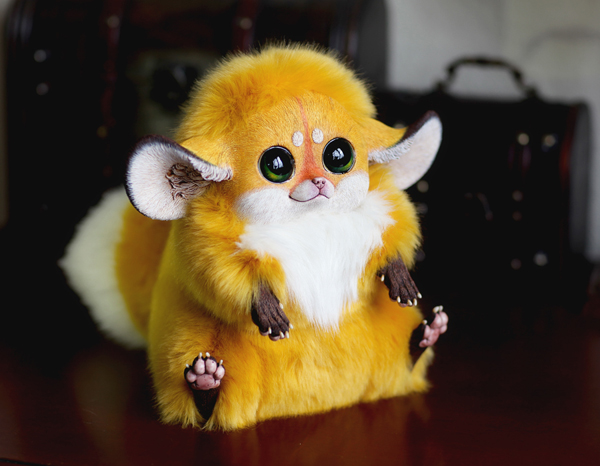 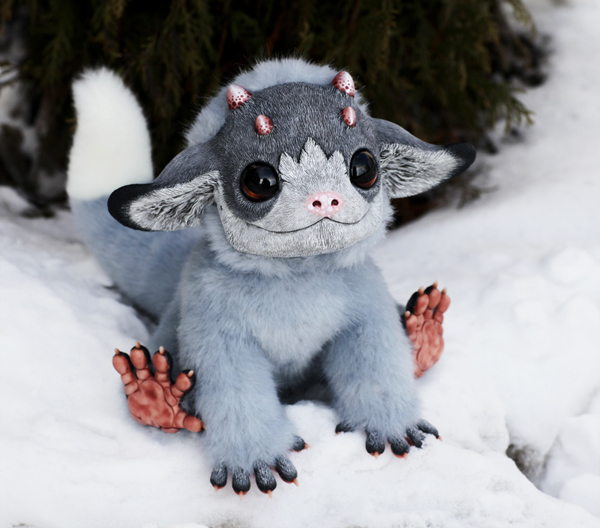 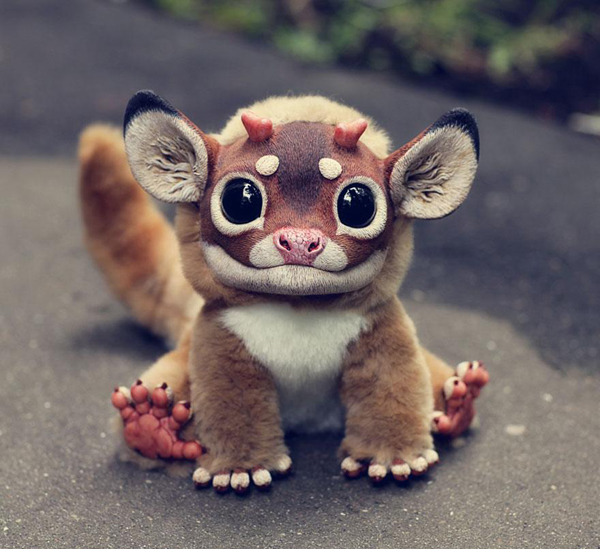 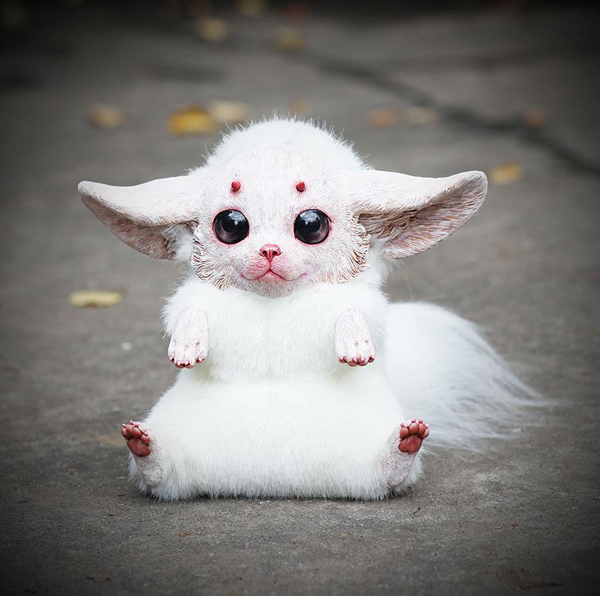 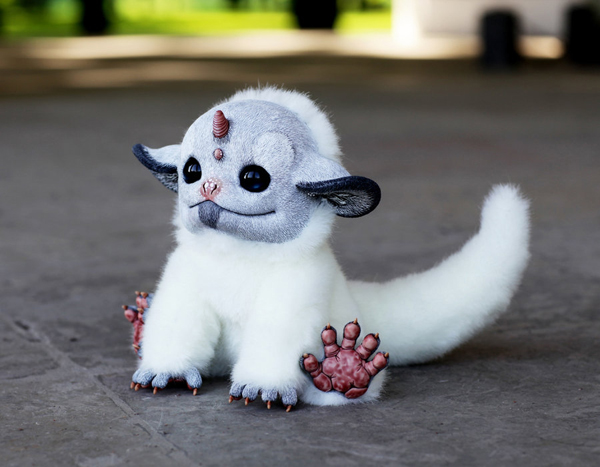 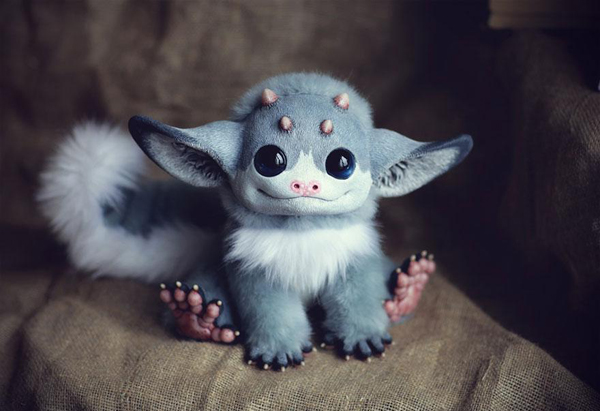 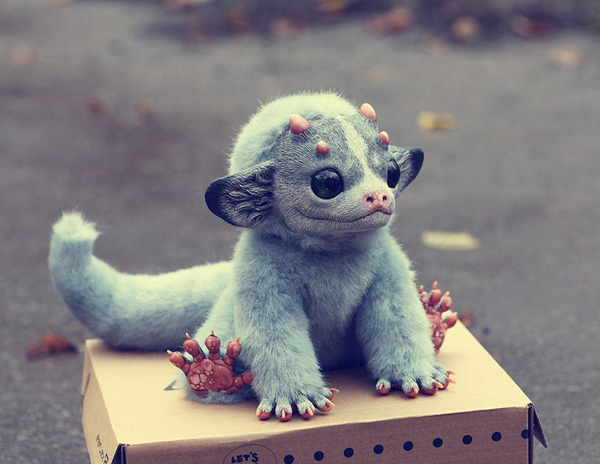 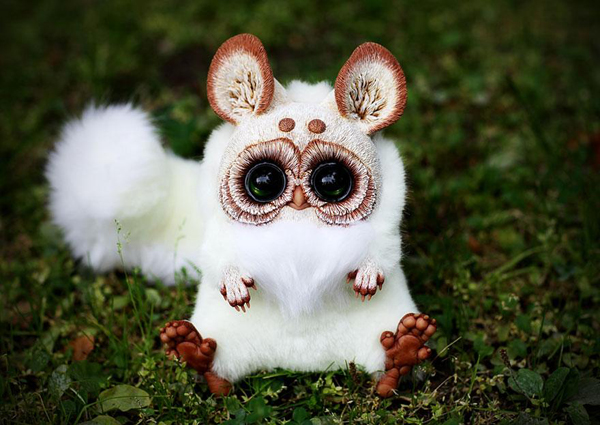 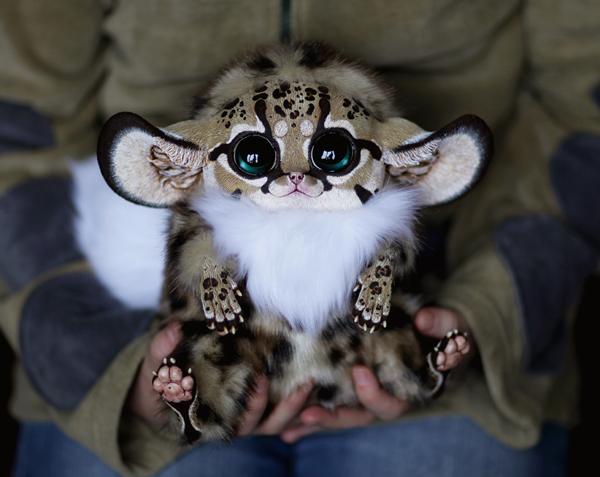 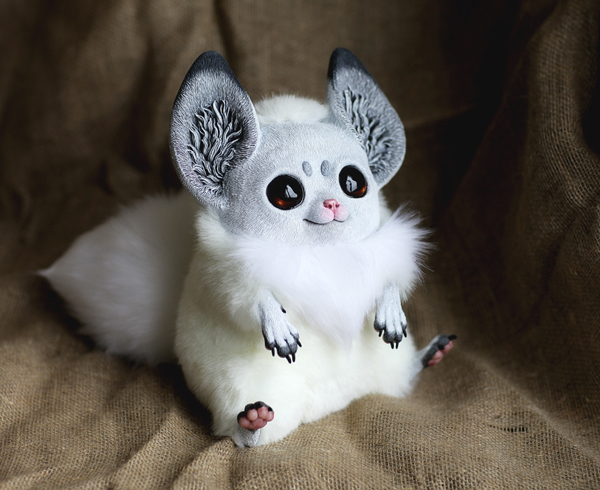 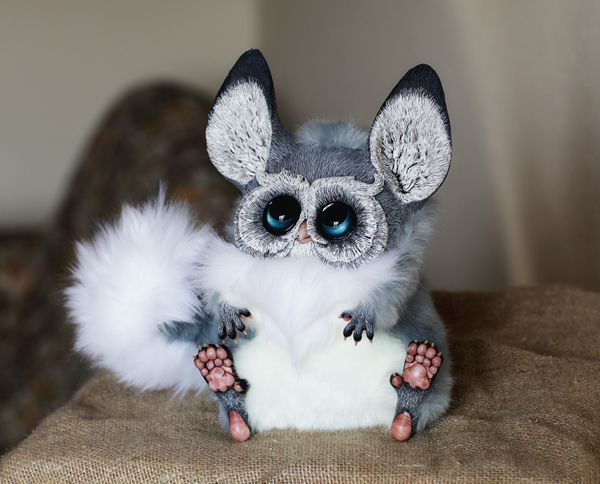 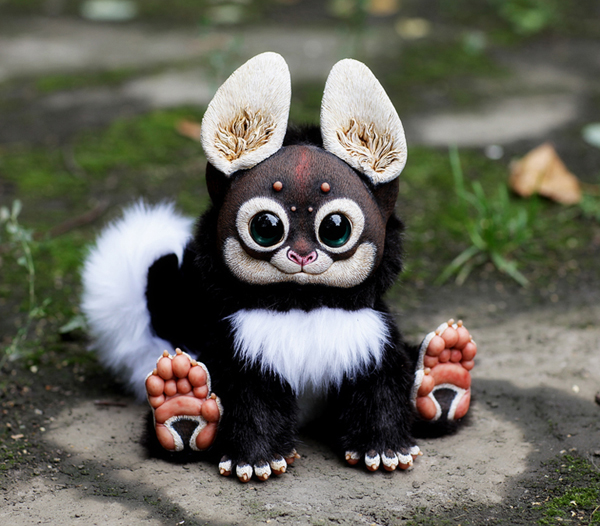 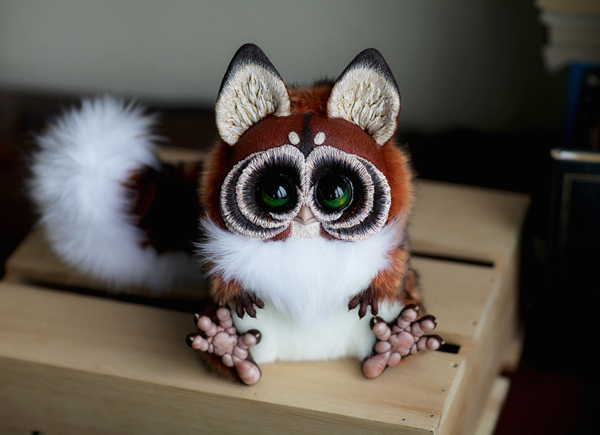 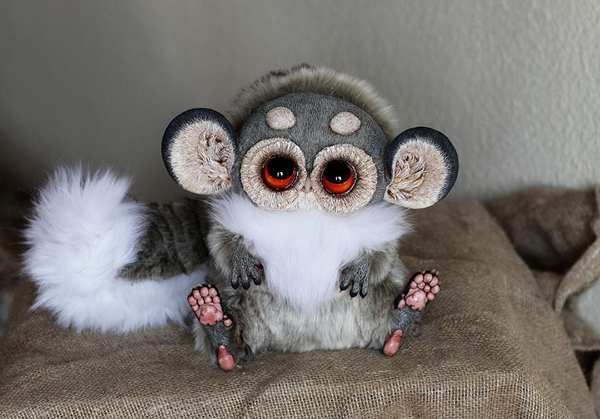 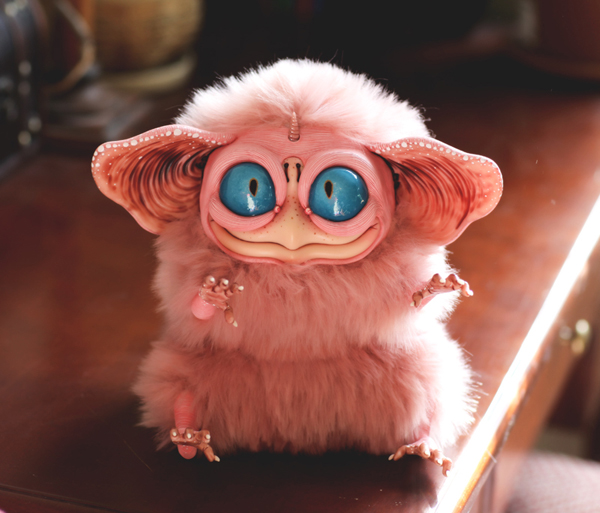 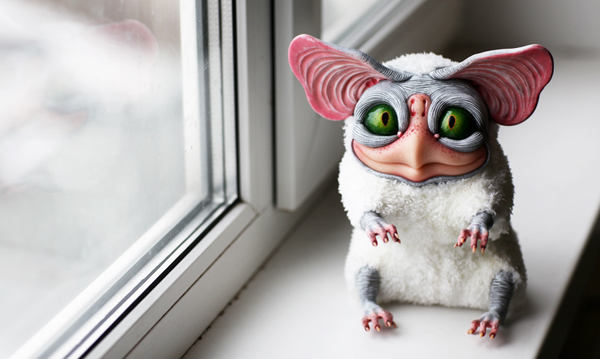 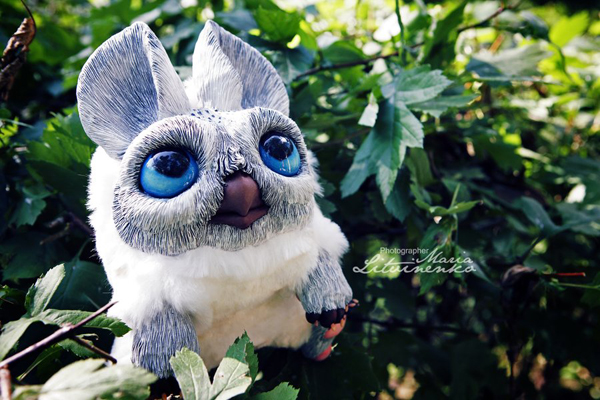 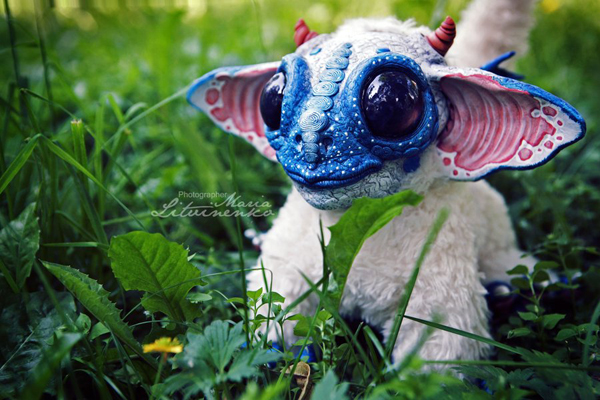 Made by a 23-year-old artist from Moscow, these colourful creatures look like they could be the cuter cousins of the gremlins in Speilberg’s 1984 movies of the same name. Whether you think they’re cute or creepy, these little gremlins have been selling like hot cakes.

Santani, which is the girl’s nickname on deviantart and vkontakte, uses doll plastics like fimo clay, cernit, sculpey and sonet combined with fabric fur to create these detailed fantasy animal dolls. She started sculpting the dolls and putting them on the Internet seven years ago. Santani‘s style has changed a lot since then and her initially monstrous and scary sculptures evolved into less frightening and more beautiful dolls. The majority of her soft-bodied framed dolls fall into categories like Inari Foxes, Tiny Griffins and My Little Dragon.

What’s unsettling about them is that they are at once cartoonish and realistic – their proportions and structures are strange and otherworldly, but the details on their eyes and paws are extraordinarily life-like. It’s as if one of these wide-eyed creatures might blink at any moment and smile at you – or bite you.