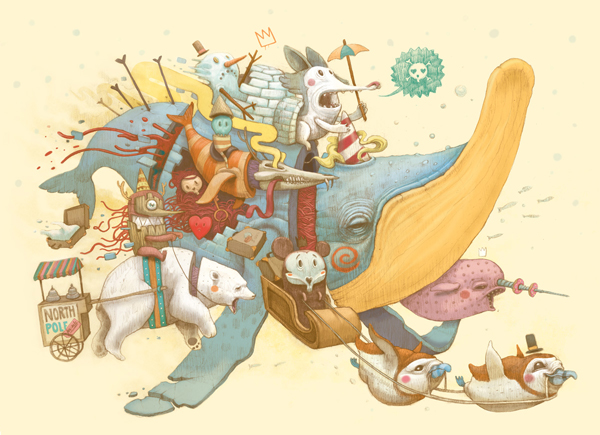 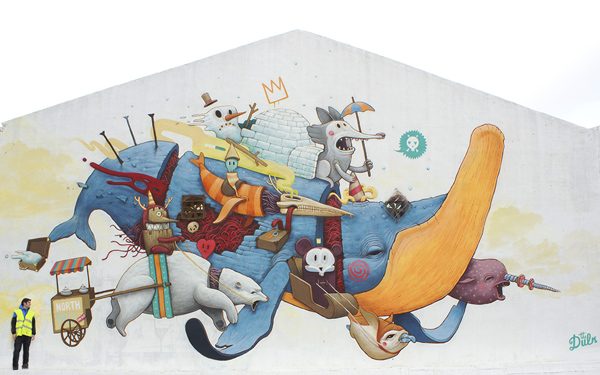 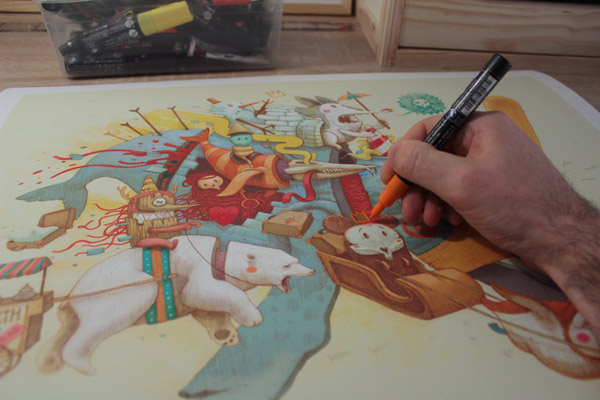 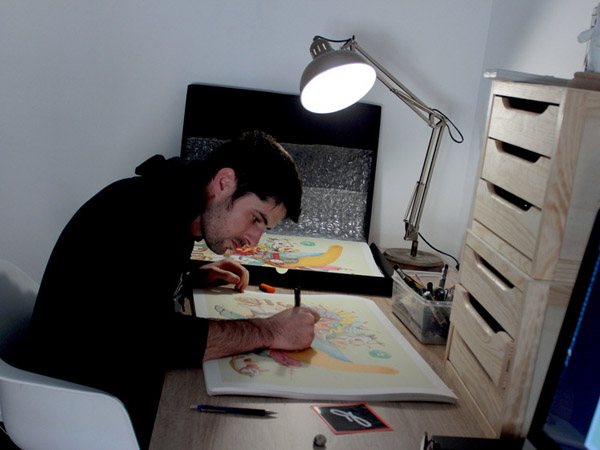 “North Pole for Sale” is the ultimate winter ride. Although Málaga (where Dulk lives) is far from being anything like the North Pole, with its constant warm climate the irony of a cold themed wall in a city like this is quite charming and makes you wonder if anyone has actually claimed sovereignty over the North Pole (if it’s for sale as suggested…). Filled to the brim with an overabundance of arctic animals, each has a twist of cute and dark imaginative touches that Dulk used to create a dynamic tight knit world of quirky and surreal details.

See more information on the North Pole For Sale here
The print is for sale: freshlybakedprints.com

Dulk is a hungry and insatiable all terrain illustrator. Urban art, illustration and graphic design are his fields, his twisted imagination does the rest. He has shown his work in England, Germany, Holland, France, Italy and Belgium, where he has recently won a major international award.

His style is an explosive combination of influences like Caravaggio’s tenebrism or the obsessive detail brushwork of Flemish painting, all mixed with a bizarre, burlesque and affectionate touch that makes it compact, direct and very honest.

Antonio enjoys creating characters and stories based on his own dreams and everyday events, mixing fact and fiction, with a touch of pop surrealism. He’s one of the leading figures of the spanish illustration scene.

“I’m working with several projects as an animation film which will come during 2015. I have some exhibitions this year and my first solo show in Denmark, some wall projects too and some advertisement works.”