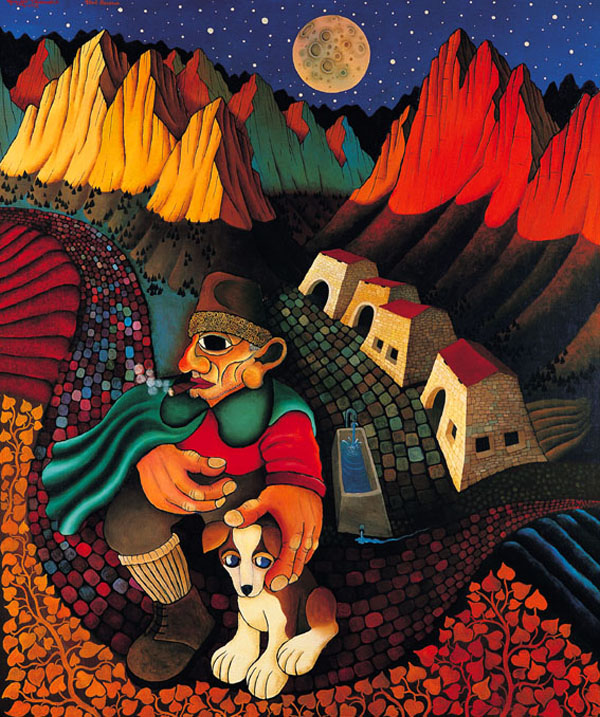 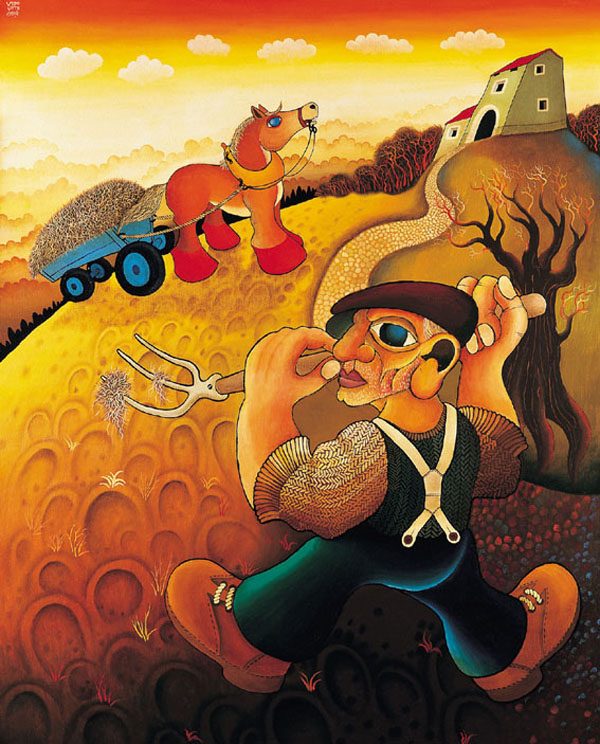 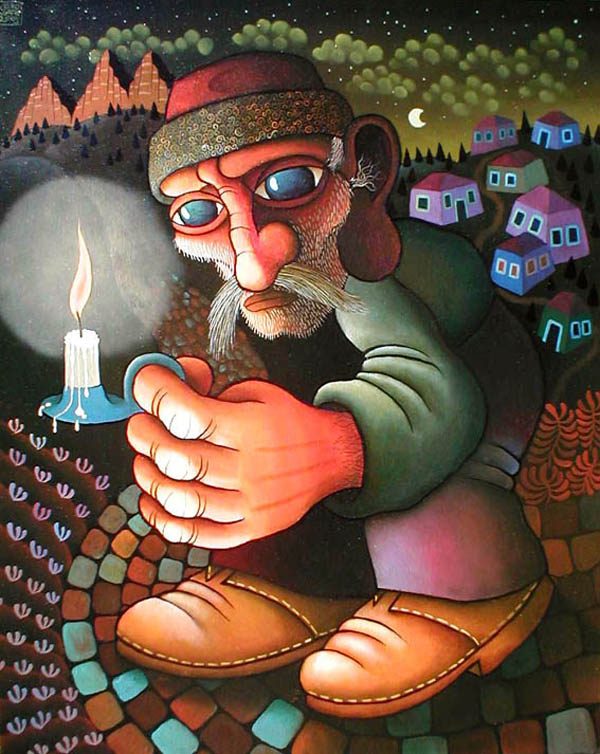 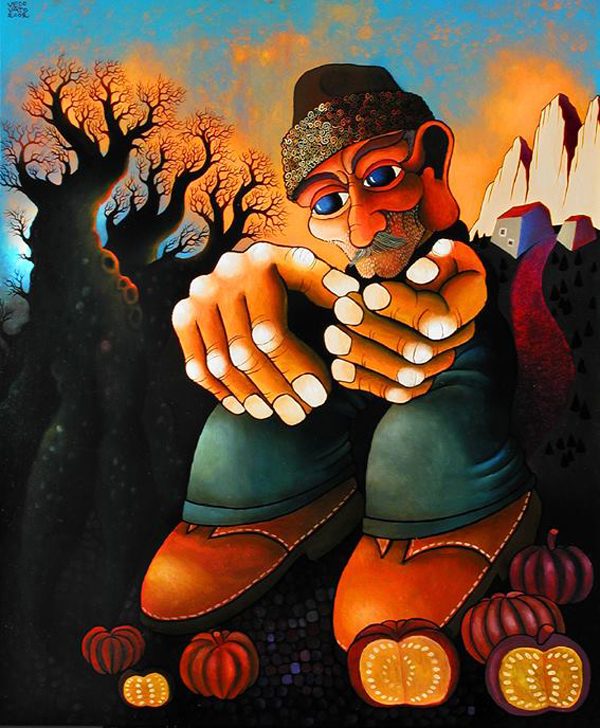 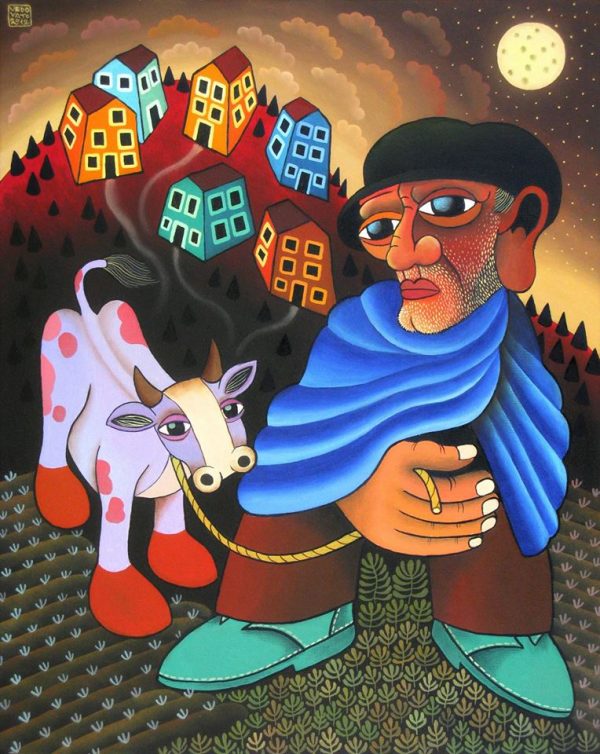 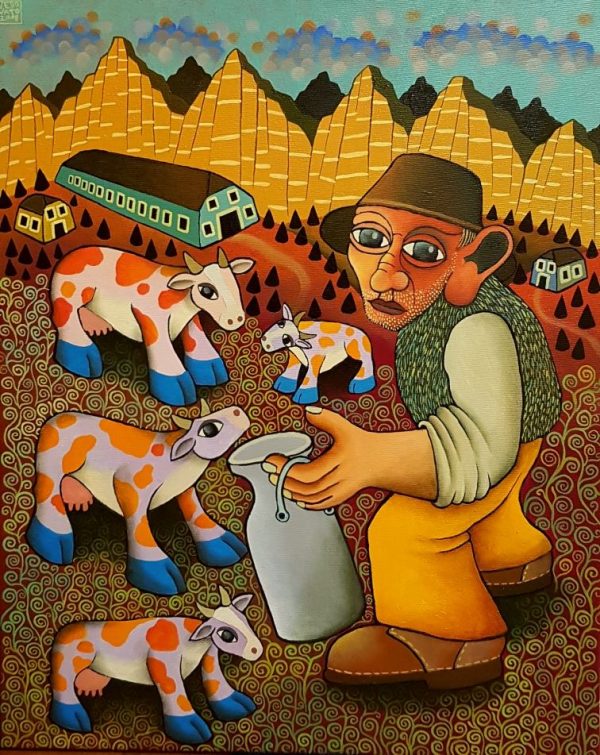 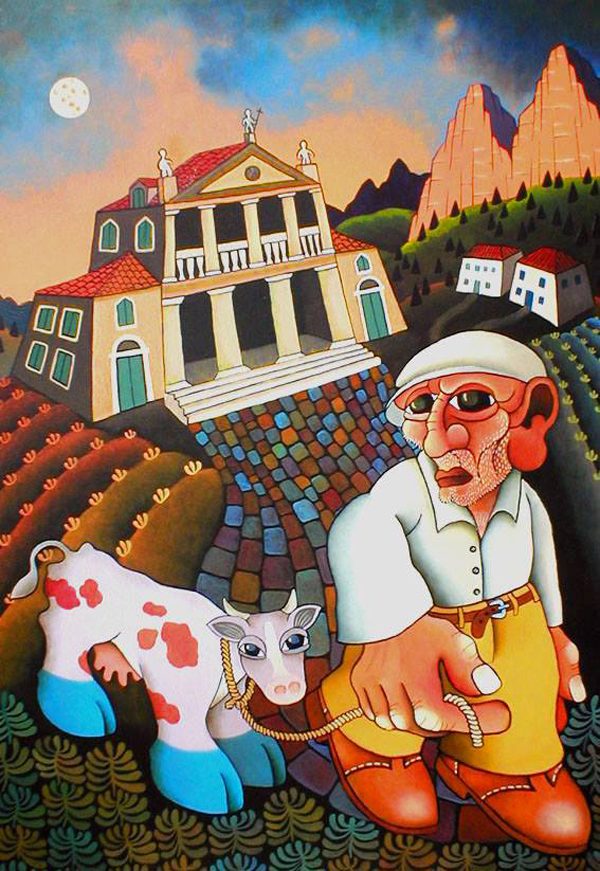 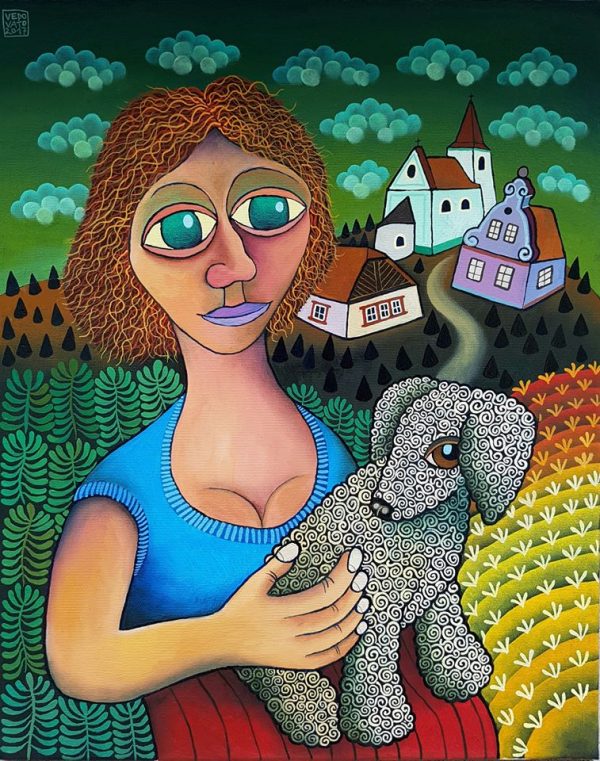 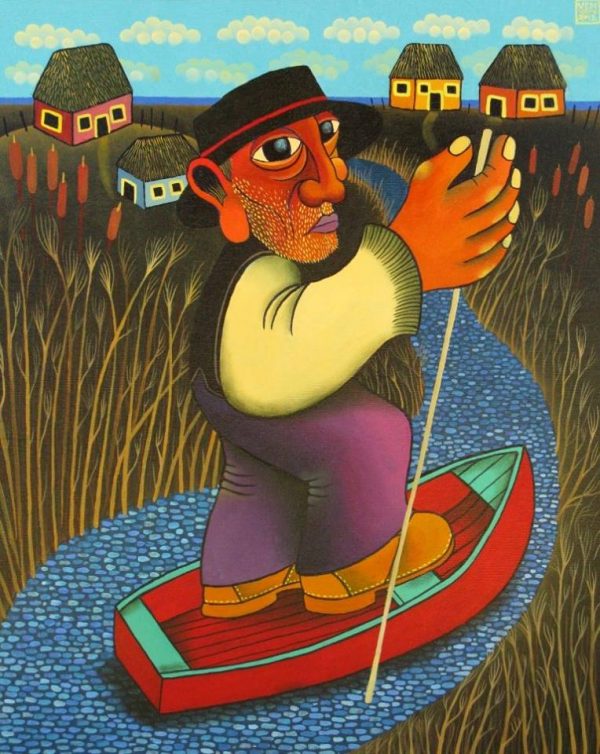 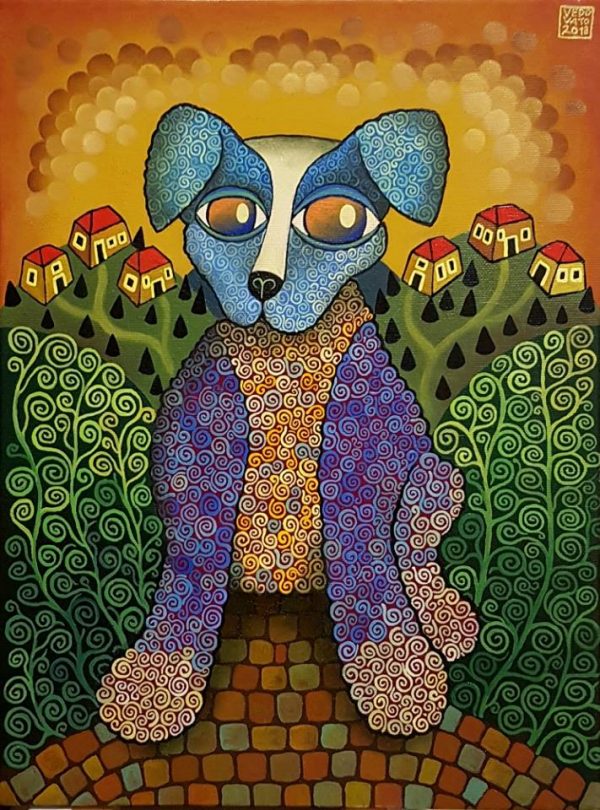 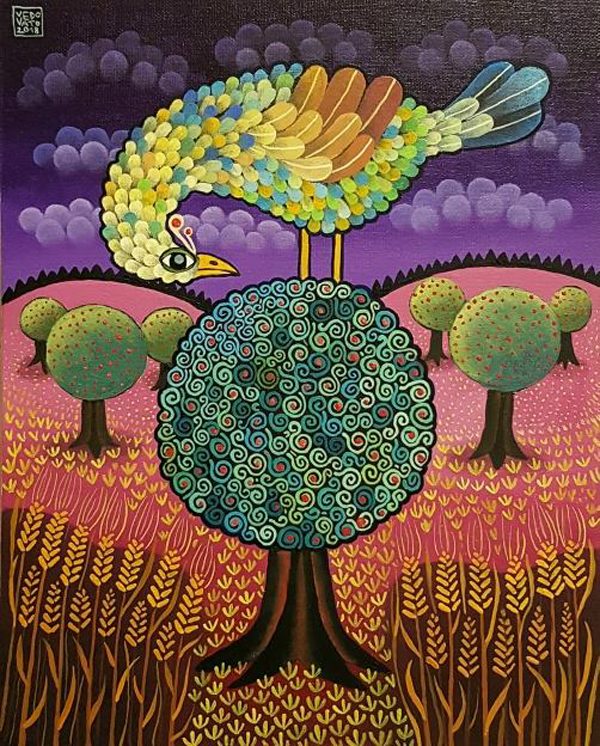 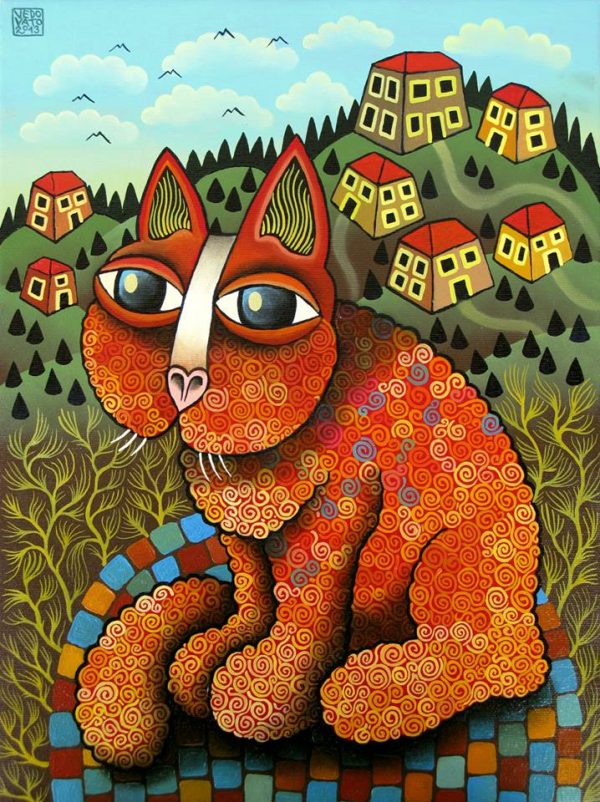 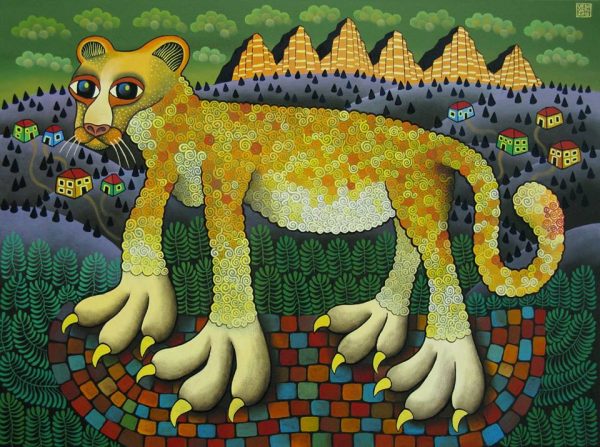 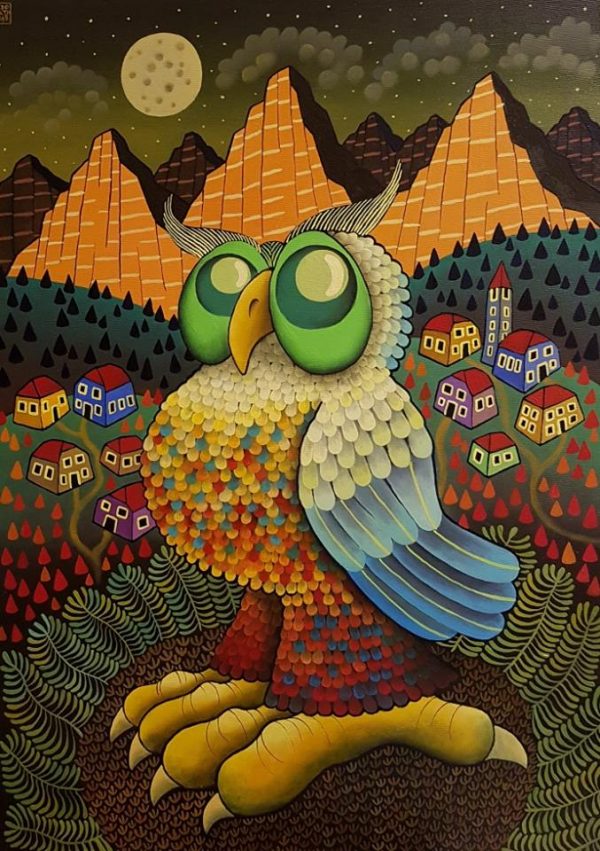 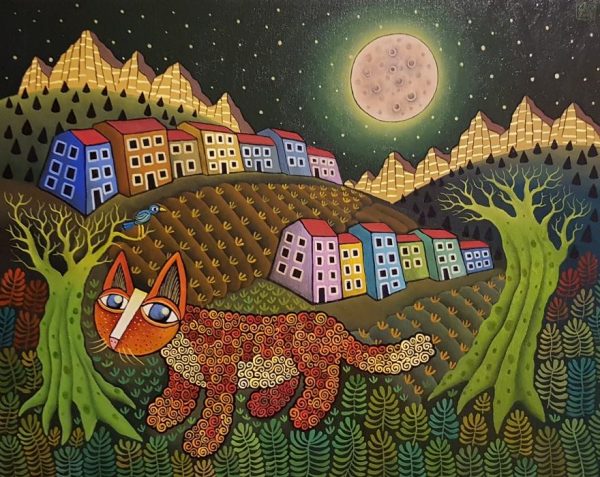 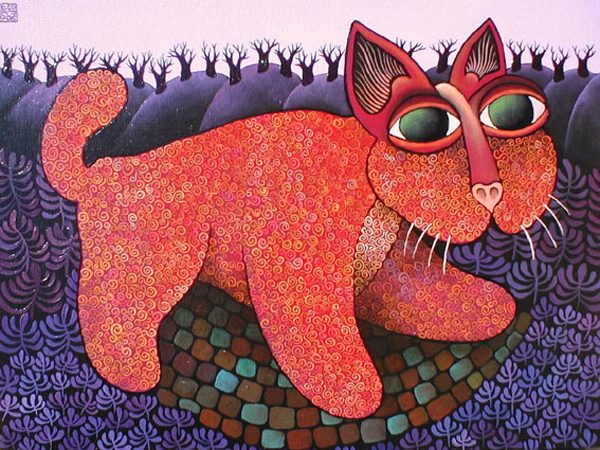 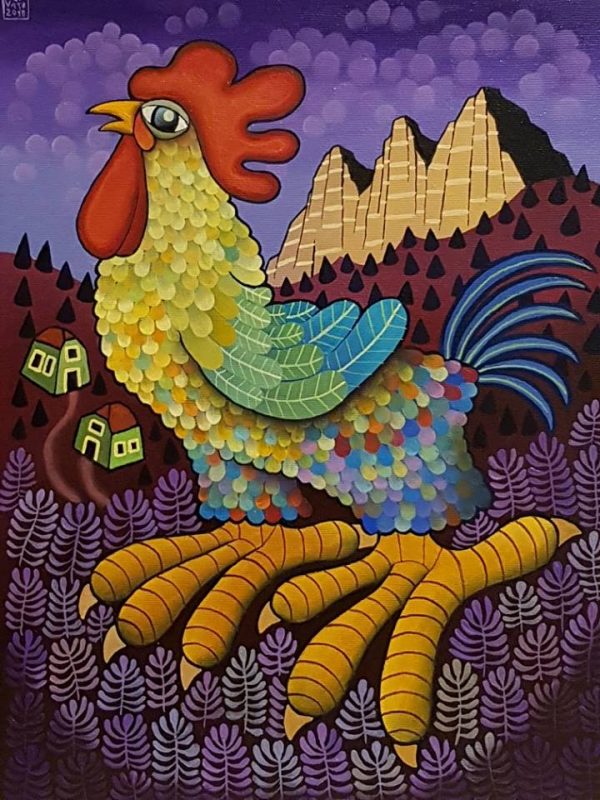 Guido Vedovato was born in 1961 in the north of Italy. Self-taught, he progressively became, in the 1970s, a naïve painter and sculptor, it started as a hobby then he became more and more professional. His first exhibition was in 1986.
Today, his works are exhibited widely in Italy of course, but also in many other countries in Europe, the United States, and Canada. Its paints are inspired by life’s scenes, peoples, animals of the mountains where he has been living for longtime, and they are made with oil on big-size canvas, with a very original style which cannot be absolutely classified among any existing naive paint-school or paint-style. About its sculptures, he has a predilection for primitive wodden or terracotta figures, raw or coloured too, with shapes ascribable to the traditional and popular sculpture of the north-eastern alpine area of Italy. His works is close to that of Dominique Peyronnet regarding the strange and fantastic atmosphere that is portrayed in his work. The fall of night reveals its mistery through nocturnal birds and other animals. His rejection of perspective reminds us of children’s drawings or those of the Egyptians who underlined, by this method, the hierarchical order. The artist, while highlightings a great number of details, forgets reality, making his paintings an invitation to immerse ourselves into his childlike and colourful world.