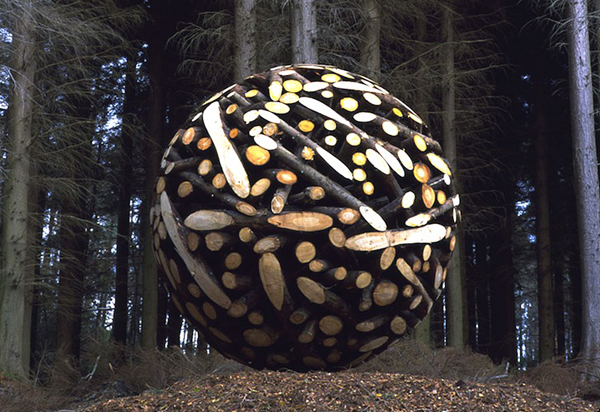 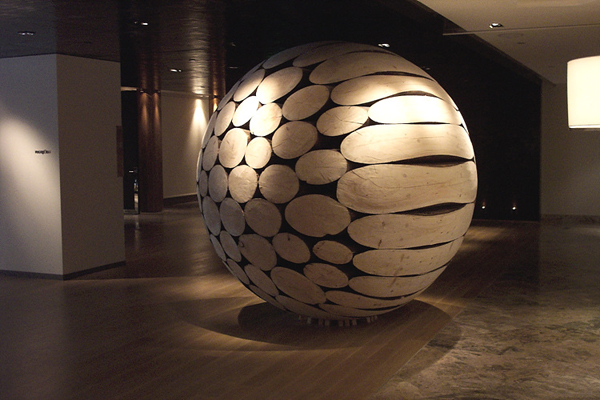 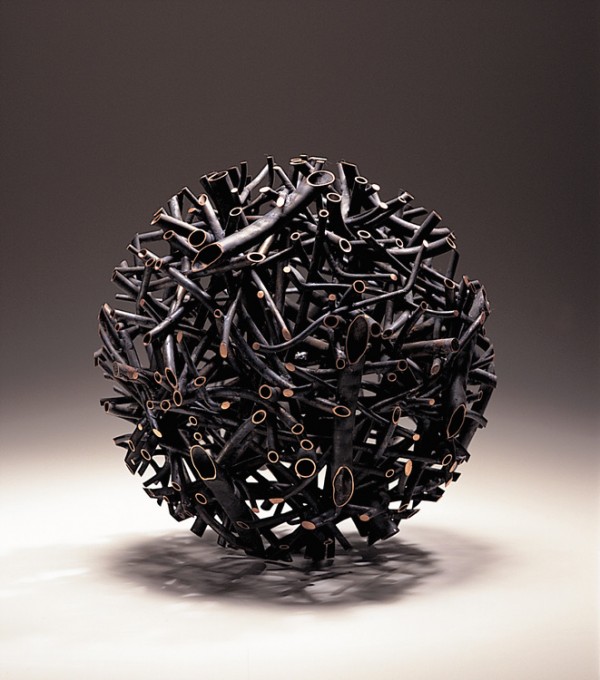 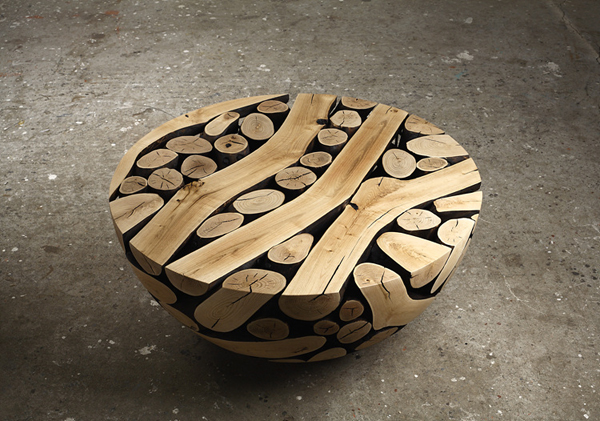 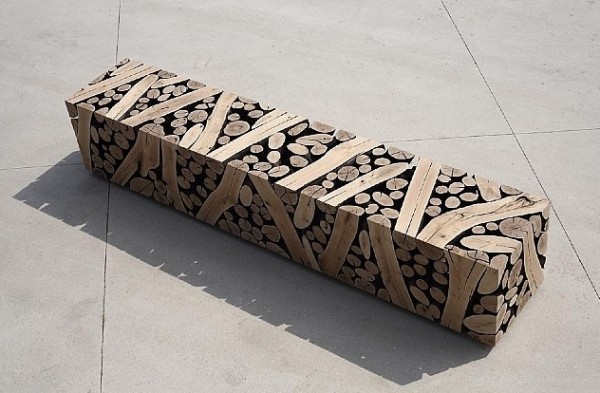 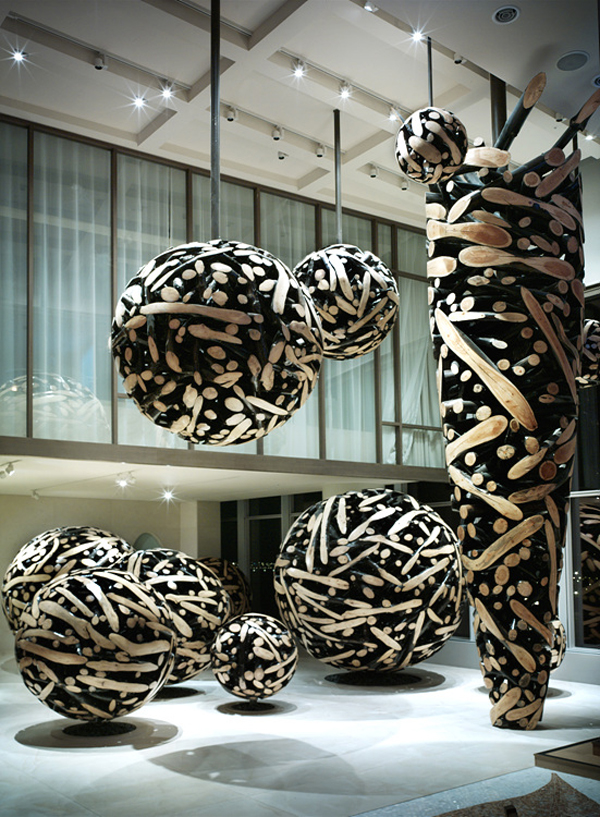 Nature never fails to elicit awe but Lee Jae-Hyo is presenting contemplations of natural form so stark they almost seem alien. The Korean artist relies not only on what he can glean from surrounding natural objects, his method, too, derives from the uncontrolled, accidental processes of nature. From giant, purely sculptural pieces, to more utilitarian tables or benches, Lee transforms the wild into the aesthetic. Piles of discarded lumber become ominous floating orbs the size of rooms, or amoeba-esque furniture that morphs in smooth contours and bid no leaning toward geometric conception. Lee comments that by disregarding geometric form he is attempting to preserve the shapes that wood most naturally implies. Whether the overall structures Lee produces denote the formulaic circle or embody organic variations of parameter, the textural effect of each piece takes prominence; surfaces intensify in swirls of raw wood grain, boldly appearing then receding to a dark core before another wooden globule continues the shape. A sense of harmony arises from the shifting parts reveling an energy not just of the sculptures but between each part that comprise them. In Lee’s efforts to reclaim the natural from the traditional his work speaks to a modernity more grounded in simplicity than extravagance.